Here we will outline what would be a good option for a North Korea private tour of just three nights. Have a look below for what we would suggest for anyone looking to taste as much as possible on a quick trip – drop us a line if you would like us to put together a bespoke itinerary for you!

While most people who visit North Korea as tourists do so on Group Tours, the numerical majority of trips are actually Private Tours.

North Korea private tours involve a bespoke itinerary designed for groups from one person up to any number at all.

Koryo Tours have specialised in tourism to North Korea since 1993 and have always put immense effort into making sure all private tours are designed for the traveller specifically. We suggest that anyone interested in this option have a look at our Detailed Travel Guide Book and use it as a way to start a basic wish list. We can then work on this to make it the perfect itinerary for the wants and needs of the private traveller/group.
North Korean guides for private tours can speak a wide range of languages, and see if they speak something you would prefer to be guided around the DPRK in.

We are often asked to send sample itineraries for a highlights package.

Here we will outline what would be a good option for a private tour of just three nights.

Have a look below for what we would suggest for anyone looking to taste as much as possible on a quick trip – drop us a line if you would like us to put together a bespoke itinerary for you! 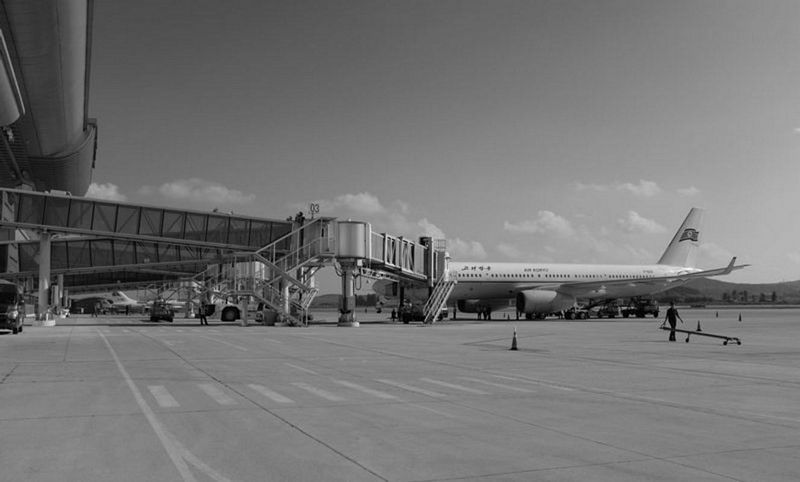 - 13:00 Flight from Beijing Airport to Pyongyang Airport on Air Koryo. Pass through DPRK customs and immigration and meet local guides. The tour begins!
- Heroes Cemetery – at the entrance of Pyongyang city and built in 2013. A Cemetery for heroes of the Victorious Fatherland Liberation War (Korean War)
- Kim Il Sung Square – the centre of the city. Venue of parades and rallies. Start a walk here for a brief orientation
- Foreign Languages Bookshop – see what literature is on offer and start your DPRK tour souvenir collection!
- Walk along the Taedong River – build up an appetite for dinner!
- Dinner at one of the tourist restaurants in Pyongyang – get to know your guides at the start of the tour!
- Overnight in one of Pyongyang’s Hotels – Yanggakdo Hotel has the most to do, Koryo Hotel is the best located, or choose a less-visited option such as the Haebangsan Hotel, Sosan Hotel, Chongnyon Hotel, etc 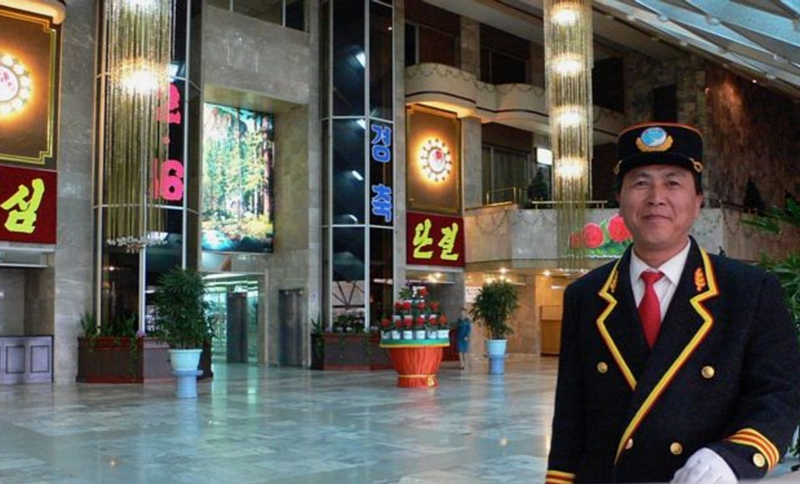 - Kumsusan Palace of the Sun – the mausoleum of Kim Il Sung and Kim Jong Il. Dress formally and see this amazing palace where the two first Leaders lie in state
- Revolutionary Martyrs Cemetery – hillside cemetery of heroes of the resistance to Japanese occupation. Offers amazing views over Pyongyang on a clear day too!
- Pyongyang Metro – take a ride on this very deep and ornate underground system alongside local travellers
- Arch of Triumph – erected to mark Liberation, this massive monument is larger than its Parisian counterpart
- Lunch at Pyongyang’s most famous restaurant – Okryugwan – famed for Cold Noodles, the signature dish of Pyongyang
- Moranbong Park – on a sunny Sunday Pyongyangers gather here in multitudes to picnic, have drinks, sing, dance, and play games. Join in with them and take the opportunity to mingle with the citizens
- Mansudae Grand Monument - massive statues of Kim Il Sung and Kim Jong Il, one of the most iconic places in the city
- Juche Tower – the tallest stone monument in the world, ride to the top for an un-matched view over Pyongyang
- Monument to Party Foundation – Hammer, Sickle, and Writing Brush – symbolizing the 3 pillars of DPRK society (workers, farmers, intellectuals)
- Golden lane Bowling Centre – great place to spend a little time on a Sunday with local people enjoying some leisure. Bowl or don’t bowl – the experience is unforgettable anyway! (also you can visit the Kumrung Health Complex next door)
- If you’re feeling fancy then upgrade your dinner option to the very best restaurant in North Korea – Ryugyonggwan. Not by any means a ‘normal’ restaurant for this country, see how people treat themselves!
- if you still have the energy then try one of the evening funfairs in Pyongyang. Kaeson Youth Park is a great option, and usually packed with locals 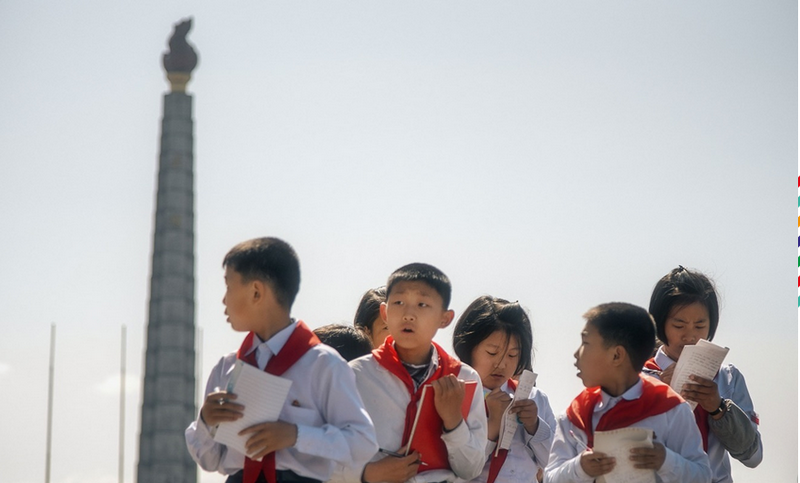 - Start early and drive from Pyongyang to Kaesong – a 3 hour drive to the south down the Reunification Highway, stopping along the way and enjoying the scenery too
- Panmunjom/DMZ – the most fam ouns place in the country. The de facto border between North and South. Get down to the demarcation line after seeing the halls where the 1953 armistice was negotiated and signed. A deeply sad, evocative, and meaningful experience.
- Kaesong Koryo Museum – A UNESCO site and former Confucian University. See a bit of ancient Korean History. An excellent Stamp Shop is also on site.
- Lunch at one of Kaesong’s Restaurants – try the Pansangi; meal of kings
- Janam Hill – Topped by statues of the Leaders, a view over the only old city in the DPRK too
- Tomb of King Kongmin – One of the most significant kings of dynastic Korea, and an architectural marvel and UNESCO site
- Return to Pyongyang in time to make a stop at the Victorious Fatherland Liberation War Museum – also site of the American espionage ship the USS Pueblo. To understand what makes the DPRK today the way it is then an understanding of how the country views itself in relation to the US is key, and this place will give you a good sense of that
- Finish the day with a drink at one of Pyongyang’s local bars. We would suggest the Munsugyo Bar – have a couple of pints of local beer alongside local inbibers!
- Finish the tour with dinner at the Pyongyang Duck BBQ Restaurant, an excellent way to wind down a quick but packed adventure in North Korea.
- Spend a final night in Pyongyang 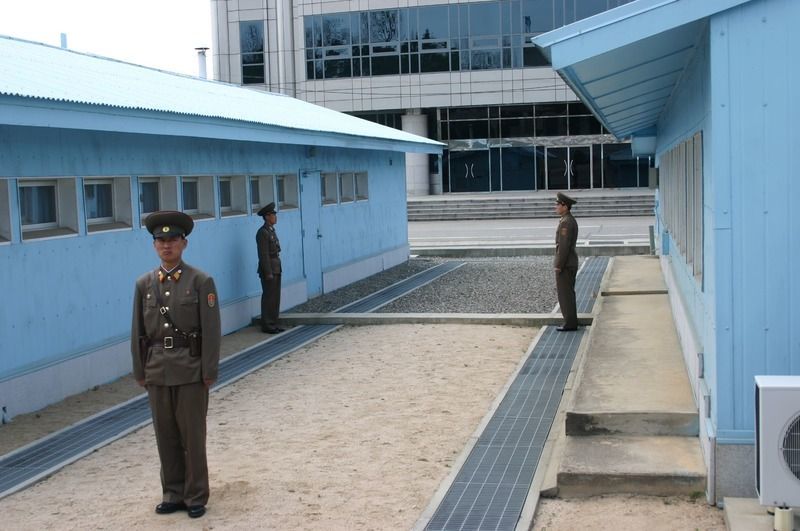 - Up early to get to the airport for the 08:20 flight back to Beijing. Say goodbye to the local guides and finish the tour with a final Air Koryo flight. This is just a suggested itinerary. The beauty of a private tour is that you create the itinerary. As long as it's possible in North Korea, we can make it possible, too. It can be adjusted, changed, personalised, and altered as the travellers need.