It had its main capital in Kaesong for most of its duration and despite coming to an end several hundred years ago, has given its name to various enterprises and organisations ever since, from Air Koryo (North Korea’s national airline) to Koryo Tours (the leading travel company innovating in tours to North Korea), and of course Pyongyang’s famous Koryo Hotel.

Located on Changgwang Street, the Koryo Hotel sits in a prime location right in downtown Pyongyang. It sits in close range of the Pyongyang Railway Station, the Party Central District (the so-called ‘Forbidden City’), the Yokjon Department Store,  and many more Pyongyang landmarks and crucial areas.

Next to the Koryo Hotel is the central Stamp Store. Two minutes’ walk away is the first modern café in Pyongyang (the Pyolmuri Café), and various other restaurants and bars are just a short stroll from this building.

Of course, tourists have to go with guides, but there are options within a few hundred paces from here to the next place.

It is among the most convenient places it is possible to stay when on a visit to North Korea. 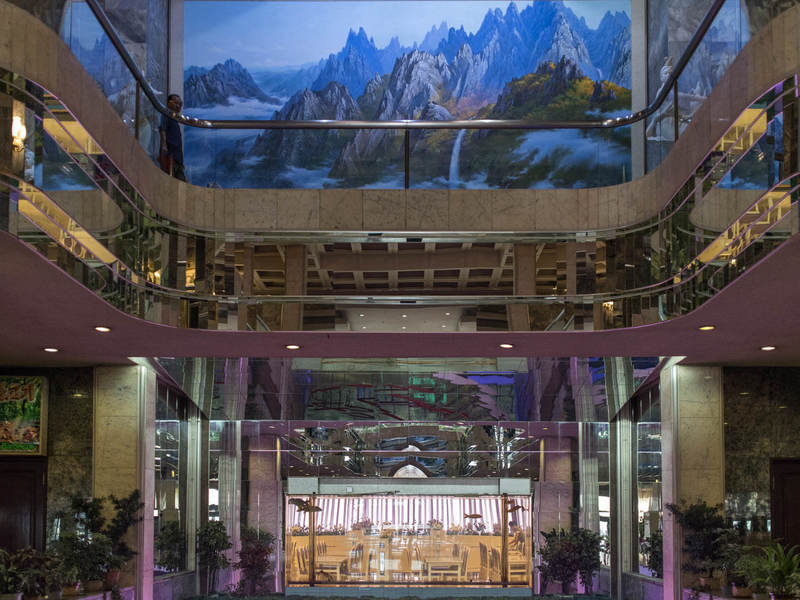 Built in 1985 as the first ‘deluxe class’ hotel in Pyongyang (North Korean hotels do not use a star system, so ranking can be somewhat subjective), the Koryo Hotel is a twin-towered, 43-storey building covered in red tiles.

It is immediately recognisable to any North Korean, and to many people around the world too, as one of the iconic buildings of Pyongyang and North Korea in general. 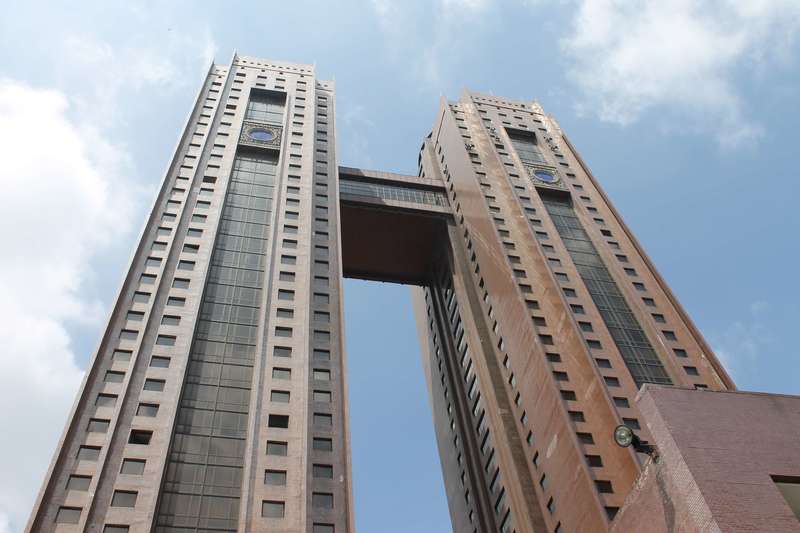 The Koryo Hotel is well-equipped with facilities for guests.

In the lobby floor you can find restaurants, a bar, tea house, a small supermarket, cloakroom, international communications centre and more.

On the mezzanine floor more bars, a billiard room, bookshop and meeting rooms.

Down in the basement there is a pool and basic gym, as well as a fantastically retro Karaoke room, scene of many a late-night and also the first-ever performance in North Korea by a foreign DJ.

Rooms vary in size and layout, but the standard rooms are comfortable albeit a little dated with flowery carpets, dark wallpaper and bedspreads. Most have a table and chair in a cubby by one of the large windows (that can be opened to an extent, not usually possible in western hotels of such height).

There are also suites, rooms with very large beds, all manner of options here.

Koryo Hotel received some extensive renovations in 2017 which mainly focused on the lobby and on public areas which were made much shinier. 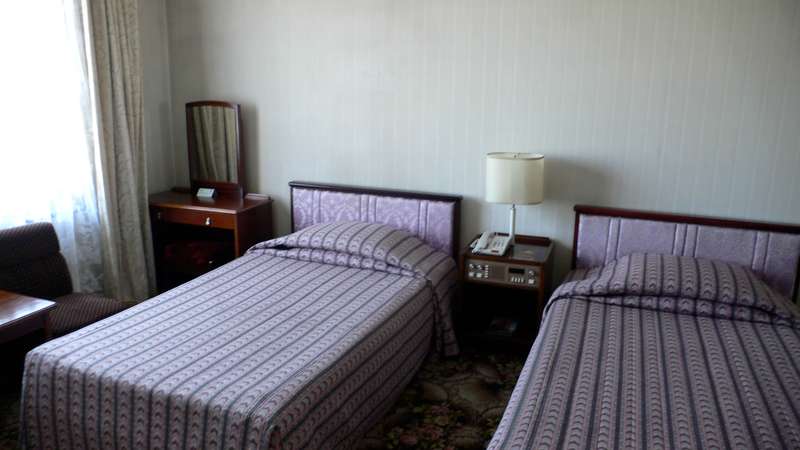 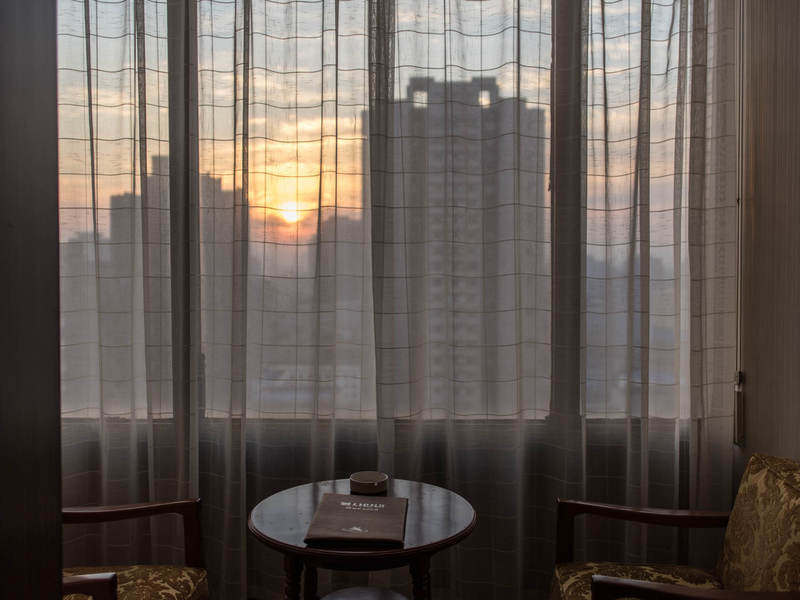 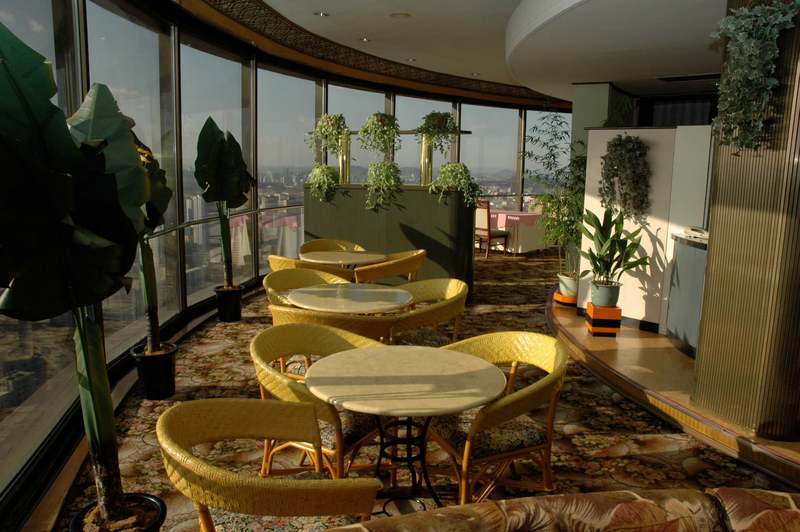 Around 2011 ground was broken in the space behind Koryo Hotel (previously a small unused garden and some areas used by staff) on a new hotel, this was never completed though and quietly the project was closed.

The first ever performance in North Korea by a foreign DJ was in the Karaoke room of the Koryo Hotel, with Shanghai-based American DJ BO (Brian Offenther) spinning party classics in August 2012 to an audience of tourists, diplomats, and tour guides.

In 2015 there was a fire at the Koryo Hotel on a higher floor which for a time looked very bad news, it was swiftly dealt with though, repairs were made and the rooms reopened.

The extensive renovations in 2017 which focused on the lobby and public areas have sadly thrown the rather dated aesthetic of the rooms into sharper relief. The bar and tea shop in the lobby also swapped places and a detailed model of the Koryo Hotel was installed in the lobby, presumably with an even smaller model of the Koryo Hotel inside the model lobby, with an even smaller one inside its own lobby, and so on into eternity.

In late 2019 the Koryo Hotel became one of the buildings in central Pyongyang to fall victim to a curious trend which is as-yet unexplained (many theories abound, one day we may know the full story!), as the windows of many high-rise buildings, apartment and hotel, were blocked up to obscure and limit views over certain parts of the city.

So, at the time of writing if one stays in the Koryo hotel expect the view to be blocked above a certain level (and sadly from the Revolving Restaurant too).

This will likely change back in the future, so watch this space! 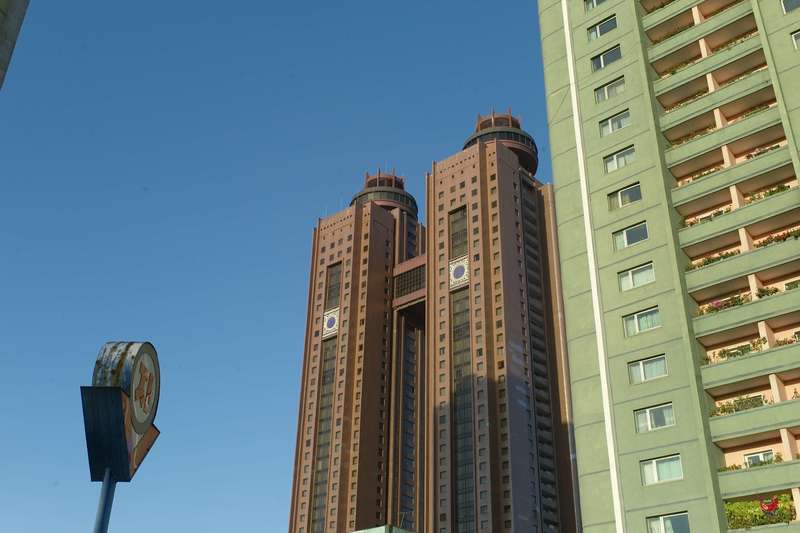