Air Koryo is the flag carrier and only airline of the DPRK and apart from Air China’s tri-weekly air-bridge between Beijing Capital and Pyongyang, the only air connection between North Korea and the rest of the world.

It is also possible to charter Air Koryo planes both domestically (6 cities) and internationally. The latter is subject to approval by the civil aviation authorities of second countries.

North Korea’s flag carrier is often referred to as the “only one-star airline”, a myth busted in our blog in which we rated Air Koryo a 3-star airline. 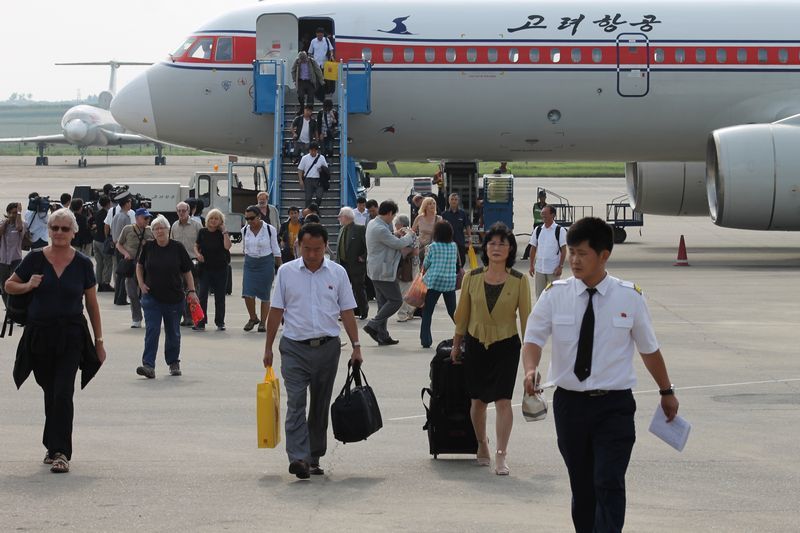 It is also possible to charter flights within North Korea to Mt. Paektu, Chongjin, Wonsan, Hamhung, Mt. Kumgang, and Sinuiju. 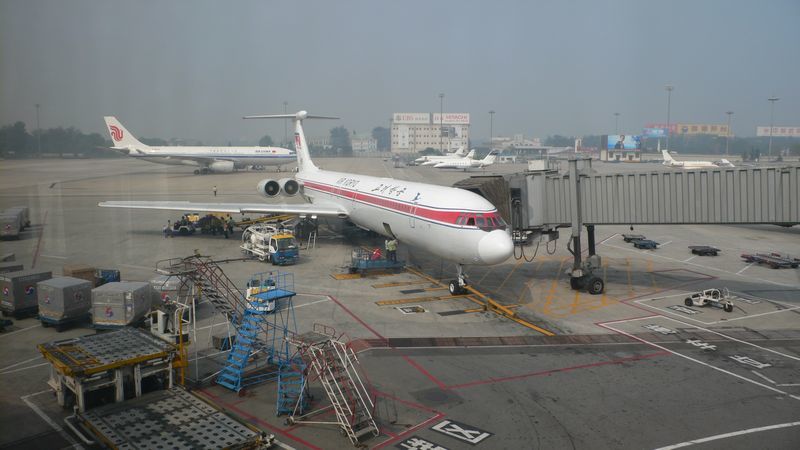 Ticket booking is handled by Koryo Tours and its partner in North Korea, the Korea International Travel Company. Economy Class passengers can check-in up to 23kg of luggage.

Carry-on limits are not strictly enforced. 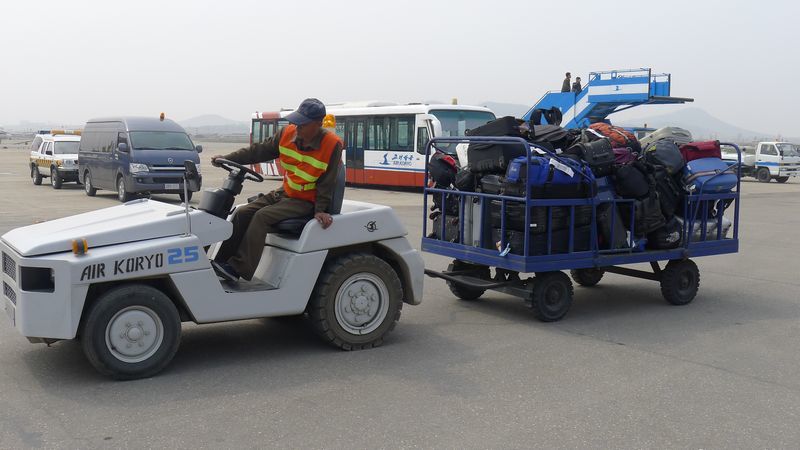 Depending on the travel class, length of the flight, and the time of the day Air Koryo offers cold and hot beverages and a snack or full meal on its international flights. 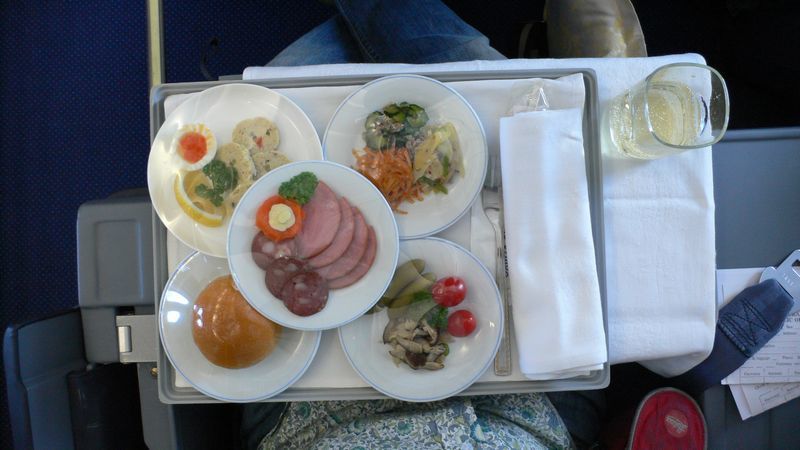 The average age of the international fleet is 12.8 years.

The domestic fleet, both for scheduled and charter services is made of Soviet-era old-timers, a real treat for aviation enthusiast;

*A third aircraft (P-883) is a VIP configuration used by the government.* 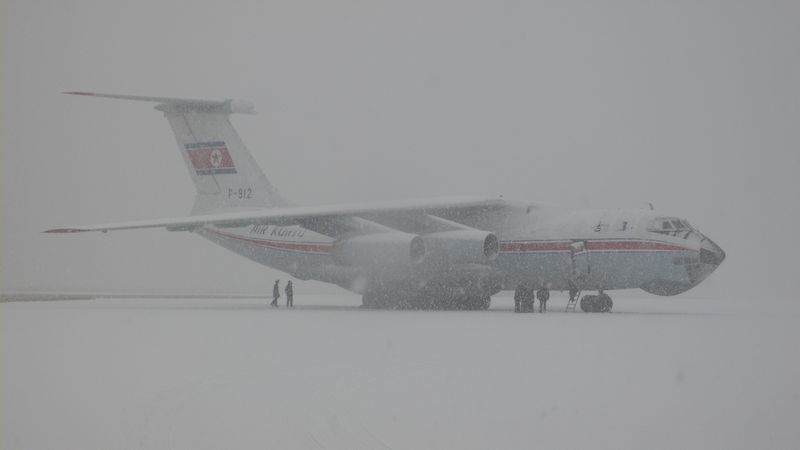 The first North Korean airline was founded as a joint venture with the Soviet Union after Liberation (1945).

In the late 1950s Chosonminhang – Korean Airways (조선민항) was founded.

Domestic operations were started to Hamhung and Chongjin, followed by the opening of international routes to Moscow (with stopovers along the way) and Beijing, Khabarovsk being added later.

Chosonminhang entered the jet age in 1975 with Tupolev Tu-154 aircraft and that allowed their route network extension to East Europe, including East Berlin, Sofia, and Prague.

In 1982 the first Ilyushin Il-62 was delivered allowing to fly to Moscow without technical landings along the way.

Flights to Japan were also operated sporadically due to the relatively high number of Koreans living in Japan associated with the pro-North Korean organization, Chongryon.

The Ilyushin Il-76 cargo aircraft were delivered in the 1990s.

In the 2000s Air Koryo was also flying to Bangkok, Kuwait City, and Kuala Lumpur.

In the mid-2010s these flights were ceased as a result of a UN Security Council resolution urging member states to deny permission to North Korean aircrafts for take off, land, and overfly.

During the thaw in the inter-Korean relations in the early 2000s, there were also charter flights operating to South Korea. 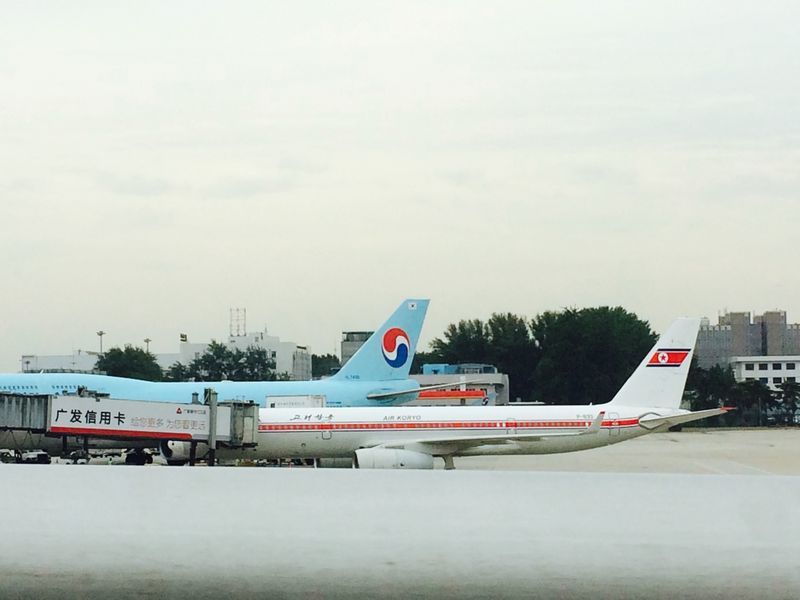