The tomb was entered into the UNESCO world heritage list in 2013. This, despite having been thoroughly robbed in 1905 by the Japanese, using dynamite to blast their way into the main chamber.

This damage has been repaired and visitors wanting to see what the inside of the tomb is like can see a replica version at the Koryo Museum in Kaesong City.

The tomb of King Kongmin is located a mere 30 mins drive from the city of Kaesong. It is the most historically and architecturally interesting of the royal tombs in this part of the country, the 14th-century tomb of King Kongmin (also known as the Hyonjongrung Royal Tomb).

This twin-domed hillside tomb was completed in 1372 and was built to house the remains of the 31st King of the Koryo Dynasty and his Mongolian wife. 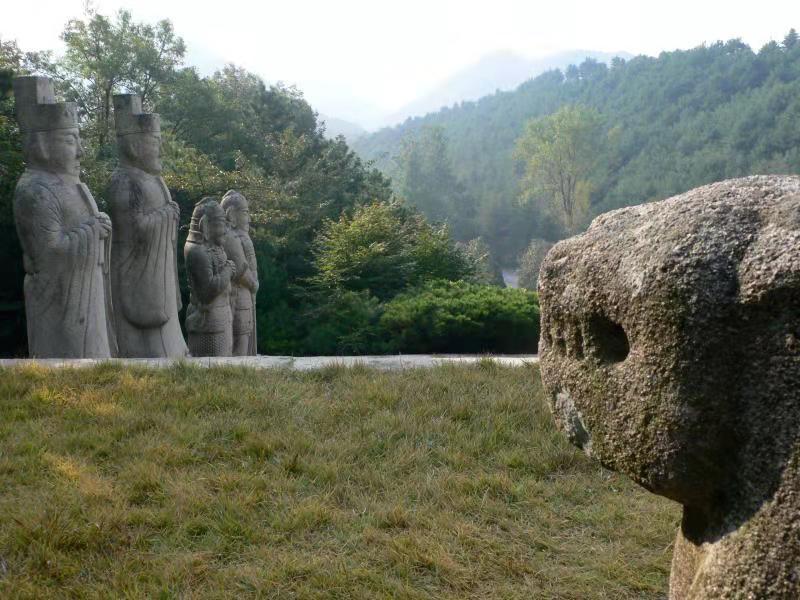 The beautiful setting is attributed to the efforts of the kingdom’s geomancers (basically feng shui specialists of the time) who (as local lore would have it) one-by-one failed to find the ideal location for their king and were executed one by one, until one finally located the perfect spot…and was then accidentally executed by the king’s guard due to a mix up in communication and Kongmin’s bad timing with a handkerchief, visit this tomb for the full version of this tragi-comic story!

The domes of the tomb are linked by a small overground tunnel, which the spirits of the couple could travel between, and on the hillside around the tomb itself are lines of granite statues of sheep and tigers (representing Mongolia and Korea, as well as fierceness and gentleness), as well as civilian and military advisors both veteran and novice. 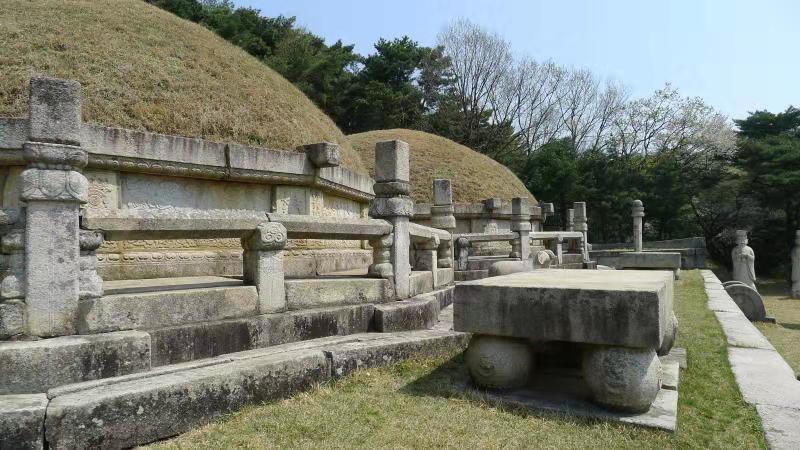 Kongmin himself is one of the more interesting kings of Koryo. At the time of his birth, his country was a vassal of the Mongolians (the Yuan Dynasty in China) and he was sent as a hostage prince to the Mongolian court.

There he met princess Noguk who was to become his queen.

This is another story about how her father found personal drawings Kongmin had done of her and came to believe that the two must be married for decency’s sake due to an incriminating birthmark Kongmin had drawn that most men would have no knowledge of, which turned out to be simply an accidental drop of ink, another of those apocryphal tall-tales that liven up history. Kongmin was an undoubtedly talented artist though and man of his paintings exist to this day.

On his ascension to the throne of Koryo he returned to Kaesong (the then-capital) as the Yuan dynasty crumbled, he embarked on a program of removing Mongolian influence from society and made enemies in the previously-established elite, leading to social unrest, assassination attempts and so on.

Predeceased by his wife, King Kongmin became an angrier man and was eventually murdered in his sleep. He nevertheless got to be buried in the mausoleum though.

Within 20 years of King Kongmin's death. the kingdom of Koryo, which had lasted since the 10th century, was no more. It collapsed under the weight of intrigue, treachery, and the great bogeyman of Korean history; “foreign aggression”.

King Kongmin’s tomb is one of the last great buildings of the Koryo Dynasty and a worthy visit for any tourist in the area. 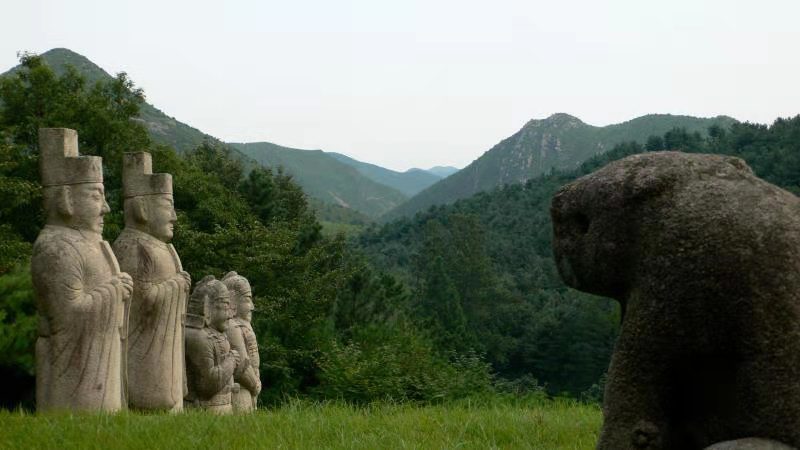 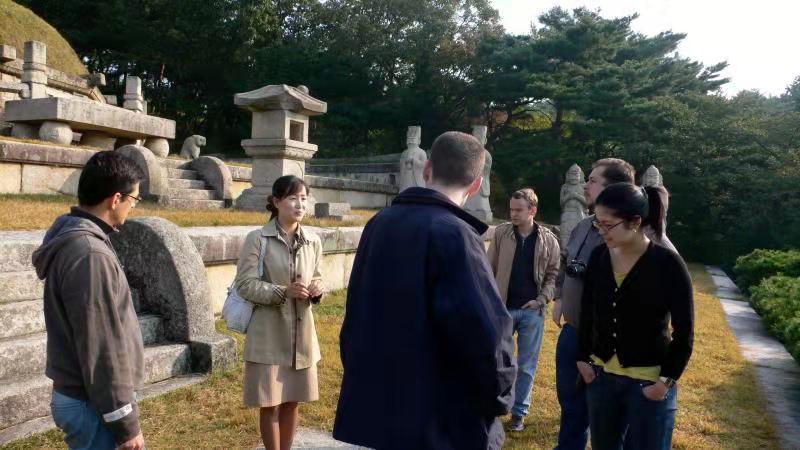