Mysterious Cave Complex at the edge of Beijing A mere couple of hours by road from central Beijing this very interesting and unique spot can be found – a complex of cave dwellings carved into granite cliff faces, and then abandoned by its builders and occupiers, and whose use and purpose remain mysterious to this day.

Various schools of thought exist as to what may have been the reason for carving these dwellings out of the cliff face, and who may have lived here – a small kingdom, bandits, soldiers making storehouses and barracks? The various different sizes of ‘apartments’ here (including one made up of eight rooms), out of more than 350 chambers in total suggest that there was some kind of stratified society here, but the nature of it remains unclear.

These caves are not Flintstones-style houses though, they are from hundreds rather than tens of thousands or millions of years ago, with estimates dating them to perhaps as early as the Tang Dynasty (7th – 10th Century). They were carved by humans using sophisticated methods, a lot of organisation, and a lot of time and manpower. This was a major project done by someone, at sometime - we just don’t know who and when! 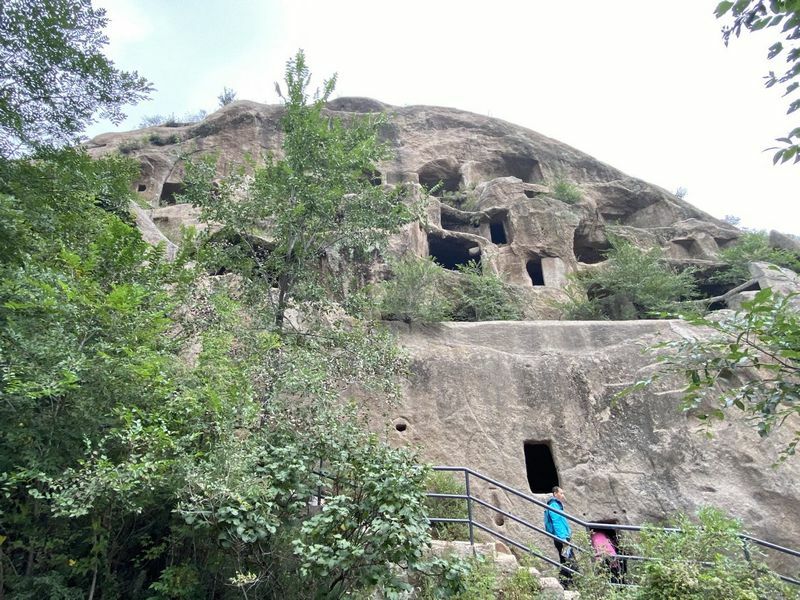 At the actual site of the Guyaju Caves there is not much information available, but this is likely as much due to the fact that not many historical facts about the site can be confirmed, as it is down to a lack of effort from the administrators, after all there are various boards along the walking trail here that give plenty of information about the different kinds of rocks, so an effort to be educational has definitely been made.

Visiting this site is a fairly simple matter – the car park is spacious, the facilities are small but modern (the bathrooms are made to look like caves and are in very good condition), and entry costs 54 RMB per person.

To get to the caves themselves a path is followed that heads on a mild uphill through a valley, with various smaller caves carved out along the way, perhaps guard houses? Then the first of two large complexes looms into view, with some of the lower caves open to anyone who wants to climb inside and see if they would enjoy living under millions of tons of rock!

Climbing the steps between the two main cave sites brings the visitor to a viewing area that offers the best photo opportunities for sure, and this is also the peak of the trail. The whole distance to walk is just 1.5 kilometers and one hour is sufficient to do this. None of it is particularly difficult, although it does involve a mostly uphill walk and then a couple of hundred steps. There are various points along the way for picnics and rests, so taking a bite to eat is a recommendation for sure. 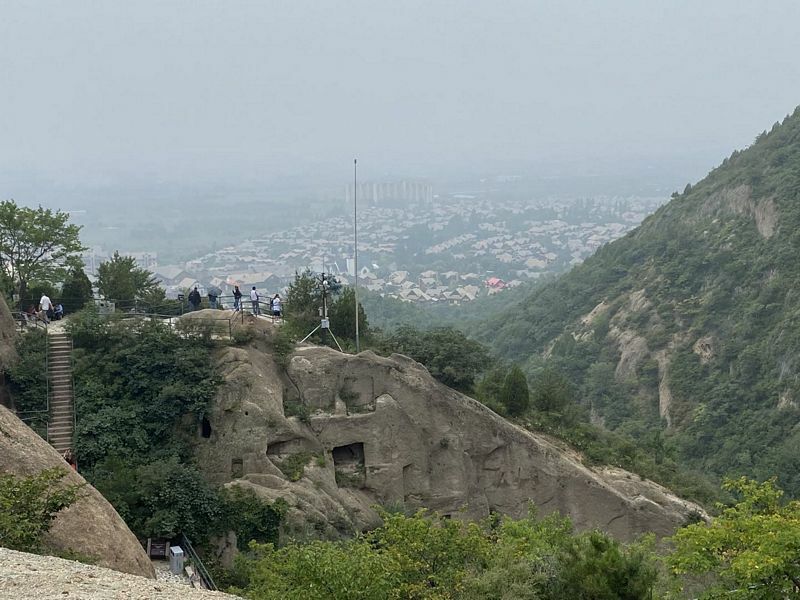 The caves are fascinating – very intricate, very large, and complex inside, and the only pity is that more of them cannot be accessed and clambered around in by visitors (which is fair enough, to keep from more damage).

While anyone looking for concrete facts about the construction and use of the complex will come away frustrated, visitors looking for a day trip out of the city, a short hike in a lovely area, and to see and experience a very unique piece of history will find much to enjoy here. Fans of museums will find that they can easily combine this site with the Yanqing Museum and Yanqing Geopark Museum (the Guyaju caves are one of the main features of the UNESCO Geopark itself) which can all easily be included in a day trip from Beijing city. It’s also pretty close to some of the major Great Wall sites too.

A strong recommendation for an easy trip to somewhere very impressive and fairly little-known. Hopefully more solid information about the builders of the Guyaju caves will be discovered one day, but simply as a fascinating and attractive site, this is well worth a visit in the meantime! 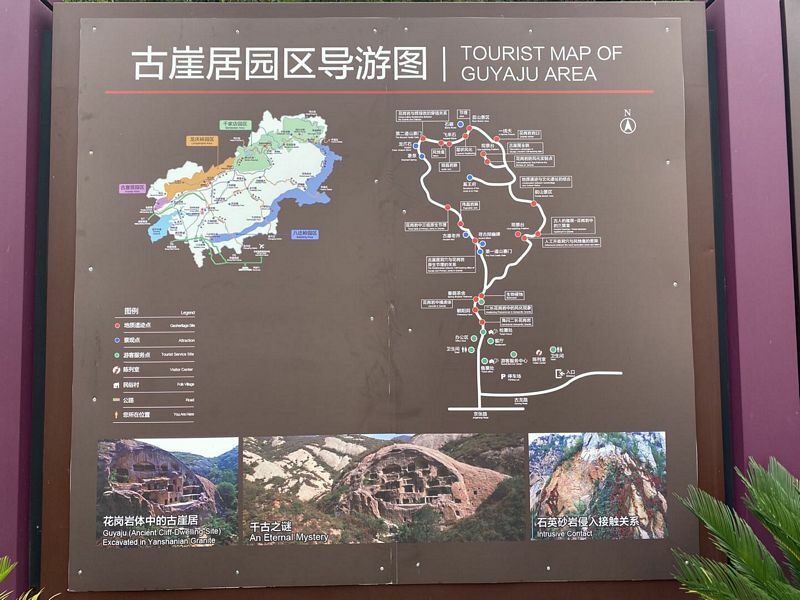