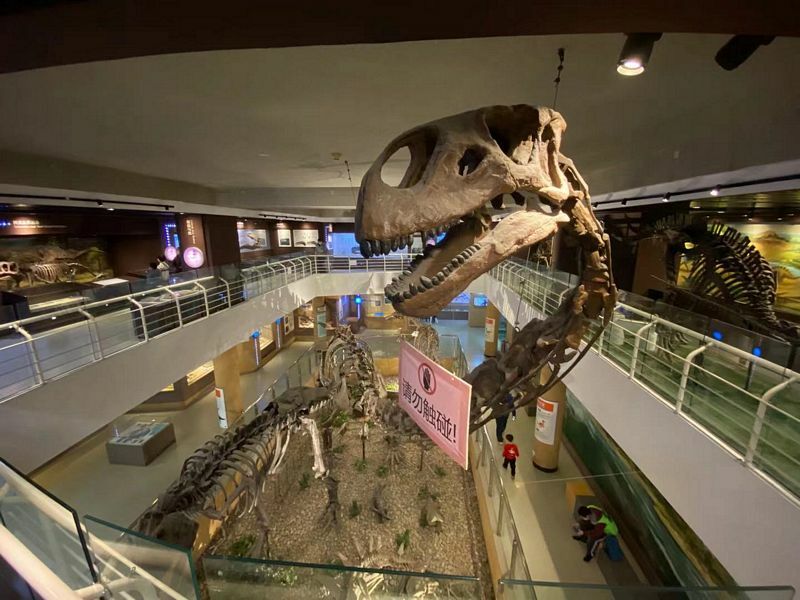 This museum is divided into two main sections: the Vertebrate Paleontology Museum, and the Human Evolution Museum. The latter is less interesting as the bones and relics on display are a bit smaller and simpler, plus human evolution is simple less sexy than dinosaurs!

In the Human Evolution part of the museum the visitor is walked through the ascent of man, from the earliest ape-like ancestors up to the present day. With skulls and skeletal parts on display, models showing size comparisons as well as what-they-might-have-looked-like displays too. Of course there is much focus on the multiple sites in China where the remains of pre-humans have been found, most famously the ‘Peking Man’ site in Zhoukoudian just outside of Beijing.

It's all well-done if a little dry and clearly less popular than the other exhibits in the museum, but it is educational enough even if it is a somewhat shallow dive into the subject of evolution itself. Like almost all other visitors though I was here for the dinosaurs, me and a whole hoard of over-excited kids. The dinosaur part of the museum is set on two floors around a central chamber containing the largest model skeletons of some of the most well-known giant lizards; diplodocus, T-Rex, and the rest. These are of somewhat modest size compared to the ones in London’s Natural History Museum (as featured in one of my childhood favourite films ‘One of Our Dinosaurs is Missing’ - which features some pretty racist stereotypical ‘Chinese' characters which I wasn’t really cogent of at the time I used to watch this a lot), but they fill the space well and entertained many of my smaller co-visitors greatly.

The displays here of all manner of dinosaurs; aquatic, winged, land-based, as well as prehistoric fish and early mammals are quite well done, and are accompanied by detailed Chinese and English explanations. Again, this is not a place that the most complex science is explained but given that the target audience seems to be children this is no surprise.

There is a small film theatre showing educational films several times a day (in Chinese only), and a pretty lame shop just selling a load of plastic dinosaurs, as well as some small fossils too.
There is also a lab-like area for kids, where white coats can be donned and children are given the chance to act as amateur palaeontologists and carefully extract model fossils from what seemed to be some kind of plaster-of-Paris ‘sediment’. This is a clever idea and it looked quite fun, sadly there was no extra seat available for me to join in. 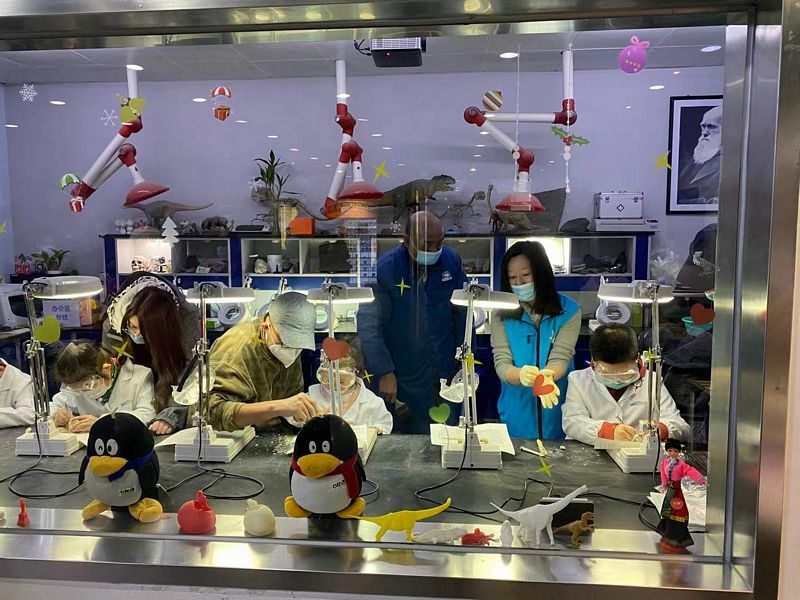 The Paleozoological Museum of China is actually quite small, considering that China has the most diverse and impressive sites for dinosaur relics in the world this was a surprise, I remember the Dinosaurs from China exhibit coming to the UK in 1986 when I was young and being blown away by it, but this is a pretty modest place even though it claims to be the largest museum of its kind in the country. When arriving at the museum building it seems as it is will be vast but this is actually the Institute for Vertebrate Paleontology which towers over the more modest museum site to which it is attached.

Still, the price is low, it is fun, and while former-dinosaur obsessives (yes, me) will not actually learn a vast amount it is worth the time if in the area, perhaps when visiting the Beijing Planetarium which is literally only a couple of hundred metres away. For anyone looking after a child in Beijing though this will be somewhere to definitely add to the list!

There was also a separate room with no entry fee, entitled ‘Exhibition of the Paleontological Explorations into the Tibetan Plateau’ which was not bad, but lacking in any translation at all and served as a place to just pop into on the way out of the main permanent exhibitions.