Abakan, Capital of the Republic of Khakassia

Some 200km south of the large city of Krasnoyarsk and pretty much right in the middle of Russia Abakan is a small city of around 150,000 that sees very few international tourists. Not on the Trans Siberian Railway and not really possessed of anything famous it is the kind of place that one passes from beyond the horizon and never even notices.

But this would be a little unfair as it is a fun enough town with a day or so of activities to fill the time of anyone wishing to make a side trip here!

The capital of the Republic of Khakassia and located where the massive Yenisei River (which starts up in Norilsk at the Arctic Ocean) meets the Abakan River the original settlement dates from around 1675 and it became an official city just in 1931.

Visitors to Abakan should not expect English to be spoken outside of the larger hotels apart from some diligent students.

Despite this the cooler cafes and bars have English signage and menus, it is easy to get around and there should be no issues with navigation or any trouble at all. 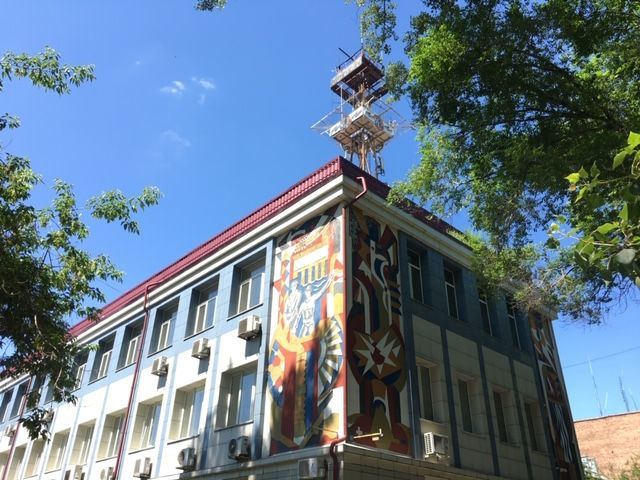 Abakan International Airport (ABA) is very small and is located just at the edge of the city, anyone feeling energetic after the flight in could simply walk to town.

Otherwise, taxi touts are always present and there are buses and marshrutkas all leaving from the small car park.

Flights from here go to Moscow, Krasnoyarsk, Novosibirsk, even to Norilsk. It is ‘international’ because there is a charter flight to take locals to Thailand on holiday every so often.

Abakan is a regionally important railway junction and can be reached by train from Krasnoyarsk easily enough. This is the terminus of the Abakan-Taishet Railway, a 647km line running through the Syan Mountains.

If you’re tired of friends boasting about their Trans-Sib trips, then take a ride on this super-obscure line and get your bragging rights restored! 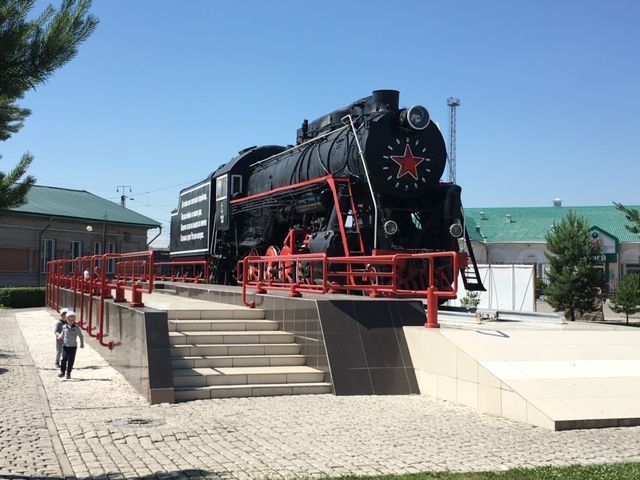 Abakan is not loaded with major places to visit and in general, it is a place to be walked around rather than somewhere that a full schedule needs to be planned for. Centrally there are plenty of parks, walkways, leisure grounds and so on to pass through and relax in. The best advice to be given here is to download a map and simply spend a day walking.

But try to include some of the following.

Right outside the small modern train station, this is easy to spot as there is an impressive black steam engine parked right outside.

The Museum has no English explanations but some of it is pretty obvious anyway; showing the construction of the local line, the pioneers who opened the area, the gulag prisoners sentenced to do the hard work, as well as technological advancements all in a few rooms this is well worth the time to find and explore.

Opposite the museum is a square with a very touching memorial to mothers of local men killed in various conflicts. The names are listed as well as the non-WWII conflicts they were lost in, from the Balkans to the North Caucasus, as well as Hungary and Damansky Island, a little-known conflict between the USSR and China in the 1960s. Damansky Island is now part of China and is a protected wetland known as Zhenbao Island.

Recently moved to an awkward location on the outskirts of the city this place shows the history of the area mostly before it became absorbed into Russia. So local traditions, explanations about some of the historic markers that exist in the countryside, general ethnographic info, etc.

As with all Russian cities, there are some expected and unexpected markers around the city; a shortlist includes the hulking and impressive Lenin sits in the park in front of the Khakassia Parliament Building, there is a statue of Soviet Wrestling Superman Ivan Yarygin, one of a man making beer, a Pushkin of course, an old-time photographer, a monument to locals involved in the Chernobyl accident cleanup, and a very impressive WWII memorial complex in the heart of the city. 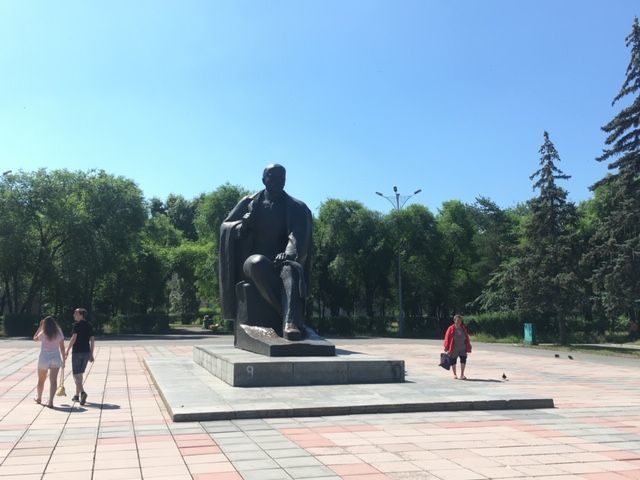