Cost: 20 RMB (no ID was required for the ticket) 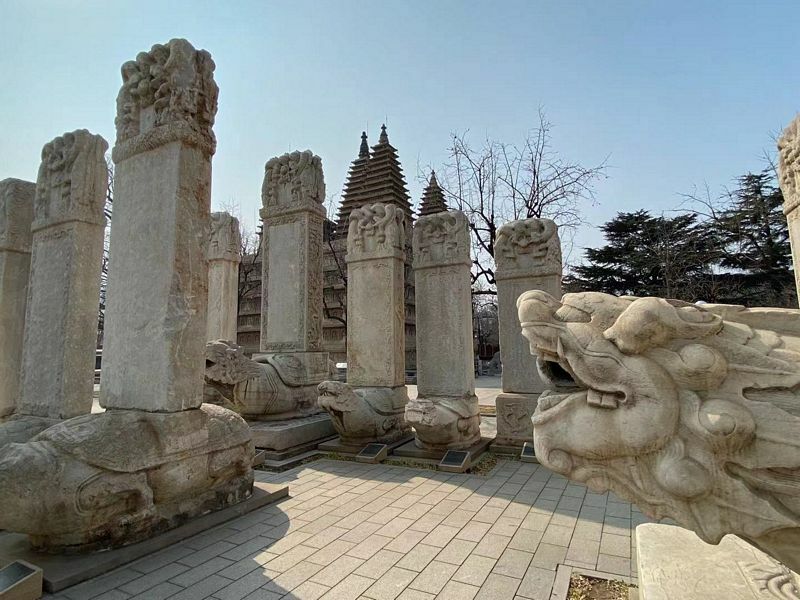 Beijing Stone Carving Museum is a little-visited site but it a genuine hidden gem amongst the huge numbers of museums in Beijing and is very much worth an hour or so any the time of any visitor to the city; a calm and pretty place in an old temple – add this to your list when coming to visit or pass through Beijing.

Zhenyue Temple was built in the early 1400s in the Mind Dynasty as a Tibetan Buddhist Temple. It was a lamasery built by imperial decree and presided over by an eminent Indian monk. The central building, with its distinctive five pagodas on the roof of a blocky building covered in reliefs of seated buddhas, was built in 1473. Under the next dynasty, the Qing, the temple was renovated and upgraded with yellow tiles to mark becoming an official imperial temple (yellow being reserved for the royal family at that time) and various halls and pagodas were added to the site.

At the end of the Qing Dynasty a fire ruined many of the buildings and they were gradually rebuilt under first the Republic of China and later the People’s Republic. By this time the temple had become commonly known as the ‘Five Pagoda Temple’ due to the central building, something unique in Beijing. 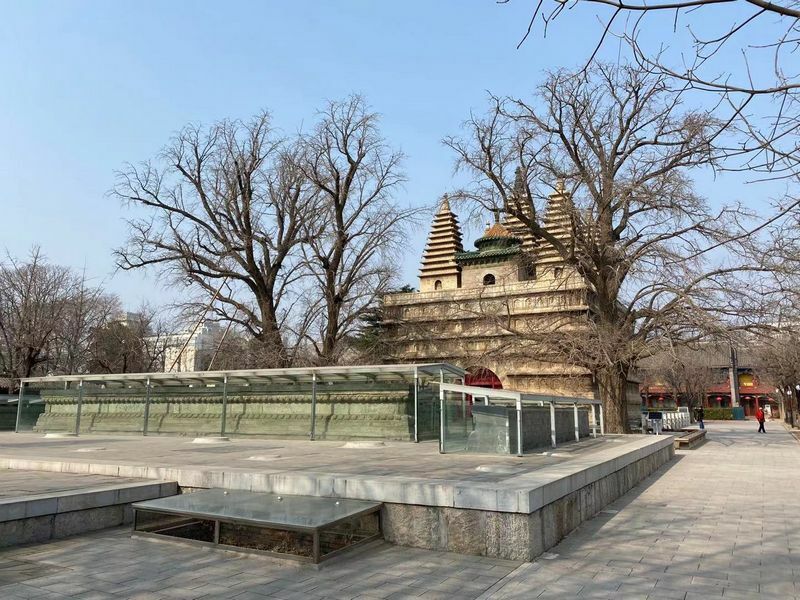 The temple buildings themselves are attractive but it is the huge quantity of stone carved monuments and stelae which are the real attraction. Laid out by theme – Stones from inside tombs, Representative engraved stelae, stelae from ancestral temples, and so on, they are massive, impressive, and calming to walk among. With explanatory boards in Chinese and with English basic titles on display.

The buildings at the back of the complex contain a small museum or two of more engravings, including one which does a good job of showing the various reasons that stones would have carvings on them – religious rituals, to provide examples of calligraphic forms, for eulogising notable figures, and so on. Its all quite interesting even if one can’t make any sense of the complex characters and content of the messaging itself.

There is also a section where some of the stelae are carved in Chinese and Latin; this is the display of tomb markers for missionaries, both foreign and Chinese. As the explanation board notes they did more than just bring Christianity to China, they also spread awareness of China into Europe. Some of these missionaries are Chinese, some are Europeans, all the stones here are in the eastern style though. 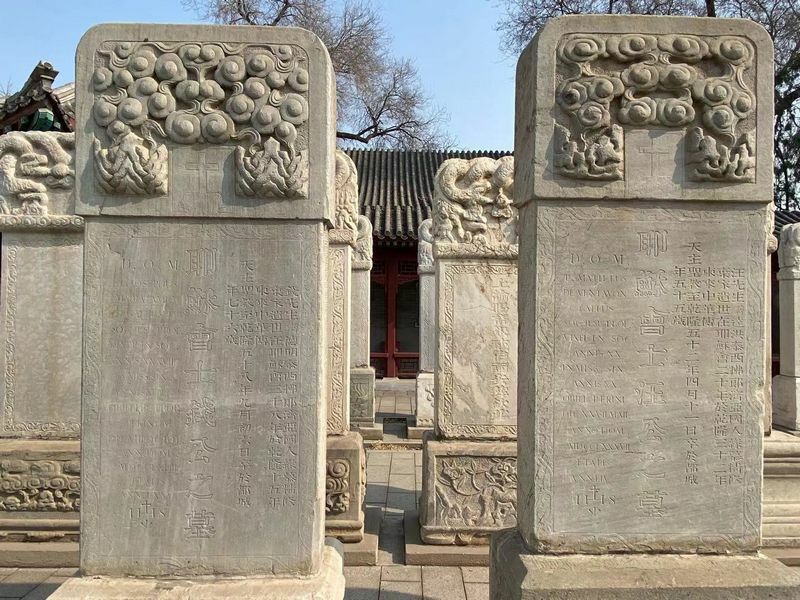 The central building, topped by the lovely five pagodas, is open to the public, just the lower level though. Inside are niches with Buddhist statues and boards explaining the religious content of the building in both Chinese and English.

The postures and hand-signs of the hundreds of buddhas on the exterior walls (some of which have been visibly repaired since taking damage during the iconoclasm of the Cultural Revolution, something that disappointing doesn’t warrant a mention here). Again, it is peaceful and quiet inside as it is outside and the quiet traditional music played at a respectful volume adds to the vibe of this place. Highly recommended for anyone looking for something a bit different, a little-known part of Beijing history, and a break from the crowds who often dominate the more famous Beijing landmarks, the Beijing Stone Carving Museum is highly recommended and something that more people should take the time to pay a visit to. All that’s missing is a nice café (there was one that had been abandoned by the time of my visit) and a better shop (there is one, but it is small, not very good, and doesn’t have a sign).

Beijing Stone Carving Museum is just across the small bridge from the back entrance to Beijing Zoo, and is a pleasant twenty-minute walk from both the Paleozoological Museum of China and the Beijing Planetarium. 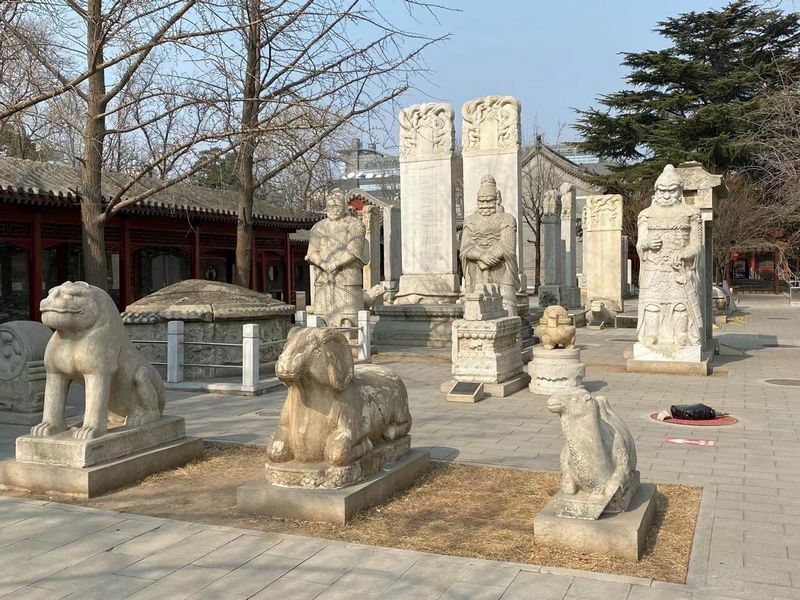