Remote museum in a Manchu village

Location: Labaguomen Village, Huairou District (no subway within 100km of this place. Public buses seem to run the route but realistically a car would be by far the most convenient way to make this journey to the very edge of Beijing municipality) The Manchu Folk Culture Museum is the most remote (from the centre of Beijing, marked by Tiananmen Square and the Mausoleum of Mao Zedong) of all the museums within the municipality itself, over 150km to the north and an absolutely lovely and scenic winding drive through the mountains and valleys of that part of the Chinese capital. However, it does take 3-4 hours to cover this ground and so the question must be asked: is it worth it?

Located in the Manchu village of Labagoumen, this museum is made up of a fairly large courtyard building consisting of two yards with eight exhibit rooms on either side of each yard and a building at the rear which is, at the time of writing, a covid vaccination centre but appears to be some kind of research centre for Manchu culture (fittingly).

Arriving at the exact moment that the one member of staff was locking up to go lunch I passed the time by reading the Wikipedia entry on Manchu people, which was a smart move as I didn’t learn a great deal about this when I finally managed to enter the museum itself. The rooms are quite small and so only so much information can be passed over, and one of them seemed to feature just some art and calligraphy that I failed to link to Manchu Culture at all. 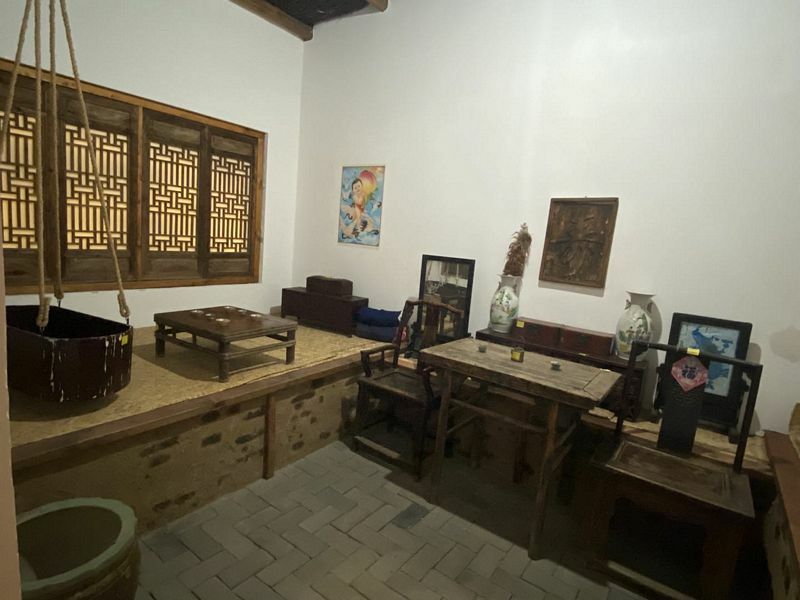 An introductory room about Manchu expansion picks up fairly late in the story, with the advance of the Manchu army (which was actually made up in the majority by Han Chinese) through the Shanhaiguan Great Wall pass to conquer Beijing. The Ming Dynasty had fallen to a noble-led peasant revolt and the northern Manchu warriors decided this was a good time to make a massive land grab and set up a dynasty of their own (actually they had done this before, the Jin Dynasty in the 12th Century was run by the Jurchens, which is the previous brand name of the Manchus before they adopted anew identity). The Qing Dynasty that they set up in 1636 and which lasted all the way up to the abdication of the last emperor Puyi (fun fact: his English name was ‘Henry’) in 1912 (it made a short-lived comeback in 1917 oddly enough, that didn’t last a year though).

The story in the museum starts in the seventeenth Century as the Qing Dynasty began and Manchu Bannermen settled much of China, including this area, which remains a Manchu village to this day.

Outside the museum is a fine statue of a Manchu warrior with the flags of the eight banners flying above, these flags and the banner system itself are very briefly explained in the museum, in Chinese only (as with almost all of the displays here). 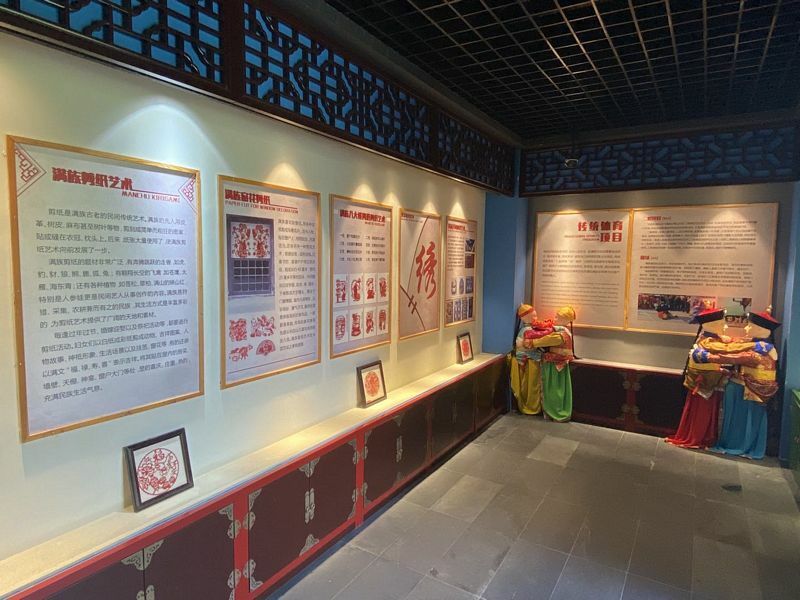 Other rooms show the visitor farming implements used by the Manchu people (who were always sedentary, rather than their popular image of being nomadic marauders – thanks Wikipedia for that info!), as well as some pottery, household implements, and some rules for the running of a Manchu household too. The signboards in each part give utterly incomprehensible English translations to just the introduction and conclusion, leaving me none the wiser (but amused at some turns of phrase, childish I know) but it is more or less clear what is going on.

A small room at the back of the complex lays claim to some of the traditional intangible cultural activities of the Manchu including paper-cutting, wrestling, and football (no! I made a journey all the way to Zibo in Shandong province to learn about the Chinese origins of football at the Linzi Football Museum).

One more room shows us a board of famous folks of the modern age who are Manchu or at least have a few drops of Manchu DNA in them. Frankly, I didn’t know who most of these folks were, but I did recognise Lao She (my review of his memorial can be found here), actor and martial artist Wu Jing (star and director of the military propaganda Wolf Warrior films, a very big name in modern Chinese film), and the pianist Lang Lang. 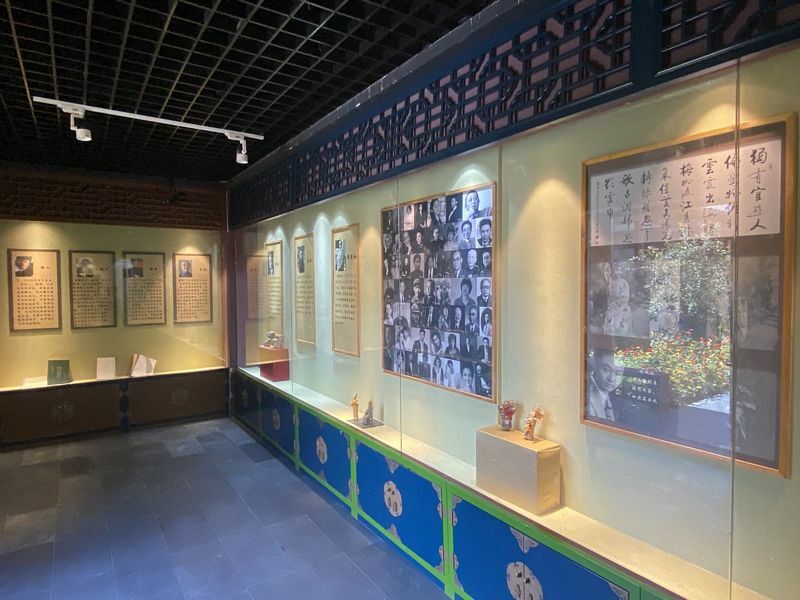 So, the Manchu Folk Culture Museum is not uninteresting at all, but it only required twenty minutes to go around the whole place, and there is a bit of a lack of information really. The lady at the door explained a folk story that is shown on a relief at the entrance and this alone was more informative and reflective of Manchu culture than most of what was in the museum, so maybe if she guides some tours around the place that would add some value.

However, it’s a pretty place, and the journey there is an adventure in itself. At least a whole day trip is needed to get to this museum so it is hard to make the case that it is genuinely worth it for just the museum itself, there is a hiking area and primaeval forest very nearby so that could be combined perhaps.

Sadly, there was no gift shop at the museum, so no magnet of a Manchu warrior for me this time, also missing? A WC. I was told that as the museum is free to enter that expecting a toilet would be too much. Instead, a few minutes walk away in a small local park there are public conveniences. So bear that in mind when stopping for your own visit to the Manchu Folk Culture Museum! 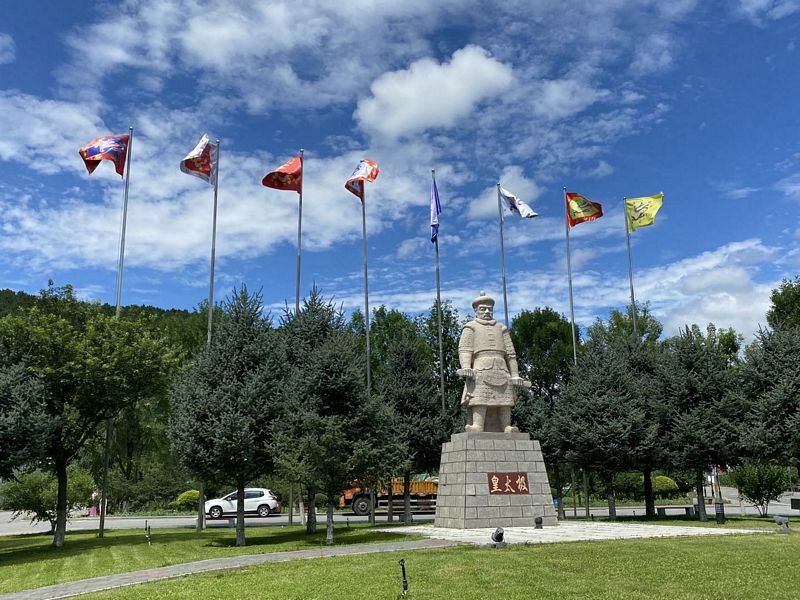