Revolutionary sites might not sound appealing to many ears, but they can be quite interesting. (Promise!)

Not because of their revolutionary nature though… but don’t fast forward just yet.

Everyone belongs to an organization.

These organizations – among others – are responsible for ideological education. That also includes trips – or some might say – pilgrimages to revolutionary sites.

In North Korea, it’s not unusual to see a group of people in marching formation dressed in brown suits with a hip belt, brown cap (similar to the Chinese 'Mao suit and cap'), and black trousers equipped with red notebooks and carrying a red flag.

They’re most probably heading to somewhere to receive education in revolutionary history.

One of the theatres for these educational sessions is the revolutionary sites.

They mushroomed all over the country in the 1970s and ought to commemorate places of revolutionary significance.

Places connected to the anti-Japanese revolutionary struggle, the Victorious Fatherland Liberation War, and the socialist revolution.

A visit to these sights might be rewarding even if one is not interested in these peculiar sites of historicized events.

In many cases, they are found in beautiful natural surroundings or the last remaining examples of pre-1945 architecture.

Without doubt, if one is confronted with the question of “What have the Japanese ever done for us?”, architecture is an obvious answer.

Here is our pick of eight revolutionary sites in North Korea.

This place used to be the headquarters of the North Korean cabinet during the Victorious Fatherland Liberation War (Korean War, 1950-1953).

It consists of a system of underground tunnels and old pre-War buildings including the one where President Kim Il Sung ratified the Armistice Agreement.

This revolutionary site can be found in a pleasant park-like environment, the tunnels system and the old pre-War building makes the visit worth.

Those who are also interested in narratives might find the on-site museum as much interesting but it can be skipped as well. 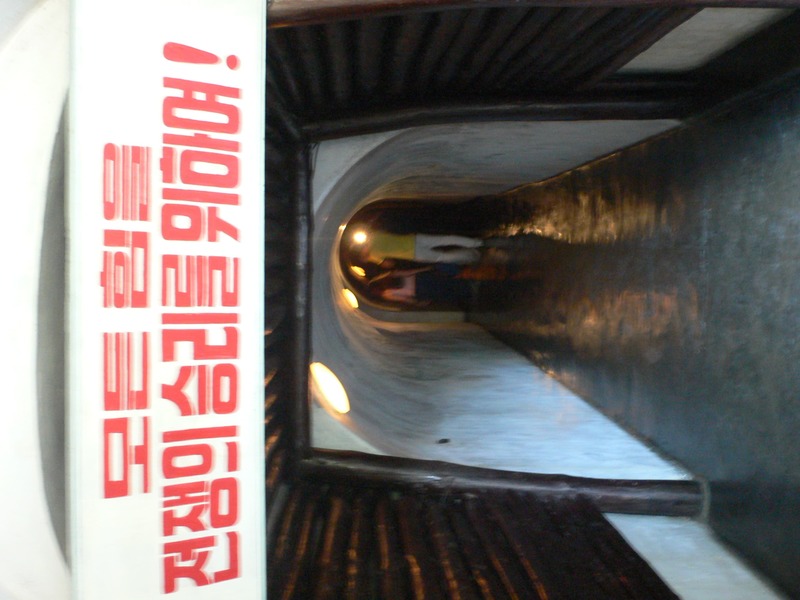 Former headquarters of the Korean People’s Army during the Korean War in the hills north of Pyongyang.

The main site can be found in a hangar-like structure built over preserved traditional homes which served as army offices.

Bunkers, burnt trees, and bomb casing from American aerial attacks can also be seen among a bucolic landscape. 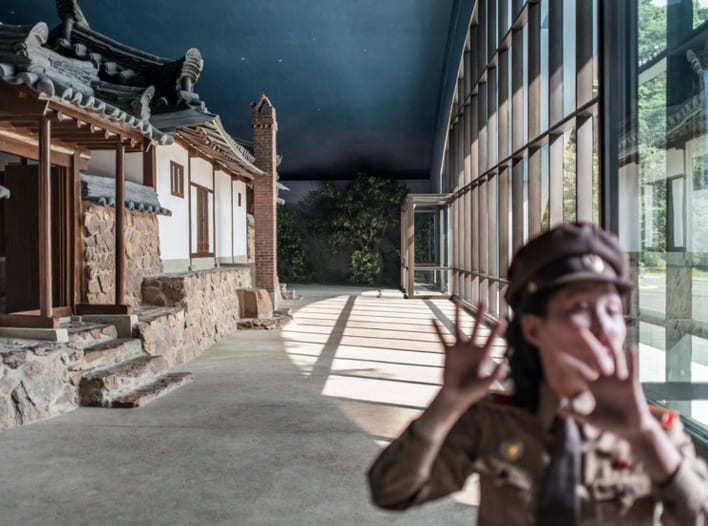 Wartime base of the Chinese Volunteer Army.

Caves and tunnels, buildings from the period used by the soldiers and by Kim Il Sung when he visited to thank Chinese volunteers for assistance.

Hoechang is also famous for the cemetery for the Martyrs of the Chinese People’s Volunteer Army. A three-hours long scenic drive from Pyongyang. Hoechang town itself show similarities to mining towns in South Korea that have seen better times. 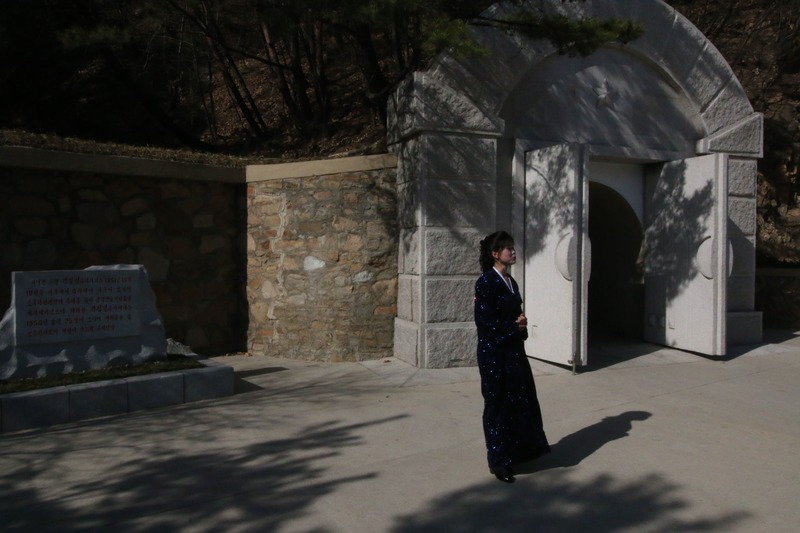 Preserved Japanese colonial-era train station, waiting room, guesthouse, and the train which future President Kim Il Sung rode to Pyongyang during the liberation of the country in 1945.

The Northern counterpart of Woljeong-ri Station in South Korea also in Kangwon Province and that used to serve the same railway line as the former Wonsan Station. 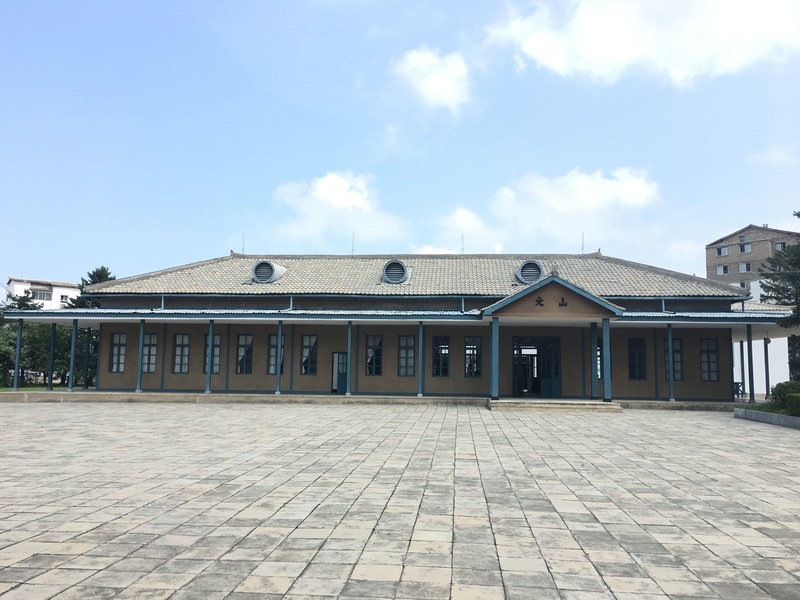 Located near Kyongsong between Chongjin and Mt. Chilbo or Orang Airport.

Stunning views of the rocky coastline. 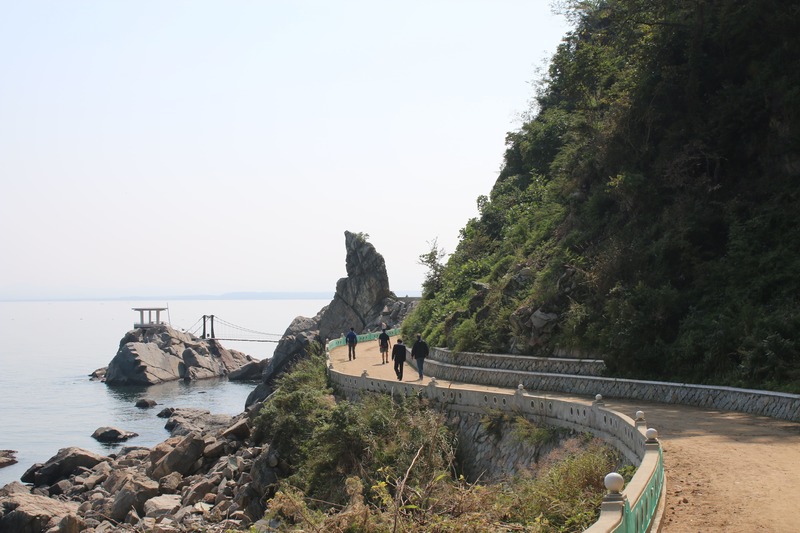 Japanese colonial-era house where General Kim Jong Il and Mother Kim Jong Suk stayed when they returned from Russia in 1945.

This is also where the young General figured out how a chicken can drink water. 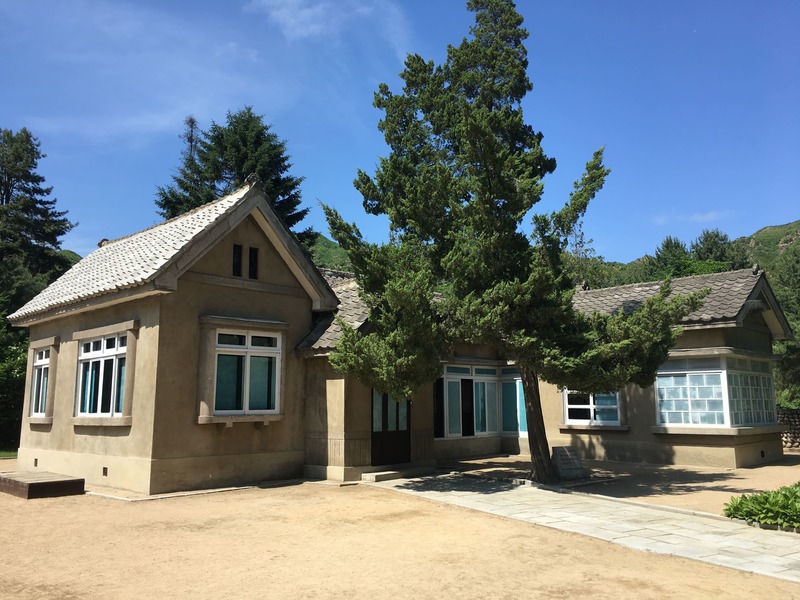 The soldiers buried here took part in the Seishin Operation the amphibious assault of the Soviet Northern Pacific Flotilla in August 1945 against Japanese-ruled Chongjin.

Also the resting place and bust of Mariya Tsukanova, the only women who took part in the Soviet-Japanese War and was awarded the title of the Hero of the Soviet Union. 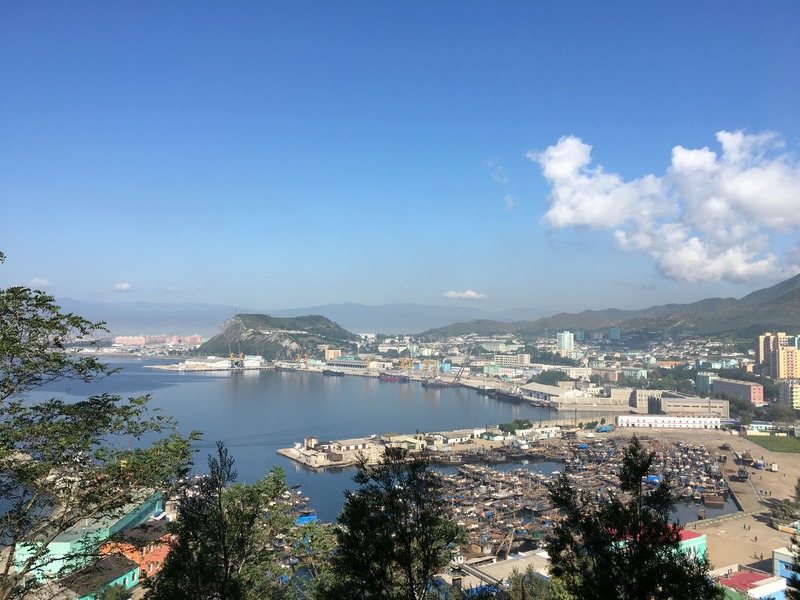 A set of two farmers’ houses that are still occupied but are notable for having been visited by President Kim Il Sung, who gave ‘on the spot guidance’ about the lives of fishers and farmers and suggested a new method allowing fishers and farmers to combine their activities.

There is a nice view of the sea here. 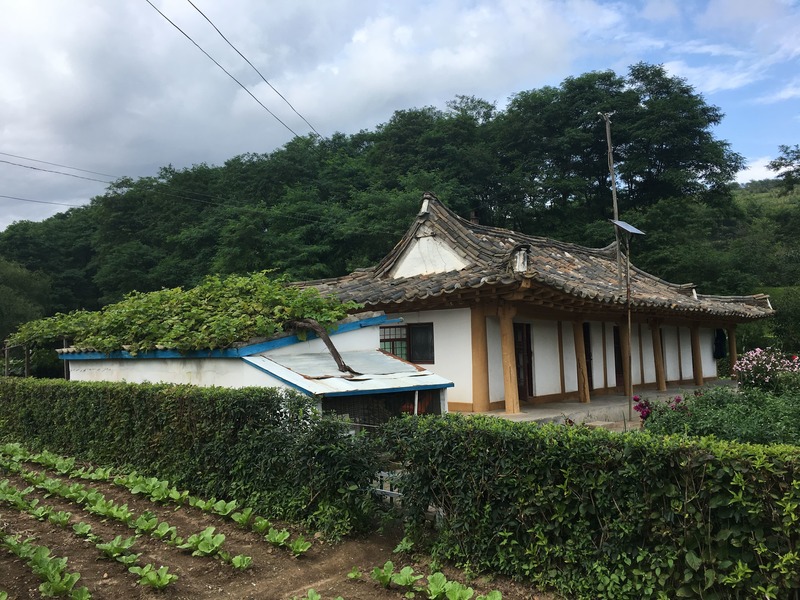