A tale of Rich's fishing trip in Mongolia surrounded by mountains and gers.

Our international destinations tour manager and leader Rich is currently living in Mongolia. He usually resides half a year in this vast country and the other half here in Beijing China when he isn't leading tours in North Korea, Mongolia, Tajikistan, Turkmenistan and Kazakhstan. Upon his return from the adventure travel show in London UK to Beijing his flight was cancelled, so he made the detour to Mongolia with his family. The Mongolian borders closed and there Rich remains. Mongolia now Coronavirus free, he continues his travels and ramblings.

This week, he attempts fishing. 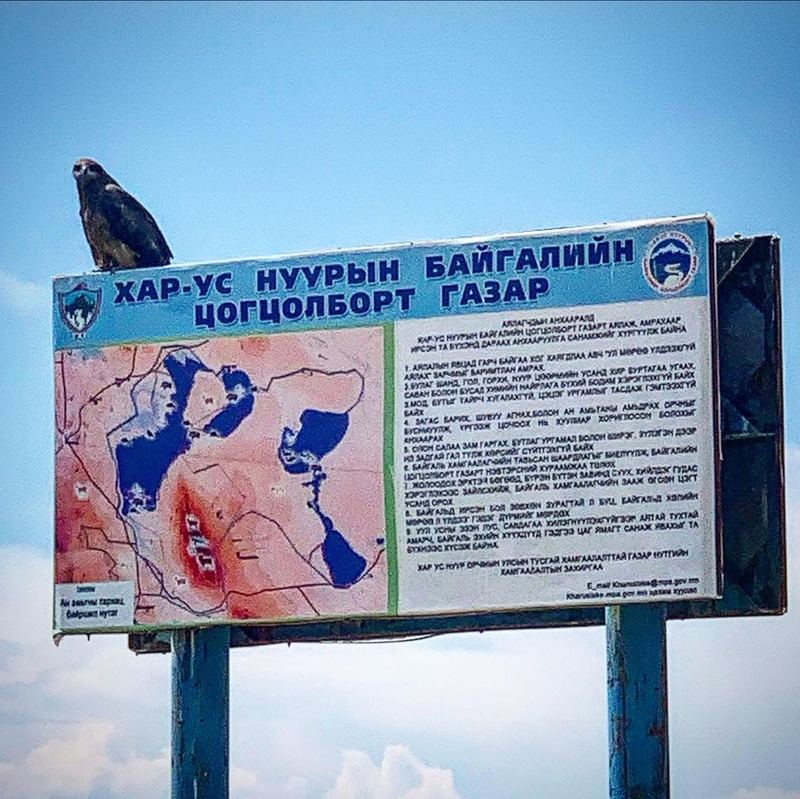 On Sunday, I was following my daily routine of living within a Mongolian Ger. I had just finished breakfast when our neighbour a friendly Mongolian gentleman named Enkhbaatar asked if I would like to join him for fishing.

Enkhbaatar is around the same age as myself, has three children, and works in Hovd.

Now, I am pretty handy at many outdoor activities, but fishing has never been high on my skillset. When I was a teenager I did take part in this sport, myself and my best friend at that time David would spend hours attempting to fish but failing rather badly.

My last attempt fishing with him resulted in him becoming trapped in quicksand amidst a rising tide. My father had to come to the rescue using pieces of wood and to help dig him out. I have tried since once in Siberia where the fish were so easy to catch I left feeling like new bear grills until the village mayor explained that these fish were so easy most local children hook a lot more. My other forays always took place in tropical seas where I always seemed to catch the opposite of what I set out to snag. An octopus instead of a place! And once a squid instead of a bass!

Anyway, my Mongolian being limited to hello, goodbye, cheers, and that's tasty thought it best not to explain all of this, so I hastily said yes.

We agreed 11 AM would be the departure time, although true to Mongolian form, we left at 1 PM. Climbing into his Toyota Prius (a Mongolian must), his son joined us, which was handy as he has an understanding of English. As we left the Gers, the Prius bounced over the countryside into town. HA, I thought this was going to be great like one of those fishing trips in the movies - beer, maybe even vodka!

As we rolled through Hovd my neighbour asked "are you angry?" now I thought to myself do I run through the usual "no I always look like this," or "no, this is why people ask me if I am Russian!" but in the end, I went for the simple "no I am ok." We stopped at a shop, and he came back with a pack of biscuits and a case of water. Ah, the classic hungry, angry mix-up!

We rolled and bounced out of town, picking up another follower along the way - Enkhbaatar’s brother trailing in another Prius. Our destination was to be Khovd River North of Hovd. We trundled along the scenery changing into fertile fields growing melons and what appeared to be some fruit trees. In the distance, snow-capped mountains to the west shrouded with ominous looking black clouds. After around 40 mins, we arrived. The river larger then I imagined, and a churning torrent of heavy brown water. Enkhbaatar looked concerned and said "no good!”, did a U-turn and began back to Hovd, an eagle peered down at me from the Khovd river sign. Oggie, the neighbour's son, explained that the rains in the mountain had turned the water and it was too muddied and fast to fish. It made sense.

We seemed to head back through Hovd with more urgency straight through the low town and out the other side bottoming out over unmarked sleeping policemen (speed bumps) and tearing past the airport turning off-road to the west. Kicking up a trail of dust as we bounced over track and trail. Past the Koryo Ger camp and its stunning mountain views, it made me miss my yearly visit here. We followed the valley beyond which reminded me of my many trips here to visit the local shaman on his family visits. He sadly passed away last year, but his whirling and chanting has always stuck with me as has his friendly smile and openness to allow tourists to view his unique display.

We journeyed on another 30 minutes. I could see the winding river coming into view. White Gers, their tented habitations, stood raised like drawing pins on a map nestled beside the river. We pulled up next to the river at the most beautiful fishing spot I could imagine. The river churned away at my feet, to the west, a snow-capped mountain reached up into a bubbling clouded sky. The scrubby grassed plain interceded with flowers of varying colours making the most of the recent rains.

Enkhbaatar passed me a rod kitted out with a spinner, a spoon-shaped lure designed to be cast and rewound to tempt fish onto the camouflaged hook. I grasped the rod as an ancient Olympian may grasp at a lance or a gladiator a spear. In my mind, the scenario played out on my first cast; I'd snag a fish and raise it proudly to my Mongolian hosts. 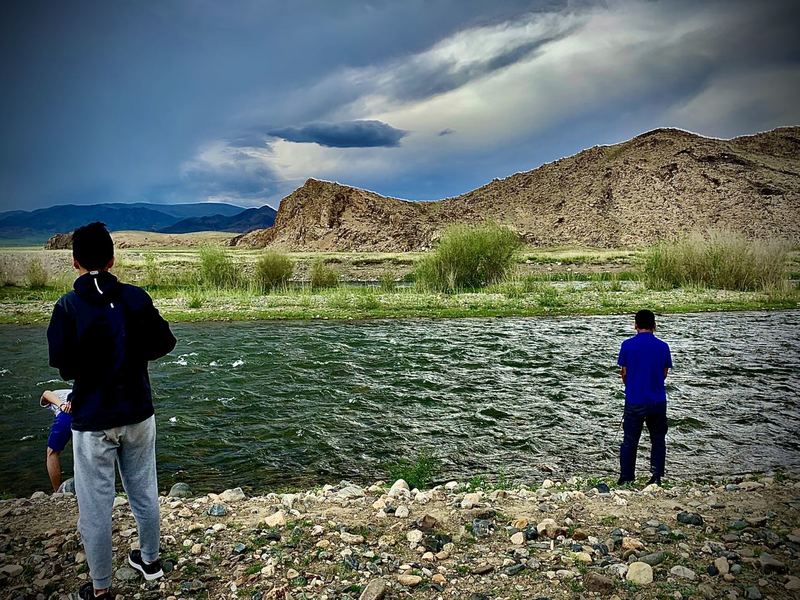 It wasn't to be, however. My first was a miss cast, and the hook stays dangling wrapped around the rod. My second attempt and I snag something deep in the fasts flowing river, Enkhbaatar has to help de-snag the line. The time goes on, and I don't catch anything, but neither do they. The clouds blacken the mountain slowly disappears, and lightning splits the sky.

It feels as though I am in a movie as the wind picks up and the clouds form a deep, menacing coating across the sky.

Thunder rolls in. Not that distant dull sort, but those massive ear-splitting unnerving waves that make you realise how small we are on earth's spinning sphere. Rain begins to fall its refreshing orbs splash over me; I continue to cast and draw back the lure turning the real at a constant speed. Enkhbaatar waves me to leave, but pride and the addiction of fishing keep me going. Again, I dream of pulling in a large wriggling catch on my last cast, but it is not to be. As the weather turns menacing we roll back home the Prius bouncing and trundling back the way we have come, my mind full of memories of shamanistic friends and understanding tour groups; then I realise I don't eat fish I haven't done for years, I don't even like it!