Former homes in Beijing that can't be visited!

But there are actually a great many former residences of notable Beijing personages that are not preserved as museums to their previous residents and are now either occupied by other less notable people (we’re sure they are lovely, just less well known), or are simply closed off. Let’s take a look at a few of these that can be wandered past in just a couple of hours on foot in a central hutong area of Beijing.

Former Home of Rong Wan (Wanrong). 35 Mao’er Hutong: Also known as the Xuantong Empress Wanrong was the wife of Puyi (also known as Henry!) – the Last Emperor of China. A Manchu noblewoman, she was born in Beijing in 1906 and married Puyi in 1922. Actually, Puyi had been shown a set of photos of potential brides and had chosen Wanrong’s sister (who was only twelve years old; low quality of photographs was blamed for this) and in the end he married both siblings. Making this royal wedding doubly strange was the fact that the Qing Dynasty had been replaced with the Republic of China over a decade earlier, so in marrying the Emperor Wanrong was to become empress of just the Forbidden City rather than the actual state of China, not as glorious a role as it would have been just a few years prior.

Wanrong moved into the Forbidden City from this Hutong palace (now made up of various subdivided apartments) and was promptly expelled by a warlord takeover just two years later. The Royals moved to Tianjin under the protection of the Japanese, then up to the northeast of China to become the puppet rulers of the Manchukou Puppet State in 1932. Wanrong had some affairs and became an opium addict, as well as displaying the hereditary schizophrenia that her father had suffered from. As the Japanese who propped up their reign were defeated and driven out of Manchuria in 1945 she was left a prisoner of the Communists and her mental state collapsed as she went through withdrawal and intense depression. She died in June 1946 in misery and a state of malnutrition, a far cry from her comfortable noble origins.

Today her former residence in Mao’er Hutong is easy to locate due to the multi-lingual signs carved on the door refusing entry to anyone who may be curious. Nothing much remains of how it was when she lived there, and it is now made up of a warren of small subdivided apartments built in and around the former palace enjoyed by Wanrong in simpler times. Former Home of Wen Yu. 11 Mao’er Hutong: This closed courtyard mansion, built in 1861, has belonged to quite a list of luminaries; Firstly Wen Yu; za scholar who was minister of the both vague and sinister-sounding Board of Punishments and General Management in the late Qing Dynasty, then acting-President of China Feng Guozhang during some of the short-lived Beiyang Government (aka the First Republic, from 1912-28, the warlord-backed state that succeeded the provisional government of Sun Yat Sen that overthrew the Qing administration…don’t worry, it’s complicated for everyone!). Then Feng sold the mansion to Zhang Lifang, the head of the Beiping (as Beijing was known at the time) Military (a puppet army under the Japanese occupation). It was seized by the state on the victory of the Communist forces in 1949 and became the embassy of North Korea (how topical for followers of Koryo Tours!) in the early days of both the PRC and the DPRK.

Now it is a closed door with no way inside, a peek from above on Google Earth reveals very little other than some normal hutong buildings inside and despite a sign on the wall further down the hutong claiming that there is a lovely garden inside there is no sign of anything of the sort. Perhaps this will be renovated and opened to the public one day. 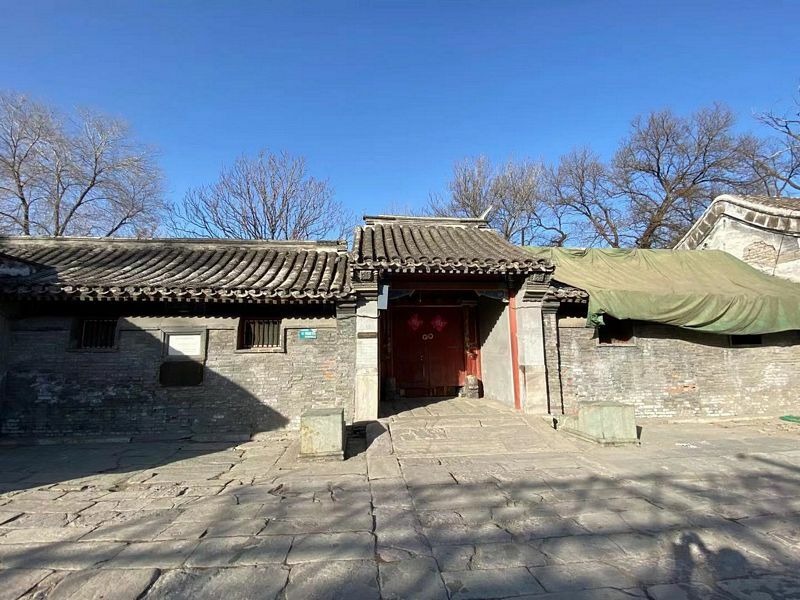 Former Home of Mao Zedong (kind of!). 15 Dofuchi Hutong: This hutong runs behind the Drum Tower and Bell Tower and is now made up mostly of regular family homes along with some restaurants and shops, a small hospital sits just a few metres away too. It's not a site open to visitors and instead is simply someone’s home, but back in the early 1920s it was briefly one of the several homes in Beijing used by a young Mao Zedong. Mao was a librarian at the time (it's always the quiet ones!) and had come to Beijing in the wake of the May 4th Movement (an unsuccessful left-wing uprising) at the urging of his mentor (and then father-in-law) Yang Changji, whose former home this actually is – as testified by a white plaque on the wall nearby.

Mao’s boss at the time, at Peking University, was Li Dazhao – who also has a Former Residence of…of his own in Beijing (he is known as an early communist, one who introduced left-wing through to radicals such as Mao, and the victim of a grisly execution at the hands of warlord Yuan Shikai). While Mao himself has better-known former residences in Beijing, such as the swimming pool house he used at Zhongnanhai, the central government compound, this is one that you can walk up to and imagine yourself in the footsteps of the most significant figure of 20th Century China. 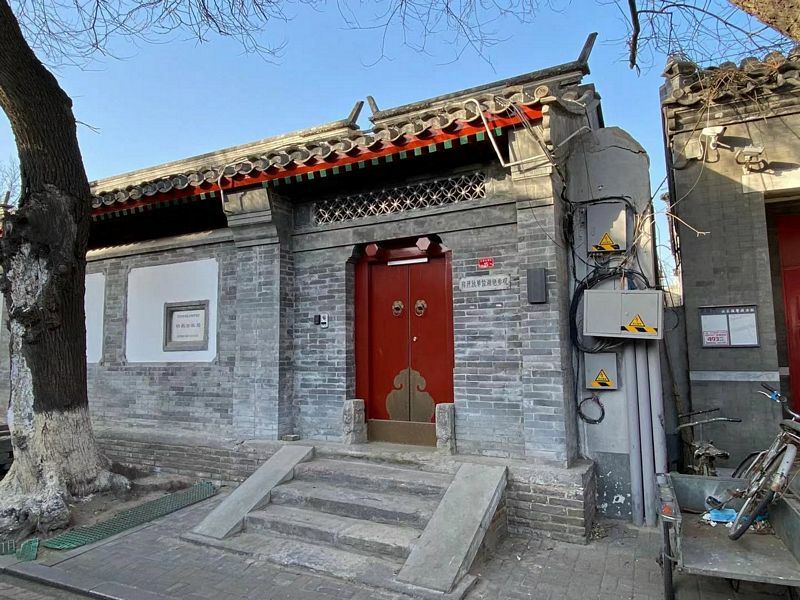 So we may not be able to step inside these places, but the walk around some of the most scenic and traditional parts of Beijing to get to them is well worth anyone’s time – when you find yourself in Beijing make sure to explore the hutongs and see whose former home you find yourself outside of!