Location: 60a Deshengmen West Street, Xicheng District, Beijing. Nearest Subway Station is Jishuitan – exit C is literally right underneath the hill which the museum sits on) 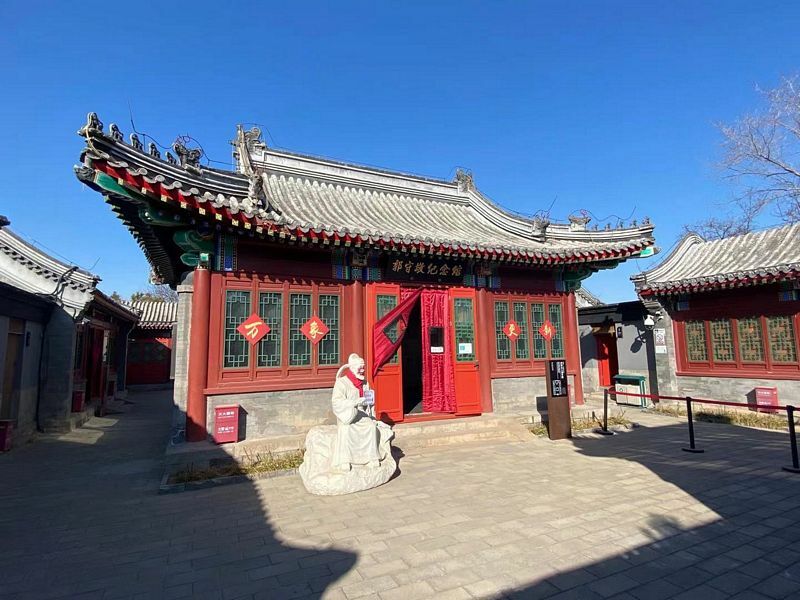 Guo Shoujing is one of the most highly regarded multi-faceted intellectuals of all time. A giant in several fields and a genuine game-changer in various scientific fields for the early Yuan Dynasty, which he served.

Born to a poor family in Hebei Province in 1231 he was a child prodigy educated by his grandfather, a renowned genius himself. Guo as a teenager had already designed and improved upon various devices for timekeeping and astronomical observation (he is credited with inventing the gnomon, the simplified armilla, and more machines for looking at the heavens – some of his designs can be seen at the Beijing Ancient Observatory.

At the age of just twenty, Guo became a hydraulic engineer, the field in which his most long-lasting achievements were to come. With Kublai Khan in charge of China at this time Guo was tasked with providing a water supply for the new capital of China, then called Dadu (great capital), and now known as Beijing.

He designed and built canals, irrigation systems, and upgraded and reopened the Grand Canal (running from Hangzhou, the largest port in the world, to Dadu), and then repeated these feats across the empire. All while serving as chief advisor to the Emperor in the fields of mathematics and astronomy, as well as hydraulics. To call him the biggest brain in 13th century China is no exaggeration at all. 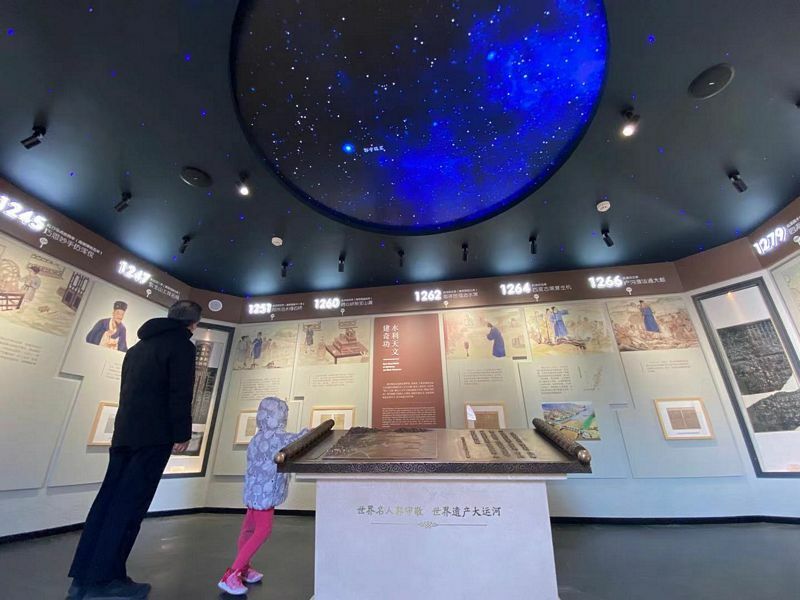 The Guo Shoujing Memorial Hall is a lovely place. On top of a small artificial hill at the north end of Xihai, the most northern of the system of lakes in Beijing (below it are Houhai (known for nightlife and street food), Beihai (a major tourist attraction) and Zhonghai/Nanhai – collectively known as Zhongnanhai – the Chinese Government compound from there the country is ruled.

In his days this was all known as Jishuitan Lake, and this was the main water source in the new Yuan Dynasty Capital, a body reached by canals designed by Guo Shoujing, making this an appropriate place for his memorial and museum.

A very pleasant walk through the area of these lakes is the best way to reach the Guo Shoujing memorial, or just go to Jishuitan Subway Station (keeping the old lake name alive!). The Memorial itself is on top of the hill, above a restaurant ideally placed for a rather expensive lunch if you need refreshment from all the science.

Free to enter and laid out in traditional Chinese style, with central and side buildings, like a temple basically, there are also to statues of Guo Shoujing on hand; one at the foot of the hill with him pointing at the Xihai lake as if to say ‘I give you water!’ and another of him seated and looking clever within the museum itself.

There are five small exhibition halls. Four of which were open at the time of my visit (the fifth is a general science and technology exhibition, not the most important one at all as it didn't seem to be too directly related to Guo Shoujing anyway).

Exhibition Hall 1 gives a chronology of Guo Shoujing’s life. With the introduction as well as some major parts translated into English. Its all clear and laid out well with a metal ao of a canal project in the centre and a projection of some of his astronomical calculations on the ceiling.

Exhibition Hall 2 is subtitled ‘New Dadu Water Resources Project’ and goes through the various water diversion and canal creation/improvement projects undertaken by Guo in the service of bringing water to the city. The maps are fun, the information is clear too. Although not everything is fully translated.

Exhibition Hall 3 is specifically about the Tongzhou-Dadu Canal. Tongzhou is an eastern suburb of Beijing which is now an area of huge development The Tonghui River flows from here into the city and was a key source of the water needed for the prestigious Yuan Dynasty capital. There is a great display at the entrance here with a model map and a video showing how the project was developed and built – all with slave labour of course as per the trends of the time. 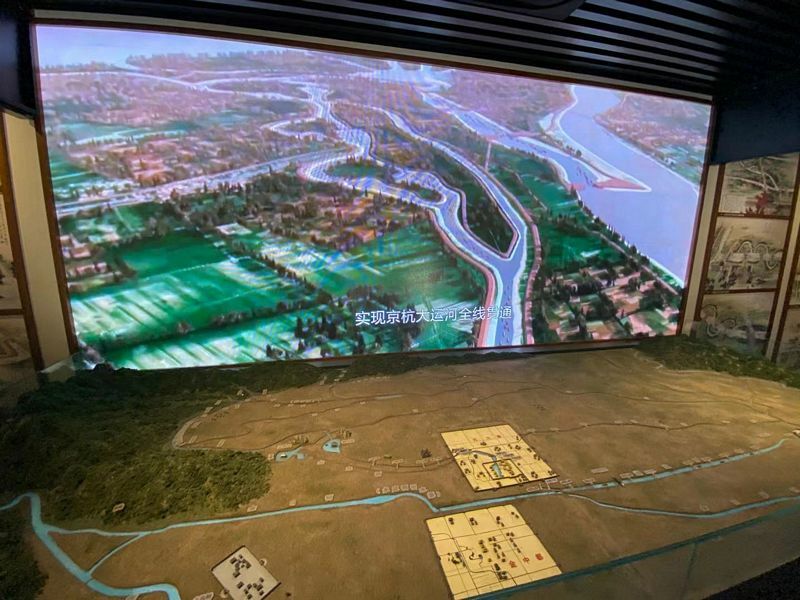 Exhibition Hall 4 is called ‘Great Water Resources Works for the Chinese People’ and gives brief outlines of some of the other works that Guo arranged around the country. For Beijinger’s the most interesting part of this room is probably the explanations and maps showing the changes in Jishuitan Lake into the series of man-manipulated lakes that we know and enjoy today.

All told an hour is about the necessary time to see everything and read every board at the Guo Shoujing Memorial. It is an hour well spent and the site of the picturesque building itself is a reason to visit. The Xihai area is simply lovely and even with the dull rumble of the Second Ring Road as the constant soundtrack here it is a nice spot to walk around and people-watch. Don’t miss the models of Guo’s astronomical innovations on the north side of the hill, or the ancient stone stelae erected to honour him and still in place here too.

A strong recommendation for any visitor to Beijing, whether or not they have any interest in hydraulics, astronomy, science, history, or any of the other relevant subjects. It’s a nice place, the price is right, and the sad lack of a gift shop is the only thing that really lets down the Guo Shoujing Memorial Hall. 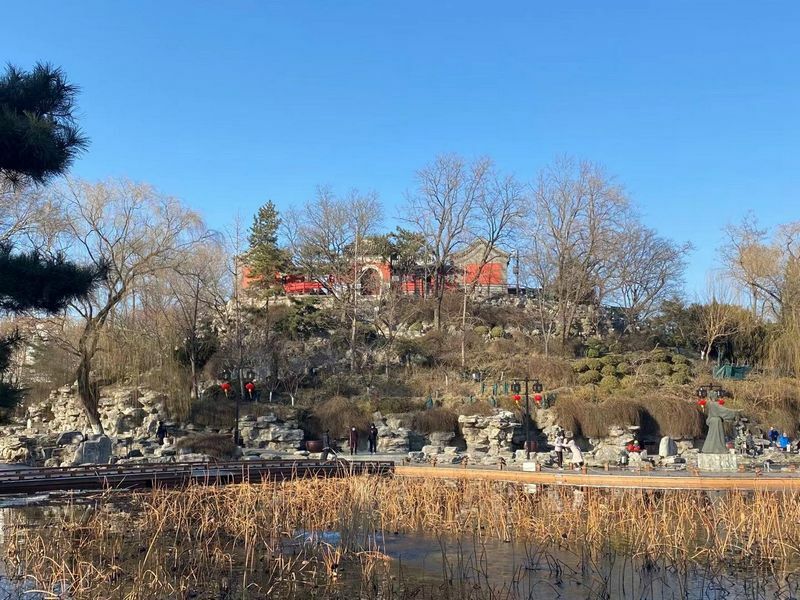