Location: SEGS Building, Songzhuang Town, Tongzhou District (This museum is nowhere near any subway station. You’d need a taxi from either Beijing or Tongzhou. From central Beijing it is more than one hour by road, from Tongzhou around fifteen minutes) 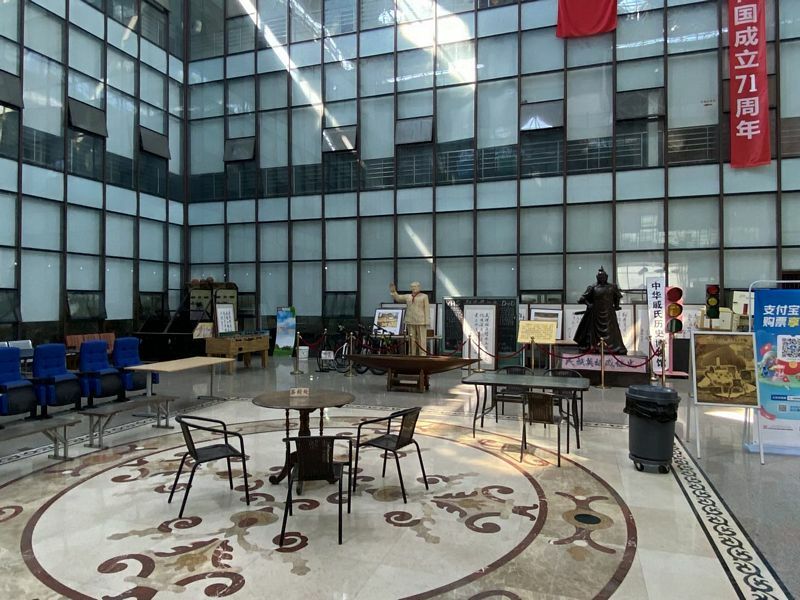 Located in Songzhuang village, way outside of the central city of Beijing and beyond even the suburban city of Tongzhou, this is a remote museum that takes some effort to locate and get to for anyone coming from downtown, but it is 100% worth it and is an absolutely fascinating and deeply fun place. One of the very best and most enjoyable museums I have been to in Beijing (and by this point in the Museums of Beijing project I have visited more than eighty).

The Beijing Daqi Museum for Radios and Movie Projectors is a private museum, so there is an entry fee of 50 RMB per person, which is absolutely worth it. I arrived by car and found only one parking space, odd for 9AM on a Saturday, but then realised that all the other cars were part of the owner’s collection, so there is a London taxi, a Hong Kong taxi, a miandi, and all sorts of other modern classics, just lined up outside next to some statues of Transformers; this somewhat random approach to displays will continue through much od the museum.

Especially in the atrium – the museum is in an odd, somewhat hollow building, and takes up two floors. From the ticket booth some steps lead to an open atrium which houses a very odd collection of displays, or are they just dumping stuff here? There are old cinema seats, several model British post boxes, a two metre high stuffed dog model, a statue of Chairman Mao, a statue of Ultraman, traffic lights, a large Guanyin, two foosball tables, two popcorn machines, and all sorts of other ephemera. It is quirky and weird, and no context is offered. I loved it. 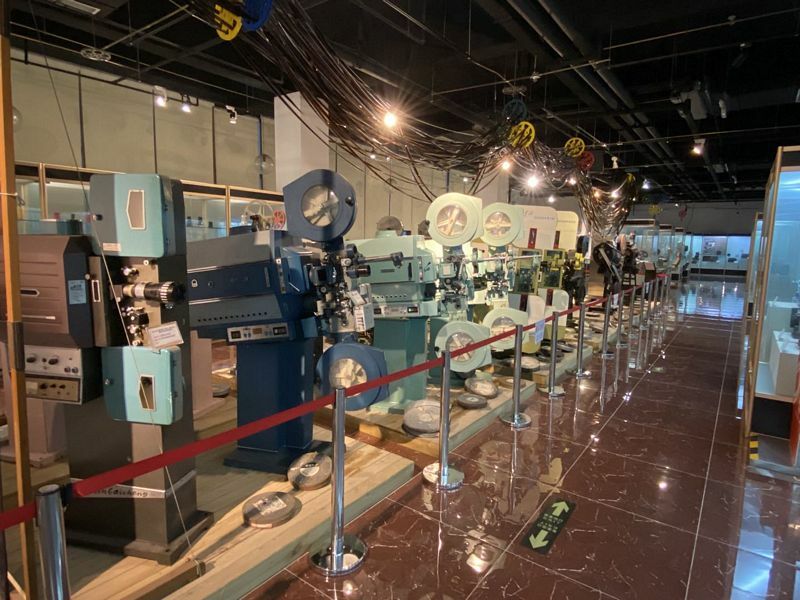 This floor of the museum is dedicated to a collection of devices and materials related to the cinema. So, through the several rooms we are presented with row after row of projectors, from ancient very early examples up to the much larger cinema machines of the late 20th century, all kinds of different sized film, some consumer cameras, some motorbikes, typewriters (for writing films scripts? It is never explained), old Chinese cinema magazines, posters and potted histories of some of the key films in the history of cinema, a wall of Chinese movie stars of the early domestic cinema era, a collection of record which might be cinema-related, and just so much more.

There are some explanations offered at a few spots, some of them translated, but the correct way to approach this museum is as if you are visiting the collection of someone who has an obvious passion for collecting up old machinery and technological ephemera, and then has tried to put it in some sort of order in a large suburban museum. That’s exactly what this is, so embrace it and (if you’re anything like me) be deeply jealous of his collection of amazing stuff (and wonder where you can find some for yourself!). 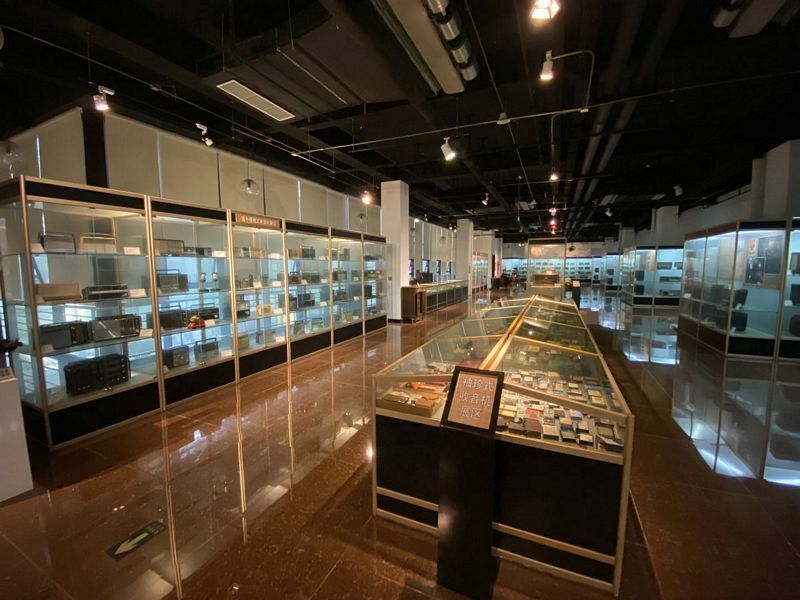 There is an educational component, and the brochure for the museum does focus on welcoming school groups to learn about this old tech, but as there were no kids there at the time of my visit I skipped learning about how 16mm and 35mm film differ (beyond size) and just soaked up the retro vibe this place emits – at the end of the cinema floor section there is a shop which is the only genuinely disappointing thing about the Beijing Daqi Museum for Radios and Movie Projectors as it sells just a load of tat (Avengers pencil case, a mug with a bible verse? And not much specific to the museum beyond an ugly t-shirt or two – give me mugs, give me magnets!) – the only other let down; that the coffee shop was closed too.

Up on the next floor the exhibit is about radios, and TVs, and anything else that could be squeezed in (a model 1980s apartment, a fascinating still-operational home piano-organ). So, we run through the history of radios with some amazing displays of the very early room-dominating devices, up to tiny transistor radios. Some of the most interesting are of course the ancient ones and also the DIY jobs made in the 50s and 60s in China, with rugged-but-ornate boxes carved by people to house radio equipment. 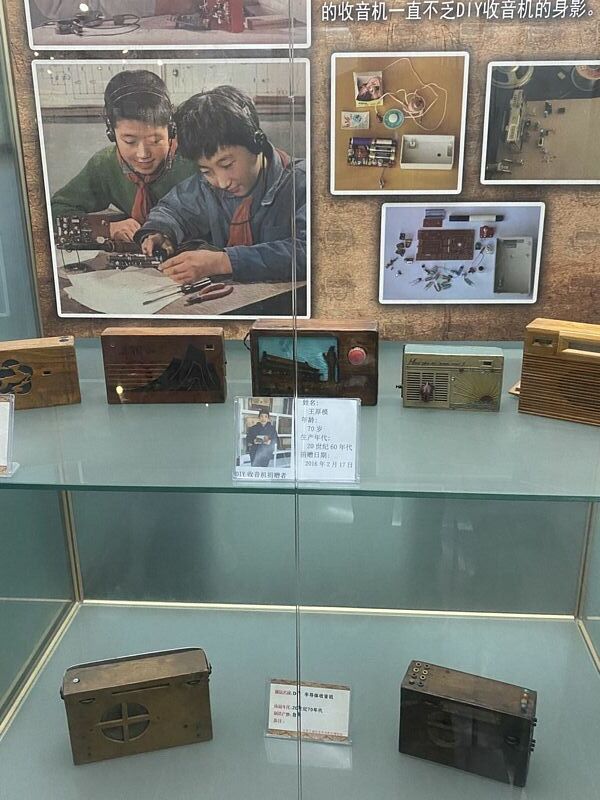 Moving on to TV we again find imported models first and then domestically produced televisions for the pleasure and education of the masses. Some displays of Chinese pollical leaders of the 50s – 70s showing impressed foreign dignitaries around a TV factory can be found on the wall (spotted: Kim Il Sung being shown a telly by Deng Xiaoping), and once again there are so many different boxes here that it is all a bit overwhelming. I particularly liked the small screen TV with a chunky piece of magnifying glass propped in front of it, easier than waiting decades for a wall-sized plasma I guess!

Finally, we reach the end, with a display cabinet of mobile phones just thrown in at the end for a cheeky dessert, and the Beijing Daqi Museum for Radios and Movie Projectors is done! I was told on entry that two hours would be the normal amount of time spent here, and I did get around in about half that. But this is mainly due to not really understanding what most of the Chinese-only explanations of technology that I don’t really understand was all about, plus having another museum to visit soon after wards, otherwise two hours could easily be spent in this amazing place, especially if the coffee shop would open up again. 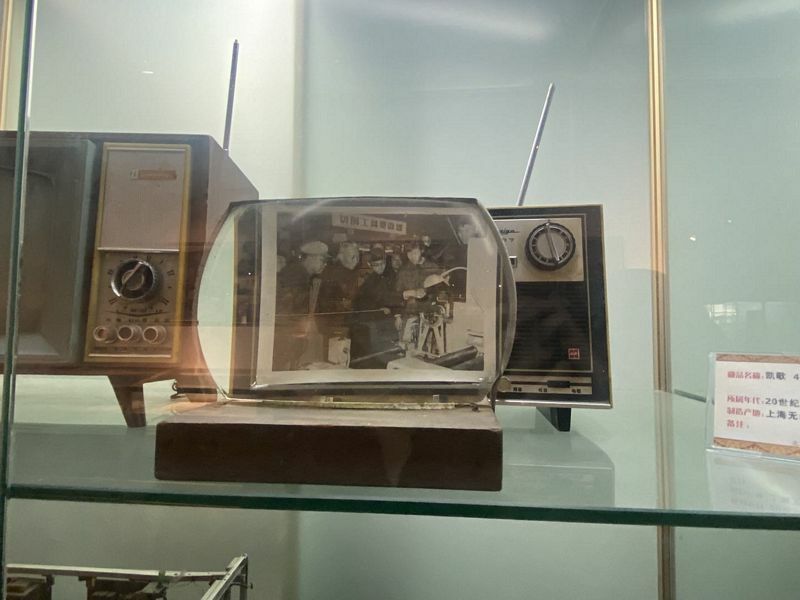