Museums of Beijing: Lao She Memorial 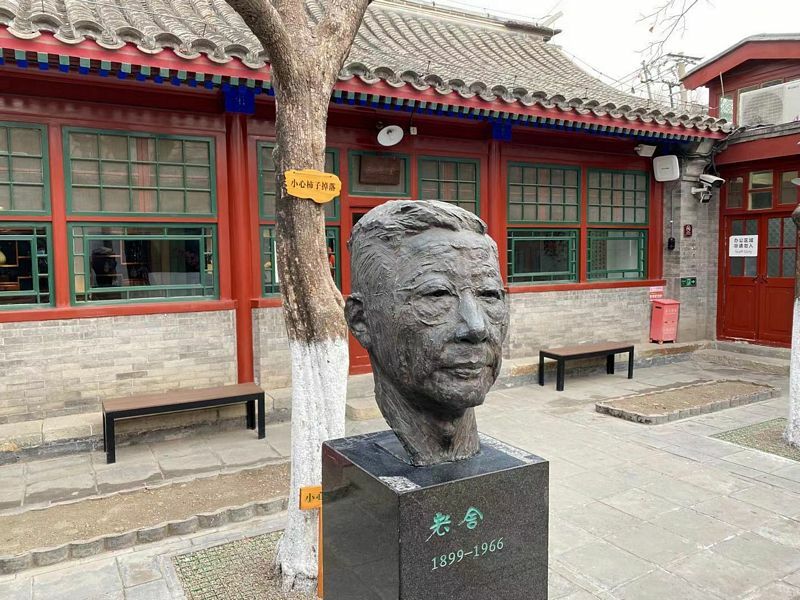 Lao She (the pen name of Shi Qingchun) was born in Beijing in 1899, during the last few years of the Qing Dynasty, and was a Beijinger through and through. A titan of mid-20th Century Chinese literature and (along with Lu Xin simply the most well-known and highly renowned man of letters in the whole country.

Around China there are several museums based in former homes occupied at one time or another by Lao She, but this one in central Beijing, just a few minutes’ walk from the top of Wangfujing, is the one in which he lived from 1950 until his death in 1966.

A traditional Beijing courtyard home spread out over around four hundred square metres this has been converted into an exhibition space to succinctly tell the basic story of Lao She, and the first hall (the western side of the courtyard) does this very well. With photos and bilingual explanations of Lao She’s birth (in another Beijing hutong), his school years (sponsored by a rich relative initially, then the beneficiary of a rapidly modernizing educational system), time spent as a teacher, then time spent in the UK as his literary career started to take off (his former flat in Notting Hill, London has a prestigious blue plaque noting that he lived there from 1925-28). Then his return to China via some time teaching in Singapore, time spent living in different parts of the country, and then joining the anti-Japanese war effort and bringing his literary talents to bear for political and military causes in a period which established his patriotic credentials alongside other artistic giants of the day (such as Mao Dun and Mei Lanfang). After the establishment of the People’s Republic of China Lao She took political positions too and his prestige and fame grew as he continued to write. Much is made of the luminaries such as Zhu Enlai who visited him in this house as well as the performances put on of his works in Beijing and across China. Lao She spent time in the United States as well as even visiting North Korea in 1953, just after the end of the Korean War, and his time in this specific house dates from around that time. 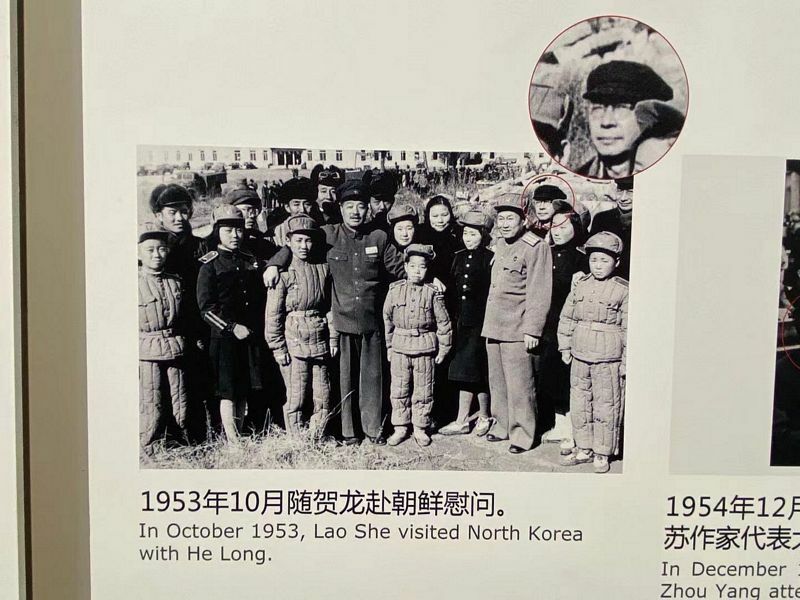 As the final board in this exhibit noted Lao She left this house, which he and his wife called ‘Red Persimmon Courtyard’ on 24th August 1966. He went to Taiping Lake (no longer in existence) and ended his life by drowning himself there. No further information is given at this site.

In fact, at the start of the Cultural Revolution Lao She had become a target for the anti-intellectualism and iconoclasm of the Red Guards. He had been subjected to public denunciations, beatings, and humiliation including being paraded around parts of the city. It had all become too much, and Lao She put an end to his own suffering. This tragedy is as much a part of 20th Century Beijing as the rest of Lao She’s life but is frustratingly whitewashed in this museum; the only disappointment in an otherwise well-told tale in this small exhibition.

Across the courtyard is another room showing artefacts from the life of Lao She; some clothes he wore in Japan and the US, copies of his books (notably Rickshaw Boy) in a range of languages. All well labelled in English and Chinese.

Finally, at the back of the courtyard re the rooms kept as they were in the mid-60s. With a pleasant living room furnished as-was, the bedroom of his wife (which strangely has a ‘no photos’ sign) and Lao She’s study and bedroom, where so much of his later work was created, and with his calendar left open on his last day. In the courtyard itself the persimmon trees planted by Lao She and Hu Jieqing (his wife) still stand, as well as a bust of the man himself, and a bowl in which he used to keep fish.

While Lao She is almost universally known in China his fame is not as widespread in the rest of the world as it used to be, but anyone visiting this memorial museum will get a good understanding of the importance of Lao She as a literary figure and Chinese patriot in just a short visit of half an hour or so. Entry is free, and as it is centrally located it is an easy and worthwhile inclusion to a Beijing visit for almost all visitors.