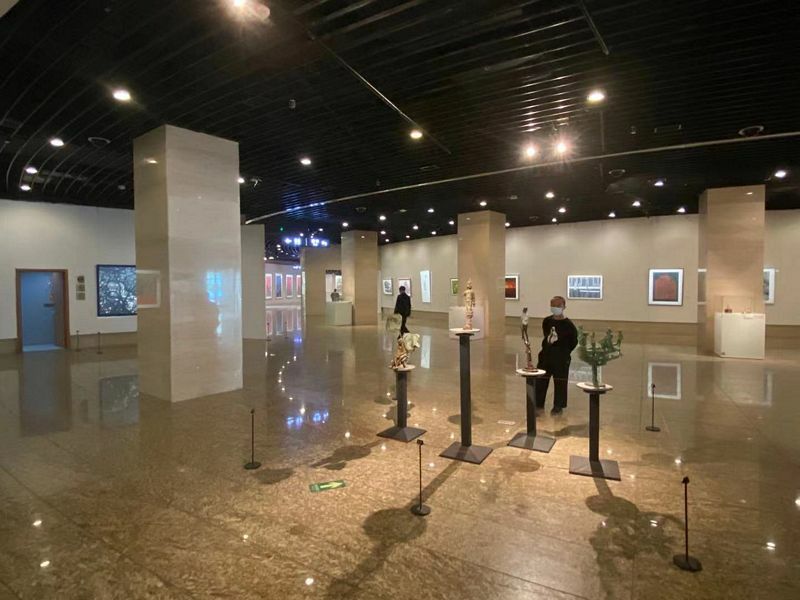 The China Millennium Monument  is a curious place to visit and seems to be somewhat unsure of what it wants to be, given that the Millennium itself is more than two decades behind us. Built for the turn of the year at the end of 1999 this is a huge sundial shape pointing south over a lengthy extended plaza which is lined with a thousand years of zodiac signs and predictions, quite attractively done and sadly little-visited – even with this monument being located between the very popular Military Museum and Yuyuantan Park.

Fans of numerology will find a few choice facts to dwell on here – there are 960 pieces of granite in the plaza which represents the 9.6 million square km of China’s territory, and 56 reliefs to represent the 56 nationalities of China. There is a sign with the name of the monument written in Chinese by then-President Jiang Zemin too; a man of who little seems to remain in today’s China, so any fans (!) of Jiang might want to see his penmanship here perhaps too.

Inside the building itself we find a mixed bag; on the first floor of the circular building is an art exhibition, of contemporary art, which is pretty interesting and varied in style; paintings, sculptures, ceramics, and so on. Then on the second floor the ‘World Art Museum’ which at the time of my visit was mainly an untranslated collection of features on various significant personages in China. Not uninteresting, but also not really ‘art’ by anyone’s standards. A photo exhibition of people and scenery around China which was partly featured in this hall was interesting and was continued with larger photos in the square outside too, but this is a temporary exhibit and is likely to be changed by the time any readers find themselves at the China Millennium Monument. 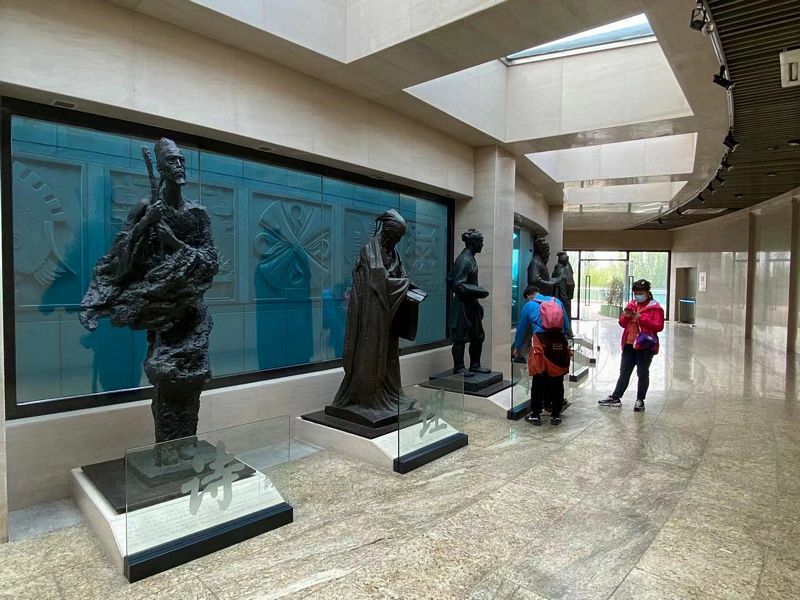 The third floor, accessed from the outside area near the sundial itself, was the part I found most interesting. Here we have simply forty statues of famous figures in China, some of whom have monuments and former homes that have been visited in the course of this Museums of Beijing project in fact: Lu Xun, Mao Dun, Gou Moruo, Mei Lanfang, etc, all the way back to the famed sages Confucius, Lao-tzu, and so on. These are quite fun, and a good introduction to some famous Chinese figures for anyone interested too.

At the back of the sundial part is a platform offering views over Yuyuantan Park, and to the Beijing TV Tower, a good spot for photos for sure. And in the basement, which is very poorly signposted, is a very large temporary exhibition hall which was hosting a calligraphy show at the time I visited, but which even the un-uniformed security guard who had initially tried to stop me even entering the place through one entrance, seemed unaware of. The calligraphy exhibit wasn’t even the oddest part of the whole thing; there was another temporary exhibition inside of heavy wooden furniture, which may or may not have been a shop of some kind, but which was all squeezed into too small a place; it all seemed a little poorly thought through and unsure of itself, the China Millennium Monument in general has this vibe. 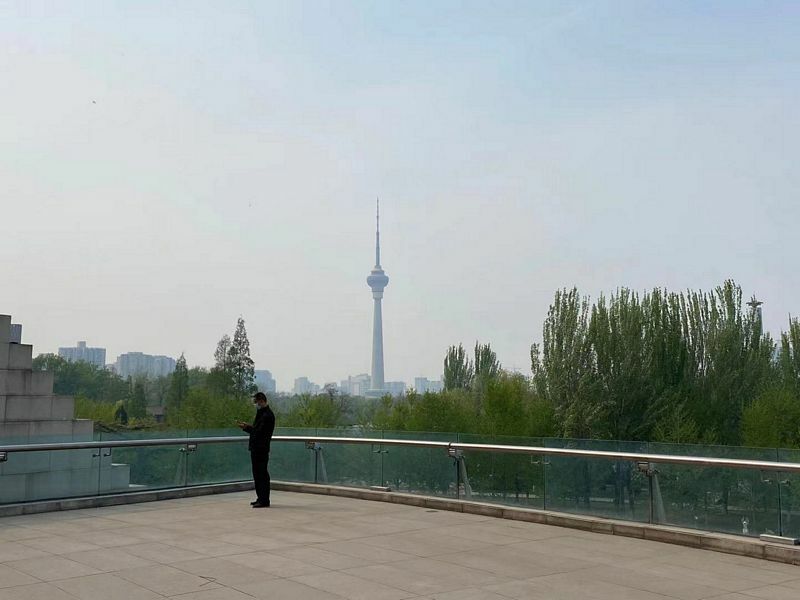 There is no shop per se but there is a place which does seal carving demonstrations (these ‘seals’ are what are also know as chops; blocks for signing your name in Chinese). This shop also sells a selection of children’s books in English, for some reason.

It’s hard to really recommend the Chinese Millennium Monument to visitors to be honest as the attraction is a little unclear. But if one is to find oneself at the Military Museum one day, having neglected to actually book a ticket online in advance (yes, this is exactly what I did! An amateur blunder) then this place is just five minutes’ walk away and entry is free, so there is value for money and it does pass the time. So not really either recommended or not recommended, just an option for something to have a look at when you find yourself in this part of town!