Changes on a propaganda billboard over the years

Before & After: Kaesong Street Propaganda

Almost all visitors to the DPRK make the journey from Pyongyang to the historic city of Kaesong, a 160km drive down the reunification highway, taking in the Highway Rest Stop featured earlier in this blog series.

The focal point of this journey is usually the DMZ (also previously featured) where most tourists pay a visit, and then return to the capital. But the city of Kaesong itself is a destination for many discerning travellers and has many unique attractions of its own. Kaesong is home to almost all of North Korea’s UNESCO World Heritage Sites, mainly due to being the ancient capital of Korea, and being more or less the only place not completely annihilated during the Korean War. There are royal tombs, assassination sites, remnants of palaces and places of study, and a lovely old city gate in the heart of what remains of the old town.

Also in this old town is one of the two hotels in Kaesong that can accommodate foreign guests; the Minsok Hotel (Folk Hotel) – made up of a series of old 19th-century houses along a pleasant small stream and on one of the main streets of the centre of the city. 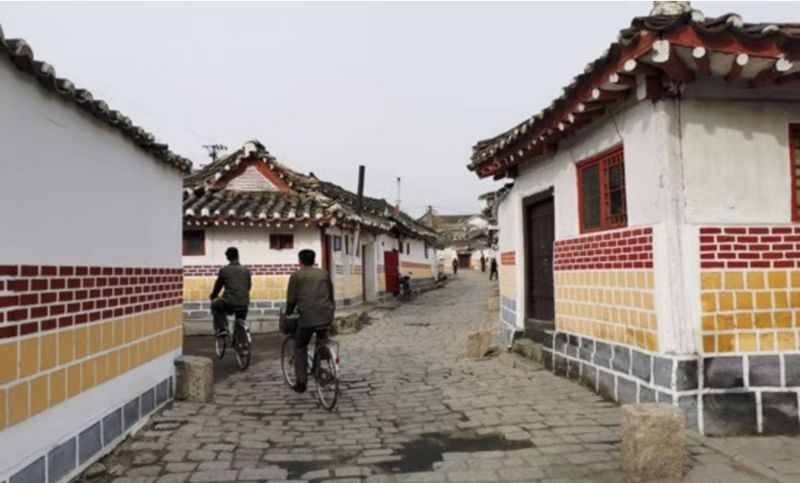 After a night at the Minsok Hotel, sleeping on the floor of course, as tradition demands, guests waiting to depart often gather at the main entrance to watch local commuters passing by, mostly travelling on foot or by bicycle, and to snap photos of the large public propaganda billboard directly opposite the entrance of the hotel itself.

Over the years this billboard has been repainted, redesigned, and carried various messages. Here are a selection from the last fifteen years, and if anyone wishes to see this for themselves then be sure to book a trip with Koryo Tours and include a stay in the city of Kaesong while experiencing North Korea. 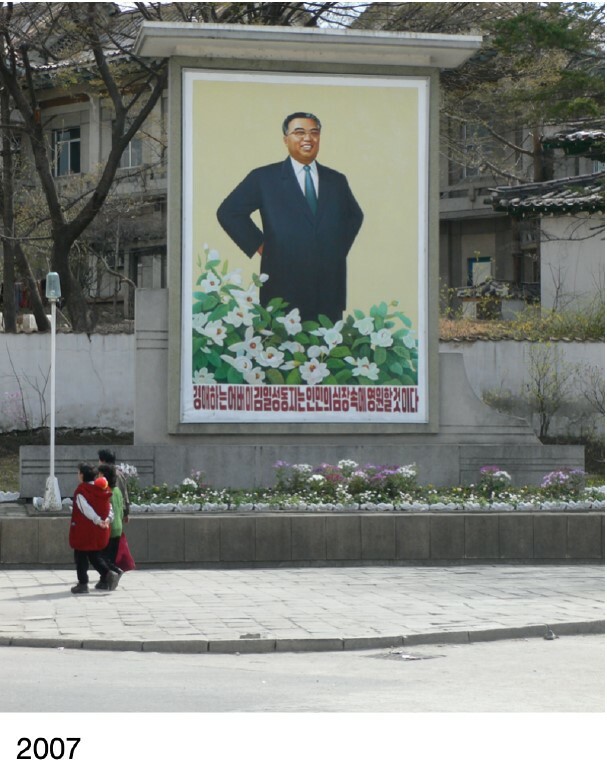 This is Kim Il Sung, founder and President of the DPRK. The slogan reads: 경애하는 어버이 김일성동지는 인민의 심장속에 영원할것이다.
Our beloved father, Comrade Kim Il Sung, will live forever in the hearts of the people! Here we see Korean peoplel representing the various parts of society (a worker, a soldier, a woman, and an intellectual - obviously there can also be crossovers in these fields too!) uniting under the logo of the Korean People's Army, in line with the 'Army First' policy of that time. The slogan reads 위대한 장군님만 계시면 우리는 이긴다
With the General, we will win! (the General being referred to here is Kim Jong Il) 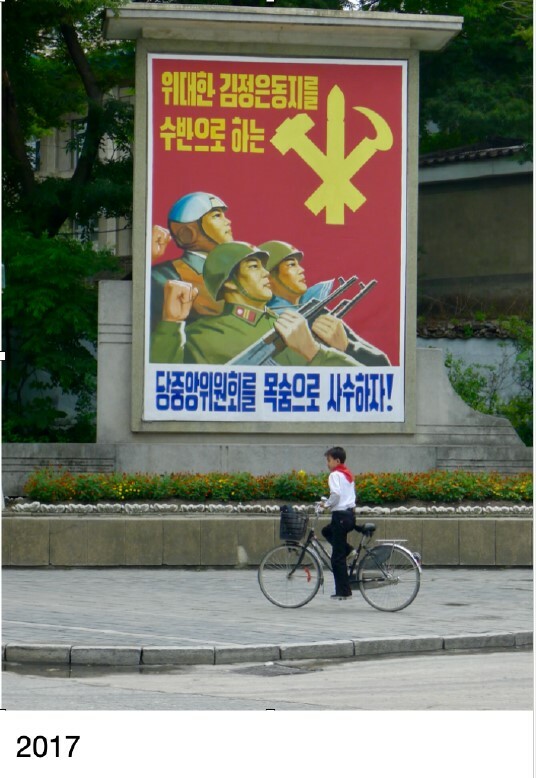 Here we can see representatives of the main Korean People's Army forces - army, navy, and air force, swearing loyalty to the Workers Party of Korea (the logo of the writing brush, hammer, and sickle represents the Party). This is a departure from the previous Army First policy as it shows that the armed forces operate under the leadership of the Party. The slogan reads: 위대한 김정은동지를 수반으로 하는 당중앙위원회를 목숨으로 사수하자! Let's defend the party's Central Committee, led by the great Comrade Kim Jong Un, with our lives!

A brief history of Kaesong can be found here

Bonus Kaesong fact: Kaesong is considered the home of ginseng; the first place that this magical panacea was cultivated (there is also wild ginseng of course) - some more info on this root can be found in this blog entry 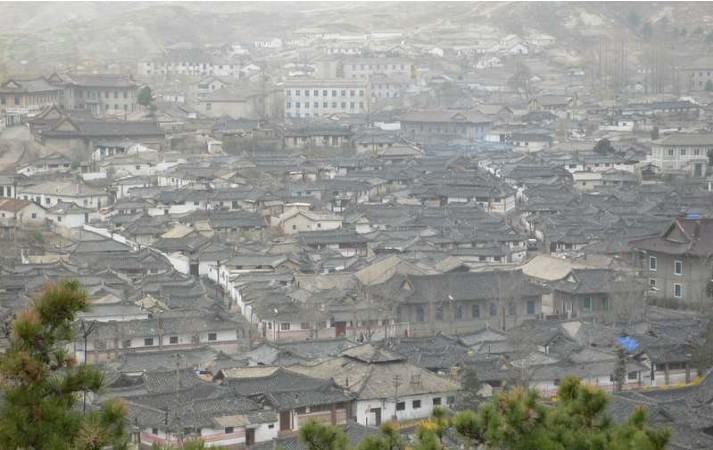