Learn about liberation, reincarnation, and more! 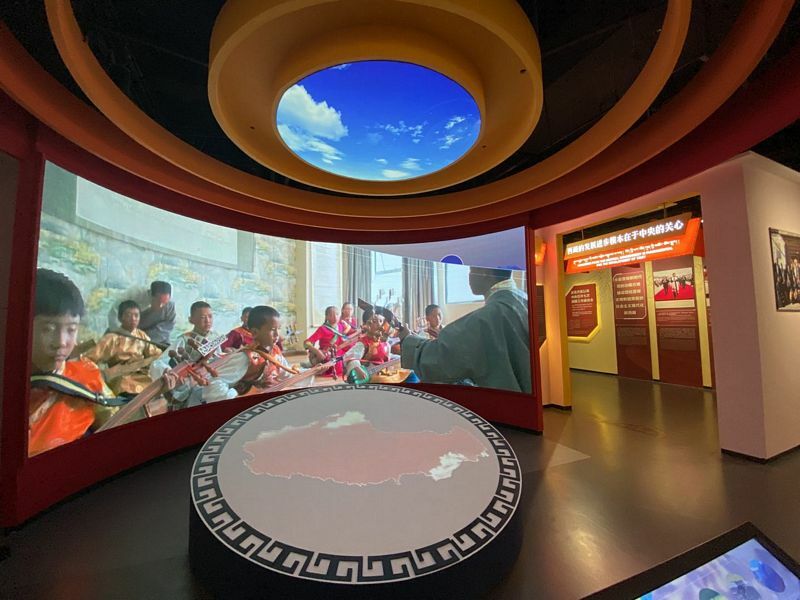 The Museum of Tibetan Culture is a large building inside which is a modestly sized museum. The rest of the complex in which this museum can be found is taken up by the China Tibetology Research Centre. Across the road (the 4th Ring Road, so rather a large one) from this building is the Tibet Building, a hotel run by the provincial authority, so it’s a kind of Tibetan area of the city, aside from the complete lack of actual Tibetans that is!

The Museum of Tibetan Culture is spread over just a couple of floors, so is much more modest than the outside of the building would suggest – the first floor doesn’t have any exhibits and is just for the WC and a bit of admin, so it’s really just two floors. The unhelpful map in the entry area lists each of the six exhibition halls as containing ‘Temporary Exhibit’.

The second floor is mostly made up of the exhibit ‘Great Achievements: A Special Exhibition to Celebrate the 70th Anniversary of the Peaceful Liberation of Tibet’ which is new for 2021 (1951 being the year of this ‘Liberation’). The adjective ‘Peaceful’ is used over and over in the explanations of this interesting exhibition, to the point that one might even start to wonder why we have to be told over and over that it was a ‘peaceful’ event. At one point a board makes reference to “seeking peace through battle” and the doublethink starts to hit home a bit more – but it’s a museum about the liberation of Tibet, in Beijing, what did you expect? The display is interesting though, with key events from the Yuan dynasty laid out chronologically, then the perfidious Brits get a look in as the Qing Dynasty started to collapse, but fortunately, we find the New China government coming to the rescue of the lumpen masses of Tibet toiling under the oppressive heel of the monks and entrenched feudal and theological interests, and we embark on a journey with years marked on the wall to show progress made in all the various social fields of emancipation of peasants and women, increasing literacy, and so on. The Great Leap Forward is ignored, and the timeline runs out at 1965, as presumably, nothing particularly significant happened over the following decade.

We also find in this room the expected quintych (if that is the word for a triptych made of five pieces) of the main paramount leaders of China showing their solicitude for their Tibetan subjects. Then we run through the key Tibetan cultural elements saved and promoted under the PRC system – Tibetan medicine, writing, the development of key industries based on the characteristics of the province – its propaganda of course, but it is interesting enough. 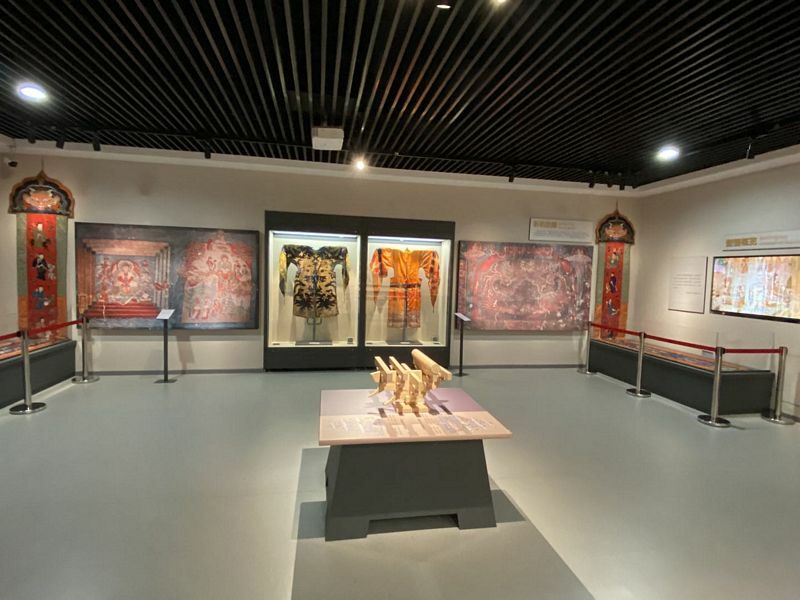 Up to the third floor (the other exhibit on F2 being one of some photos and calligraphy that had nothing to do with Tibet at all) and the main show is the quite fascinating ‘Exhibition on the Reincarnation of Tibetan Buddhist Living Buddha’. A ‘Living Buddha’ is someone who has been reincarnated from a previous personage of religious significance. We are informed that a couple of thousand of these folks are alive in China today and are recognised by the government in fact, seeing as reincarnation is only permitted with government permission (an utterly and manifestly absurd policy, excused here by pointing out that in the past Chinese Emperors would be called upon to confirm reincarnations. So that makes it reasonable in the present day? Please!)

The two main characters who keep getting reincarnated in Tibetan Buddhism are of course the Dalai Lama and the Panchen Lama. We get a bit of potted history of their various incarnations, all the controversies about the current versions are ignored of course, presumably because the museum ran out of room, or something. Anyway, it’s informative, but it’s also hard to escape the fact that the exhibit seems to have no philosophical problem with the idea that a secular government, that cannot possibly believe in reincarnation, is charged with approving it when it happens – trying to mask a spiritual power-grab like this does no service to any thinking visitor, so it does leave one with a shrug and an eye-roll. This is especially so when the actual philosophy behind reincarnation could be explored instead of wasting space with efforts to justify why the Central Government would have anything to do with something that literally isn’t real anyway.

Onwards to the final hall – this hosts the ‘Exhibition of Han-Tibetan Art of Shalu Monastery in Yuan Dynasty’ which is a very confusing title indeed. Basically, Shalu Monastery is in Shigatse in Tibet, and the exhibits here are designed to showcase it as an early example of Han (the majority people of China, itself something of a mélange rather than genuine distinct ethnicity really though), and Tibetan artistic cooperation while living under the Yuan Dynasty (which was formed by the Mongol invasion), got it? This exhibition works as effective travel propaganda for the monastery itself as the art and statuary is really impressive and looks great, they really should have had some leaflets advertising tours to the place available at the end. And that’s it. There is no shop or café, although there is a very North Korean-style counter with a few lonely bottles and about three souvenir magazines, and no staff anywhere nearby. The museum may seem like it will take hours to go around when approaching the huge building, but an hour or so is really enough, maybe up to two hours if every piece of info (about half of which is translated in some way into English) needs to be read and internalised.

Did I learn anything about Tibetan culture though? Not really? I was expecting exhibits on clothes and dress, food and drink, sports, music, family culture, and so on – plus of course something about the religious hierarchy. What I got instead was a version of history with some missing bits, a display going to great lengths to justify a 21st Century government deciding when someone can reincarnate, and then an advert for a monastery. I don’t mean to be too dismissive though, it was interesting and absolutely worthwhile, but this is surely not what Tibetan Culture actually is all about – if only there was some kind of Tibetology research centre nearby that could contribute to the Museum of Tibetan Culture! 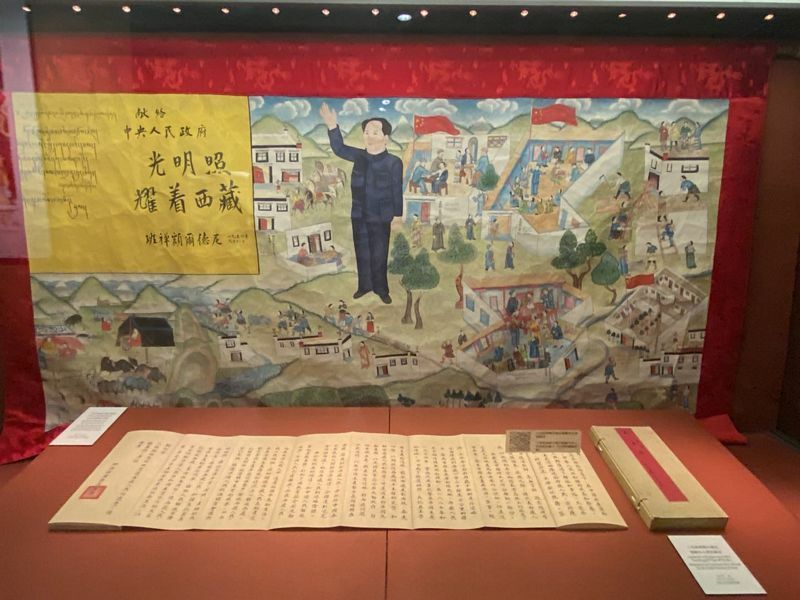