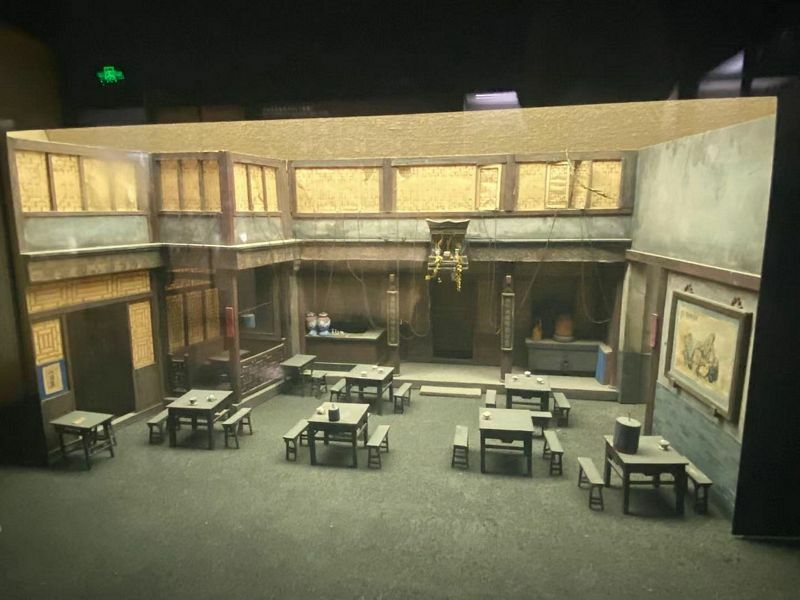 The Beijing People’s Art Theatre is a lovely example of European-influenced 1950s socialist architecture, a rare sight in much of Beijing these days with many of its contemporary structures having been modernised or removed over the years. This building is very central in the city, at the north end of the famous Wangfujing shopping street and stands out for its retro style in a modern part of the Chinese capital.

Founded in the 1950s by four theatre enthusiasts, who “aimed at building a theatre of Chinese national characteristics and socialism”, as the introductory board at the museum rather grandiosely claims, this was the main centre for the great and good of Beijing’s theatrical scene for quite some decades and benefitted from the support of political leaders (most prominently Premier Zhou Enlai and the writer and culture minister Guo Moruo), who saw themselves as patrons of the arts. 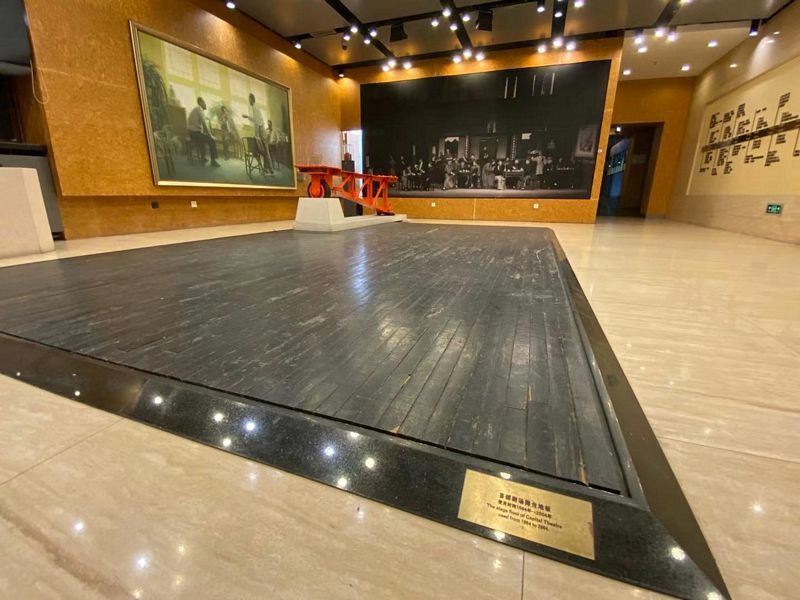 The Theatre Museum of Beijing People’s Art Theatre (an awkward title, that could be improved by removing a couple of words in English), is located at the back of the main theatre building, through a side entrance and up an elevator to the top floor. The museum itself is laid out along four corridors and is rather impressive indeed. With excellent lighting, detailed display boards, and the majority of its content translated into English with a very high level of translation ability applied. A great deal of effort has clearly gone into this and it is, by layout and display, one of the most impressive museums in the city.

The first hall contains some of the floor boards from the original stage, used from the 1950s to the 1980s, a large photo of the cast of Lao She’s famous play ‘The Teahouse’, which is the signature play of the Beijing People’s Art Theatre, as well as a painting of the four men who were to found this institution in a meeting that claims to have gone on for 42 hours! 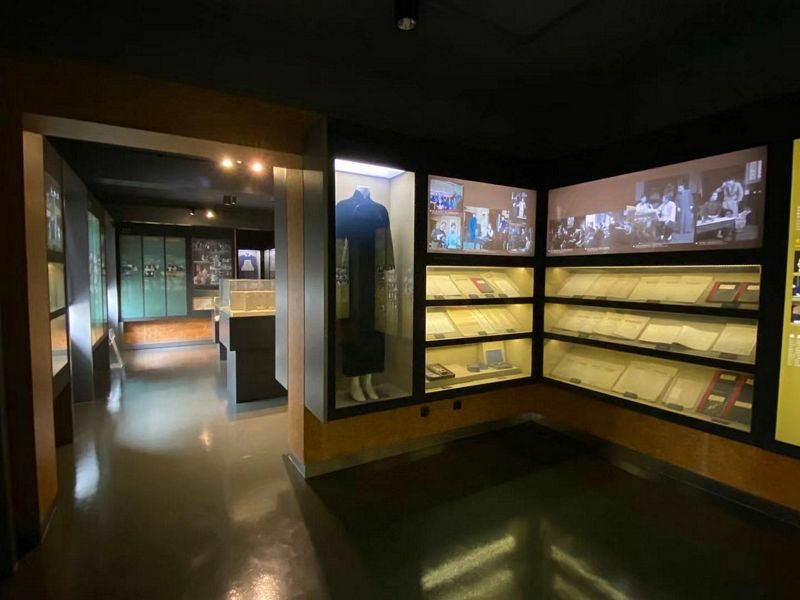 The next rooms take us through the lives and careers of these four titans, most prominently Cao Yu who was the leader. It’s pretty interesting although I had never heard of any of them before. There is a clear focus on photos of them meeting with the leaders of the country (as well as various foreign figures; Jimmy Carter, Charlton Heston) and their backgrounds as propaganda performers and agitators are laid out pretty well with a balanced amount of propaganda (which was institutionalised in the performing arts in the early days of the theatre of course).

The corridors themselves are lined with portraits of notable administrators and theatre legends, and the next three halls are mostly taken up with displays related to specific performances put on in this theatre. We are show the dates of significant premieres and revivals, casts, photos of the sets, some stage models, and some props and costumes, too. It is very well done and educational, there are also leaflets available explaining each play for anyone with a more detailed interest (in Chinese only). From Soviet socialist realist classics (such as the Nikolai Pogodin’s ‘The Man with a Gun’ (called here ‘The Man with a Rifle’), which features Lenin and Stalin as characters, though the whole history of modern Chinese stage performance, and also some more universally known overseas plays such as ‘Death of a Salesman’. Plays are still performed at the Beijing People’s Art Theatre and there is a ticket office just outside the theatre building itself. 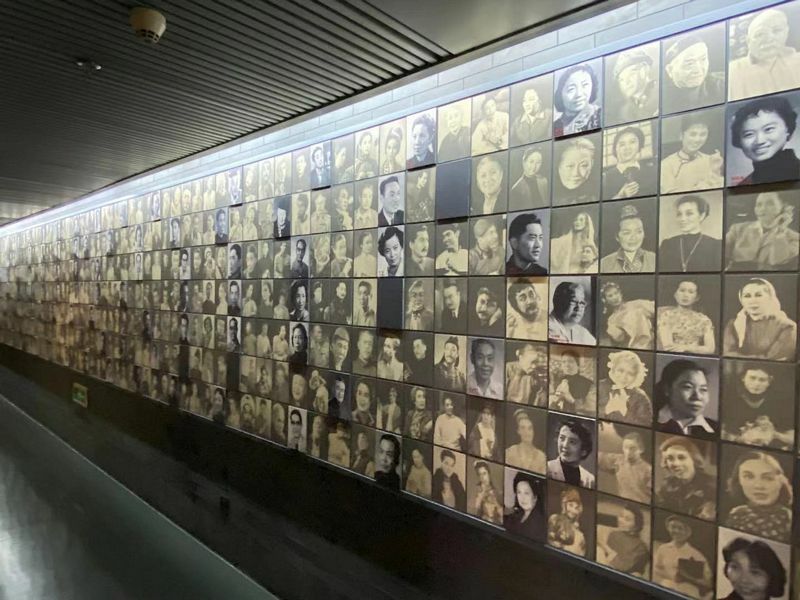 The concluding section is somewhat small, as the theatre is still an extant institution there is nothing really to conclude other than that the theatrical arts remain viable and that there is a glorious history in this building itself.

Although the Theatre Museum of Beijing People’s Art Theatre is probably not for everyone, after all (unless you’re a fan of the stage or of Chinese plays in particular most foreign visitors will likely not have heard of any or many of the personages involved). But the layout is nice, the location is very easy to get to, the entry is free, and it takes only an hour or so to work your way around (unless you dedicate yourself to reading every single panel in the hall introducing the founders of the theatre; there is quite a lot of information there!). So, it’s a good recommendation for someone looking for something a bit different, and also a good chance to see a bit of the architecture of a Beijing that has largely disappeared after existing only for a short time in the grand scheme of things. 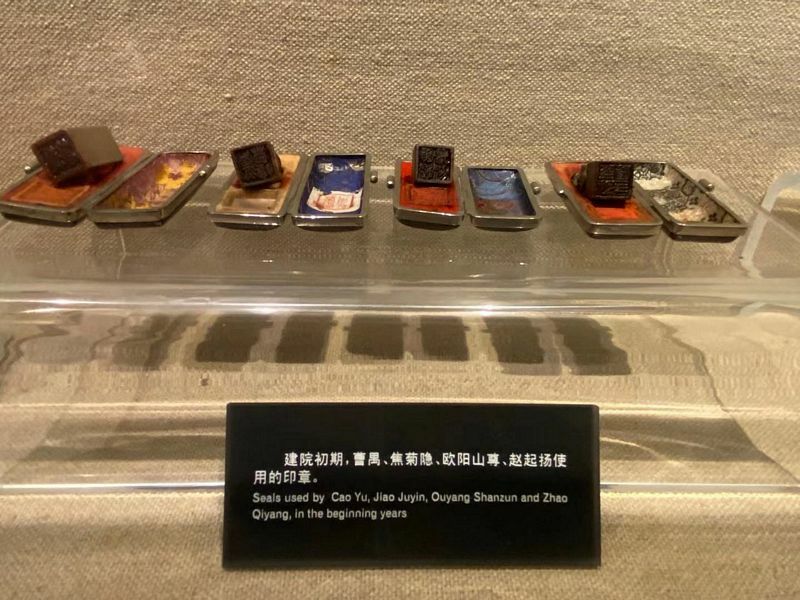