Location: 4 Zhengyi Lu, Dongcheng District, Beijing. Nearest Subway Station is Qianmen, Wangfujing, or Tiananmen East; all around 1 km away from the museum. 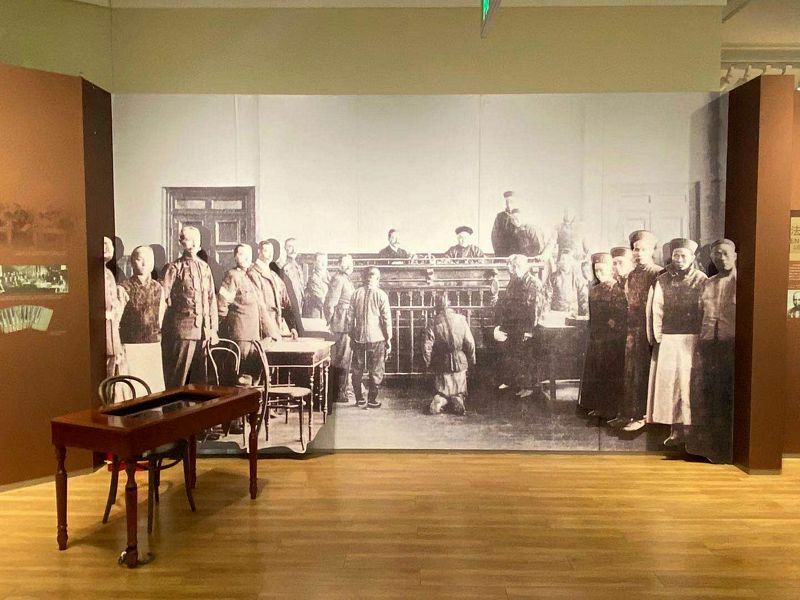 A lovely old building (once the Yokohama Specie Bank during the days of this part of Beijing being the home of various foreign concessions) is the home to the China Court Museum which, despite, its excellent location, is little-known and somewhat obscure.

The China Court Museum is free to enter but at the time of my visit (late December 2020) it was necessary to call ahead and book a day in advance, despite nobody being there on the day that I visited in the first case. The number to call by the way is +86 10 6755 7825, you will need to give your name and ID number, in Chinese. Then when you show up the next day they might not even bother to check this at all!).

Anyway, once inside, however may visits that takes to occur, the visitors finds themselves in a large older building, with two floors of displays, only eh introduction of each which can be found in English. However there are QR codes with several exhibits for more detailed explanation via WeChat which can be translated using an in-app function.

Downstairs features a main room with a digital display and a series of video presentations on the glories of the modern Chinese court system; prosecuting criminals, protecting IP rights (although the example given at one point of the Qiaodan sports brand that shamelessly ripped off both Michael Jordan’s name in Chinese as well as his iconic outline and was then protected by the courts in China is a poor choice indeed) as well as some info on notable justices and some text on the glorious leadership of the President too. 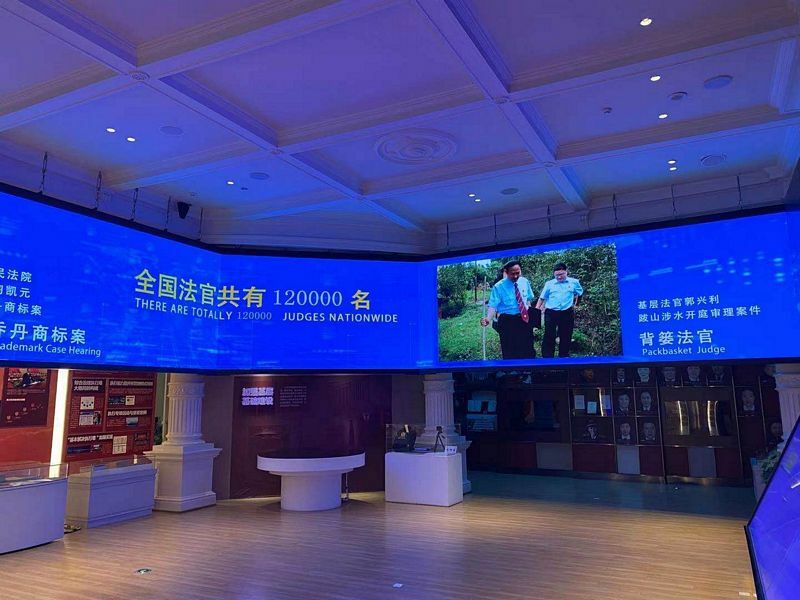 A mock courtroom is also here, you can sit in the chair of the justices and mete out your own rulings if you like, you can’t it in the jury box though as of course there is no such thing here. This is not mentioned once, and the concept itself is not even alluded to at any time, despite other comparisons with foreign systems being brought up from time to time.
In the former bank vault on this floor (the massive door being very impressive) is perhaps the highlight of the museum, even though it has nothing to do with courts at all. Here is a lovely little model of the former foreign concessions, of which this building is part of one. So, you can see how the various foreign areas were laid out and then simply go outside and visit them. It’s a nice addition and maybe a several room museum about this subject would be a worthy inclusion on the Beijing Museum Scene; future curators take note! Upstairs exhibits run through a rough chronology of courts and justice through the history of China, given the length and depth of this history plus the limited space this is somewhat truncated, but some examples of rulings on bamboo strips plus some paraphernalia from courtrooms of the ancient past are on display. Foreigners involvement in setting up a modern justice system is mentioned too, somewhat ambiguously as the meta-narrative of interfering outsiders undermining China has to be balanced with the benefits of an updated system, but this is done quickly enough. Then we get into rooms showing some famous cases such as early revolutionaries being persecuted by previous governments, and the era-defining cases against Lin Biao and the Gang of Four (look these up, they were major events in the 1970s), all deftly handled while ignoring any responsibility for their crimes that may have fallen on those who ended up prosecuting them, or fortunately passed away before it came to that! As video of Jiang Qing (Mao Zedong’s wife, a member of the Gang of Four) on trial would be vastly more interesting for foreign visitors if there were subtitles.

A final room on the top floor shows off court outfits from both China and abroad, there is a digital display in which you can dress yourself in a choice of robes; unfortunately it really doesn’t work very well at all, Would be better to simply have some mock costumes on hand to try on for anyone interested! 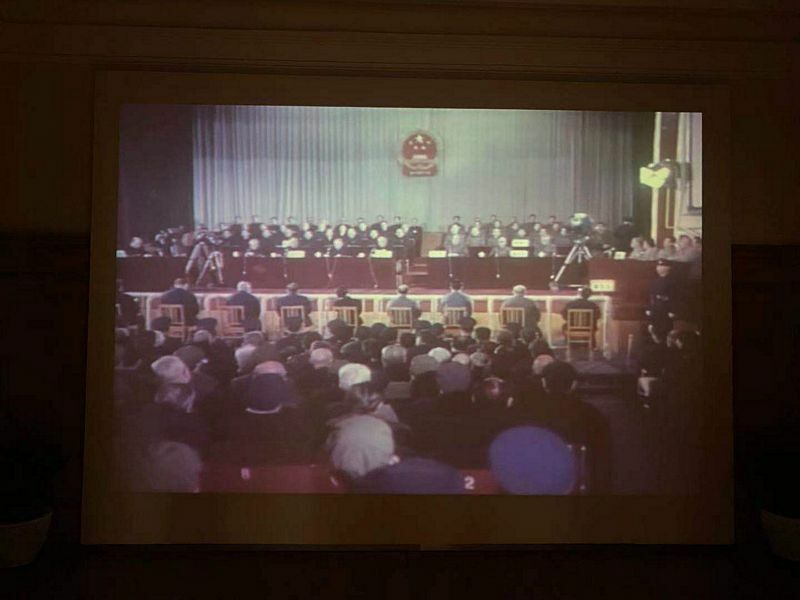 The China court museum is interesting, but it is also frustrating. Of course, there are huge omissions here and the main hall’s relentless glorification of a system that almost nobody outside of China would claim as an actual exemplar of fairness and justice is grating on anyone who knows anything about it. Photos of examples of criminals being sentenced to the most final punishment that can be delivered seems in bad taste for opponents of capital punishment, too. I believe many foreign visitors may see ironies in a place meant to celebrate advanced justice in a place which is not famed for it, which many local visitors may not. But that doesn’t mean that this place isn’t worthy of a one-hour visit.

The small gift shop does have museum-themed stuff on sale including some nice cup & saucer combinations, magnets, and even a gavel which is also a pen - so you can rule your household with the iron fist of justice, and also make a shopping list at the same time.