Changes in Changjon Street, Pyongyang, over the years

Before & After: Changjon Street, Pyongyang

Many visitors to Pyongyang will enter the city for the first time by being driven down a wide boulevard that passes under the Arch of Triumph, heads uphill to the giant statues of the Mansudae Grand Monument and Chollima Statue, and then straightens and flattens out as it passes the central urban area, bisects Kim Il Sung Square, and reaches the Pyongyang Grand Theatre before forking left to run along the Taedong River.

This road has several names, as it passes various junctions and landmarks the name changes, but from the corner beside the Tongil Metro Station (opposite the Grand Monument) down to the junction with Mansudae Street, a distance of just a few hundred metres, this is one of the more famous streets in the DPRK capital: Changjon Street. 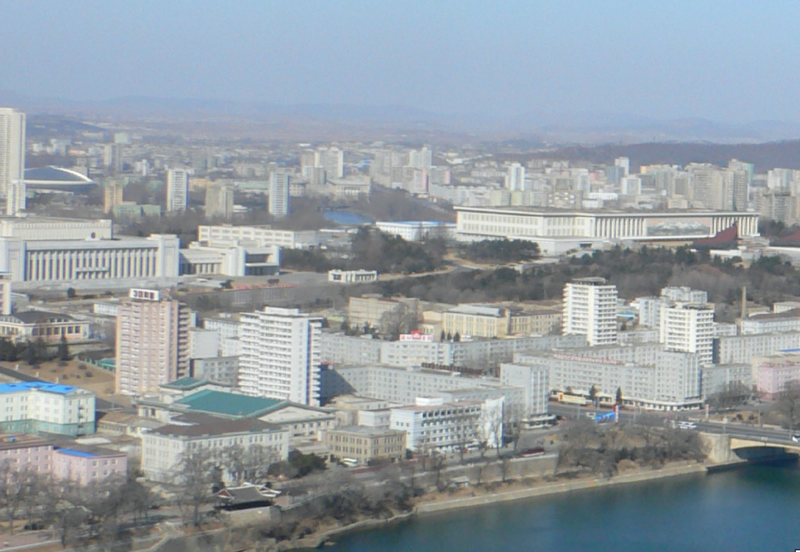 Prior to 2014 this was a 1950s-built area, with the rapidly-built six or seven-floor apartment blocks with shops on the street front that had popped up in central Pyongyang in the immediate post-war construction drive in the mid-1950s along with some taller structures also housing local residents.

There was nothing in particular for tourists to visit immediately on this strip of buildings. However, just a short walk away one could find the Taedongmun Cinema, the Okryugwan Noodle House (the most famous restaurant in North Korea), as well as the Mansudae Fountain Park, Grand Monument, Moranbong Park, and even the Mansudae Assembly Hall, the national parliament. So it was a prime piece of residential real estate without a doubt. Starting in 2012, it was all torn down to start afresh. 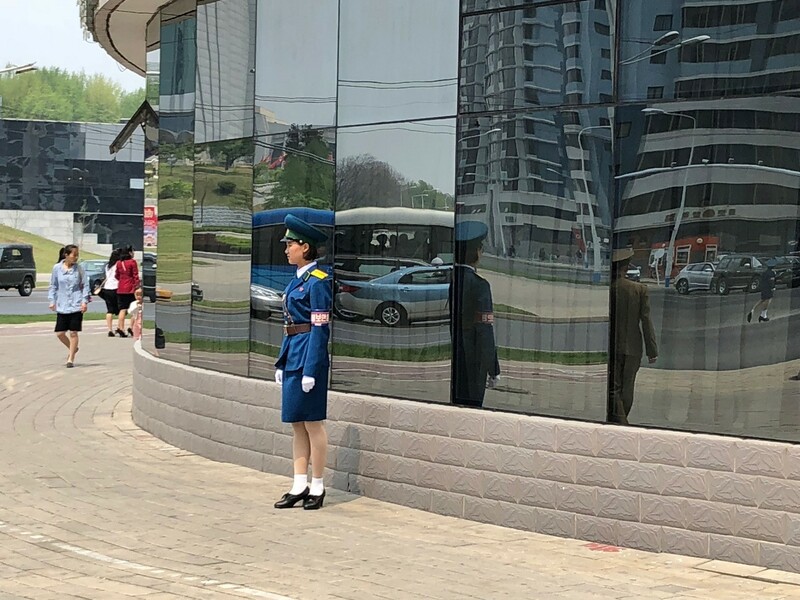 In 2014 the street opened again, this time made up of a collection of soaring skyscraping residential buildings, up to 47 floors high clustered on the junction with Mansudae Street, as well as some black-glass commercial buildings on the west side of the road containing shops, restaurants, and a Paulaner Beer Bar of unconfirmed legitimacy. This was the first of the new prestige streets to be built in Pyongyang and has been followed by several more since, each much larger and ambitious, such as Mirae Scientists Street. But Changjon Street remains the first, original, and most centrally located of the bunch.

Nearly a decade on the buildings do show some age, and the much-vaunted rapid construction does seem to have involved not quite letting everything settle before finishing it off. As the parts of buildings here that tourists can access are often marked by missing tiles on the exteriors, as well as some obvious issues with managing damp in the inside but, given that the majority of people in Pyongyang will probably never step inside, it is the exterior from a distance that is what resonates mostly, and these structures do look pretty space age compared to the more sedate styles of many surrounding areas. 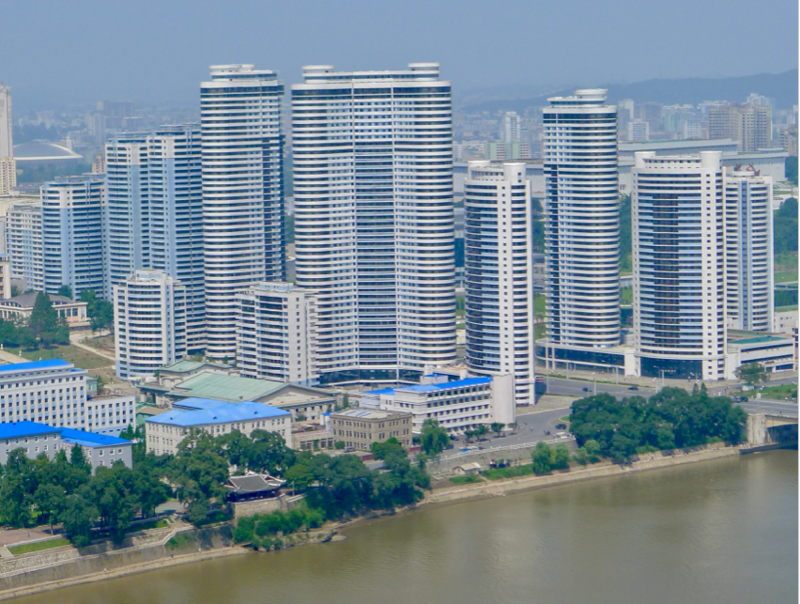 While the world may not be queuing up to emulate the architectural revolution that took place in just twelve months nearly a decade ago it did serve to signal a new approach to residential redevelopment in Pyongyang, with the trend to rapid demolition of entire areas, and then rebuilding in the most ornate and ostentatious way possible in the shortest time imaginable becoming the way things are now done in the DPRK – Changjon Street is the test case and where it all began. 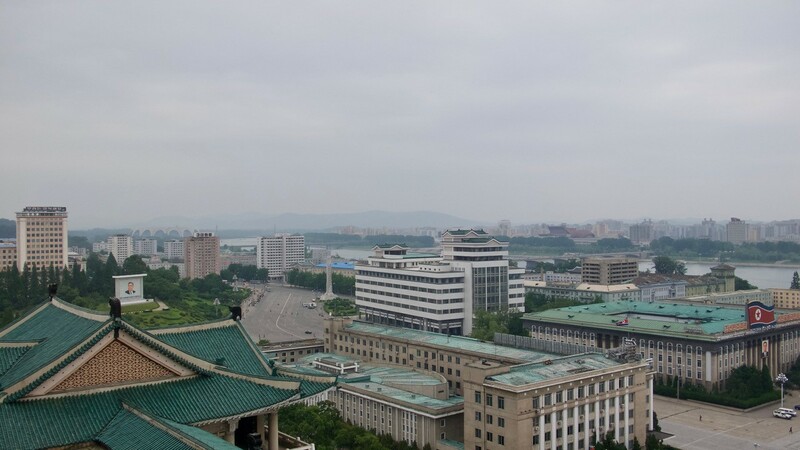 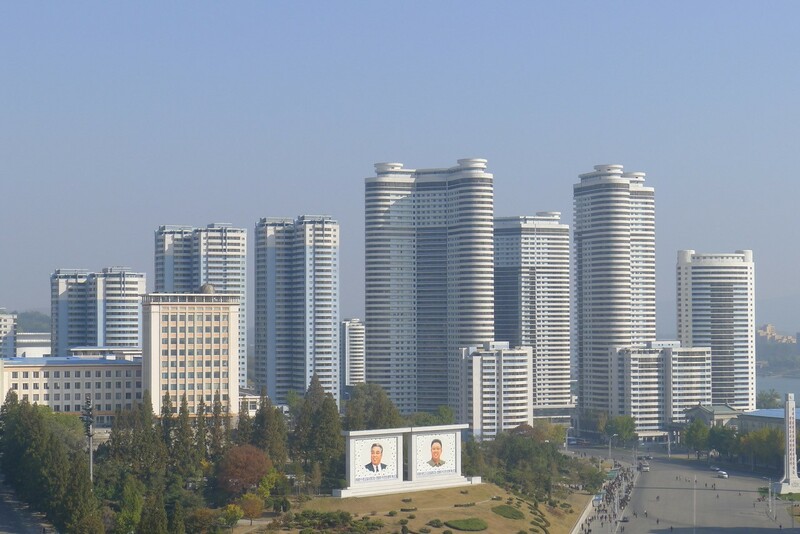 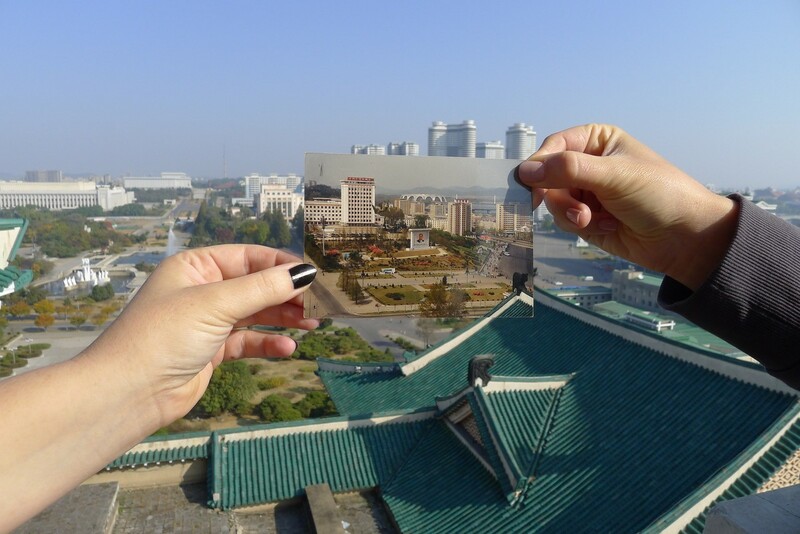 Back in 2015 Oliver Wainwright wrote about the then-new street for The Guardian (he also wrote an excellent book on North Korean architecture) – he mentioned that foreign diplomats refer to this part of the city as ‘Pyonghattan’ a name that seems to have stuck and can be found in many media reports since then. In our experience a lot of North Koreans called the new builds simply ‘Dubai’ which was something somewhat tongue-in-cheek, but whatever name you give it this is not a part of Pyongyang that anyone will be able to miss when they are staying in the city on a trip with Koryo Tours.