Coal! Always believe in your soul!

Around China: Coal Museum of China 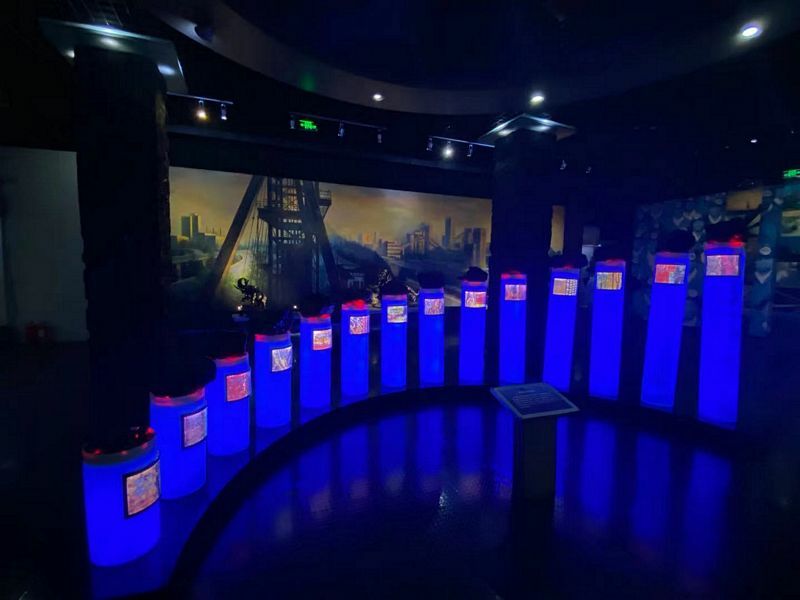 Taiyuan is the capital city of Shanxi Province, a city of more than five million inhabitants and one that is overlooked by most foreigners touring around China. However, it is also home to plenty to see and do, with the usual highlights being the Twin Pagodas at Yongzuo Temple, the gardens of Jinci Temple, and the massive Mengshan Grand Buddha (the second largest in China). The history of Taiyuan is deep and long, and a quick run through the Wikipedia page for the city is well worthwhile to get a sense of just how fascinating and complex Chinese history can be!

Shanxi Province though is known largely these days for coal production. A key fossil fuel and one that can be found all over this region. Naturally I was overjoyed to find that there was a museum about this crucial black stuff right in the centre of Taiyuan, so I made a beeline right for it on a recent visit.

The Coal Museum of China was built in 1992 (although a guide working there told me it dated from 1989). The building is pleasingly retro and gloriously shabby and run down. This is no criticism though, it has a nice 80s aesthetic that epitomizes the kind of architecture that is usually either a thing of the past or on its way to being torn down in today’s 21st century China.
Entry is pricey though at 60 RMB per person, plus a non-optional 50 RMB per group for a guide. So for two of us the fee came to 170 RMB, easily one of the most expensive museums I have been to in China. Still, it turned out to be very much worth it. 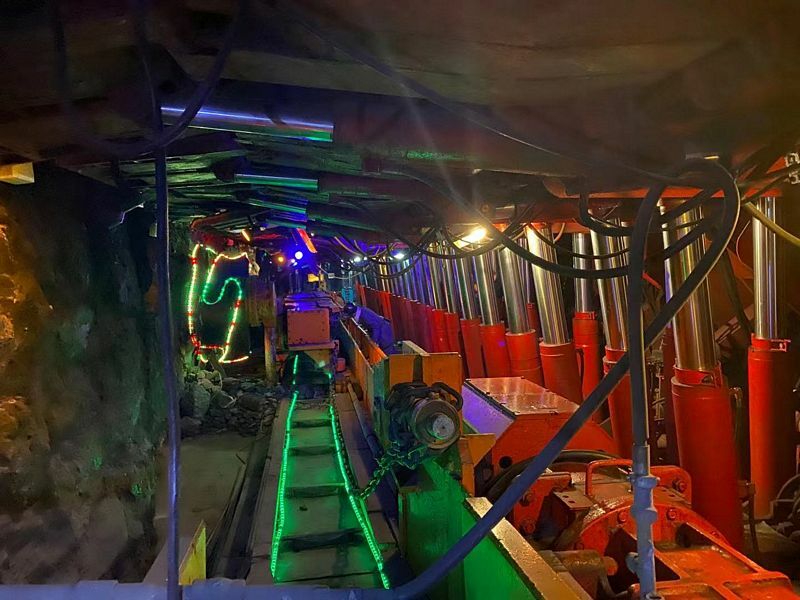 There are a great many guides working at the Coal Museum of China, as everyone has to have one and even if you show up alone someone will be assigned to you for a roughly one hour tour. None of them can speak English, and my Chinese contains not a great many different coal-related pieces of vocabulary. Still, we blundered through, and the gist became clear along the way.

The introduction hall contains various basic pieces of info about coal; what it is (chemically), where you find it (underground), what it is made of (compressed trees from many millions of years ago, I think), and a fun series of columns showing fourteen different types of coal, with the best ones (anthracite) on the tallest parts of the display.

Next, we go to a room which the local kids also visiting seemed to love especially - as it contained models of dinosaurs! There are fossils found while coal mining, some panoramas of Jurassic forests (the trees on display are now coal it turns out!), and a fantastically fun 4D movie theatre which explains in Chinese (with English subtitles) all about how coal is formed, while shaking the audience around, blowing air on our legs, and then blowing bubbles in the air. I wondered why it didn’t just show a brief educational film and if all the bubbles and shaking was necessary, and then realised that the audience were mostly children, for whom ten minutes of ‘how coal is formed’ would have been mind-numbing, so it all makes sense given who this part of the museum is aimed at. 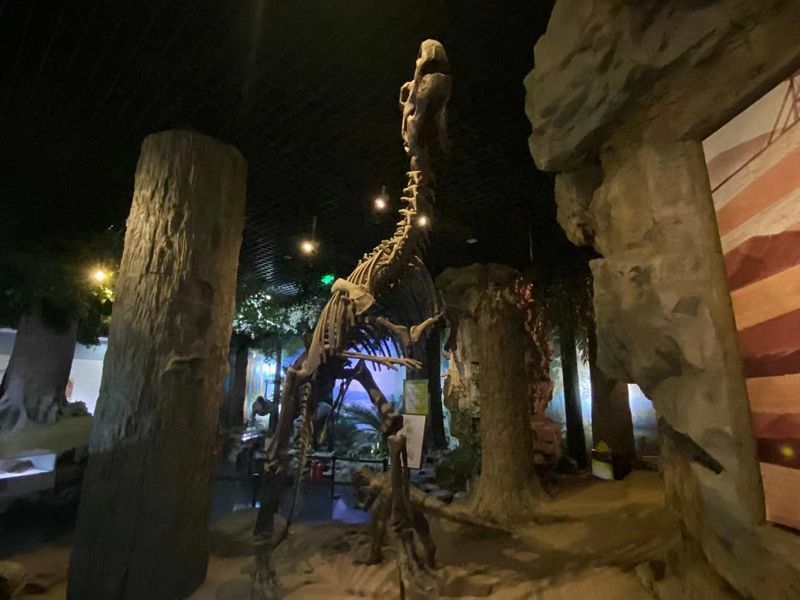 Next up is a gift shop, with lots of stuff made of coal here including models of key Chinese figures such as Guanyin and Chairman Mao, plus a few bracelets and so on. No coal magnets or mugs though sadly, and prices were fairly high (the Mao bust was 1800 RMB). But the highlight of the museum was about to begin – a trip to a simulated coal mine!
Into the lift, and down to the basement. On arrival visitors are handed a helmet for safety (which the guide doesn’t bother with) and the first attraction is a real coal miners’ underground train – I squeezed into the space for a photo, and then the train set off (unexpectedly, to me) to deliver visitors (who were all adults, it seems the kids who made up most of the visitors at the time I was there are not allowed in this part, which I would have been furious to miss if I was seven years old and knew about this bit).

Down here we pass through tunnels made to look like mines of various eras, with models of miners from the Song Dynasty and onwards toiling in the semi-darkness. Lit only by strips of disco lights, which I don’t believe are used in coal mines as a general rule and added a somewhat camp and quirky sense to the whole experience.

There are also some examples of major relatively modern mechanical gear down here too – excavators, tunnelling machines, air pumps, steam-driven devices, and so on, many of them imported from the UK actually, and it functions as a well displayed and somewhat interactive potted history of coal mining in Shanxi Province – educational and fun, and really worth the time and money to get in here. 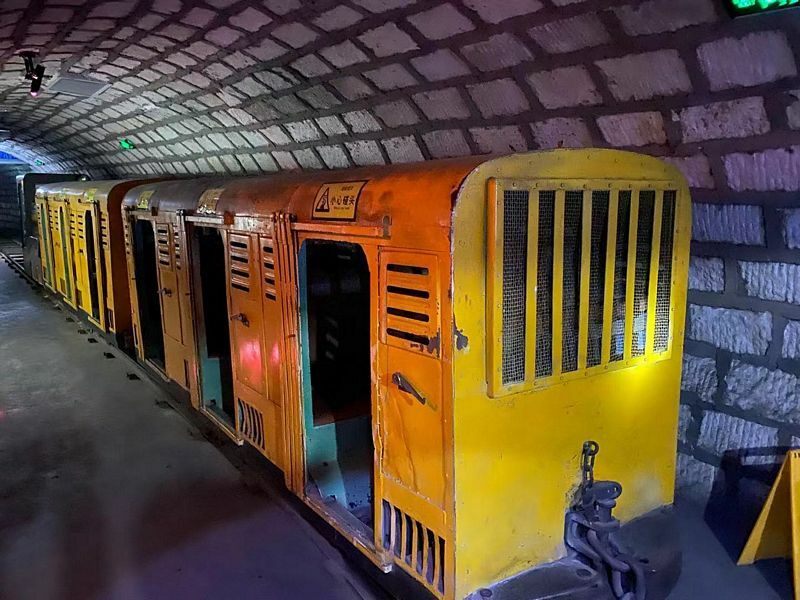 At the end of the visit, there is another room with some reproductions of tomb paintings from the nearby areas of Shanxi. This is interesting too but the only contextual link to the rest of the museum seems to be that these were also sealed up and mostly underground, which is a feeble connection to my mind. Maybe they just had to fill the rooms with something? Some coal mine related art or a display of photos from real mines around the area would have been better and made more sense, I think.

Then it’s all over and the exit appears. An hour and a half was all the time I spent in the Coal Museum of China, but it flew by in a blur of facts that I may have misunderstood, 1980s décor and interactive displays that would have been cutting edge for the time, and the strangest experience touring a deep mine just one storey below the ground. The Coal Museum is something I would recommend to anyone visiting Taiyuan, or anywhere near Taiyuan, as something odd, interesting, and educational all at the same time 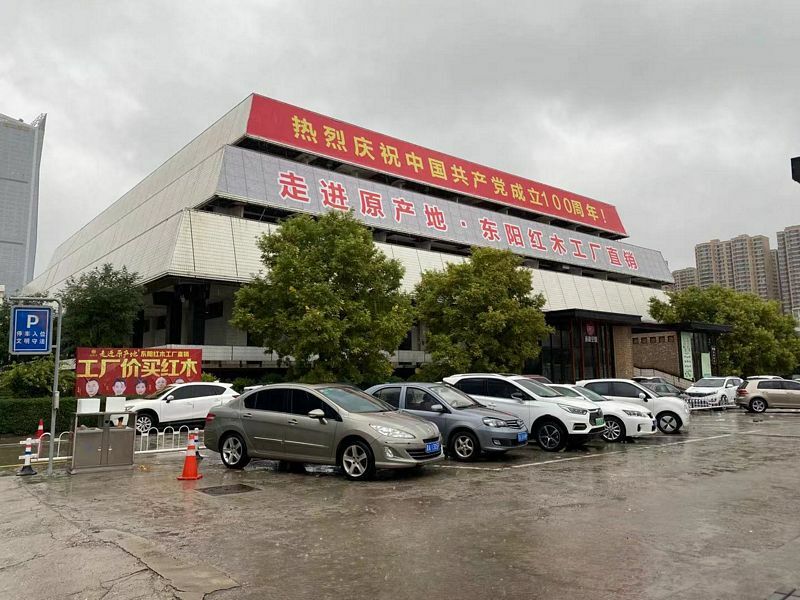