Grand View Garden - setting of Dream of the Red Chamber

Location: 12 Nancaiyuan St, Xicheng District (the real address is just the name of the Garden though). Nearest subway station is either Guanganmen Nei or Taoranting, each around 2km away 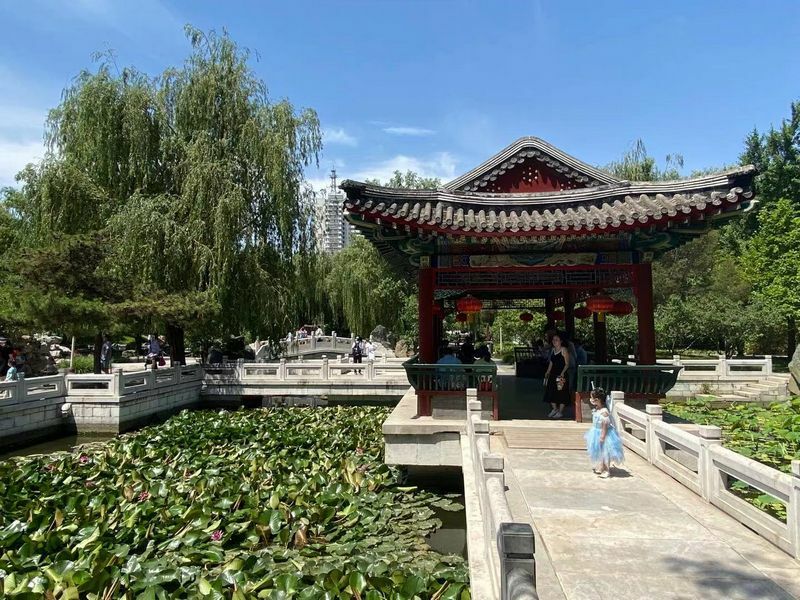 Grand View Garden is possibly the most beautiful of Beijing’s parks, and this would be by design, as it is quite unlike any of the many other parks and gardens in the city due to being built for a specific purpose, and a very interesting one at that.

Daguanyuan, or ‘Grand View Garden’ is the setting for much of the novel Dream of the Red Chamber (which also goes by other names, the translation being subject to change), an 18th Century classic which is probably the single best-known work of literature to come from China (that, or Journey to the West, depends on who you ask!)

The book is in the public domain and so interested readers can find a copy online in a range of languages, I haven’t read it myself, so a visit to a park built specifically after that described in a novel I haven’t read did make me worry that I wouldn’t get much out of the trip, but instead I appreciated it on a pretty purely aesthetic level, and Grand View Garden didn’t disappoint at all. 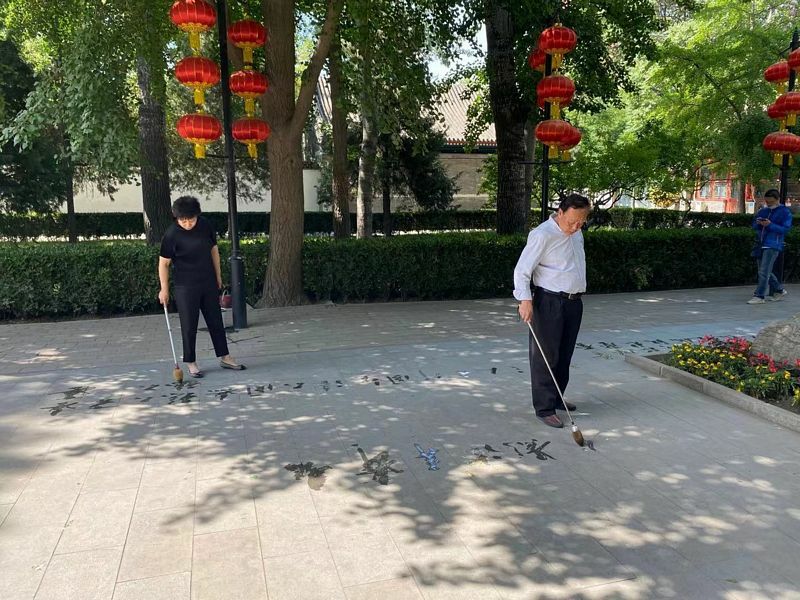 Built in the early 1980s and containing over 40 scenic spots (although how this is defined is unclear) the park is filled with ponds and lakes, pavilions and bridges, houses and strictures all influenced by those described in the novel, it is a truly lovely place and is stuffed full of attractions, all of which are exceptionally photogenic.

Also present; Beijing’s humanity in all its forms (apart from foreigners, of which I saw zero on my visit, on a sunny Sunday morning). Old folks writing Chinese characters in water on a pathway, groups of aunties dressed up and performing impromptu fashion shows, musicians practising, a choir having a sing-song, and all manner of families, young meanderers, and much more. It’s a great place for people-watching and offers plenty of spots for interaction and sitting down to rest as well.

In 1987 a TV series based on Dream of the Red Chamber was broadcast on China’s main TV channel, this was filmed largely in Beijing’s Grand View Garden, making this park something of a film set as well. Now I haven’t read the book, and I also haven’t seen the TV series either, which probably means that many of the famous spots that other visitors were lining up for photos at were appreciated in a shallower way by me than by them, but sadly that’s how it had to be. For anyone who has seen this series there will be extra reasons to visit, and fans of the novel will find a lot extra to enjoy too – people who just want to walk around an exceptionally attractive park will not be disappointed at all. 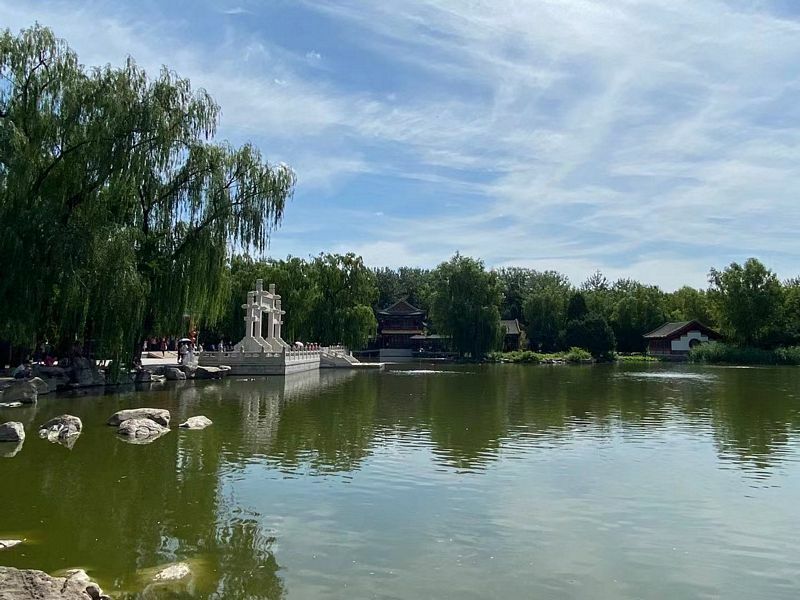 There are daily shows on site too; performances of parts of the series/novel, but they seem to start at 9 AM (earlier than I managed to get there), but there was a Beijing Opera show going on in one of the various mansions around the complex, which added some extra colour too.

There are no restaurants or cafes within the Grand View Garden, but there are a handful of shops selling snacks, ice creams, as well as souvenirs such as painted scrolls, magnets, and children’s toys. The only thing to complain about really is the price; at 40RMB per person this is certainly the most expensive park in Beijing, but if it is understood that this is a park, a museum, a film set, a manifestation of the fine art of landscape gardening, and much more, then it is worth it for a visit, which will need two hours at least to walk around and see all that there is to see at a moderate pace.

Looking for a combination museum trip in this area? In the corner of the second ring road where Grand View Garden is located (the southwest corner) you can also find the Ancient Pottery Culture Museum, the Fire Museum (about firefighting, closed at the time of this review being written, to be featured in Museums of Beijing as soon as it opens again), both only a few minutes’ walk away. The little-known and fascinating Liao and Jin City Wall Museum is a short taxi ride away.