See the world without leaving Beijing!

In the south-west corner of Beijing, just outside the 4th Ring Road sits one of the most unusual and yet fascinating places in this vast city; World Park.

Opened in 1993 this place basically is made up of scale models (the scale is usually completely inaccurate too) of some of the world’s major buildings. From the Eiffel Tower to the Palace of Westminster, from the Parthenon to the Easter Island heads, from Aya Sophia to the Golden Gate Bridge, and far beyond too.

Broadly arranged into geographical sections and with no real sense of keeping the scale constant, this is a quirky and slightly odd place to spend a few hours. 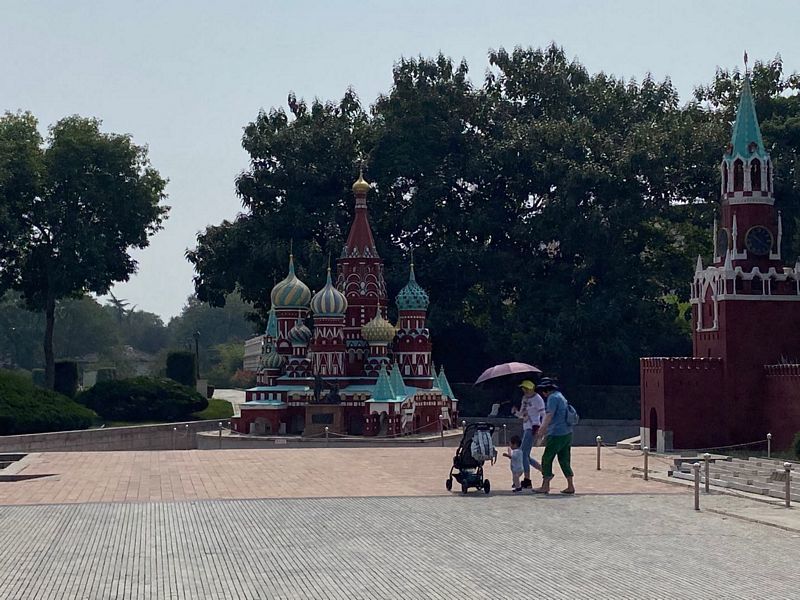 Some buildings here don’t exist any more (the lighthouse of Alexandria, the World Trade Centre, the gates of Babylon), some are from legend (the Trojan Horse) and some are perhaps a little pointless (you can get to the real Great Wall easily enough from Beijing after all) but combined it makes for something well worth trekking around and pointing out those that you recognise and wondering at some of the more esoteric elements of some others (Manhattan Island, supposedly at a scale of 1:25 features famous buildings nowhere near where they are in reality for example).

Almost all of the visitors here are Chinese of course.

World Park is little known even among foreign residents of Beijing, but there are plenty of chances to interact with an interesting cohort of foreigners who work in this place.

There are performances put on in a small theatre featuring Russian and African dancers and singers which are supposed to represent different cultures and sometimes they do, but sometimes (such as a routine where several people dressed as massive top hats dance around a giraffe) are a little vague to be easily geographically themed.

World Park is somewhat crumbly, with many of the buildings having seen much better days.

There is a great opportunity to have opened snack bars and restaurants in each section to show off the cuisines of the world but instead, it is mostly the same old soft drinks, ice creams, and slaughterhouse-sweep-up sausages at every stand (bring your own food for a picnic, nobody will mind). So there is room for upgrading and improving, but it is also nice to be somewhere where the edges are unpolished and the vibe is more relaxed than the fancier theme parks many are used to.

The hottest tip that can be given is to hire some of the small electric cars that people use to get around the park.

At 100 RMB per hour, it seems a bit pricey at first, especially considering they go barely twice walking speed, but they are great fun, can seat two, and make the whole experience even weirder.

World Park costs 100 RMB per person to enter. Chinese citizens can book online a little cheaper (not really in the spirit of the whole place, but that’s life!). Allow 2-3 hours when there for the full experience. Some attractions such as the dinosaur world (not very good, for kids), and some kind of Egyptian pyramid tomb cost extra on the spot.

The nearest subway station is Dabaotai Station, around 5 min walk from the main entrance.

(Disappointingly for us there are no landmarks from North Korea, Turkmenistan, Kazakhstan, Tajikistan, included)

Love World Park? Well, check out the 2004 movie The World from excellent Chinese director Jia Zhangke, set in and around the park and with the cast playing dancers, security guards, etc of World Park. 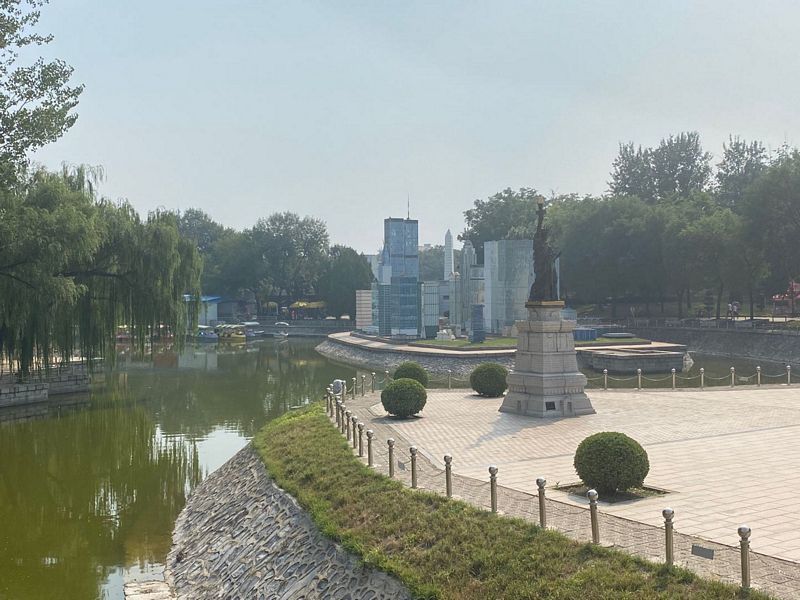 Here are the Koryo Tours team at World Park in 2011. We were confused as to how the costumes available linked up with the background (the Lincoln Memorial) but this is a not a place to demand consistency and sense. Just go with it! 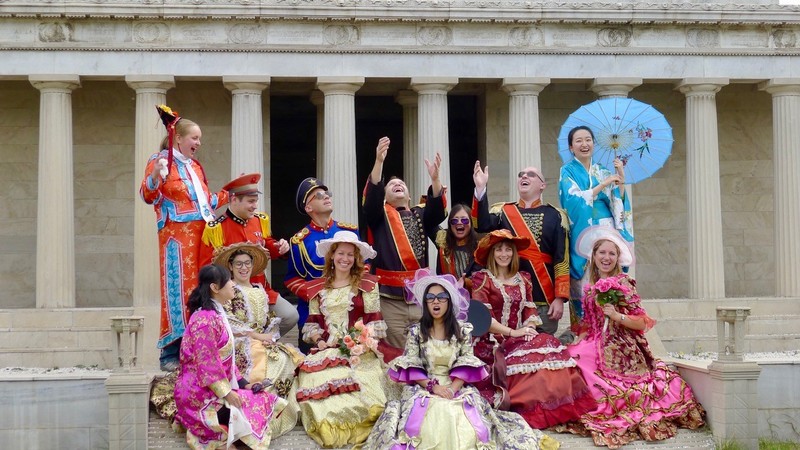