Museums of Tianjin is an occasional spin-off from our larger Museums of Beijing blog series. As Tianjin is Beijing’s neighbouring city and a place just a short journey away we will be adding some entries to this series as ideas and suggestions for anyone making side-trips from Beijing to our fascinating sister-city.

Location: Jiefang Lu, Tianjin (there is no sign in English at all, but the building is the one on the corner of Jiefang Lu and Yinkkou Dao. The nearest subway station is Heping Lu. Tianjin Post Museum is only around 15 minutes’ walk from Tianjin Railway Station 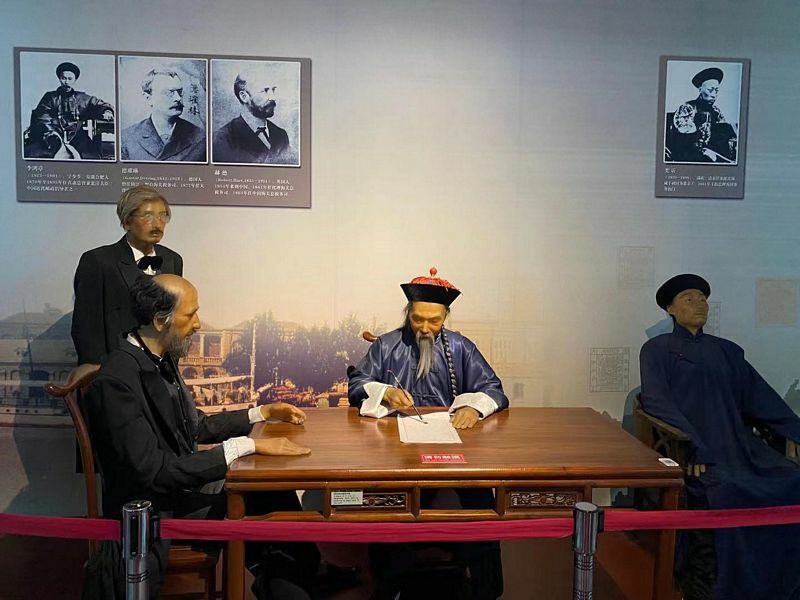 Tianjin Post Museum is housed inside a lovely old building in the centre of Tianjin, the former Tianjin Custom letter House, built in 1878, which was the postal service centre of the city and the place where the very first postage stamps (known as the ‘Dragon Stamps’) were issued. So, this is basically a former post office, an appropriate place for a Post Museum!

Tianjin Post Museum is free to enter, so makes for excellent value indeed. Unfortunately, you do get what you pay for and so the exhibits inside are somewhat confusing and presented without a great deal of context to a large extent. The first floor has a brief introduction to some more ancient forms of post and mail in China, including messages written on bones and tortoise shells, but then leaps straight to the 19th century, leaving us somewhat ignorant of how messages and letters were sent between people in the preceding several thousand years of Chinese history, let alone possibly between various rival dynasties existing at the same time (perhaps they simply were not?). 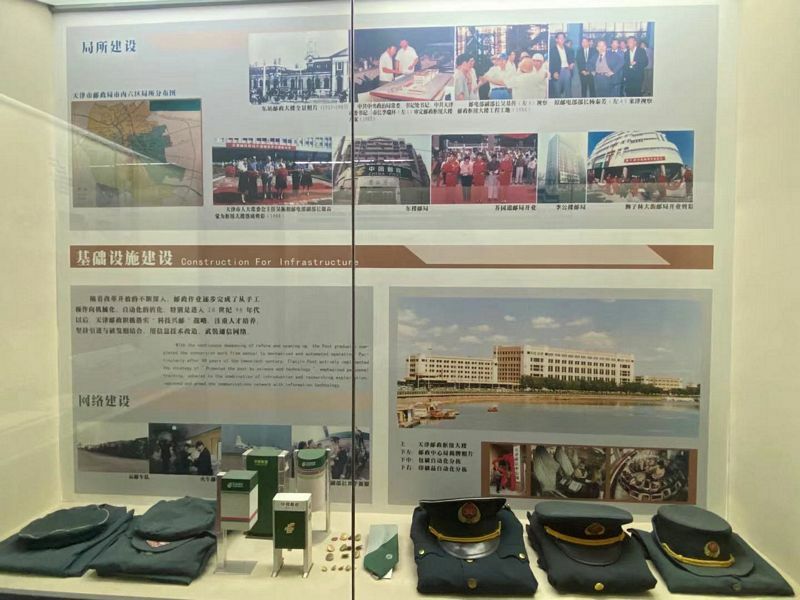 Some exhibits don’t seem to be relevant at all other than being vaguely message-based; such as a small model of a beacon tower on the Great Wall, but there are some interesting letters and postcards from the early years of the postal service that are nice to look at and remind you of the theme of the actual museum you are visiting.

The more recent history of the Tianjin Postal service is better explained though – as a foreign imposition (Anglo-German in origin), then taken over by the post-Qing Dynasty Republic of China and then the PRC that we know today. There are some exhibits of stamps as well, but they are somewhat sparse for a postal museum, and less then you might find in a decent stamp shop. The famed ‘Dragon Stamps’ themselves are finally on display, in their one, three, and five ‘Candarin’ denominations (Candarin being an old measure word, these days in China this would simply be called fen; equal to one one-hundredth of a yuan).

Upstairs the rooms are arranged roughly chronologically from the start of the Tianjin Postal Service to the present day, but still suffer from a lack of coherence, but there are some displays of various postal-workers uniforms, the development of a modern service, and some machines from the pre-digital era of post office technology; none of which are described in terms of how they are used in any way. A small display about the Tangshan Earthquake is interesting but more info on how this relates to the postal service would be better, but the highlight (for me) was some relics from the early days of this very building; an old radiator, a lovely art-deco lamp, and so on. 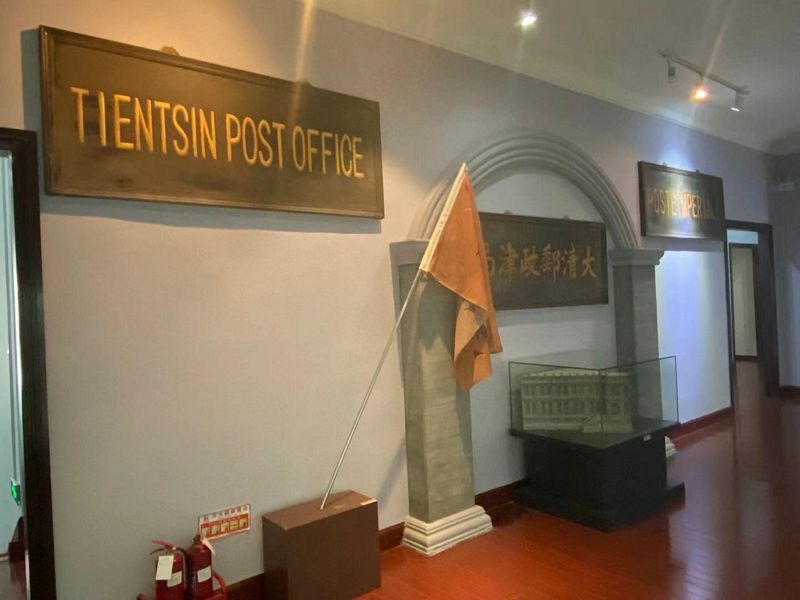 There isn’t really a gift shop but there is a place where you can wear replica uniforms of postal workers for a photo, and you can buy some postcards from the museum itself (4rmb for two), put on a souvenir rubber stamp of the old Dragon Stamps, but then if you want to post them you need to go to a post office rather than sending from the museum – a lack of focus on detail that is characteristic of the Tianjin Post Museum itself.

Despite the issues, this is an interesting enough place to visit; good for an hour or so and when the entry is free, and the architecture is interesting, then much can be forgiven. Anyone with a deep interest in the postage service and its history may be frustrated though, but as an intro this is well worth the time if you find yourself in central Tianjin. 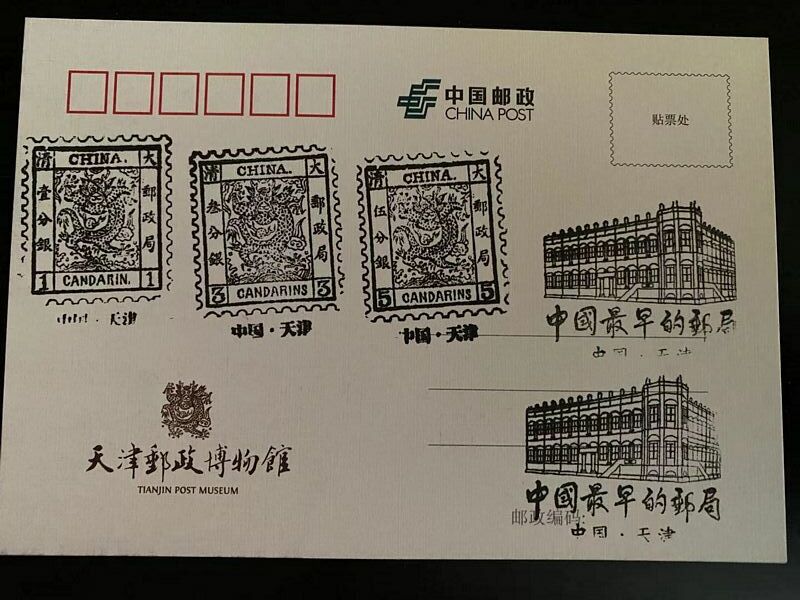