Museums of Beijing: China Museum of Women and Children

Location: 23 Jianguomennei Dajie, Beijing (this address is slightly misleading, the museum is actually behind the Jianguo Garden Hotel rather than on Jianguomennei Street itself) Nearest Subway Station is Dongdan (around 5 - 10 minutes away on foot) The China National Museum of Women and Children is a very large facility located in a very central part of Beijing. Despite this it is not particularly well-known and doesn’t appear on many people’s ‘must-see’ lists. The building itself has a rather idiosyncratic shape, with a sweeping curved roof said (on the museum website) to symbolise “female gentleness and calm” being the defining characteristic.

Spread over six floors of exhibits this is quite a time-consuming place. I spent over two hours here and was moving around at quite a pace indeed, if someone had specific interests then much more time than this could easily be used. A couple of floors are temporary exhibits (children’s paintings and calligraphy at the time of my visit in January 2021) and the top floor is a largely interest-free propaganda display crediting the current Chinese leadership with all manner of initiatives in the fields of gender equality which seemed to attract exactly zero of the other museum visitors on the day of my trip to make it that far up the building – so a focused approach could cut the time needed back a little too. It isn’t that the themes here on display are not interesting; after all the story of women and children is the story of humanity itself, but the display is almost all made up of photos with a small minority of actual solid material to look at, so some parts are more like a gallery, or a blown-up book, than a proper museum. We start with a few rooms focused on ‘Children of Ancient China’ but the term ‘ancient’ seems to condense literally thousands of years into just a few exhibits with some stone toys and a model of the philosopher Mencius being tutored by his mother being a highlight. Then we leap forward to the more recent times and see how children’s education advanced in the Republic period and overseas education for the elite became possible, then onto the Communist era with children being used for political agitation, as well as being embraced (literally) by the five paramount leaders of China up to the present day (pub quiz bonus: name them all! Once again poor old Hua Guofeng is notable as being completely missing from mention as the once-paramount leader of China).

By this point I realised I had passed from the ‘Hall of Children of Ancient China’ as well as the ‘Hall of Children in Modern China’ into the ‘Hall of Contemporary Children’ – the divide not being entirely clear and making history fly by. The latter halls are the more interesting ones when visiting with a Chinese friend who had passed through the major institutions of Chinese childhood such as the Young Pioneer organisations, and who knew the Red Songs being played too. Up a couple of escalators and we reach the part about Women; once more divided into those three sections. The ‘Hall of Women in Ancient China’ is not bad; with some displays of notable women of the past taking on more traditionally masculine roles of leadership, scholarship, and so on as well as the more to-be-expected fields of teaching and homemaking. There are a very large amount of displays about specific individuals (not all of which are translated very deeply though) through the ages up to the near-present day. With information on female leaders, notable figures, wives of politicians (who were often serious intellects and leaders in their own right – see the frequent displays about Soong Qingling and Deng Yingchao for example) and there is interest in these exhibits for sure, but it is all a bit light for anyone with a desire to really learn and be inspired and I felt more like I was being presented with a long list of personages and asked to really see which ones I knew about already.

One notable exception (apart from a total lack of movie stars and pop stars, of which China has a lot) was Jiang Qing; wife of Mao Zedong and one of the great villains of the Chinese 20th Century. She is not mentioned once, even in the small exhibit about women celebrating the downfall of the Gang of Four (of which Jiang Qing was the leader). The tragic fact of the most significant woman of the era being also one of the most destructive and disliked people in the country seems to disqualify her from inclusion – a fact that very much goes against the general theme of this museum which is that women can do and have done what men have done throughout history – this should include the bad as well as the admirable of course. A notable and telling omission that undermines the message and the museum’s legitimacy somewhat, to me anyway. 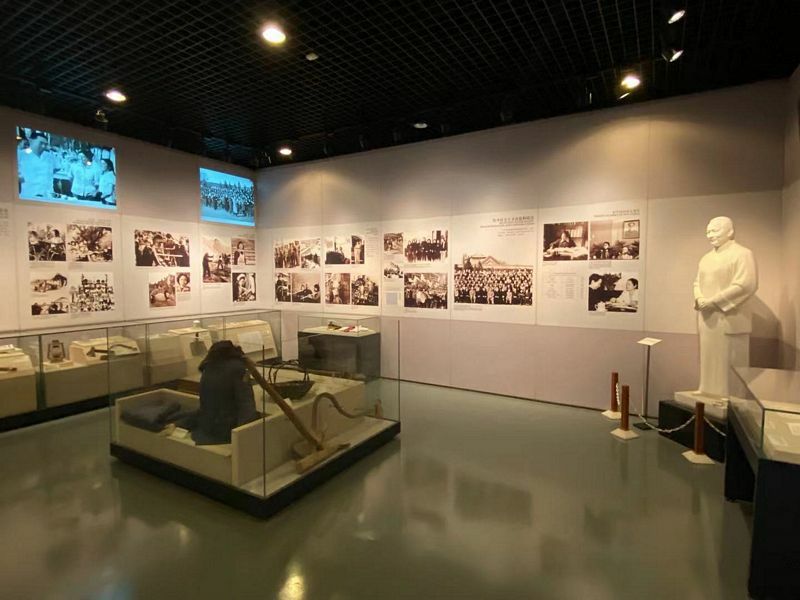 In the end I would love to say I came away more enlightened about the achievements of women in China but sadly most of the people I hadn’t heard of I learned very little about, l and those who I had heard of I often knew more about already. Also, it is not a great shock to the average progressive person that women have been far more significant in history than the usual list of leaders and war from bygone eras that makes up much of the various history curricula would suggest. So I think there is room for improvement here for sure and also some space for looking to the future and perhaps even agitating for more female representation in key fields rather than focusing on chosen examples and passing them off as triumphs when their very notability suggests that there is still a long way to go in the mission of those that the museum represents.

Still, this is a worthy couple of hours for anyone who has seen and done a lot of Beijing highlights already, or for anyone looking to entertain their kids (as seemed to be the motivation for many of my fellow visitors on that day). What would be a great addition though would be a café of some sort, to re-energise on the route around this large facility. That and something to actually buy in the completely empty shop in the lobby which is opposite the almost pop-art mural of Soong Qingling surrounded by adoring children which makes a very colourful scene on entry and exit. 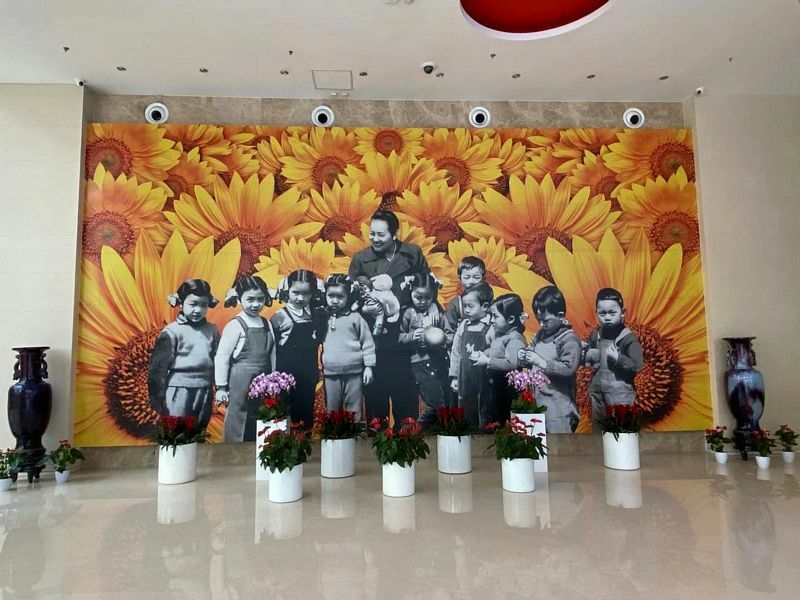