Learn all about Mentougou District Situated way out west in Mentougou District, this museum has a bit of a backstory that I enquired about with several of the members of staff who were keen to assist me as the only visitor on the day I showed up (having phoned ahead, something necessary they say – call on 69827332). Originally known as Mentougou District Museum (the name still carved into some stones outside a flagpole in front of the museum), and now known as the Yongding River Culture Museum (the name actually stuck onto the building) this is, in reality, two different museums in one – a double whammy!

After entering the visitor is directed to the third floor (the entrance is on the second) where the show begins. Immediately though it becomes clear that this museum has nothing to do with Yongding River Culture at all and is instead an exhibit of the 1937- 45 campaign against the Japanese invasion and occupation waged by communist forces in the Mentougou District area.

It’s not that this isn’t interesting, but it seems not quite what I signed up for. The story is one familiar to anyone who has been to such a place before: derring-do, overcoming the odds, the victory of rugged patriotic figures over a hated invader. None of the captions at all, not even the intro and conclusion, are translated, and the exhibits on this floor are mostly in the form of photos, with a few relics thrown in. I must say though, the collection of photos of the area from that period are exceptional, and when I asked if they had them in a book or brochure as I left the museum later, I was given a book as a gift, a book that includes absolutely no photos whatsoever. A couple of times I thought someone was coming to give me some explanations and context but it turned out to just be some members of staff following me around and being curious, given that around ten people seemed to work at the museum and that there had been one visitor the day prior, and one on the day I was there, then perhaps they are a little overstaffed, and I would have appreciated some more info in this part, but it wasn’t to be.

Up to the fourth floor though, the next museum appears. The actual Yongding River Culture Museum itself. Here I asked a lady if this was in fact two museums, seeking to expand this blog by cheekily adding a second entry for the day – I was to be let down though as she insisted that the two floors were in fact one museum, even though the one below was entirely anti-Japanese and not about culture at all. She claimed that the Mentougou District Museum had changed name some decades earlier, and that the correct name for the whole thing is in fact Yongding River Culture Museum, so there we have it. 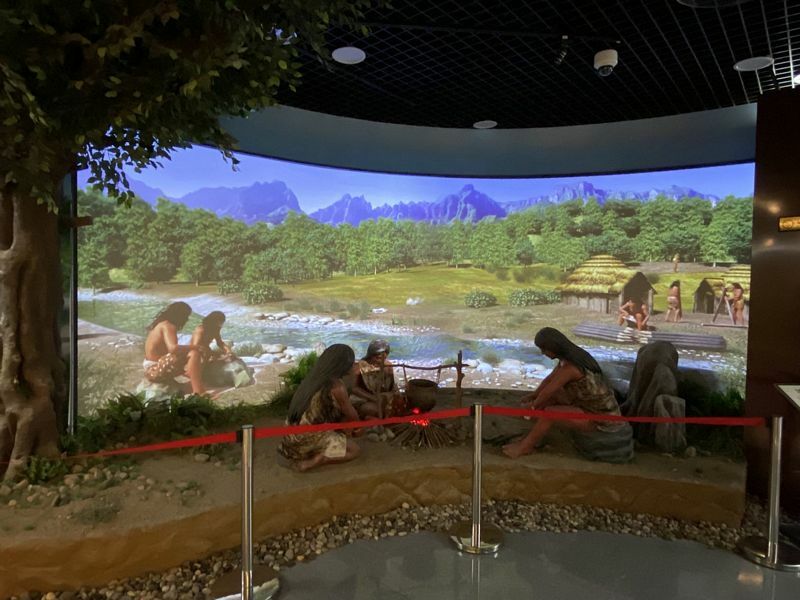 This part of the museum was actually much better presented, with some technology thrown in as the long history of human habitation and activity in the Yongding River area (here, in Mentougou District) is explained.

Palaeolithic life, the early dynasties of China, the development of textiles and pottery-making, an interesting animated-screen-assisted bit about coal mining, all of this is quite good. The intro, conclusion, and section headings are also translated, with the former two printed onto a clear plastic sheet, making it almost impossible to read or to photograph. 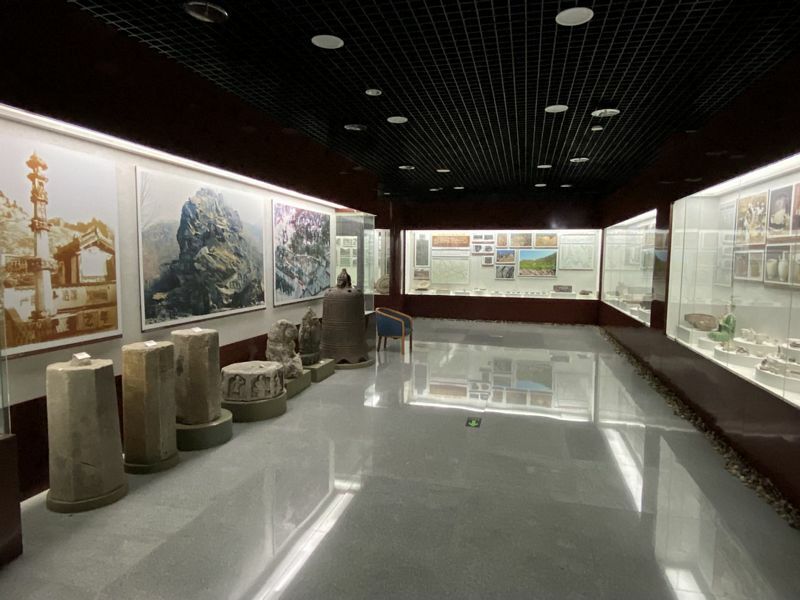 Also present here is a small reading area with some resources about the district, which looked useful for scholars perhaps, and did give a nice view back towards the city centre. Anyway, I spent a total of about an hour in the museum, and that would be enough for most people, I think. If you have a deep interest in the specific anti-Japanese activities in Mentougou, then there was a lot more to learn, and the staff were approachable and helpful when I was the proactive one.

It is hard to truly recommend the Yongding River Culture Museum, as it is a bit specific, quite remote from the city centre, and nothing particularly special, but if you happen to find yourself in the area, then it is worth an hour of your time for sure.

The Yongding River Culture Museum is around 20 minutes by car from the Ancient Road Museum, and makes a good combination with that site, especially for any museum enthusiasts who find themselves over on the west side of town and want to get the best value in terms of museums visited vs time spent!