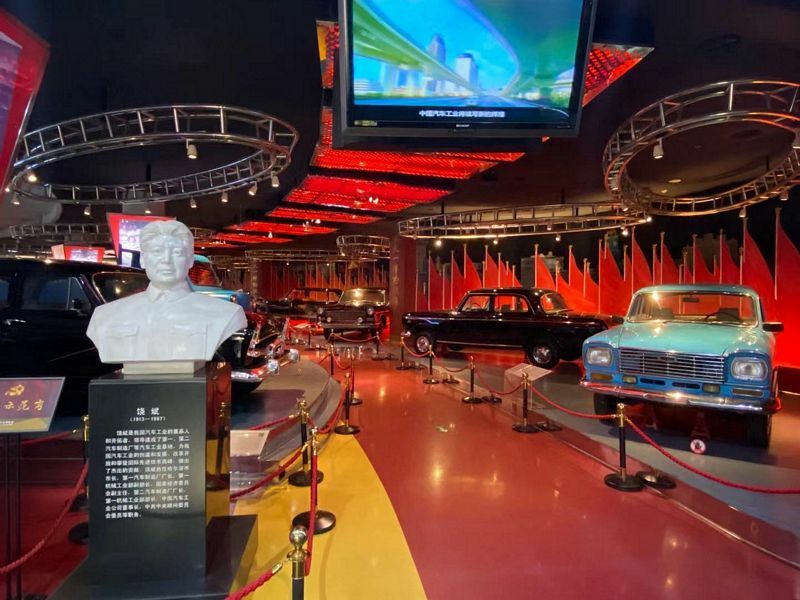 Built in around 2011 and clearly a prestige project (given that the road the museum is on is actually called ‘Car Museum Road’ this 5 floor vast museum is strangely very little-known in Beijing in general, something undeserved as it is genuinely educational and a lot of fun too!

The highlights of this museum are undoubtedly the cars on display (although this very detailed blog does claim that some of them are less genuine than they are claimed to be!), and there are sections for iconic Chinese cars such as the Red Flag automobiles used by senior figures in the PRC, displays of some lovely early – mid 20th century foreign vehicles from famous brands such as Rolls Royce, Oldsmobile, early Fords, and so on. and an artistic display of old cars on a vertical parking structure that sours up through the atrium of this Guggenheim-inspired internal architecture. All very photogenic, and with sign boards (many of which are also in English, many of which are not) explaining all about the cars along the way. One thing this museum is blessed with is shops; several of them. From toy shops to model car shops – with prices ranging from 50 RMB for a model Beijing taxi, up to several thousand for an official Red Flag replica. In the large and attractive restaurant very affordable mugs (28 RMB) with images of some of the cars are also on sale. The Beijing Auto Museum is very well-equipped for visitors to stay a while and recharge their batteries along the course. 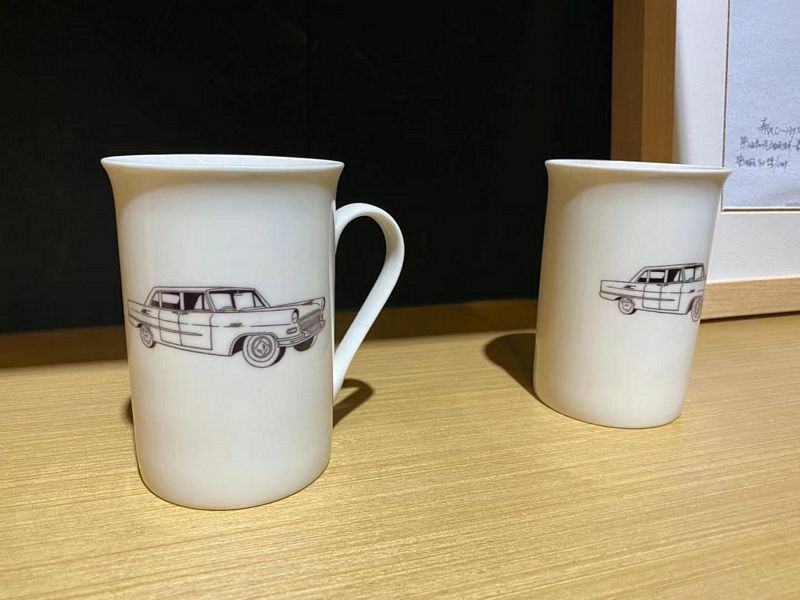 Many of the visitors at the time I was there (and there were a lot, one fo the busiest museums in Beijing I have been to) were families with kids, and even though many of the interactive displays were closed for virus prevention there are still a great many things to touch, jump on, fiddle with, and generally be in awe of. Any children who love cars will be in heaven in this place, adults too of course.

Along with the permanent exhibitions there is space (given the size of the museum, lots of space) for temporary exhibits too. At this time the main one is sculptures of famous figures in car development and driving. So from Enzo Ferrari and Henry Ford, to Michael Schumacher, and Ayrton Senna. Outside the building there is also a children’s racetrack where small go-karts can be driven at frustratingly low speeds, as well as an attractive steam train which used to be the ticket booth before it all (like almost the entirety of financial interactions in China today) moved to WeChat. 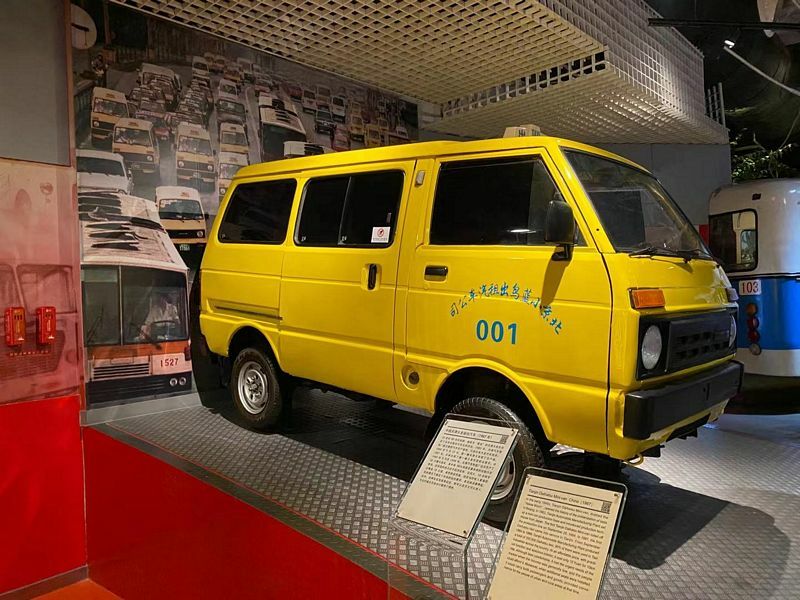 With a vast range of small displays on everything from car safety, tire design, and engine differences, as well as the development of the wheel, and a fun part with various screens showing car adverts from around the world, there really is something here for everyone. Even for Koryo Tours’ fans who won’t go anywhere without a bit of a North Korea flavour there is a photo of Kim Il Sung in a Red Flag limo outside Beijing station (plus other world leaders taking rides in them too) so the political nerds will have enough to see here too. 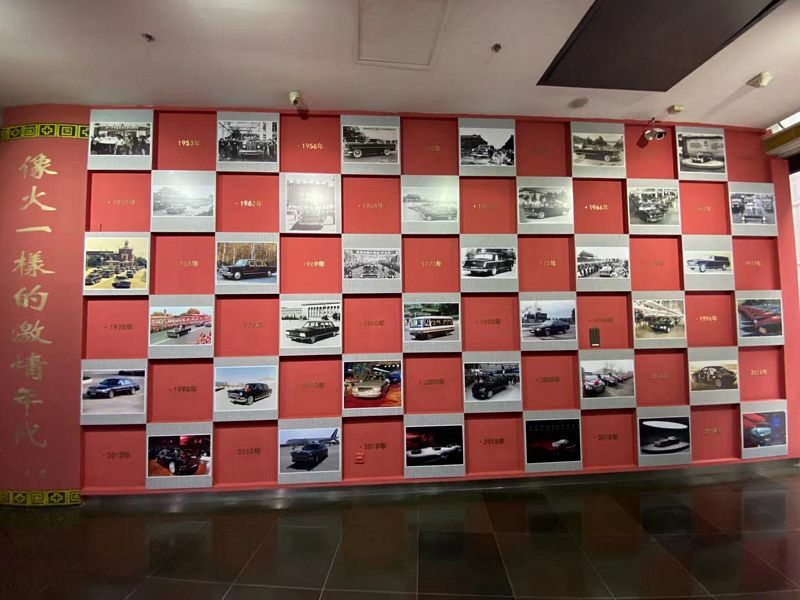 One tip for anyone on a serious budget though, you only seem to need a ticket for the 3rd floor and up. It is free to come in and see the classic Chinese cars, the shops and restaurants, and the introductory stuff. So if you want to do a quick visit here (allow 45 mins maybe) then you may be able to see the lower floors without any payment, but a full visit (1-2 hours) will need a ticket.

Beijing Auto Museum might not be top of everyone’s list for classically Chinese museums when visiting the city, but it is fun, has good souvenirs, and makes a change from all the temples and ancient stuff too. So we recommend considering this as a side-visit as it deserves to be better-known than it is already.

Love those Chinese cars? we strongly recommend checking out the Vintage Car Museum too, a bit further away (in Huairou, a suburb of Beijing), but well worth it for any fans of these classic rides. 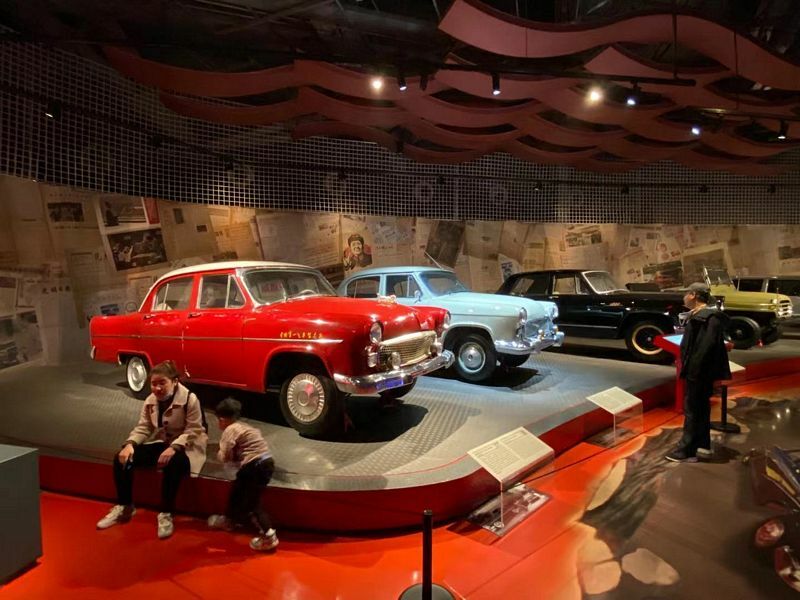