History and design of Chinese parks and gardens through the ages

The Museum of Chinese Gardens and Landscape Architecture 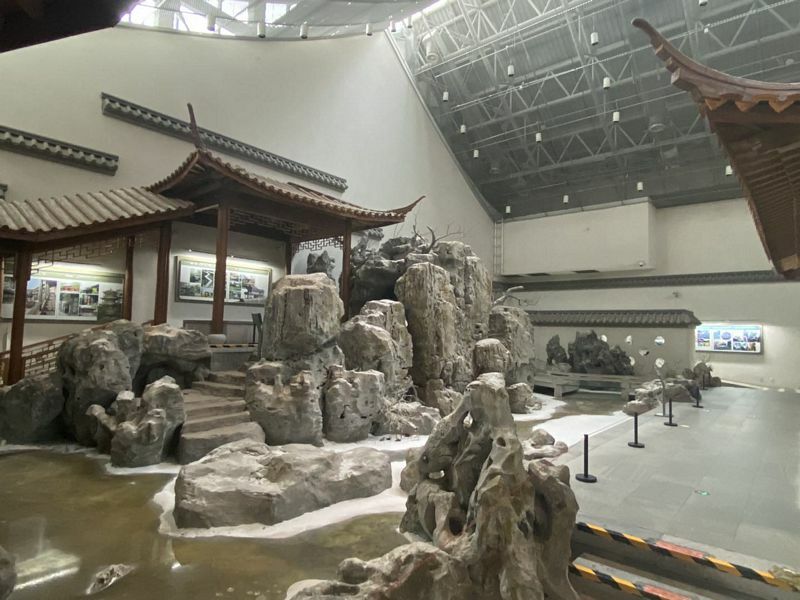 Chinese Gardens are rightly famed and renowned for their millennia of development, their complex and subtle design elements, and the focus on achieving a very high degree of artistic perfection in their totality. Initially, I expected this museum to tend to the horticultural, but in fact it was more architectural in the main part, as a ‘garden’ in this case can encompass more than just a small plot of land related to one residence, and in fact many of those featured here are more like parks or the grounds of the equivalent of stately homes.

On entry to the museum the scale is somewhat daunting. With a well-lit and impressive atrium bounded on two sides by a pair of wings, one containing temporary exhibits, and one the permanent shows. At the time of my visit (October 2021) three of the four temporary halls were not in use, and the fourth was showing something about the 100th anniversary of the Chinese Communist Party – having seen such an exhibit what seemed like a thousand times in the last year I skipped this and went over to the two large floors of permanent exhibits instead. 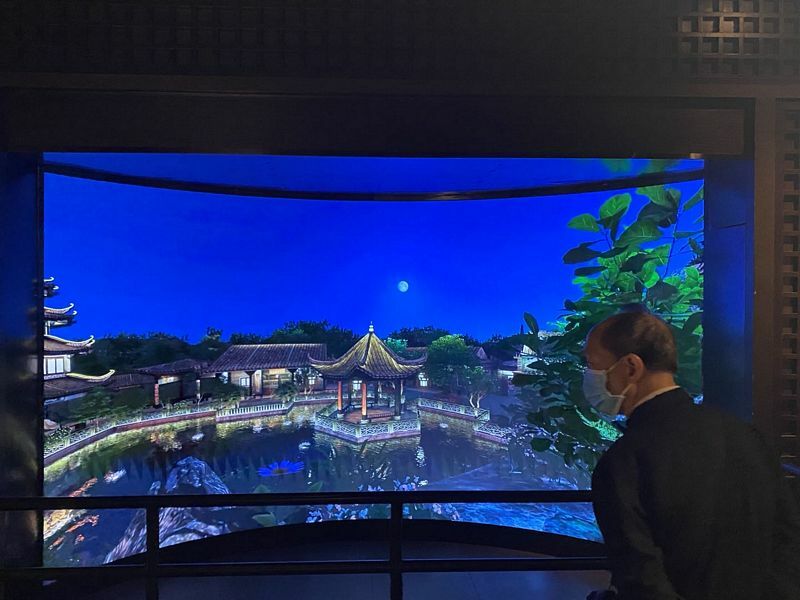 The first exhibit is an excellent introduction to the art form itself; entitled ‘Chinese Classic Garden Exhibition Hall’ his multiroom exhibit takes the visitor through the background and the development of the form and philosophy of Chinese gardens through the ages and the dynasties. It can be a bit overwhelming, due to the length and depth of Chinese history of course, but it does give a decent primer to anyone (such as me) who doesn’t know much about the nitty-gritty of Chinese gardens, beyond a basic aesthetic appreciation of them. As with all of the exhibitions here the introduction, conclusion, and only certain other parts of the texts on display are translated, but in this case, there is enough to show any non-readers of Chinese the key points to know about Chinese gardens. Many of the other exhibits lack more than the very basic contexts though.

Other halls in The Museum of Chinese Gardens and Landscape Architecture include the very interesting ‘Chinese Modern Landscape Architecture Exhibition Hall’ which displays a lot of the foreign influence on Chinese garden and park design from the 18th – 20th centuries, with some fun models and dioramas included. The ‘Exhibition of World Famous Gardens’ is not too bad, and is mainly models and photos of some of the globally famous examples – Versailles, the Alhambra, Central Park, and so on. 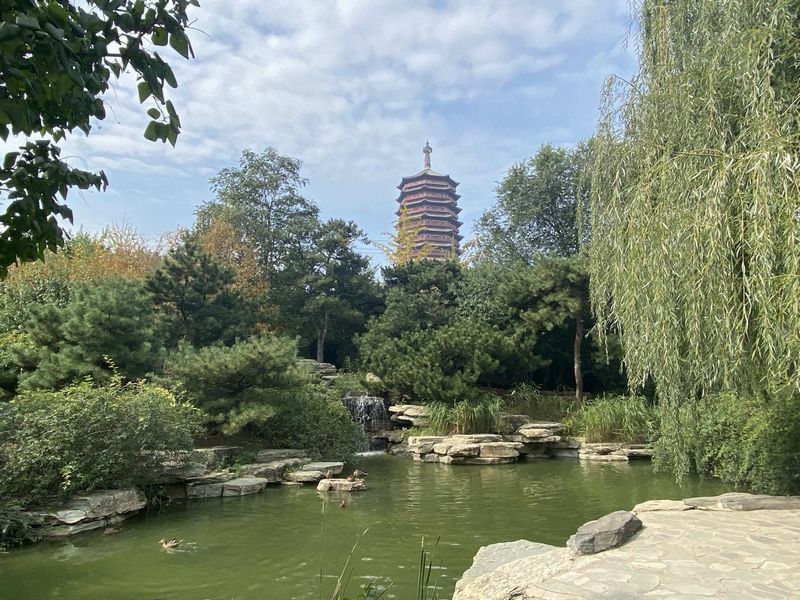 Educationally I found the ‘Exhibition Hall of Chinese Gardening Artistry’ most useful for future pretending to know more about this subject than I really do. This smaller exhibit explained the use of rock formations to built anticipation for final viewings of a garden, taught about lines of sight, balance of what is on display and so on. It was mainly just one large room but provided enough information to enable any visitor to sound like a bit of a Chinese gardens show off to any more ignorant friends of theirs, for a few minutes at least.

Sadly the ‘Interactive Garden Experience Lounge’ was closed, but a photo of it seemed to suggest that visitors would experience some kind of big screen journey through famed Chinese gardens, which could have been fun.

However, the highlight here for me were actually the example gardens built within and on top of the museum itself. Most notably the small Suzhou-style garden in the ground floor courtyard, the delicate and well-named ‘Garden of Successive Benediction’ which is apparently Guangdong Style, and the rooftop ‘Garden of Solitary Rockery’ which had some amazing koi carp and was a nice serene place for a rest, until some exceptionally noisy people turned up and caused me to fall into a bit of a grump and storm off to the gift shop (which was not actually very good – no magnets!) 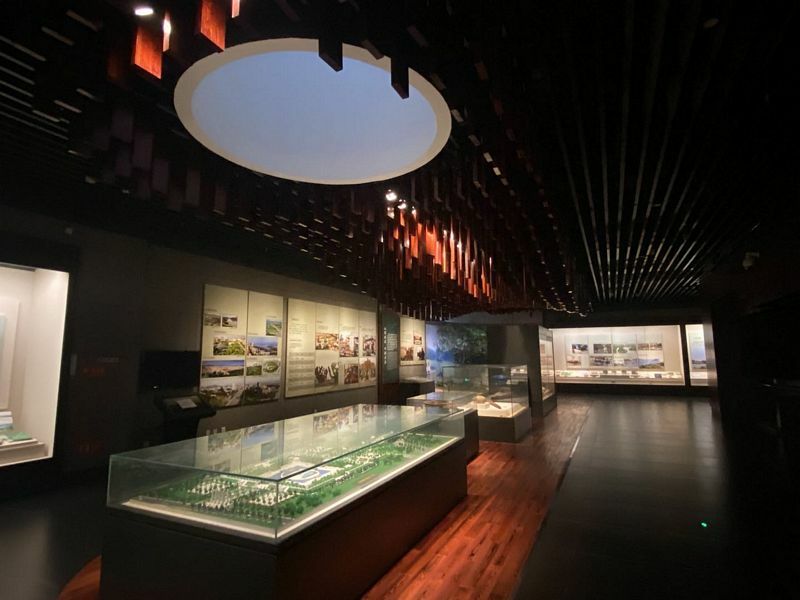 Around the outside of The Museum of Chinese Gardens and Landscape Architecture there are more exterior gardens, which are very manageable and attractive. There is a path to climb up the hill that rises above the museum, over a few dozen metres of elevation, and a nice view of the towering Yongding Pavilion, part of the Beijing Garden Expo Park next door.

A visit to The Museum of Chinese Gardens and Landscape Architecture is very worthwhile for anyone with any interest in parks and garden design in China, no matter how shallow or deep, and it is genuinely educational. An hour to an hour and a half is enough to wander around all the exhibits, but more time would be needed to actually learn in depth and to study all the information available. There is a restaurant on site but many of the visitors I shared time and space with had bought their own packed lunches and sat outside enjoying them, so that’s a good recommendation as well, as this place is a little remote and a bit of a trek from any other sources of refreshment.

Anyone looking for a deep dive into the plants and flowers of China will find themselves in the wrong place here, with more focus on design, form, and buildings – but there is a lot to learn, a great many little facts and stories explained, and a good time to be had by anyone who makes their way out to the Museum of Chinese Gardens and Landscape Architecture in my opinion.

The museum has an English language website too, which is actually pretty decent. Check it out here 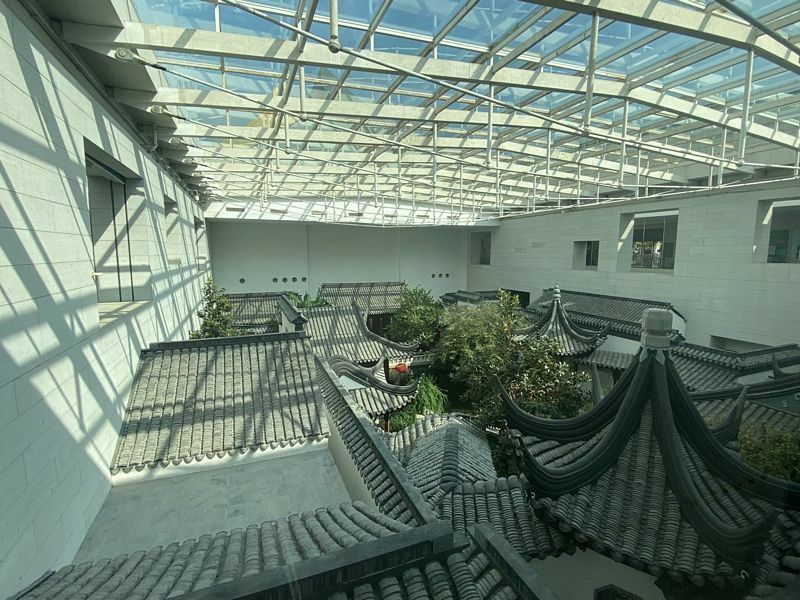