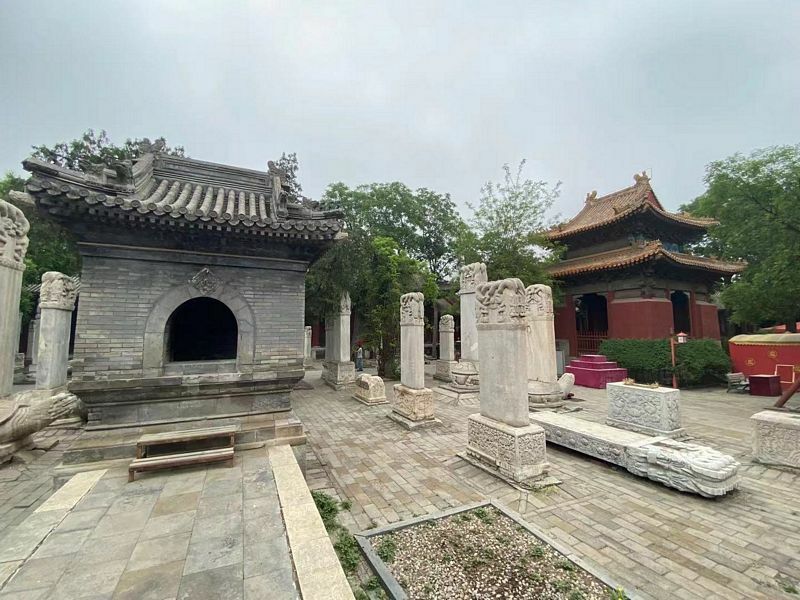 Dongyue Temple is the largest temple devoted to Taoism in Beijing, a city with a great many other temples devoted to the more common creeds of Buddhism and Confucianism (as well as numerous churches, mosques, etc of course). For anyone who has been around a few Chinese temples there is often a sense that the styles are very similar, and in this case Dongyue Temple has some familiar elements, but a keen eye will reveal differences and a fresh experience for anyone temple’d out a little bit.

A very large complex which somehow is very little visited (apart from during Temple Fairs which take place on major holidays such as the Lunar New Year) Dongyue Temple is very conveniently located in an urban part of the city just outside the second ring road and is very easy indeed to get to from anywhere in the city. Taoism is a philosophy established in the 4th Century BC but the Dongyue Temple (dedicated to the Great Deity of the Eastern Mountain (Taishan, in Shandong province, the holy mountain of Taoism) was established in 1319 and opened in 1322. At that time this was not an urban area as it is now and the complex was much larger, even today it is quite a spacious location surrounded by apartment blocks and office buildings as well as malls and commercial centres, much larger than it looks from the outside. 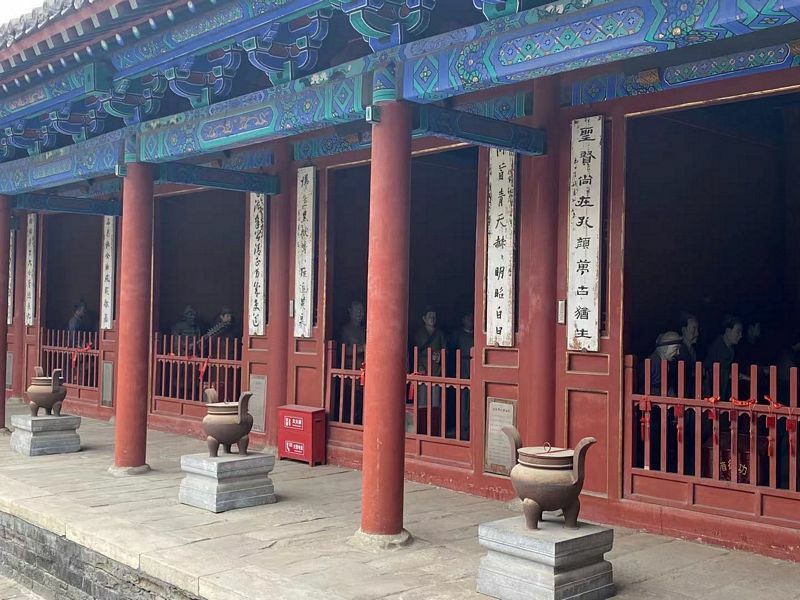 The Temple has been expanded and altered over the centuries, even as other religions held sway at the heights of the Chinese system, however nothing could stop its ravaging during the cultural revolution and many buildings were burned, almost every statue was destroyed or stolen, and as a result most of the many hundreds of models inside are dated from the later 20th century.

Signboards in Chinese and English (which are mostly very well done) claim more than 300 rooms in the complex but most of them are small chambers, all lined up around the first great courtyard, these are a highlight and make up the 76 departments of Taoism as well as 18 layers of hell. These are dark small rooms filled with rows of model people and animal-people, with each one representing a different office, as if a vast governmental bureaucracy was at work, the titles of these are both amusing and poetic, a few favourites would be the Department for Implementing Fifteen Kinds of Violent Death, the Department for Suppressing Schemes, and the Department for Wandering Ghosts. It is quite a spooky feeling to walk around this part and catch sight of some of the spooky statues looming out of the gloom at you when you turn around, quite fun too. 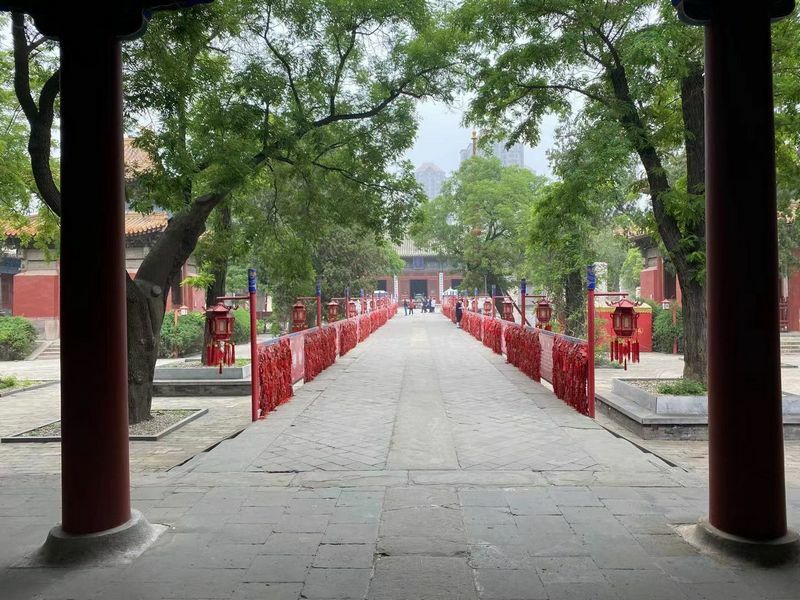 The main courtyard leads into a couple of smaller ones, all with lovely roofs on the main temple buildings, and it is an active and working temple too so people come to burn incense and pray, as well as to perform Taoist rituals. There are some ancient trees attractively modelled as well as some small shops selling incense and Taoist figures. Photography is permitted but not in one main chamber, which is a pity as it has some lovely large wooden statues of the deities.

Dongyue Temple is home to the Beijing Folk Customs Museum, which is really why I was here (as temples without museums are not included in the Museums of Beijing project) but this part is a bit underwhelming. Beijing has a vast amount of folk customs of course, being an ancient and vast city. But here the museum is somewhat spread out and made up mostly of temporary exhibits. At the time of my visit (May 2021) there were some rooms showing porcelain of the Mind Dynasty, which was not too bad, and some rooms at the rear of the complex with displays about Traditional Chinese Medicine (TCM), these were simply not as interesting as the various departments, and the good collection of the stone stelae (not as good as the ones at the Beijing Stone Carving Museum, but not bad at all). The West Court part of the temple complex is an under-used area with another room about TCM and a load of closed buildings, apparently somewhat recently renovated and thus looking a bit less authentic than the main temple. A signboard explains that this area was residential and was taken back to be part of the temple again only in the 1990s, it looks under-utilised and a bit dull today, maybe more of the museum could be moved here to expand on the folk customs of Beijing. 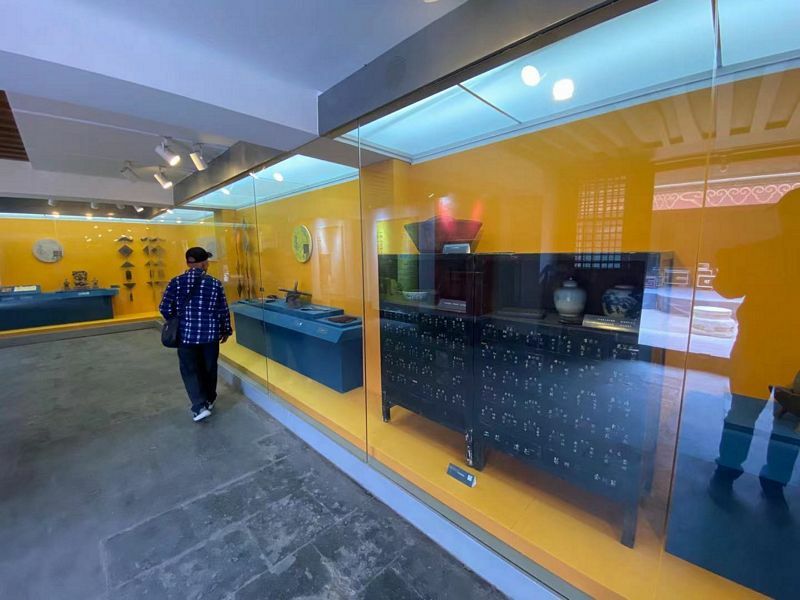 So as a museum the place doesn’t quite do it for me, but as a very fine example of an attractive and interesting temple, in the centre of Beijing and far from being crowded at all this is very much a hidden gem which is not really hidden at all. A very attractive and serene place with enough to occupy even the passer-by for an hour, or more if there is a deep interest, Dongyue Temple is a strong recommendation for visitors to Beijing and anyone who has seen too many Buddhist Temples and needs a bit more Taoism in their life! 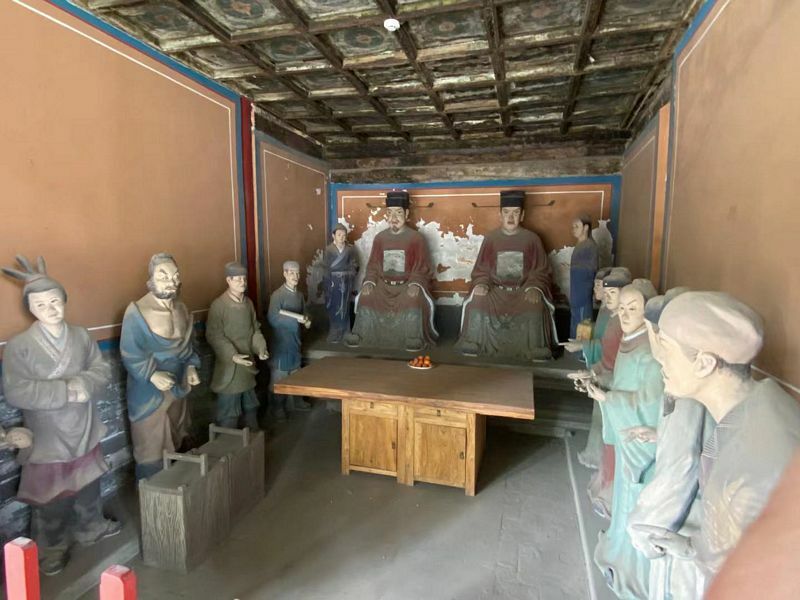