What souvenirs can you get from somewhere with zero population, shops, restaurants, facilties?

Kadykchan is an abandoned city in Magadan Province, in the far northeast of Russia, a stunning and haunting place deeply in the middle of nowhere and utterly uninhabited for the past two decades.

Check out our detailed Travel Guide to Kadykchan here for much more info.

In several visits to Kadykchan, I’ve collected a selection of various treasures abandoned by their previous owners, things I take good care of and value greatly. I thought I would post a few pics of them here as an example of what kind of thing can be found in such a place.

There is always some debate about whether one should take such souvenirs from abandoned areas; this deserves consideration for sure. From places where things were left behind due to being abandoned without choice I would say no (when people have left due to war, natural disasters, etc), and of course from historical sites where the items have in situ value. Also anything that requires causing undue damage should be left behind as well as anything integral to the site in question. For example, in Kadykchan the ruined bust of Lenin should, of course, be left where it is – something felt by all visitors to the amazing abandoned city of Kadykchan.

However Kadykchan residents and administrators had time to pack anything they wanted, and they left the things they didn’t want. The city is slowly going back to nature and eventually, everything will disappear – the place is so remote that no museum will be built here, no visitors centre, no tourism infrastructure at all.

Found in the city archive. Somewhat yellowed and stained but in amazing condition considering it was folded up and on the ground of an abandoned building for a couple of decades.
This map shows the city largely as it was at the end of its inhabited life, the only part missing is the never-completed area to the south-east of the main centre.

Found in the city archive. 1977 being the year of my birth I thought this was an appropriate book to treat as a souvenir.

This book covers the ‘Russian Soviet Federal Socialist Republic, so basically what we now call ‘Russia’.

Inside is a list of all cities, towns, etc of Russia at that time, along with various bits of info about them. The only information here about Kadykchan is that it was founded in 1964 Found in an allotment area at the west edge of Kadykchan. This took me three visits to retrieve; one to find it – being used as part of a door on a greenhouse. It was welded on solidly. Second visit I managed to get some of the old weldings off, third visit the rest of it and then carry it off wrapped in cardboard, it sits now on the outside of my house.

The writing reads ‘Kadykchan Northeastern Coal – vehicle fleet’– the name of the coal mining company that operated the mine here in the good old days of Kadykchan. The area on the mine side of the Kadykchan River, just to the north of the main city, has many trucks and so on with this logo on the door panels. 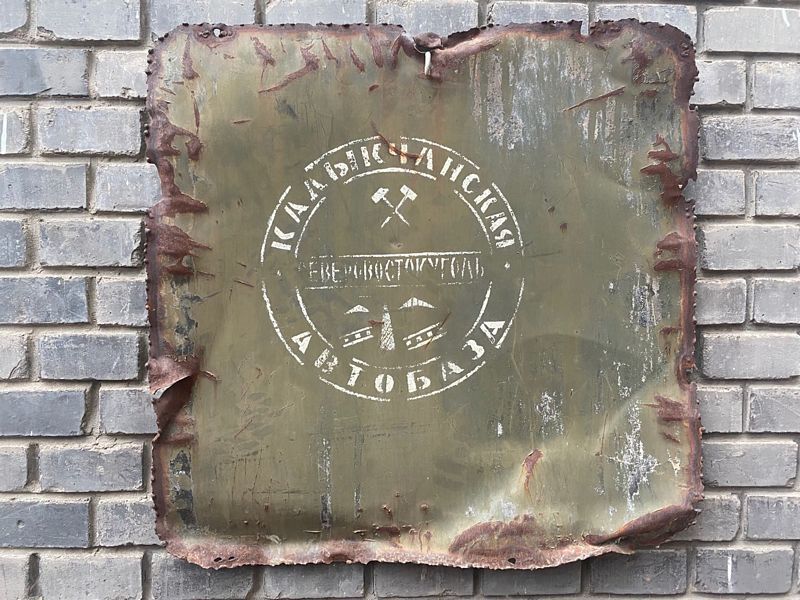 Found on various buildings on the relevant streets. Most of the signs for the larger apartment buildings are long gone, but there are still a handful of them around the dacha area of the city.

These now are attached to some doors inside my house. They read Sovietskaya 21G and Lesnaya Street 120 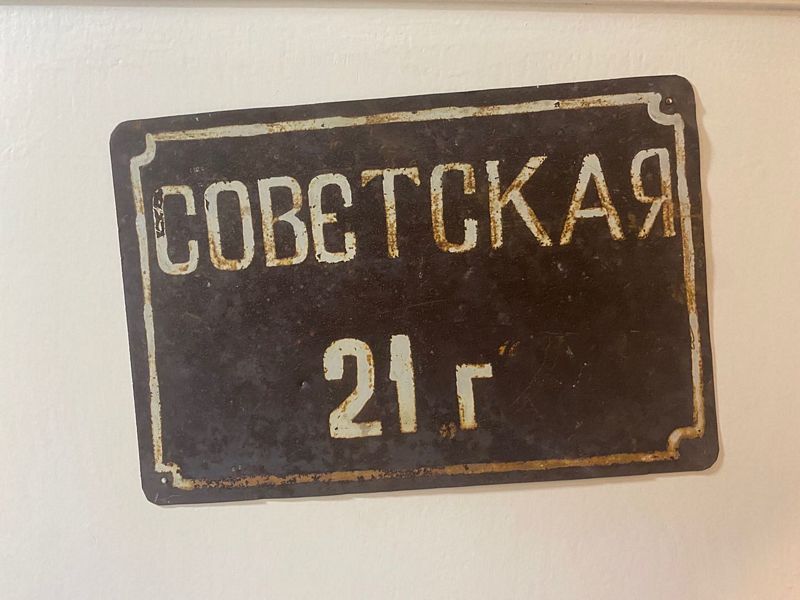 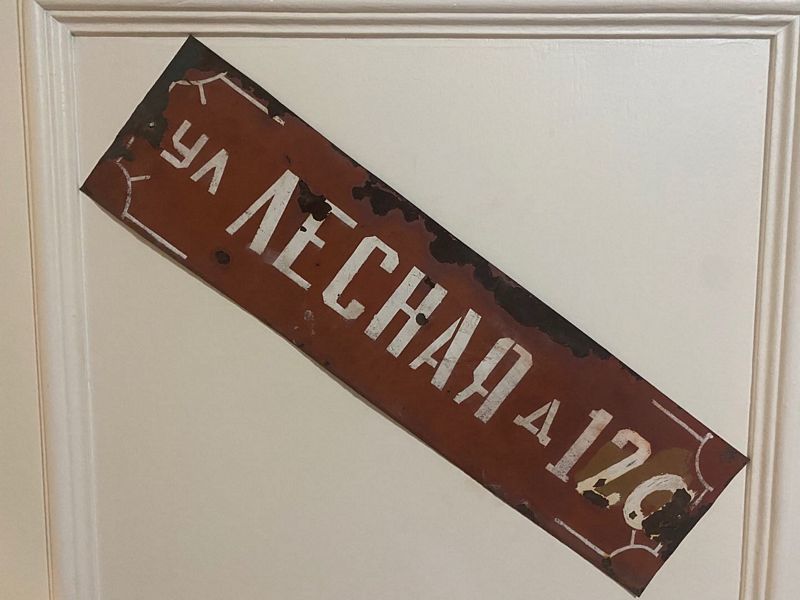 Iconic character from Russian children’s literature (as well as an archetype in many Russian jokes) Found in a kitchen of an apartment in central Kadykchan. Cheburashka is a common sight across the former USSR and is not meant to be any specific animal.

This Cheburashka was for hanging tea towels on and when the former owners abandoned Kadykchan obviously didn’t need it enough to remove two screws to take to their new home. 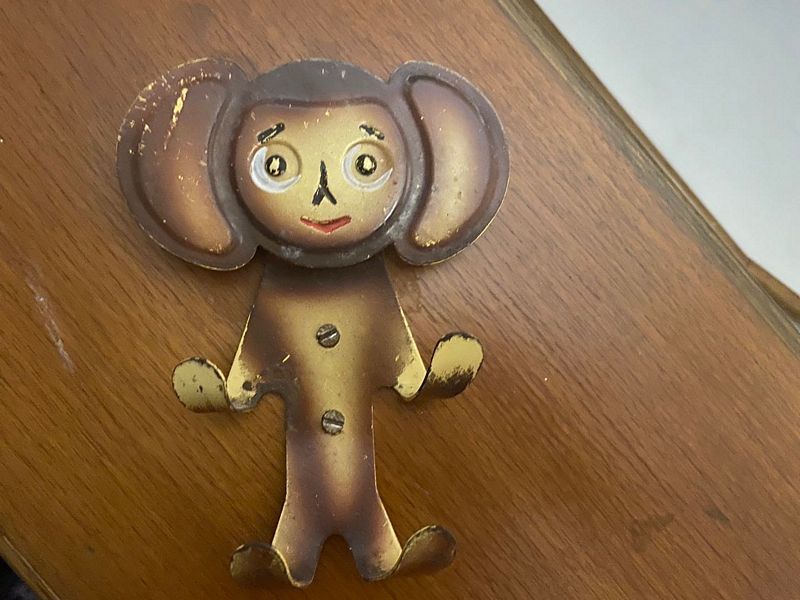 Found on the wall of a restaurant. This was a pain to remove from the wall, partly hanging off already but still fairly firmly attached, no extra damage was done in removing this piece, but it is heavy and took some effort to then pack up securely and carry across Magadan Province into Yakutia, and then three flights back home! It sits bolted to the wall of my house now. 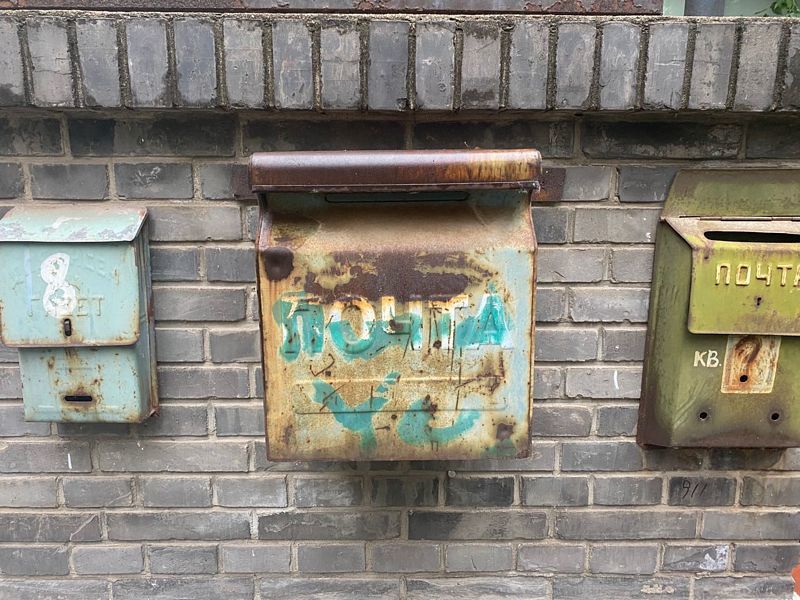 If you want to visit Kadykchan, as well as other areas around Magadan, then see some more info on the tours we offer to remote and amazing parts of Russia on our website here – we look forward to introducing this remarkable place to you!