Cavemen inside a shopping mall in central Beijing

Location: In the basement of Oriental Plaza Shopping Mall. 1 Dong Chang’an Avenue. Dongcheng District. Nearest Subway Station is Wangfujing (which has an exit that leads into this mall) Oriental Plaza Shopping Mall is a major Beijing landmark, located on Chang’an Avenue, the road that bisects Beijing and runs through Tiananmen Square, just a couple of km to the west of the mall itself. There are few places more central than this in the Chinese capital city, and so to find a paleolithic museum here, especially one which displays items found in this very site, is quite unusual.

Back in the mid-90s Beijing’s very first McDonalds could be found here, but city planners decided that the golden arches should be replaced by the most modern mall in Beijing, so it was razed, along with multiple other buildings, and as the foundation pit for the new mall was excavated certain unusually shaped rocks started to be found; arrowheads, anvils, and other evidence of paleolithic human life right here in the heart of the city – naturally work had to stop to find out more. 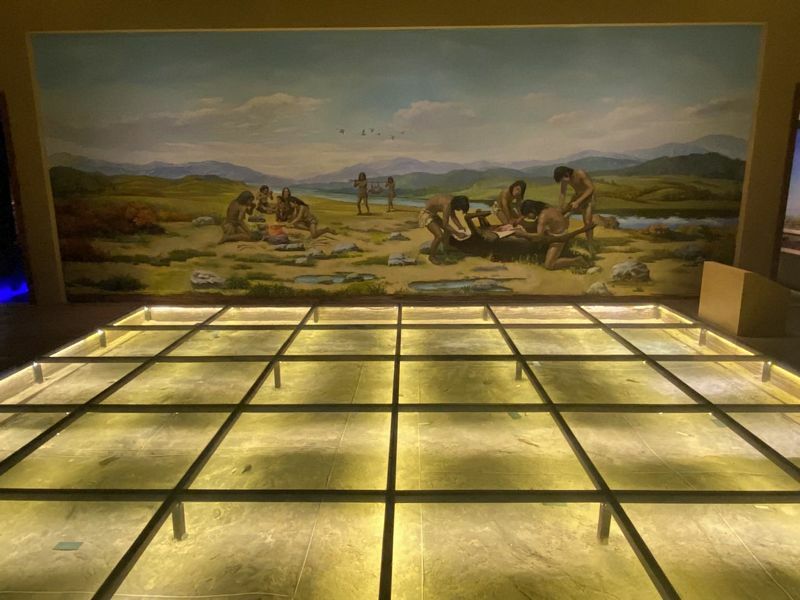 The Oriental Plaza project was paused for around six months as scientists, trained in their art by access to the globally famous Zhoukoudian Peking Man Site, got to work and found firepits, animal and human bones, and more. Eventually, though capitalism (with Chinese characteristics) would not be denied, and the mall was built as planned, with a space just 200 square metres reserved for the relics to be preserved and the very base rock in which many were located preserved under a glass floor for visitors.

Since the Mall’s opening in 2001, this museum has been available to visit, although oblivious to the vast majority of the great many shoppers who have passed by overhead. Shopping in a high-end mall and then popping in to see how local cavepeople lived is not really a natural connection, and that probably explains why this remains an obscure museum, despite its excellent location and ready access to an almost never-ending stream of potential customers. 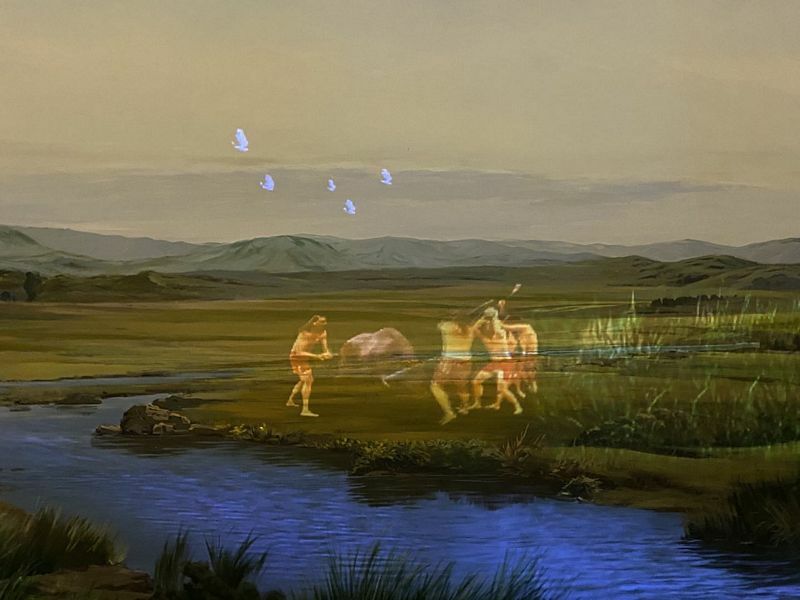 The Wangfujing Paleolithic Museum only needs a few minutes to visit as it is very small. An entry room with some photos of the excavations, then a main hall with the glass floor and some models of paleolithic life including beamed scenes of fire-making and oxen-killing on the walls, then a strange corridor of screens showing an animated run through the various eras of Beijing; paleolithic, Early dynasties, then the modern Wangfujing Street, all in about two minutes, and with very little context or information provided.

All the info boards here are in Chinese, with the introduction and the conclusion in English too, as well as a few labels on items found. There is a final small bonus room with he displays about the concept of human evolution, but in total the casual visitor would only need to budget fifteen minutes for the museum, it really is that small and simple. Well worth it though for anyone looking for something quirky, or even just a break from wandering in a shopping mall! As the introductory board boasts, the Wangfujing Paleolithic Museum is “the first and only paleoanthropological site unearthed within the downtown area of a capital city worldwide” – so that’s extra incentive for some people for sure!