Learn all about the history of Yanqing District and area

Location: 24 Guishui North Street, Yanqing (a northwestern suburb of Beijing, around 85km from the city centre)

Cost: Free! (and you might get a free pack of cards too, I did anyway) 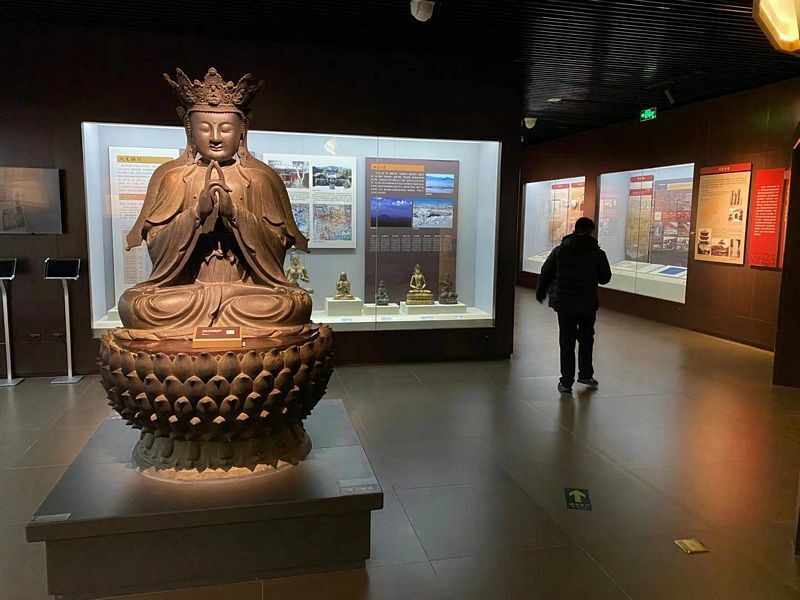 Yanqing is a small outlying part of the massive Beijing area, located at the very edge of the Beijing municipality around 85km from the city centre. Notable mostly for being close to the Badaling Section of the Great Wall of China (the most commonly visited sport on the Wall) as well as being near some of the 2022 Winter Olympic areas, this is a somewhat obscure place to find yourself if you’re not engaged in winter sports, but we are here to find museums and Yanqing has not one, but two of them! (Yanqing Geopark Museum is the other one)

Today we feature the Yanqing Museum, located in the centre of town and opened in 2008, this quite large three-floor building contains four exhibition areas at the present time – downstairs there is a photo hall made up of pictures of the Great Wall and the villages and towns surrounding Yanqing itself (the district this is in is also called Yanqing, so the terminology can be a bit confusing). There isn’t much in the way of explanation (and zero in English in this hall) but the pictures and nice and there is a fun and weird tunnel thing to walk through with illuminated pictures of the Great Wall on either side. 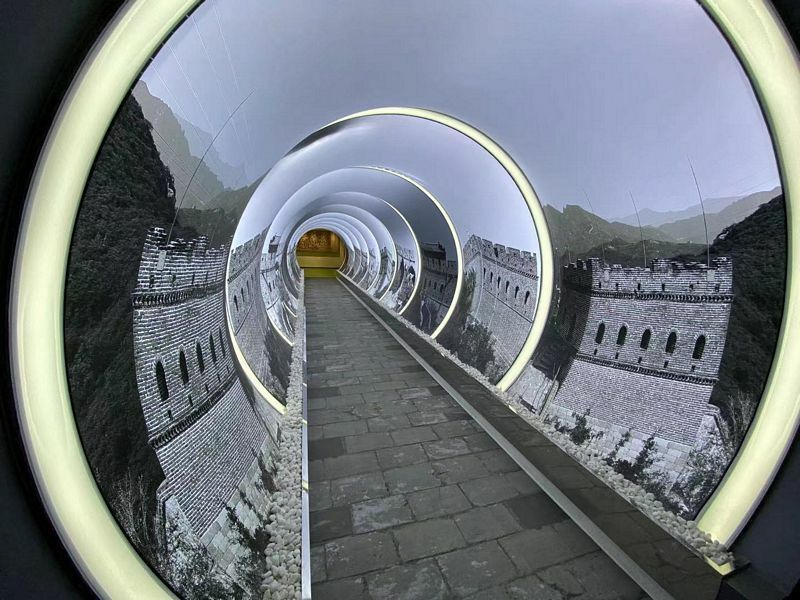 Heading for the stairs one comes across an interesting topographical map of the area covered by transparent plastic that you walk across. I asked a security guard where on the map we actually were and he wasn’t sure, so it might not be the main focus of some of the staff. Still, it looks cool and I always enjoy this kind of feature in such museums.

Upstairs the main exhibition is called Yanqing History on Display, and it is rather well done actually. With exhibits and explanations (in Chinese and English) walking the visitor through the history of the area through successive dynasties with some relics well displayed with moody lighting in a very warm series of rooms. Some models and dioramas add to the context too, I was impressed.

At the end of this section is an exhibit on more recent history of the area, where the translations ran out though. This part explains the stories of railway workers taking part in revolutionary activities in the area, a fascinating story but one undercooked in this small space. Perhaps a Yanqing Revolutionary Museum should be opened? Given that I was the only person in the Yanqing Museum at this time though it is possible that the market would not sustain such a project. The next exhibition is titled Building a Socialist Yanqing, and it is as dry and doctrinaire as you may imagine. There is only a translation of the introduction part and it was so propagandistic that I nearly fell asleep reading it (although the fact that the inside temperature at this point had risen even more may have contributed). This part is small, with just a few boards showing how glorious leadership has transformed Yanqing from a backwater into an almost-indistinguishable-from-all-other-Chinese-suburban-cities powerhouse. Interesting to those who are interested in such things.

More fun was the final exhibition on the top floor; Yanqing Folk Custom Exhibition – this has some models of old houses, clothes and such from various ages worn by the people of Yanqing, and also a really fun part about folk traditions and festivals. With stilt dancing, ‘land boat’ riding, and some hobby horses that people parade through the streets on. It gave the impression (to me) that Yanqing is, once a year, a deeply traditional type place with all kinds of mysterious and esoteric events taking place. I’ll have to go back and investigate (note: if you have seen The Wicker Man you may know how that could end up!) 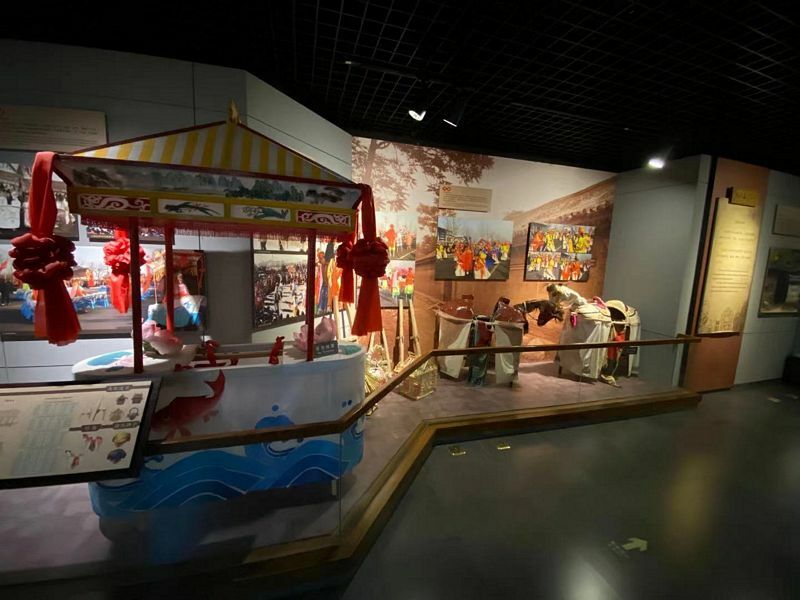 A note about the staff here – they were super helpful and welcoming (and my visit was at a time when a random foreigner showing up is often greeting with suspicion due to the ongoing covid-19 issues that are often blamed on us outsiders) and answered all my questions, gave me two free packs of cards featuring some items from their displays, and one lady even paid my parking fee when I couldn’t work out the app for street parking in Yanqing. I have nothing but praise for these guys and if you find yourself in the Yanqing Museum they will be a fun interaction welcoming you there. Also, the museum is free, so the price is very much right!

A wander around the Yanqing Museum will take 1-2 hours depending on how many captions you read and how bothered you are to learn about socialist development in this area. It’s a long journey from central Beijing just for this but if you’re going skiing or to the Badaling Great Wall then why not stay in Yanqing and take in a museum or two as well?