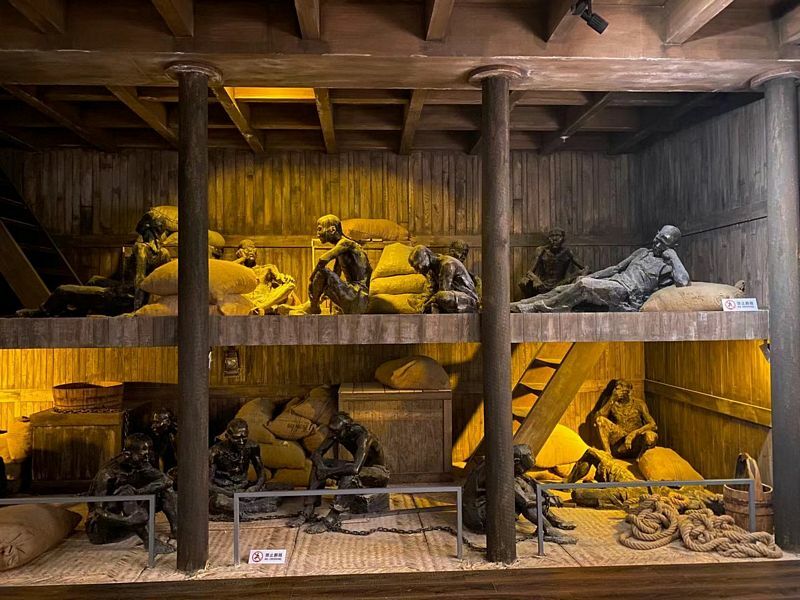 This large museum opened in a prime location in 2014, one of apparently more than twenty such establishments throughout China these days – perhaps part of a soft power push to strengthen links between the PRC and the global population of Chinese origin?

The Overseas Chinese Museum is not a particularly famous place in Beijing and despite being free doesn’t seem all that popular either. But it is actually a very well-done museum and well worth the time to stop in for a look around. The bilingual explanations are among the very best in any museum I have visited in China too, almost no Chinglish at all, and everything is laid out clearly and with context.

Made up of four main permanent exhibitions (plus space for temporary exhibitions too), this museum easily needs a couple of hours of any interested visitors’ time. 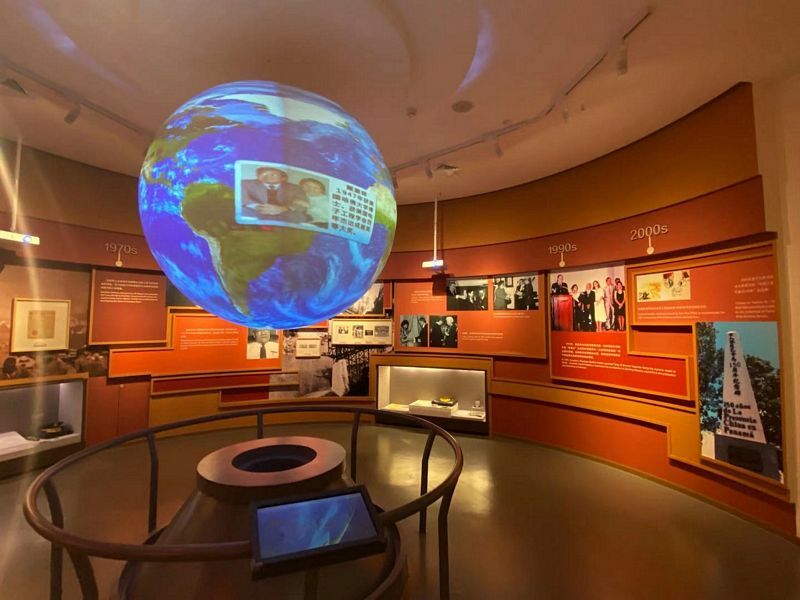 The ground floor contains the First Exhibition Hall, dedicated to the history of Chinese emigrating overseas. From ancient times (which is specifically defined as being pre-1840) through various dynasties. Info on the silk roads, the fleets of Admiral Zheng He (in which the museum admirably ignores the popular fiction that Zheng discovered and settled the Americas), before moving into the vaster waves of human movement from China, which happened after foreign powers became involved from 1840 onwards – with the mass mobilisations of coolie labour around the world in some appalling conditions, rightly described as a form of wage slavery in this exhibition. There are explanatory boards, videos, dioramas, and a fascinating part about how Chinese settlers in San Francisco exploited the destruction of the city archive in its 1906 earthquake to simply claim they were born in the US, and thus entitled to citizenship and to bring family members over too.

Exhibition Halls No. 2-4 are in the basement, the Second Exhibition Hall is a fascinating reconstruction of various Chinatowns through the ages, with some authentic street and shop signs donated by various compatriots overseas (although frustratingly, it is not stated where they originally were) so the visitor walks through examples of late Qing Dynasty Chinatowns all the way up to what seems to be a North America of the 1980s. Features on the movement from traditional overseas Chinese jobs (apothecary, barber, laundry) to the more modern age of mass media and banking, plus the establishment of Chinese schools and associations overseas are shown here, even with some mentions of the formation of triad groups of less-than-legal enterprises. Of course, these notable inclusions do show the notable omission of certain organisations popular among the diaspora which are not to be mentioned in today’s People’s Republic, and the exhibition does suffer from not being able to acknowledge these). 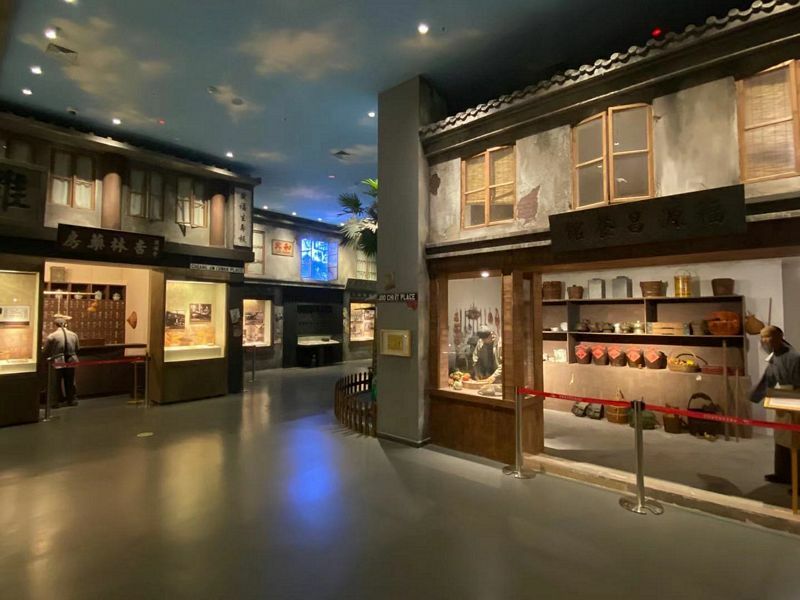 The Third Exhibition Hall goes through some major achievements of overseas Chinese people. A strong focus on military exploits is particularly interesting, featuring everything from the labour corps in World War I to the vast numbers of Chinese who served in the Red Army and various other anti-fascist forces too. Then it rather more boringly goes into the economy and such other vital fields with a focus on some well-known and more obscure personages.

The Forth Exhibition Hall was the one I thought would be a bit more propaganda-laden, with the description stating that it would focus on the links between the overseas community and the mother country itself. I was braced to learn all about how overseas communities use Xi Jinping thought in their daily lives, but I was spared this fiction: a pleasant surprise! The history of how various organisations in the country today were supported from overseas (including the Communist Party itself) is very interestingly done, and information on historical links between the descendants of those who left and those who remained is worth reading about too.

The whole thing ends with an electronic board showing the stars in the heavens with examples of notable diasporans being broadcast into the skies. Very few non-Chinese will know who many of these people are, and it is only in Chinese, but it does show that links between anyone of Chinese origin and the mother country are taken seriously here at least - so it’s a fitting tribute to the centuries of emigration, often in extremely harsh conditions, endured by untold millions of Chinese people, leading to the opportunities and successes enjoyed by those of a Chinese background around the world in the 21st Century. I found it quite touching, and very interesting indeed.

For those using WeChat, there is an audio tour service (via QR code) on-site, and every day at 10 AM and 2 PM there is a free guided tour of one hour (the sign didn’t state what language this was in though, quite probably only in Chinese). 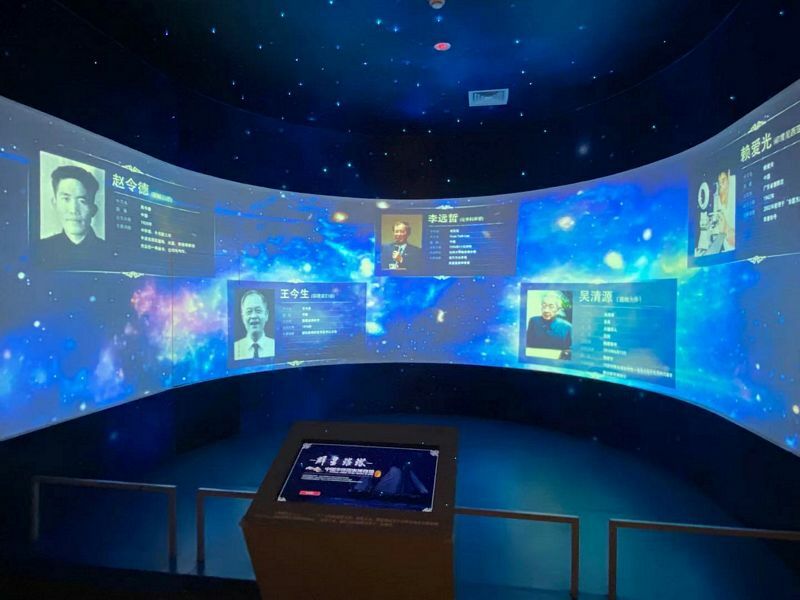