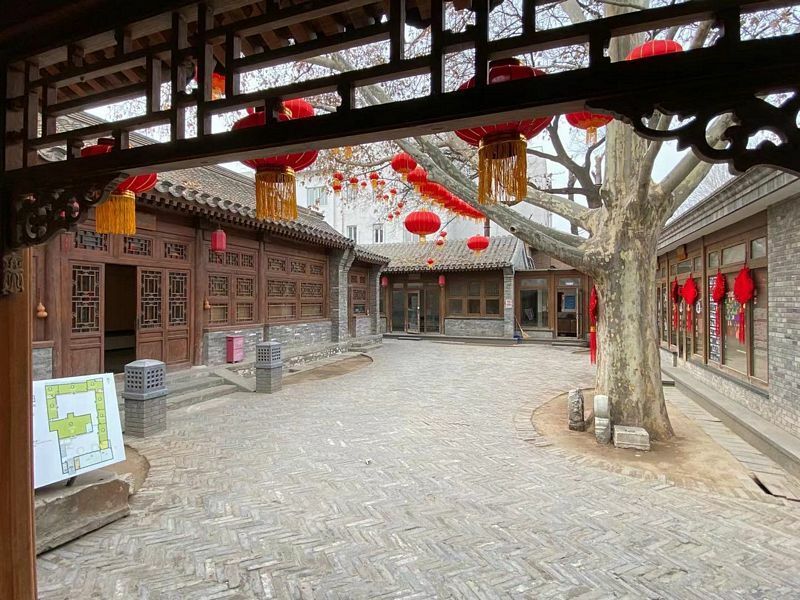 Shijia Hutong Museum is a real hidden gem for anyone interested in the old neighbourhoods that define Beijing life for many residents and visitors – a modest entrance hides what is a very large courtyard complex that does rather a good job of bringing some elements of the complex history of the Beijing hutongs to life.

The main building contains an exhibit with a brief history of the hutong concept itself; explaining the disputed origins of the word hutong itself (Is it Mongolian? Is it Chinese?) as well as explaining how standardisation of these alleyways took place under Kublai Khan and also how they can be seen as similar to other grid systems in cities such as Mexico City and New York. 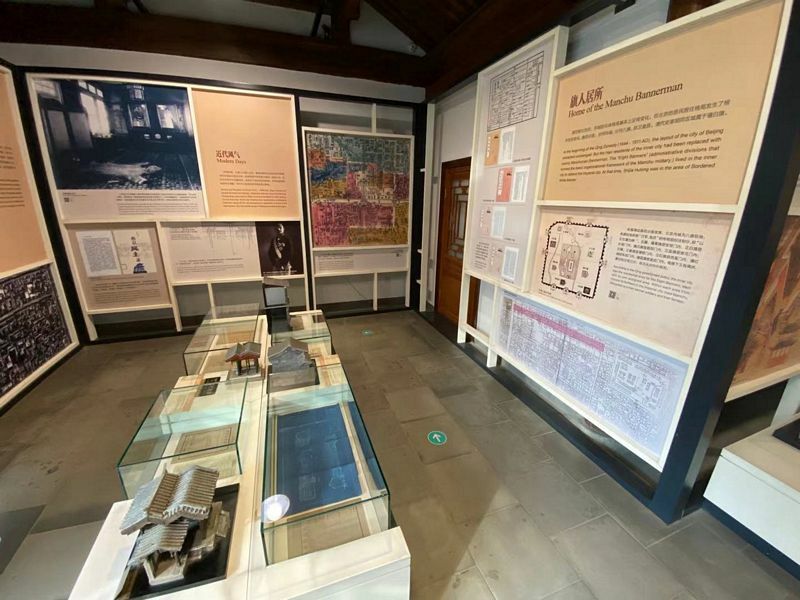 Models of classic hutong streets and courtyards in the Shijia Hutong area are well done and photogenic, and the explanations in English and Chinese are brief but comprehensive enough for a casual visitor to get a sense of the history and meanings of this concept of urban design.

Shijia Hutong is handily very central in Beijing (well, all the hutongs are central, as they were what existed inside the old city wall, now mostly demolished and roughly situated where the Second Ring Road is now) so is an easy one to add to any Beijing tour program for visitors.

Behind the main building is a second courtyard and the museum exhibits continue in the connected buildings that make their way around this central space. There are histories of what someother notable buildings in Shijia Hutog used to be, which is a fascinating look at how such spaces are repurposed over the last century or so – one building was an examination centre for Chinese students applying to study in the US (a hundred of which were funded each year through a system called the ‘Boxer Indemnity Scholarship Program’ which was a way of the US to refund the overpaid penalties China had been forced to hand over after the failed Boxer Rebellions. There also was a school for the Left-Wing Bannermen (‘left wing’ in this case not referring to their politics but to how they would be arrayed in battle). This particular building, the home of the museum itself has been various things during the 20th Century; a home, a school, a kindergarten, and a dormitory for actors from the Beijing People’s Art Theatre who lived here and hosted visits from Zhou Enlai among others. 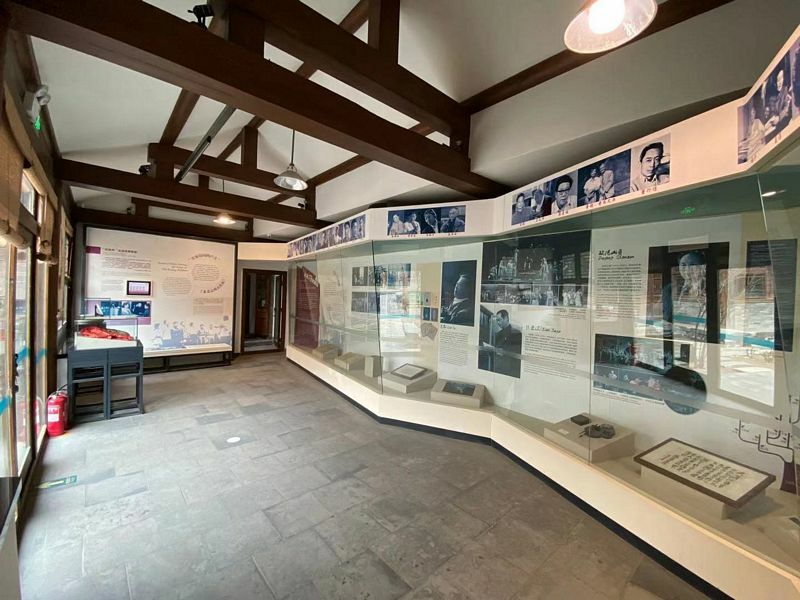 Literary giant Lao She would also wander over from his home less than one kilometre away (now the Lao She Memorial) to give instructions when performances of his works were put on.

A large room at the back of the complex contains an exhibition on the former owners of the building; Ling Shuhua and Chen Xiyong; both big figures in early 20th Century China – she (Ling) was a writer and painter, he (Chen) was a scholar, publisher, and UNESCO representative.

Next, we come to a couple of rooms giving potted histories of notable hutong residents, from military generals and political figures to artistic icons and medical innovators. A brief biography is given for each person highlighted and makes for interesting reading and a good look at how Beijing has changed over the years.

Finally, an exhibit on the material side of Hutong life – a small room containing the furniture and decorations of a typical hutong apartment in the 50s and 60s, then another (more colourful and with a bit more technology on hand) for the 70s and 80s. A final larger room which should be an exhibit of Hutong life in the 21st Century was empty at the time of my visit (January 2021) so maybe that is something to go back for. 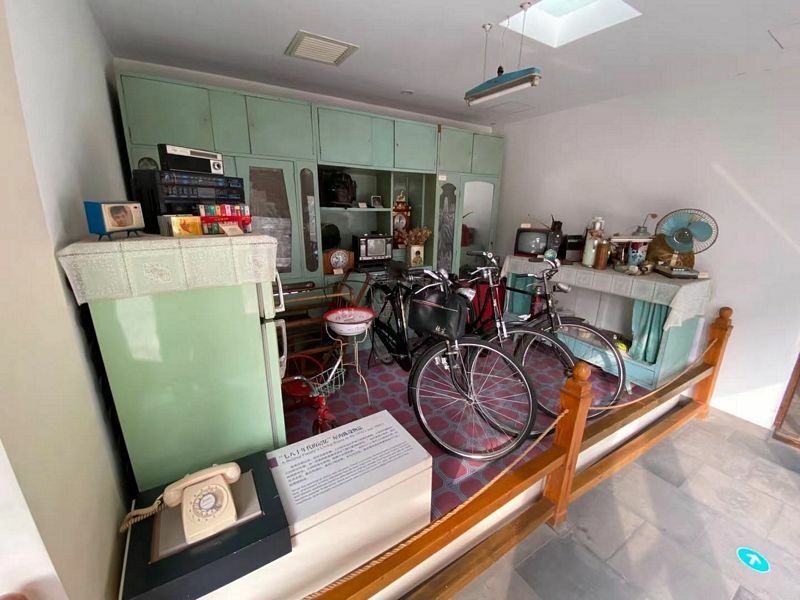 The whole place is well done, and the explanations and content are relevant and clear, I was impressed indeed. There is no gift shop on-site, but right next door is the Shijia Hutong Creative Products Store which has a great selection of the usual tourist tat (magnets, postcards, bookmarks) but also some nice artworks painted on hutong rooftiles by local artists, as well as other fun Beijing hutong-themed souvenirs to buy.

One hour is enough to have a look around the Shijia Hutong Museum, and it is an hour well spent for both visitors to the city and Beijing veterans looking to learn more about a particular iconic hutong area.