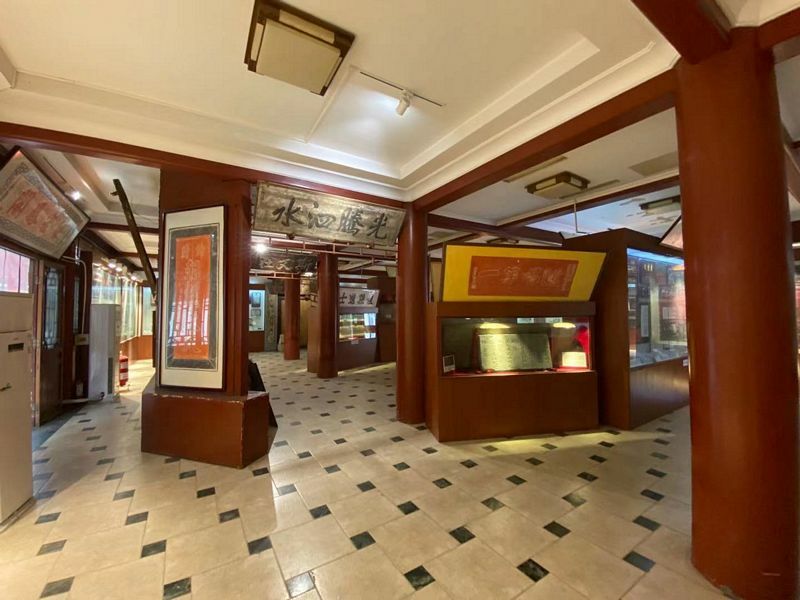 China’s Gaokao, the general exam for those hoping to win a university place, which takes place every year, is a notoriously difficult and stressful set of exams taken by young people across the country every year. It causes stress, mania, and all kinds of worries for kids and their families. However, it is merely the modern successor to something even more gruelling, competitive, and absurdly difficult. The notorious Imperial Examinations – basically a civil service test which existed in one form or another from the year 618 until its final abolition in 1905. These tests were more than just spelling and adding up; there were philosophical elements, a lot of memorising stuff (as many tests remain), as well as a martial arts section that was introduced by the Mongol’s when they took over and decided they wanted their administrators to know which end of a sword to hold as well as to have nice calligraphy and a familiarity with Confucianism and the classics.

These exams were so difficult that, in the 1300 years they existed, less than a hundred thousand people managed to pass at the higher Jinshi level. Many notable intellectuals, administrators, and nobles took these tests over the years, and a high pass was a route to a comfortable life indeed for many. Notably one man, Hong Xiuquan, was so distressed by his failure to pass the Imperial Exam (failing twice) that he got it into his head that he was Jesus’ brother, raised a massive army, waged an uprising (the Taiping Rebellion) lasting more than a decade and costing dozens of millions of lives. So with a pass rate of less than 1% this really was the kind of test that would stress student out quite severely! 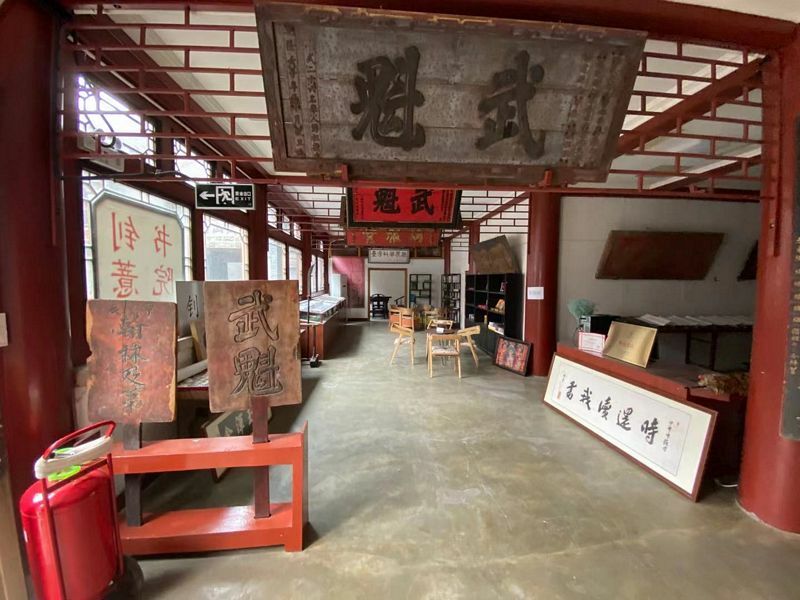 Just like those bumper stickers that say ‘Proud parents of a Harvard Student’ or ‘My Son goes to Oxford’ or whatever other micro-elitist claims can be found, Chinese parents during the eras of the Imperial Exam would want to show off to any passers-by that their son (it was always sons, the exams not being available to women) had managed to achieve something academically miraculous. And they did this by erecting stone monuments, having ornate carvings made in honour of their little over-achiever, or taking the cheap option and going with calligraphy-on-wood that they would then erect above their front doors. All while the neighbours rolled their eyes and pretended to be impressed no doubt.

This quite fun museum collects a lot of the wooden signs, and a fair quantity of the stone monuments from a few different dynastic eras too, along with some smaller exam-related items such as ink wells and ephemera from exam takers. Some of the signage is in English but not enough to make full sense of the place so visitors are strongly advised to bring a translator with them if not able to understand Chinse or not up to date on what the imperial exams consisted of. The Imperial Examination Plaque Museum is set in a traditional style (although built in the 21st Century) courtyard complex, the first building being the main museum. The lights had to be turned on for me as I was the first visitor in a number of days, most people who come here seem to be on school trips and none was planned for this week apparently). It’s all a bit dusty and could do with an upgrade but it is still pretty interesting. I especially liked the small display about students cheating on the test, with tiny books filled with almost microscopic text, paper stuffed in jars, and also some radios as well, from more modern cheats. The punishments photographed for those who cheated in the late Qing-era exams appeared to include being publicly shamed y wearing a wooden bridle, and also being spanked. Cheating? That’s a paddlin’! 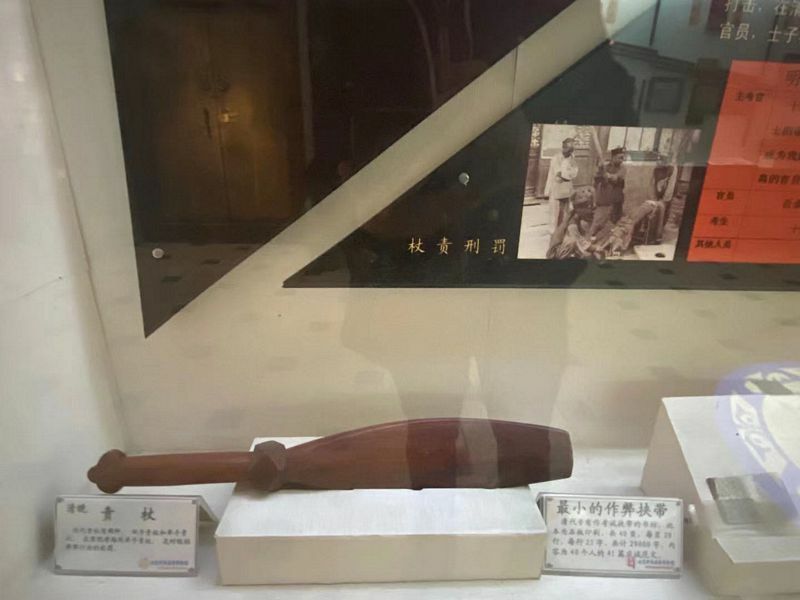 Into the main courtyard and there are further halls on either side of the very pleasant ponds and bridge, made to look like a kind of exam centre from the past. There the set-up for school trips is more in evidence with space for visitors to try out their own calligraphy to make their own plaques (without taking the exams? Count me in!) and to sit and watch videos. I asked the curator (the daughter of the founder) if they offered the chance to sit the test itself and she told me simply that it is far too difficult and takes too much time, so much for that idea then!

In the north hall there is a library with some books on the exams and the history of such tests, plus an impressive collection of My Little Pony books in Chinese, some old German pop LPs, and various other key texts that seemed to lack a little coherence in their collection. The shopping options seemed to be limited to a few pictures of various sages of Chinese history, I bought a badge (which I thought was a magnet) of a wise dude and the name of the museum in Chinese and Pinyin (zhongguobeijinkejubowuguan – they didn’t bother with spaces) for 10 RMB.

The Imperial Examination Plaque Museum is interesting for sure, but it is very niche indeed and most people with any interest in such things and more limited time are more likely to head to the Guozijian Temple and Confucius Temple where stelae with the names of exam passers plus an actual test centre are located. This spot is worth coming to if you have a particular interest (maybe you’re some kind of ultra-pedagogue?) or are in the Gaobeidian ‘antique’ furniture area – although that is literally being torn down at the time of writing, so you might be too late for some of those bargains. 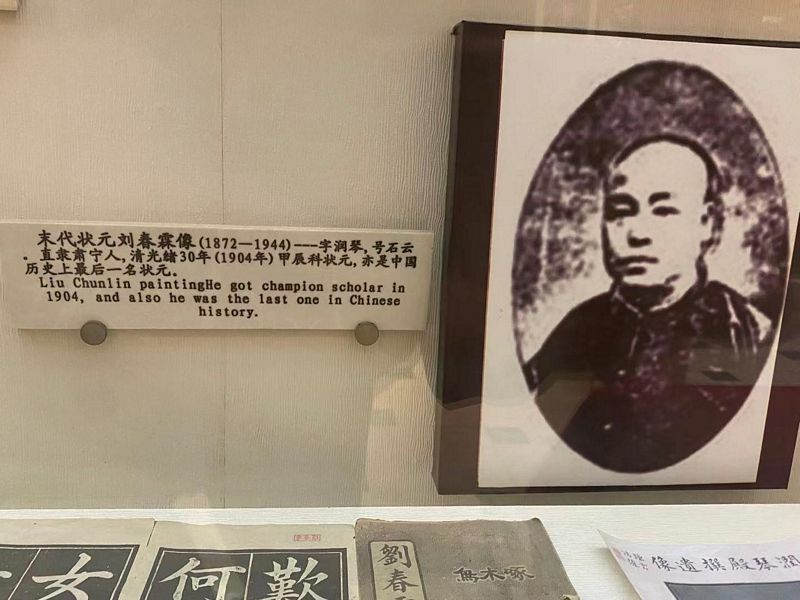