Memorial of a modernising jurist 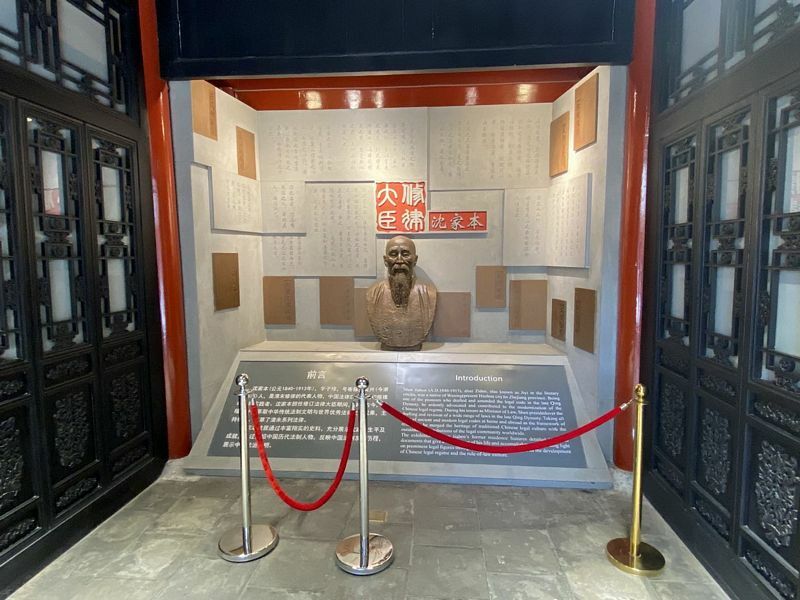 Shen Jiaben (1840-1913) was a renowned jurist and legal mind of the late Qing Dynasty. Born in Zhejiang province, he rose through the ranks and served in such positions as Vice Minister of Justice and Prefect of Tianjin. While serving in Baoding (near Beijing) in 1900 he was imprisoned by French expeditionary forces and narrowly avoided execution. Shen reached his peak as Secretary of Enactment and, along with some other legal scholars, was placed in charge of a major update of the legal code of the Qing Dynasty. At that time the country was in terminal decline and a modernisation drive in the field of laws was part of a last-ditch attempt to keep dynastic China as a workable state.

Many of the legal opinions put forward by Shen and his colleagues were admirably progressive for the time – getting rid of facial tattooing for common criminals, and abolishing the dreaded and horrific lingchi, or ‘death by a thousand cuts’ were among the accepted proposals introduced in 1905. 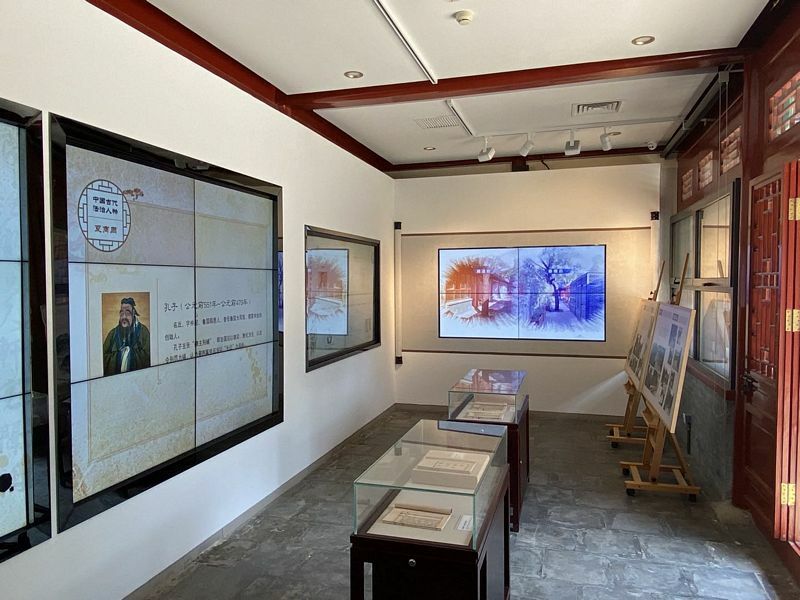 At Shen Jiaben’s former residence, a large traditional courtyard complex in the southern part of central Beijing, all of this history is explained in a series of rooms relating to Shen’s personal history, legal thoughts, and more. Much is made of his contributions to the Rule of Law, something that is mentioned often these days in China (and mentioning it is the same as having it, I guess!) with Shen Jiaben’s legacy in legal and court reform as presented here perhaps making some visitors with he was still with us.

The first courtyard contains the halls devoted to his life and legal opinions, also a room with a tiny handful of Shen’s own items, and a digital display where you can leaf through an e-book about his, while the music from Braveheart plays (presumably, given the dedication to legal standards, the rights to this music were paid for?), then the rear courtyard contains rooms with brief introductions to other significant legal minds of the age as well as another room about the all-important Rule of Law.

Introductory panels are in English, but the nitty-gritty is all in Chinese. So a person or machine to translate would be a handy asset for anyone wanting to learn more here. 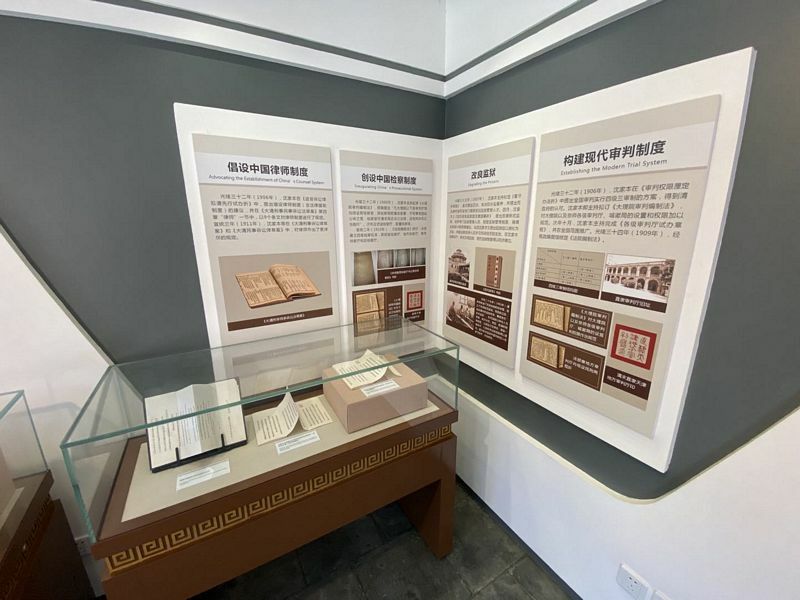 There is also an area which used to be Shen’s private library, which is now still a library where visitors can leaf through legal books. It’s a very nice spot and would benefit from having a coffee bar added, although perhaps the number of visitors here is too low to make that particularly viable.

All the legal stuff aside, this is a lovely example of a Beijing courtyard, a very large one at that. Outside the entrance, there is also an old well, which Shen apparently had encircled with a brass barrier as local people had a tendency to fall in. So, he was community-minded too! This house is where he lived after his retirement from office in around 1910, although he did serve in the cabinet of the Warlord Yuan Shikai in 1911-12 so his retirement was very short-lived, given that he passed away in 1913.

Shen Jiaben’s Former Home is an interesting place to visit; quiet, scenic, with sufficient explanations too. Maybe not top of most people’s lists, but something that only takes half an hour to look around in full.