They took all the tea, and put it in a Tea Museum

Location: 14 Maliandao (4th floor of the large tea market building at this address), Xuanwu District. Nearest subway station is Wanzi, around 700m away at the north end of Maliandao) 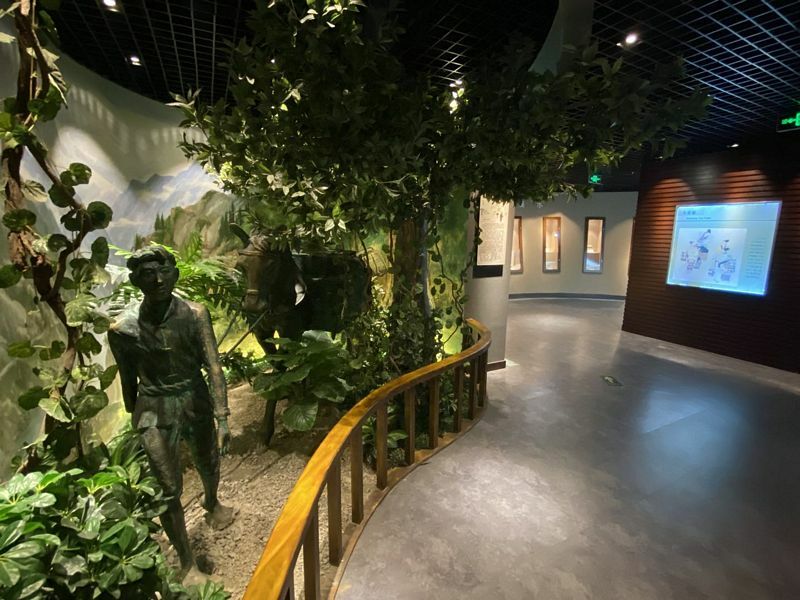 Maliandao is a 1km-long street in the southwest of Beijing, behind Beijing West Railway Station, made up of more than 1000 tea shops. Retail units here vary from streetside shops to multi-story markets containing dozens of small establishments inside. Almost the whole world of tea is here for the sampling (a lack of PG Tips or Yorkshire Tea may confuse visiting Brits initially though) as well as more tea paraphernalia than you can imagine. It's no exaggeration to say that it seems that all the tea in China must be in this place, the biggest tea selling area in the north of China, and a mecca for Beijing’s lovers of a brew or two.

Needless to say, tea has a special place in China, and a very long history of consumption and rituals. It is at the Tea Museum that this can be learned about, but only if you can actually find the place first!

Beijing Tea Museum is located on the fourth floor of one of several tea markets on Maliandao, unhelpfully there is no signage outside the building at all so the first indication that you are in the right place is when you spot the sign next to the elevators inside the lobby area. Ascend to the relevant floor (4) where the museum is easy to find, and then the learning about tea in China can begin.

The Tea Museum is not particularly massive, and 20-30 minutes is enough time to have a complete look around. As with many of Beijing’s museums, the introductions to each main section are translated, as are various other key bits of info, and then the rest is left in Chinese only. But it is a fairly straightforward narrative so shouldn’t be too much of a burden to non-Chinese speakers. 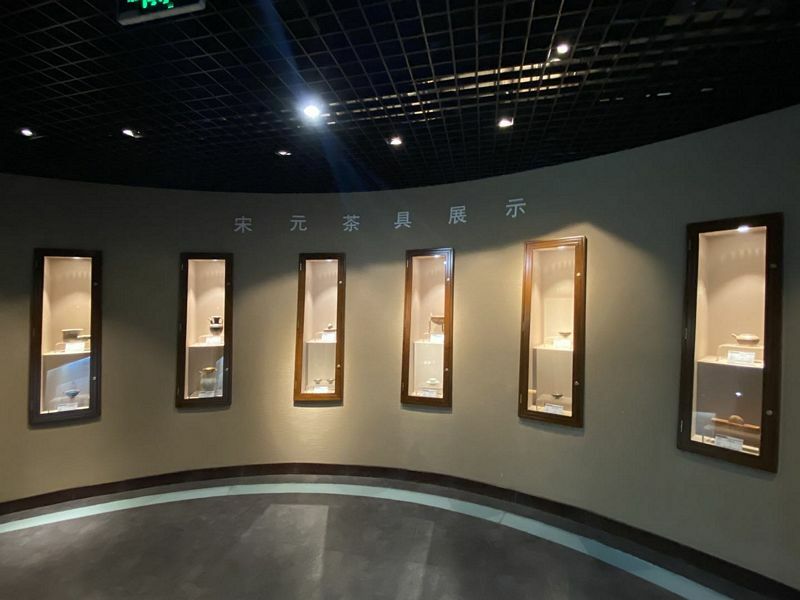 We start with an intro to when and where tea cultivation originated – a board claims this was in the ‘Shennong Period’ but I looked this up and it turns out this was the time of a mythological king, so that isn’t too helpful when it comes to really dating the early days of tea. The same board also claims that tea bushes were planted in the Zhou Dynasty (1050-771 BCE) so here we have a date of around 3000 years ago, and with Sichuan as the site of the first tea industry as claimed here.

The first few rooms run us through the dynasties of China from that time, with examples of tea styles and the various cups, bowls, and other receptacles and tools used for tea preparation at those times. Naturally, as we get nearer to the present day there is more detail and more stats for those of a numerical persuasion. There are also some fun models of various people here, such as a boy leading a horse loaded with tea on a kind of Tea-Road (the very name of this street, Maliandao, is related to horses being brought here), to bring the wonders of a cuppa to the far flung corners of the empire, and a waxwork of the Kangxi Emperor sitting at a table with nothing on it, looking like he is ready to tell the fortune of anyone who brings him a steaming mug. While detail is fairly light, I did learn a few things about the importance of tea to the late Qing-era Chinese economy, about the various routes on which tea has spread around the world – from a working interactive screen (rare, most of the others were turned off). It informed me that the first exports were to Korea and Japan, and that the most recent paths for tea transportation are those of the Belt and Road initiative, which I thought was a kind of global infrastructure project, but which is presented here as just another way to move these leaves from China to thirsty people around the globe.

Most of the info runs out with the end of the Republican period though (in 1949), and there isn’t much detail given about tea in the New China era, aside from the near-ubiquitous (in museums) pictures of China’s five paramount leaders, this time all being shown some tea in various countryside contexts.

After this we find a few rooms giving us some actual tea facts; what different types there are, the ten famous Chinese teas (most of which I was completely ignorant of), and so on. There is a demonstration room at the end, which I first thought was a shop, but none of the three staff at the front desk (who had ignored my several phone calls as I tried to locate this place) offered to jump in and put the kettle on for me, which was a pity. Actually, almost any of the shops on Maliandao will make any visitor a tea as soon as you show up, so it’s the easiest place in Beijing to try a few interesting drinks, just not in this museum. 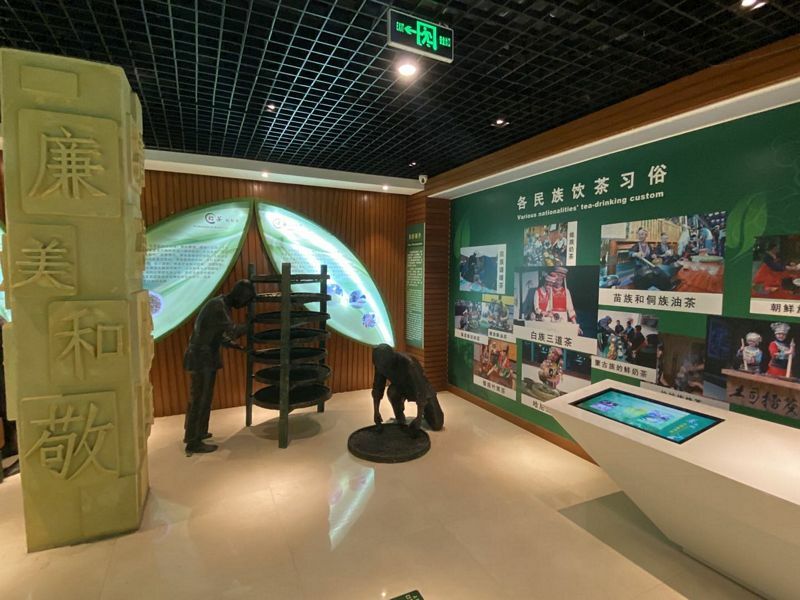 So, it's not the very finest of the city’s museums, but it is free, and there is a clear context for it being where it is - if only there was some way to know that the museum is actually there in the first place. A lady in an excellent shop just one floor down from the museum asked me if the museum was even open, so people who work just a staircase away don’t even know much about it.

Anyway, if you’re heading to Maliandao then a stop at the Tea Museum to quickly learn a bit about these amazing leaves and find out the names of some of the famous varieties, as well as some of the history of drinking tea in China, is very much worthwhile. It doesn’t take long, and you can then fake your way as a bit of an expert when battling it out with the sellers in any of the thousand tea shops in this neighbourhood. Worth the time if you’re on the tea trail for sure! 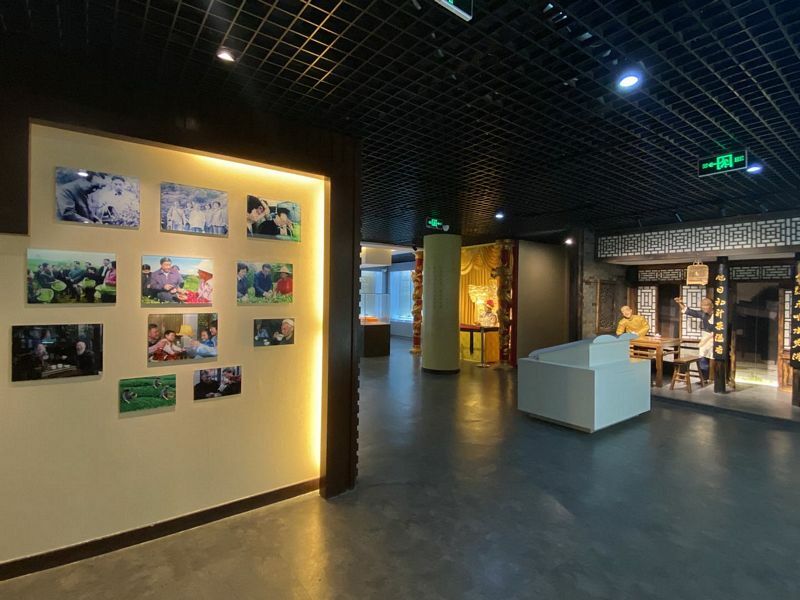