Location: 13 Yu’er Hutong, Dongcheng District. Nearest subway station is Shichahai, but most visitors will likely be coming from Nanluoguxiang street, so Nanluoguxiang Subway Station would also be a good option. Each is around 10 minutes away on foot. Qi Baishi is one of the biggest of big names in the Chinese art world, and also (as they love to remind the visitor at this site) was also a well-known figure overseas as well. Even if you know very little about Chinese art you may well have seen some of his work as he is mostly well known for painting shrimp, a motif he sustained over decades and in which his style developed too (an interesting short video here shows how his style changed). But Qi was a master of many forms of art and also knew how to make wood carvings, compose poetry, and do a bit of calligraphy too – basically an artist in almost all sense of the word, and one who used to love in this hutong courtyard.

But he didn’t live here for very long at all. The property was purchased for him by the state in 1955, then it was presented to Master Qi in September 1957l and he passed away on January 1958, aged 93. This courtyard building has been a memorial to Qi (with a needlessly long title to my mind, why not just call it ‘Qi Baishi Memorial’?) since the early 2000s and is a very well-presented introduction to the life and work of the great man, ideal for those with a casual interest. One room contains a handful of his paintings, with a video explaining the development of shrimp painting, another room at the back of the courtyard is where he lived briefly, so some of his furniture and effects care on display.

The eastern hall of the courtyard is a small museum explaining his life history in English and Chinese; his origins in Hunan, his initial focus on a wide range of artistic forms, his travels in China and eventual move to Beijing, info on the somewhat whimsical style that he became famous for, anecdotes about how he managed to avoid selling any art to occupying Japanese forces (spoiler: he basically put up a sign rudely refusing to meet with anyone from the military, somehow that worked!), and then his later-life fame and glory in New China, and eventual death and artistic immortality afterwards. 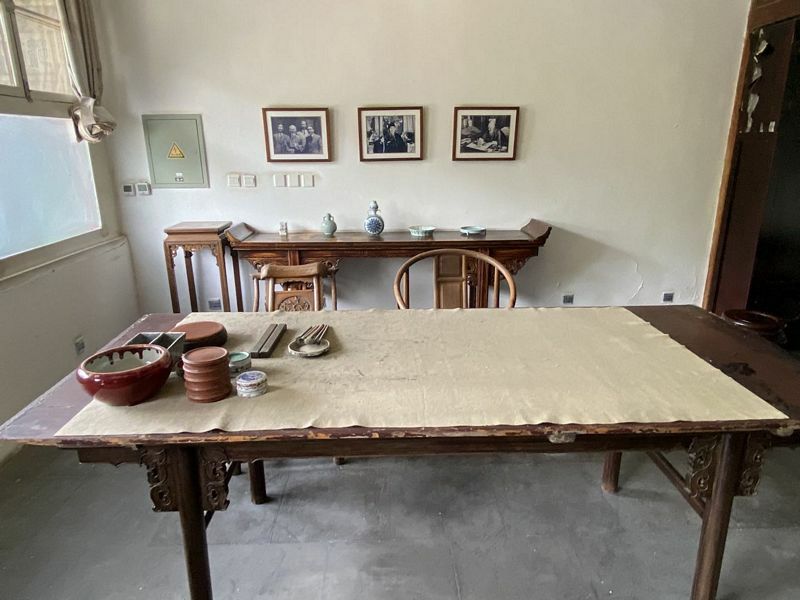 There is a statue of Qi Baishi in the centre of the courtyard, and a shop selling a combination of random tat and some Qi Baishi-themed items such as magnets, postcards, and so on. It’s a good spot and there are small tables laid out in the courtyard for visitors to sit and take in the vibe, even if the ‘café’ only seems to serve warm cans of sprite and bottled iced tea (a missed opportunity, this would be an excellent space for a real coffee bar).

The Memorial Hall of Qi Baishi’s Former Residence is in a terrific location, just a few minutes’ walk from the major tourist attraction of Nanluoguxiang street. It’s easy to find, cheap to visit, and also is ideal for those who know little or nothing about the great man himself. Half an hour is easily enough to get around this memorial including stopping in the shop, so for many visitors to the Hutongs of Beijing a stop at the former home of the greatest Chinese artist of his era is a very strong recommendation. You may find yourself sketching shrimp afterwards though! 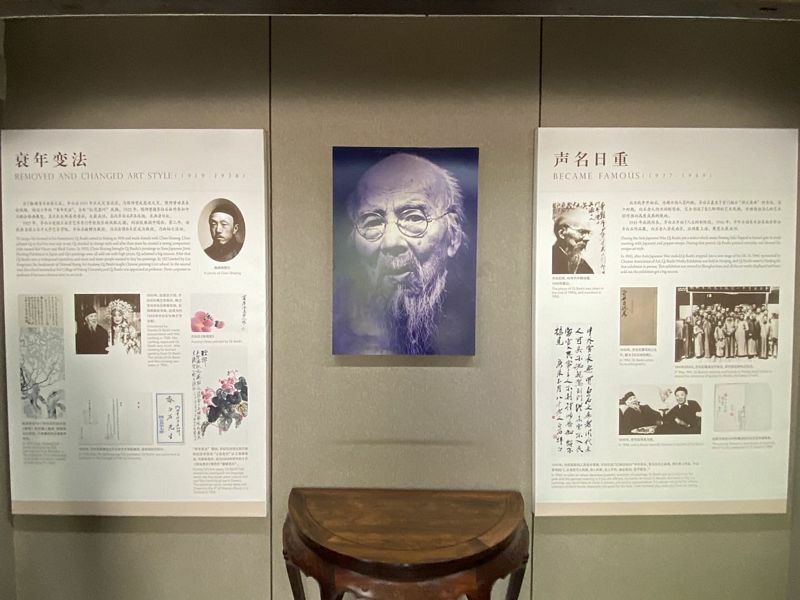