As my exile in Mongolia seems extended, I thought I would start to make the best use of my time and what better way to use one's time then to write about Mongolian beer.

I am partially joking in that I am writing about beer, but as part of a larger project, as I live in Mongolia, I thought it would be a great idea to start reviewing products and services. I have always had a soft spot for the amber nectar - so here goes. For many, when thinking of travelling to Mongolia, it may not seem like a big beer-drinking country. And if you had visited here 20 years ago, you'd be right.

Mongolia has always had a love-hate relationship with alcohol. Alcoholism is considered one of the more significant problems affecting the country. The Mongolian problem with alcohol is nothing new. Even the son of Genghis Khan was to die due to his lack of self-control.  13th-century physicians famously told Ögedei to cut down the number of cups of wine he was drinking. He did that - although the story goes, he just made the cups bigger!

Following leaders were no different, and a series of Mongolian rulers were also to suffer from too much alcohol.

These days, unfortunately, it is no different. Even the last Friday of every month now sees an alcohol free day across the country in the hope that the paycheck may make it home.

From ancient times out on the grasslands, alcohol was made and produced with milk. As the Mongol Empire grew, some people would have had access to various other drinks.

Vodka, which is still the countries favoured tipple, was introduced as Mongolia's relationship with Russia began although it expanded massively during the Soviet period. Cheap and strong as well as lending itself perfectly to alcohol-fuelled greetings and celebrations, it remains a staple for most households.

Mongolia now has hundreds of distilleries making this wheat-based beverage, and some estimates reckon around two bottles of Vodka per Mongolian are consumed per month. Mongolian Vodka averages around 35% Alcohol content per bottle it comes in many brands the most preferred tend to be the most patriotic Chinggis Black, Chinggis Gold, Soyombo and Khar Suvd.

Back to the beer.

There has been beer available in Mongolia for many years,  although initially only imported brands such as the Russian Baltika we available.

Beer has gone through real growth over the last 20 years with many homegrown names introduced to the market. Many of the vodka distilleries were able to switch to Beer production along with the usual. The country has opened up since it shed the shackles of communism, meaning that bars and clubs have boomed many opened and run by the breweries.

In recent years, the consumption of alcohol has seen a decline due to education and government initiatives to curb the problem. Families are also more aware of the issues involving family members.  For many for better or worse in Mongolia, alcohol does affect the lives of many, although as society changes, more people realise that drink can be enjoyed in moderation.

Meaning: named after the famous Gobi desert.
Best described as a pale lager.
Marketing slogan: the Mongolian Premium beer.
Alcohol content: 5.1%
Brewery (if known): APU
Upon pouring: The beer has a nice golden colour, holds the head for a little while, flows well not to gaseous. The smell is malty with a hint of grain.
Taste: Upon tasting the mouth is rewarded with the beers refreshing zingieness and a hoppy aftertaste. There is not to much body to the beer although very easily drinkable. I would equate this beer to a good European lager.

I have drunk Golden Gobi in the past and will continue to drink it in the future.

The golden Gobi is one of the more popular beers amongst Mongolians.

Golden Gobi is the perfect tipple on a hot, lazy, summers day or perfect at the end of a long excursion exploring the Gobi desert.

Meaning: the foam that rises.
Best described as a pale lager.
Marketing slogan: since 1927
Alcohol content: 5.5%
Brewery (if known): APU
Upon pouring: slight initial cloudiness presenting as a pale yellow, holds head well. The aroma is fuller-bodied hoppiness with a slight metallic tang.
Taste: Definite stronger taste the 5.5 Alcohol volume evident,  a malty fuller taste although accompanied by a slight metallic after taste.

After all of my years in Mongolia, I had not tasted Borgio before. A bit of a crime, I know, especially as its Mongolia's oldest lager/ beer.

I am told Borgio now has a reputation as a cheap get the job done kind of a brew.

I wanted to enjoy this, as it does come with history. Unfortunately, I didn't enjoy the taste, and it was a beer I tended to neglect. I would drink this if I had a time machine to take me back to my teenage years as its cheap and robust.

Meaning: Cold.
Best described as a pale lager.
Marketing slogan: Ultra drinkability
Alcohol content: 4.8%
Brewery (if known): APU
Upon pouring:  slower to pour as its quite a gaseous brew head forms well but quick to dissipate. Once settled, this beer sits as a bright golden colour, with a lively gassiness it emits a grainy scent reminiscent of bread.
Taste: The gassiness gives it a lively start as its grainy flavour comes into play, a real crisp beer, especially if nicely chilled. The flavours in this beer are not that full and do not hold but refreshing.

I am biased here as I do like this brew and buy it regularly, its cool light and refreshing.

The best way to drink it is on the shores of Tolbo lake after cooling it for an hour in the gentle lapping waves. Seruun Light tends to be one of my go-to beers and to be honest one of my favourites; I do love its light, refreshing taste and find it to be perfect for those dry Mongolian days. Probably not for real beer aficionados though.

Best described as a pale ale.
Marketing slogan: Craft Original handmade
Alcohol content: 5.5%
Brewery (if known): GEM
Upon pouring:  pours well a descent head forms it may be a little on the dark side for a pale ale, Hopy tones with a caramelised essence.
Taste: the hoppiness wakes up the palet and gives a tremendous full-bodied flavour, the only complaint is that it doesn't carry and seems to mellow in the mouth a little too quickly.

I remember trying this brand upon my first visit to Mongolia many years ago, it wasn't the same beer back then and it did come in a plastic bottle. GEM craft though is a nice brew and goes down a little too quickly though. A beer for a real beer drinker, not the best you will ever taste although here in Mongolia I have found a new favourite.

Best described as a pale ale.
Marketing slogan: Double refreshment
Alcohol content: 1.9%
Brewery (if known): APU
Upon pouring:  pours pink, bright pink! Quite very bubbly head forms quickly but the breaks just as quick. Intense fruity if somewhat artificial in its aroma.
Taste: very refreshing and has a real zing one is struck by this fizzy, pink concoction and its intense fruity flavour. Not as sweet as one would think and reasonably refreshing.

If this were brought without looking at the tin and one expected beer, then you'd be very disappointed.

However, knowing what it is, it's rather pleasant refreshing and enjoyable. This is a happy Sunday afternoon picnic drink with the family out on the grasslands, still has a little alcohol so not driving though (and not for the kids). We know its not beer but thought it would be nice to have something a little different.

I was expecting a sweet syrupy concoction but was taken a trip down memory lane to the 90s and the boom alcopops! 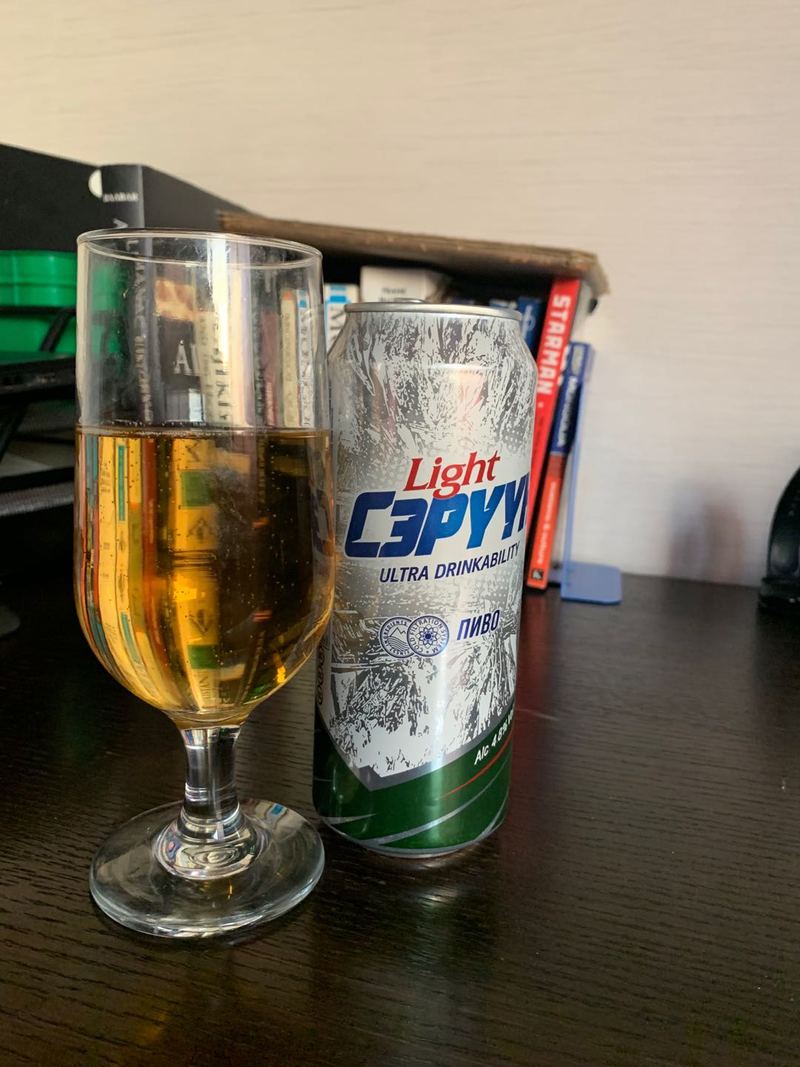