Over 4000 years of Korean history

On September 9th 2020 the DPRK celebrates the 72nd anniversary of its founding.

However, the Korean peninsula has a long history of more than 4,000 years.

First humans on the Korean Peninsula

North Korean sources claim that the Korean Peninsula, more precisely, the Taedong River area centring on the area of present-day Pyongyang is “one of the cradles of humankind” and the first social organizations appeared a million years ago.

Archaeological excavations conducted by Japanese scientists in the 1930s in Hamgyong Province found evidence of hominid inhabitation in the Paleolithic Era dating back more than 200,000 years while artefacts found in South Korean are dating back to 20,825 BCE.

The first settlements on the Peninsula with millet and rice cultivation appeared 8,000 – 2,000 BCE in the Neolithic Era.

The bronze culture was brought in from China and villages with chiefs were formed.

The first Korean state was formed North of the Imjin River (today’s DMZ area) and spanning to the Northwest on the Liaodong Peninsula.

According to Korean mythology, Kochoson (Old Choson) was founded in 2333 BCE at Mount Paektu. This is where Hwanung, the son of the Lord of Haven descended to Earth to regulate humans where he met a tiger and a bear who wanted to become humans.  Hwanung sent them to a dark cave for 100 days where they could only dine on garlic and herbs. The tiger gave up while the bear succeeded and became a beautiful woman who married Hwanung.  From their wedlock, Tangun was born and founded Kochoson the first Korean kingdom.

Historians believe that the ‘foundation myth’ is based on the rivalry of competing for Totemistic tribes from which the bear tribe emerged established a Korean state.

The very existence of King Tangun is disputed by South Korean and Western historiography, however, in the 1990s North Korean archaeologists claimed to found the remains of Tangung at the foot of Mount Taebak in the Pyongyang area. The tomb was rebuilt in 1994, and now open for visitors. 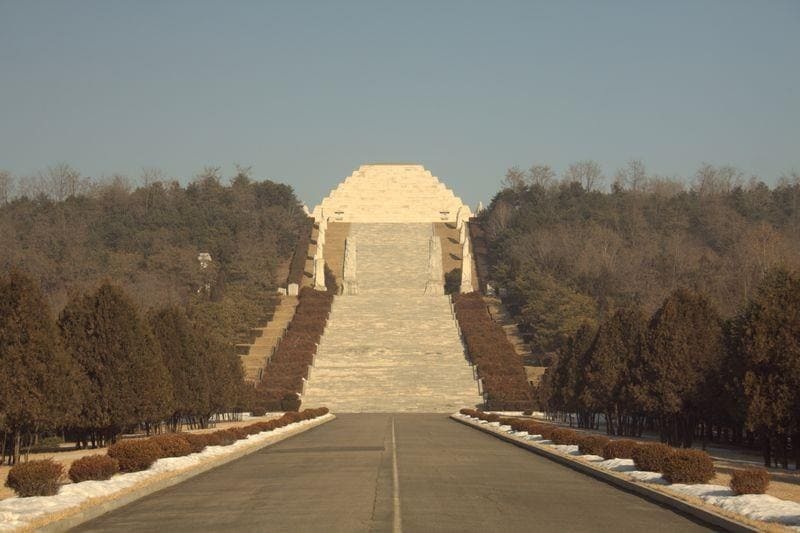 Tomb of King Tangun in the outskirts of Pyongyang

Mount Paektu and the foundation myth are central to Korean identity throughout the whole Peninsula. Even today, South Korea celebrates its foundation day not on 15th August when the Republic of Korea was proclaimed but on 3rd October, the date of the Festival of the Opening of Heaven. During the rule of Syngman Rhee (1948-1960) and until 1961, the official numbering for years in South Korea was according to Dangi that started in 2333 BCE.

It is also to consider why Mount Paektu is central to the North Korean narrative in general and of the Revolution in particular.

Kochoson was a confederation that had a distinctive bronze and iron culture with some sort of writing. It also had laws, was involved in international trade and the economy based on farming, stockbreeding, fishing, and handicrafts.

By 108 BCE Kochoson, became a tributary state of the Hans and was dissolved into Han commanderies.

In the 1st century BCE, three competing states emerged on the Korean Peninsula.

Koguryo (37 BCE–668) in the North that covered today’s Western and Northern North Korean, the Liaodong Peninsula, Manchuria, and the Maritime Province of Russia; Baekje (18 BCE–660) in today’s Southwestern South Korea; and Silla (57 BCE–935) on the Eastern part of the Korean Peninsula. 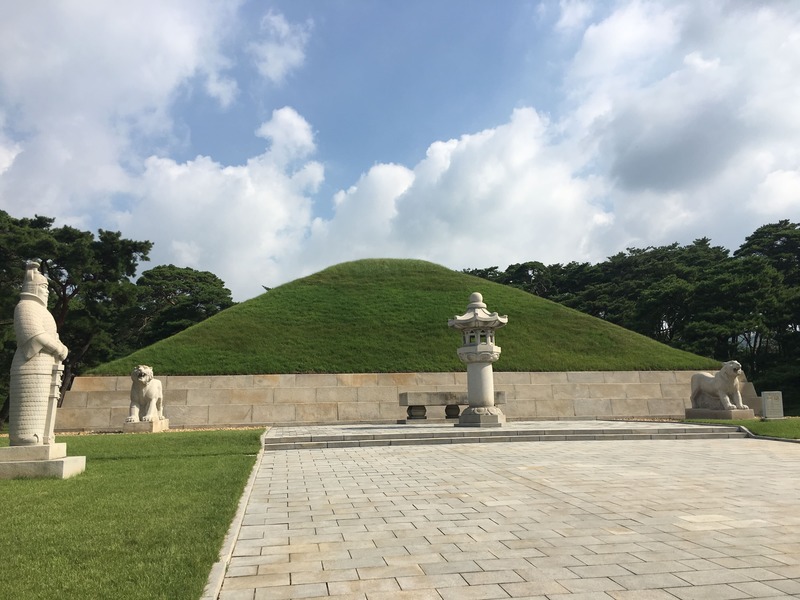 Tomb of King Tongmyong in the outskirts of Pyongyang

Koguryo was a feudal state influenced by Confucianism and Buddhism and was famous for its martial arts, dancing, music, and drinking culture. The tomb of the founder of Koguryo, King Tongmyong is a UNESCO World Heritage Site and can be visited in the outskirts of Pyongyang near the Pyongyang-Wonsan highway.

Baekje was founded by the wife of Koguryo’s king and refugees. It was a Buddhist state and defeated by Silla in 660 when it allied with the Chinese Tangs.

Silla had a caste system and its culture was the least influenced by China although Buddhism and Confucian ethics were influential. It allied with Tang China and defeated the other states on the Korean Peninsula creating the first unified state in 676 that covered the area of today’s South Korea and to some extent North Korea with its northern borders just north of Pyongyang.

During this period there was also a short-lived state on the southern tip of the peninsula, called Gaya (42 - 562). It was federation that was mainly involved in maritime trade and ironworking.

The origins of the traditional Korean clothing, chosonot (hanbok) and ondol (floor heating system) date back to the period of the Three States.

Short after the unification of the rival states and the formation of Unified Silla in 676, refugees from Koguryo managed to drive out the Tang forces and created a new Confucian state on the territory of former Koguryo under the name of Balhae which meant the start of the Northern and Southern States Period in 698.

In the 10th century, rebellions broke out on the territory of Unified Silla that broke up into three kingdoms, again; Later Koguryo, Later Bakje, and Silla led by feudal warlords.

In 918, King Wang Kon founded Koryo in Kaesong and by 936 unified Korea once again. On its Northern boundaries the Great Wall of Koryo was built that was spanning from the Amnok (Yalu) river (in the general area of today’s Sinuiju) in the West to the East Sea (Sea of Japan) where today’s Hamhung is.

The name of Korea in western languages originates from Koryo. 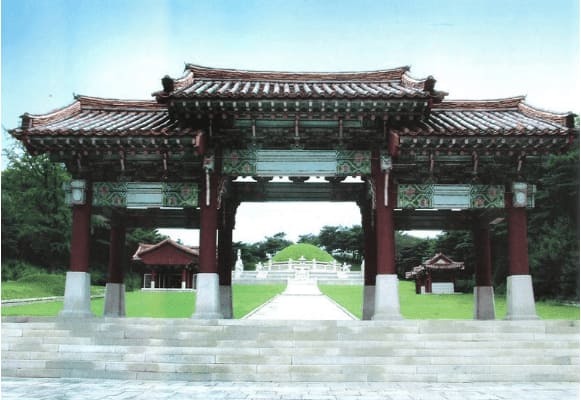 It was feudal state based on Confucian and Buddhist traditions we constant threat from the north, first by the Khitan people (10th–11th century), then by the Mongols (13th century). By 1270, Koryo became a tributary state of the Mongols.

In the 14th century the Mongols lost their influence in China where the Ming Dynasty was on the rise.

In 1388, Koryo sent an expeditionary army to the North led by Ri Song Gye to extend its territory to the northern parts of former Koguryo. However, Ri Song Gye turned its army back at the Amnok River and head to the capital to seize power as he believed that Koryo should cooperate with the Mings instead of the Mongols.

In 1392, he established Choson overthrowing the Koryo king and moved its capital to Hanyang (today’s Seoul) in 1394. 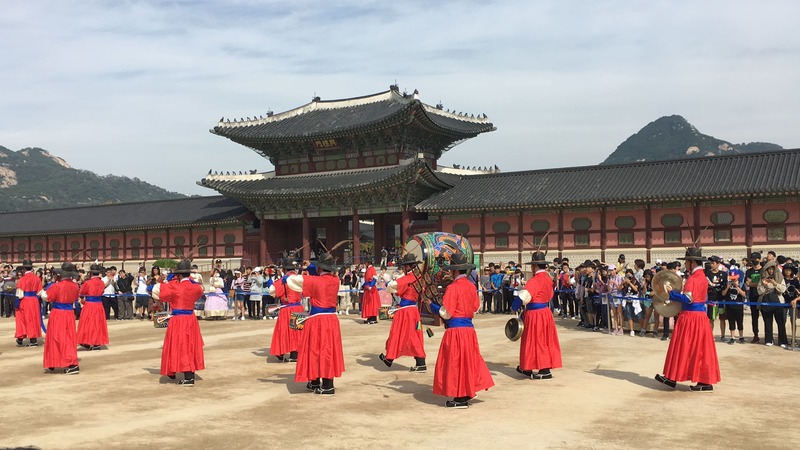 Gyeongbok Palace, the home of the Choson monarchs since 1395

From this period, Choson became a tributary of the Mings and later the Qings in 1637.

During the Choson period, Neo-Confucianism became dominant which also meant a shift away from Buddhism.

Throughout its 500 years of history, Choson faced various challenges both from outside (the Imjin Wars with Japan in 1592–1598, Manchu invasions in the 17th century, Western and Japanese imperialist efforts in the 19th century) and the inside (emerging political factions and power struggles since 1575).

At the end of the 19th century, China was gradually lost its influence over the Korean Peninsula and Korea became a theatre for the rivalry between China, Russia, and Japan. In the meantime, Western powers were also struggling to gain economic access to Korea.

The end of the 19th century was also the years of tumultuous domestic events (military uprising, peasant war, and domestic reforms somewhat similar to the Meiji Restoration in Japan referred to as the Gabo Reform that abolished feudalism and marked an end of Chinese influence) providing excuses for both China and Japan to intervene.

The First Sino-Japanese War was primarily fought for the influence over Korea and to some extent also on Korean soil – in part as an intervention to the peasant war. The Treaty of Shimonoseki in 1895 that marked the end of the war also meant the end to the vassal status of Korea from China.

In 1897, the Korean Empire was declared. Although Korea was now completely independent from China, Japanese influence was gradually growing.

In 1905, after the Japanese victory in the Russo-Japanese War, a Protectorate Treaty was signed that meant the loss of Korean sovereignty in foreign policy and diplomatic matters, and a Resident-General of Korea was appointed.

Two years later, the Korean army was disbanded, a new emperor proclaimed, and Japanese vice-ministers appointed in the Korean government.

In 1908, a quasi-colonial institution, the Oriental Development Company was established in Seoul.

On August 22nd 1910 the Annexation Treaty was signed and Korea became a part of the Japanese Empire.

A Japanese Governor-General was appointed and all Japanese appointees for posts in Korea came from the military.

Korea seized to be an independent state and the Japanese colonial period left unhealed scars and defined the fate of the Korean Peninsula until today. 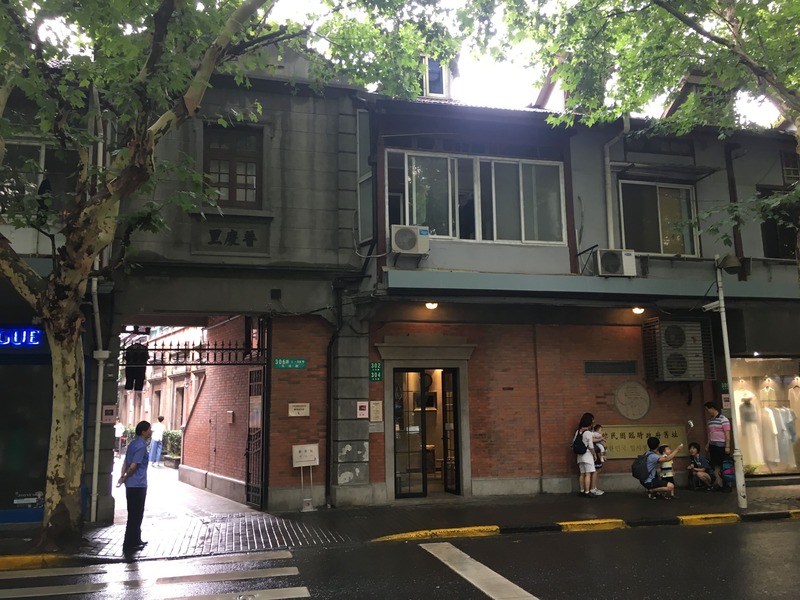 Site of the Korean Provisional Government in Shanghai

On August 6th 1945, the US dropped the first atomic bomb in Japan on Hiroshima – in which many Korean forced labourers also died – and the Soviet Army launched a military campaign in Manchukuo on August 9th, the same day the second bomb was dropped on Nagasaki.

At the Potsdam Conference, the Allied Forces agreed to divide the Korean Peninsula along the 38th parallel, north of which the Soviets will disarm the Japanese while south of it the Americans, forming two occupation zones.

On August 15th Emperor Hirohito announced the surrender of Japan to the Allied Forces, and as a result, Japanese colonial rule ended in Korea.

After 15th August 1945, the Japanese Governor-General initiated the formation of a temporary administration in Seoul led by a Korean leftist opposition leader. As a result, people’s committees were formed and the Korean People’s Republic (조선인민공화국) was declared on 6th September with a coalition government. The head of state would have been the former president of the Provisional Government and first president of South Korea, Syngman Rhee, while Kim Il Sung the first leader of North Korea would have been the Secretary of Defense. The Korean People’s Republic was outlawed by the US Military Government after the US landing at Incheon on 8th September by the order of Douglas MacArthur.

In December at the Moscow Conference of Foreign Ministers, the US and the Soviet Union agreed on a 4 years trusteeship of the Korean Peninsula with two occupation zones in the South and the North, respectively.

From 29th December 1945, an anti-trusteeship movement started in South Korea and in the midst of political turmoil in the South a guerilla war evolved.

On 10th May 1948, the south held UN-sponsored elections and the US Military Government ended by the foundation of the Republic of Korea (대한민국) in Seoul on 15th August with Syngman Rhee as head of state (NB: Syngman Rhee wanted to create a separate state in the south as early as 1946). 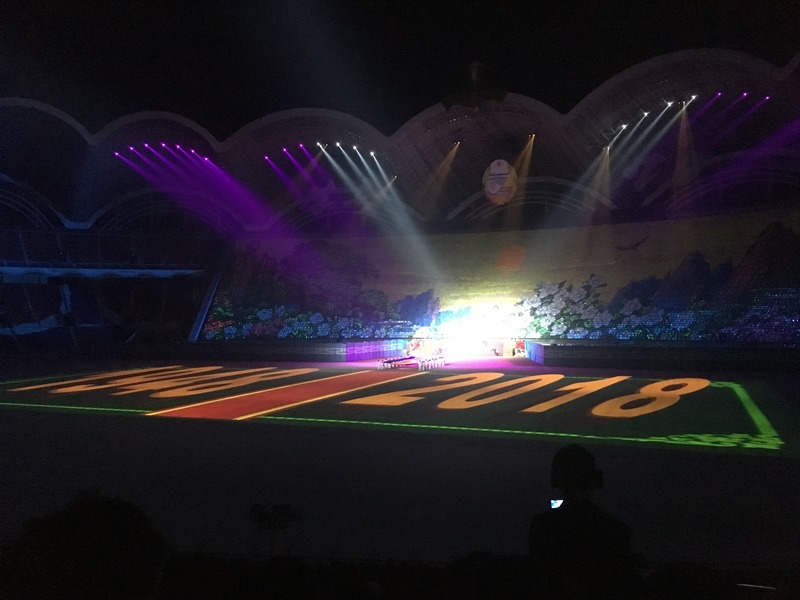 After the elections to the Supreme People’s Assembly on 25th August, the Democratic People’s Republic of Korea (조선민주주의인민공화국) was founded in Pyongyang on 9th September with Kim Il Sung as head of state.