How is it that in Ulaanbaatar, Outer Mongolia within a leafy suburb, a small museum honours this Soviet Giant?

Georgy Konstantinovich Zhukov was not only one of the Soviet unions top generals but was to go on and become minister of defence for the Soviet Union. During the Second World War, Zhukov was to oversee some of the Red Army's most decisive victories.

So how is it then that in Ulaanbaatar, Outer Mongolia within a leafy suburb, a small museum honours this Soviet Giant? 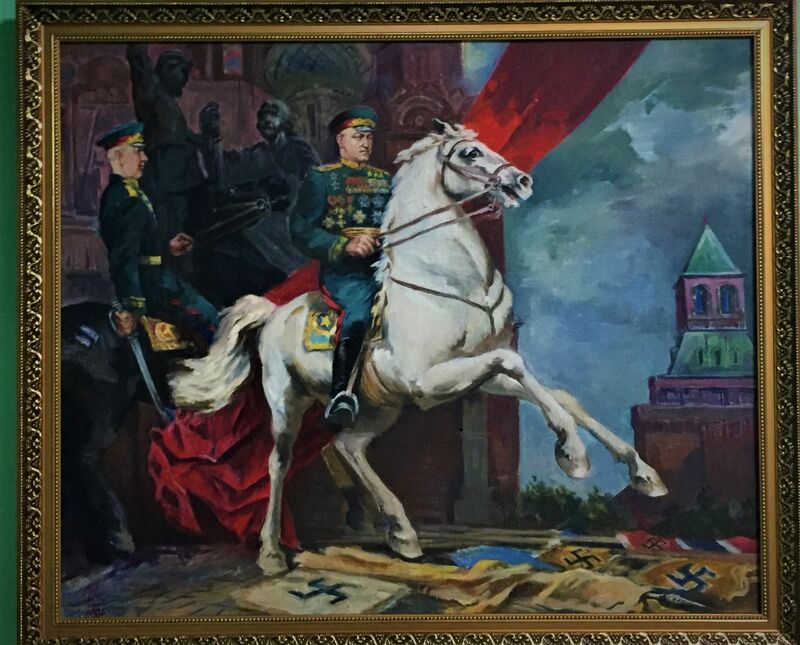 1938 in an area of the world little known outside Mongolia on a border unknown to Mongolians a decisive battle was to occur.

At this time the Japanese Kwantung Army occupied large areas of China, particularly the State of Manchuria. This area of land borders a large part of Mongolia's Far eastern border area.

Whether they were testing for weakness or made an honest error on May 11th 1939 things would come to a head. At this time a Mongolian Calvery unit of around 70 men would cross into a disputed area. The Mongolians later claimed that they had entered this area looking for good grazing for their horses. Whatever the reason this was to be the prelude to the battle at Khalkhin Gol as the Japanese attacked.

As May passed the situation was to escalate with several battles taking place. Outer Mongolia at that time was a Soviet satellite aligning itself with the Soviet Union. The forces operating within the Mongolian territory were under a direct command from Moscow. As the Japanese were making advances all across Asia, the Russians were worried.

Stalin decided it was time to act so he sent Zhukov to the region, once in Mongolia Zhukov was given a small house in the nation's capital Ulaanbaatar this was where he lived and work for two years.

Zhukov was to oversee the battle taking place between the Soviet Army and the Japanese. Although no official declaration of war was ever announced, this was indeed a full-on battle and one that would have severe consequences for the upcoming theatres of action on the horizon.

The Soviet Army had close to 60,000 Soldiers whilst the Japanese 30,000 although the later was said to be some of the world's best trained.

As the war raged on, there were attacks and counter-attacks by each side although with the aid of tanks and Zhukov's handling of his forces the Soviet army was eventually to prove victorious. 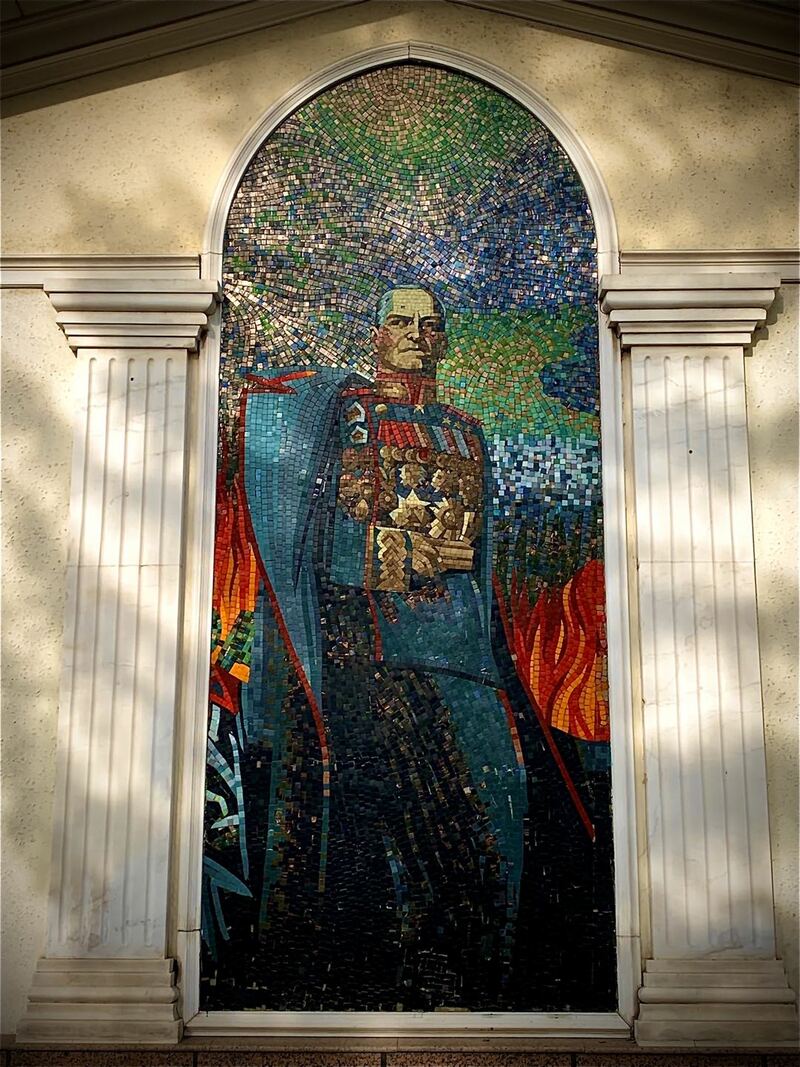 In 1969 the Mongolians awarded Zhukov the title of Hero of the Mongolian People's Republic. From his experience in Khalkhin Gol Zhukov took what he had learned and used it to defend Moscow and keep the Germans at bay in the battle of Stalingrad. Zhukov was eventually made Marshal of the Soviet Union after leading the final assault into Berlin at the end of the second world war.

On August 19th 1979, the Mongolians established a museum named after Marshal Zhukov, Hero of Mongolian People's Republic and Russian Federation, to commemorate the 40th anniversary of Japanese defeat Kwantung Army at Khalkhin Gol. The museum was opened within the house where Zhukov lived with his family in Ulaanbaatar.

From the outside, one can not help but notice that this house was once the great Marshal Zhukov's home. Within the garden sits two small canons whilst either side of the entrance is two very colourful mosaics one is depicting the marshall himself and the other showing St George slaying a dragon.

If your unsure that this is indeed the house then there's a marble slab at the entrance which tells us "Georgy Zhukov lived and worked in this house 1939-1940."

Once inside, the museum is a tidy, well-kept affair with exhibits that include maps, weapons and uniforms used within Khalkhin Gol. There are also some of Zhukov's belongings including more medal adorned uniforms and some paintings and photos taken at the time of the battle. A diorama also shows the battlefield's layout with the soviet command centre and models of some of the aircraft and tanks used. Upstairs is also an office and desk perhaps where the Marshal himself once sat. The Marshal Zhukov museum is located in the former Russian district of Ulaanbaatar. It's difficult to spot as it has a tree-filled garden at its front; if you do sail on past, you can't miss the large bust of this soviet giant in the open square to the west.

The museum is open daily from 9 am – 5 pm closed Tuesdays.

We recommend taking an excellent local guide as there is no signage or information in English.

When Zhukov was summoned to Moscow for a briefing on the Japanese incursion into Mongolia, he initially thought he was to be purged; This wouldn't have been a surprise as many army commanders had been executed or sent to the gulags in 1936 and 1937.

The Memorial statue raised in Ulaanbaatar is the first ever devoted to Marshal Zhukov, as Russia did not build a statue in his memory until 1995 in Moscow.