The Flag pole was to hold its Guinness book of world records crown until the Jeddah Flagpole took 1st place in 2014 with its 171-metre high giant. For me, though there is something special about the flag in Dushanbe.

When visiting the capital of Tajikistan Dushanbe, many people are struck by the Dushanbe flag towering above Dushanbe's centre.

As a developing city, Dushanbe still has a lot more growth to come, as is evident by the number of construction sites. For the time being, however, the flag at the centre is still one of the most dominating structures.

Well, only if you have visited the flag pole in Jedda Saudi Arabi since 2014.

At the current time, Dushanbe's flag pole is officially the worlds second tallest.

Why The Large Flagpole?

At the cost of 3.5 million USD, the flag pole was erected to celebrate Tajikistan's 20th anniversary of independence September 9th 2011.

Along with the unfurling of the flag, 10,000 Tajik troops held Military parades throughout the city.

The event attended by officials from Russia, Afghanistan, France, Iran and India as well as the flag a further 210 Million USD was also spent on additional construction projects for the anniversary. 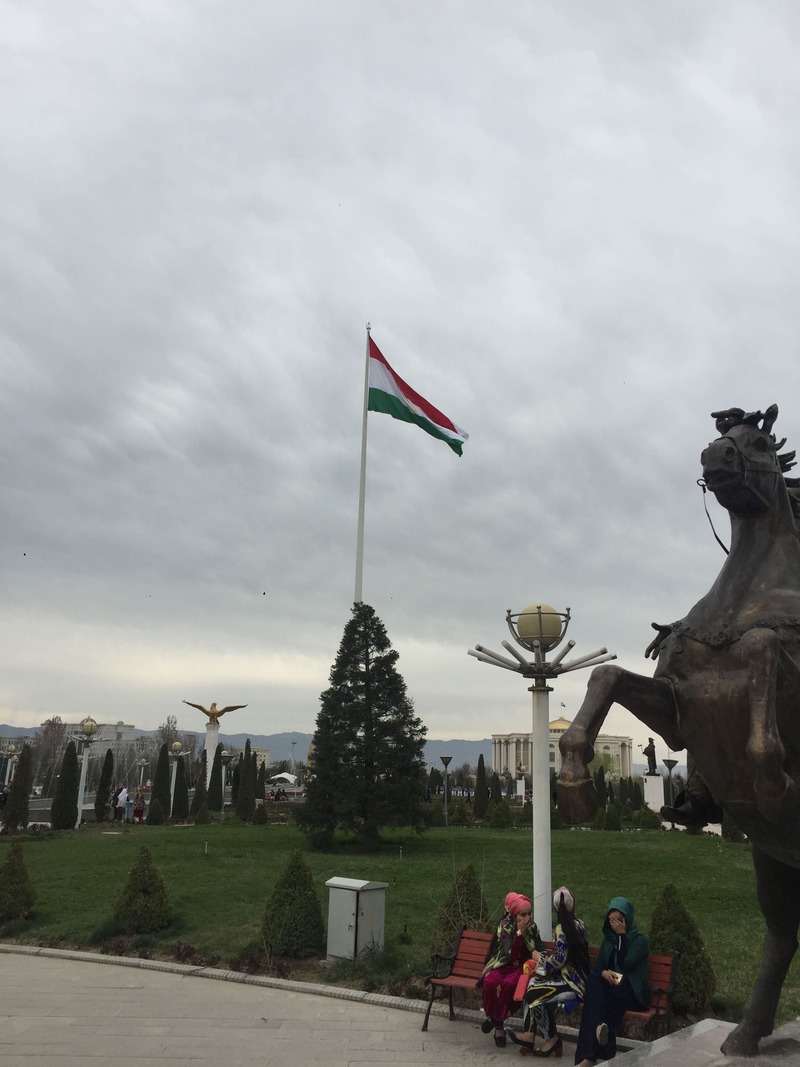 The San Diego-based Trident Support constructed the flag pole at Dushanbes heart. They were also responsible for the construction of the former record-holding pole in Baku Azerbaijan.

There may have been a few puzzled looks in Baku as Trident Support completed the pole in Baku in 2010 then completed Dushanbes entry less than a year later.

The actual pole was made in 12-meter long sections these were then assembled on-site by crane.

The project took around five months to complete and incorporates the following:

The first test flight of the national flag took place in May 2011 it must have been a real spectacle as the 30 m × 60 m national Flag of Tajikistan was lifted above the capital of the nation Dushanbe.

How Long is Dushanbe's Flagpole?

The Flag pole was to hold its Guinness book of world records crown until the Jeddah Flagpole took 1st place in 2014 with its 171-metre high giant.

For me, though there is something special about the flag in Dushanbe. I do love to sit within the Shadow of this billowing giant watching life go by in the park below, especially during a national holiday celebration.

In case you were wondering we have the current list of top five record-breaking flagpoles.

At 170 metres, the Jeddah Flagpole in Saudi Arabia is the current king of the poles.

It is found at the centre of King Abdullah Square in Jeddah. Responsible for the design and building of the award winner are the Abdul Latif Jameel Community Initiative and Al-Babtain Power & Telecom.  As above is was built and erected in September 2014, Upon its construction, the Jeddah Flagpole was to relegate the Dushanbe Flagpole to second place.

Since 2011 Tajikistan had carried the flagpole crown with their 165 metres giant located at the heart of the capital Dushanbe.

The worlds now third tallest flagpole briefly held the crown in 2010 but was swiftly knocked of the top sport by Tajikistan. Azerbaijan's entrant is found in the appropriately named National Flag Square in the city square of Baku.

Although at the current time the Azerbaijan winner is officially not flying with rumours of safety or a possible taller affair being added.

Now with Azerbaijan not flying, they may move back to third place claiming a fine bronze in the battle.

This 133-meter giant was raised to celebrate 20 years of the countries independence.

This is based solely on the size of a countries pole, we haven't taken into account whether it is supported by scaffolding, held wires or kept erect by any other means.