Who won the Korean War? North Korea? South Korea? The US? China? Someone else?!

Let's take a look at all of the sides and what happened...

The Korean War concluded in an armistice agreement with the result that the belligerents are still technically at war.

Estimates vary but approximately 3 million people lost their lives. Around 70% of them were civilians.

Most of the major cities in Korea were destroyed. North Korean cities were bombed to the ground.

One might say that no one won the Korean War. Indeed, that there are no winners but millions of victims.

On 25 October, the Chinese launched their offensive and as such entered the war that is known in China as The War to Resist U.S. Aggression and Aid Korea (抗美援朝).

On 5 December, Communist forces recaptured Pyongyang and continued their advance towards the south and by 25 January 1951 reached the 37th parallel.

In March 1951, South Korean and UN forces recaptured Seoul and pushed back the Communist forces as far as the 38th parallel.

By July 1951, the War reached a stalemate but trench warfare over the same territory (it was not uncommon that one force seized control over a peak during the day only to lose it by the evening) continued along the 38th parallel. Did China win the Korean War (for North Korea)?

When China entered the War in October 1950 the majority of North Korean territory was under South Korean and UN control.

In about 3 months, the Chinese recaptured North Korean territories including the capital Pyongyang and advanced into Southern territories as far as the 37th parallel.

The entry of China was the second – and one might say final – major turning point of the Korean War.

With Chinese help, North Korea managed to regain its territorial integrity and maintain its sovereignty.

67 years after the Korean War, China is bordered by a rouge ally-state.

The entry of the US (officially the UN but 90% of the UN Forces were made up by American troops) was the first major turning point in the course of the Korean War.

In October-November the battle lines had changed continuously but UN forces managed to take control over a massive portion of North Korean territories till Chinese forces gradually pushed them out of Northern territories by the end of December.

The US launched a massive aerial bombing campaign of North Korea (sporadically extending it to Chinese territories along the Korean-Chinese border) resulting in almost complete destruction of North Korean cities. 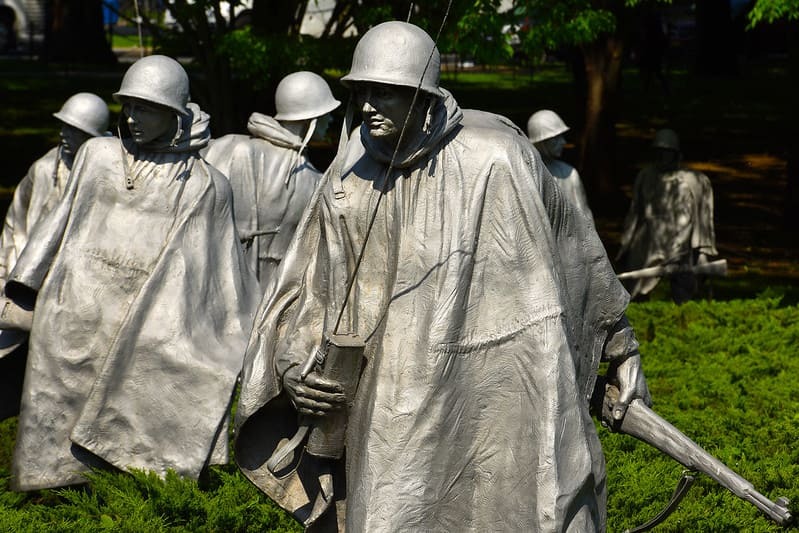 Did the US win the Korean War (for South Korea)?

With US help the annihilated South Korean forces managed to regain the territorial integrity of South Korea and maintain its sovereignty.

The US defended its capitalist ally on the Asian continent on the strategically important Korean Peninsula.

At 04:00 hours 25 June 1950, the Korean People’s Army (조선인민군) crossed the 38th parallel and the Korean War known in the North as the Fatherland Liberation War (조국해방전쟁) started.

By August the South Korean Army and UN forces were pushed back to the Southeast corner of the Korean Peninsula with the frontline being around the Busan Perimeter.

When US troops landed behind enemy lines in Incheon on 15 September, North Korean forces controlled the vast majority of the Korean Peninsula.

North Korean forces were unable to launch a counter-offensive till the Chinese Volunteer Army entered the War. 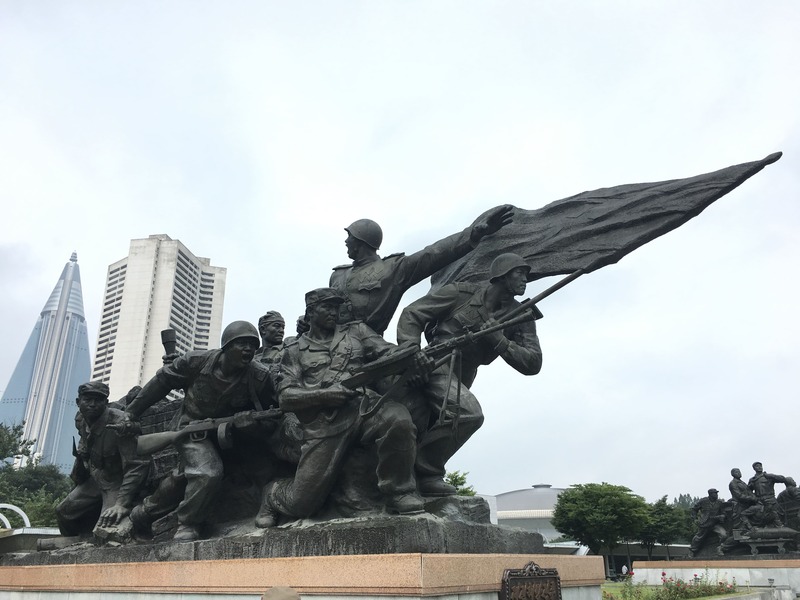 Until UN forces joined the War the vast majority of the Korean Peninsula had been “liberated” by the KPA.

However, by spring 1951 the battle lines were more or less along the original pre-War border.

In political reality, nothing really changed.

But millions of lives were lost and cities were bombed to the ground.

What About the North Korean Narrative?

The War Museum in Pyongyang is known as the Victorious Fatherland Liberation War Museum (조국해방전쟁승리기념관).

July 27 – the date when the Armistice Agreement was signed in Panmunjom in 1953 – is known as Victory Day (조국해방전쟁 승리 기념일).

These are all consistent with the North Korean narrative.

The North Koreans state unambiguously that the US started the war and therefore believe they won the Korean War as they managed to maintain their territorial integrity and sovereignty in spite of  US aggression.

However, this point of view is certainly not accepted by the UN who state the North Koreans started the war. Russian documents that have recently come to light throw more light on this, but certainly the North Koreans are not going to change their opinion.

The President of South Korea, Syngman Rhee had many times voiced his ambition to attack North Korea and to unify the Korean Peninsula under his regime.

As a result, the US kept the Republic of Korea Army at low-scale.

Most of the US Forces stationed in Korea were withdrawn in 1949.

South Korean Forces were annihilated within two months into the war known in South Korea as the 6•25 War (6•25전쟁).

By 18 August 1950, the South Korean government moved to Busan and had only control over the Southeastern tip of the Korean Peninsula.

The South Korean Army was unable to launch a counter-offensive and was in continuous defence until the Incheon landing of UN forces.

However, with significant UN help, it managed to regain its territory and maintain its sovereignty. 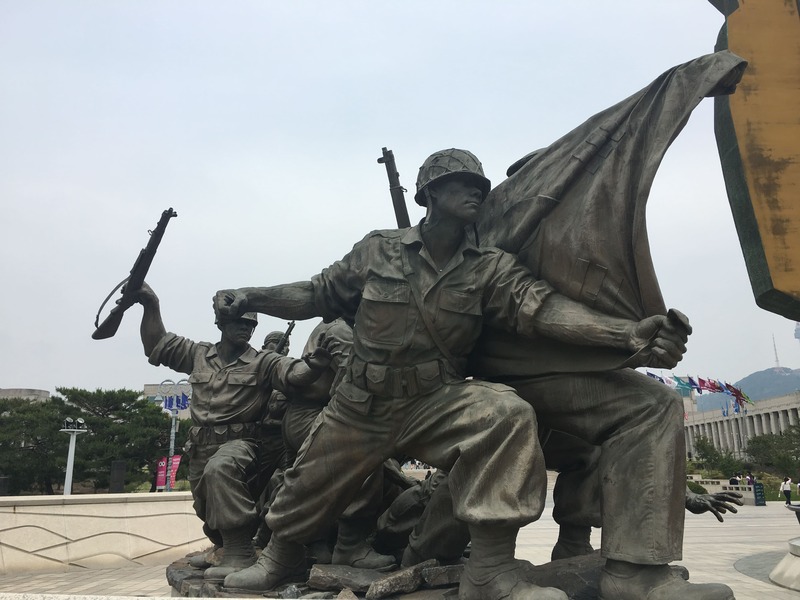 After the war, the US set up the Korea Relief Fund that gave monetary support to South Korea.

By the end of the 20th century, South Korea transformed from a developing country to a developed country and an economic powerhouse; and from a military dictatorship to a democracy.

67 years after the Korean War, more than 20,000 US military personnel are still stationed in South Korea.

Well, above we have presented the facts. Maybe there are no winners? All winners? No losers? All losers?

Have a read and decide. Or not. Let the facts leave an inconclusive conclusion - if that doesn't frustrate you too much!