What are the 13 places you must-visit in Pyongyang?

Pyongyang is unique in many ways. Once the ancient capital of Korea, Pyongyang remains the capital of modern North Korea. After the Korean War and the destruction it caused throughout the city, leaving pretty much nothing left, Pyongyang had a big task ahead of itself.

The result of which is what we see today; A completely modernised Pyongyang with revolutionary sites, memorials, cafes, bars, wide boulevards, parks, towering blocks of flats, and much more.

Note: This is not necessarily your conventional list of typical sites you will visit on a trip to North Korea (although some of them are). If there is something on this list you particularly wish to visit then make sure to talk with us! 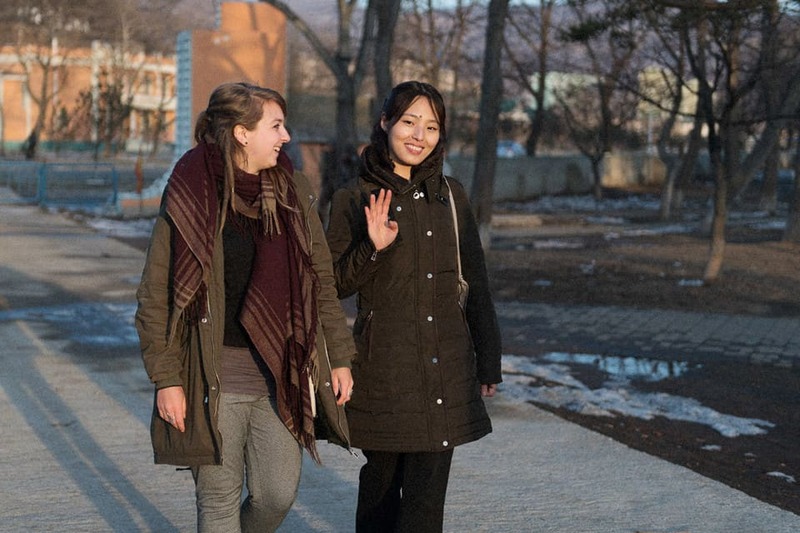 Perhaps the second most recognisable place in Pyongyang, Kim Il Sung Square is often featured in the media as it is where military parades take place. In the background, you can see the large portraits of the two leaders mounted on the Grand People’s Study House (see below) building. No trip to Pyongyang is complete without a walk around Kim Il Sung Square

Once a topic in the media of tourists being forced to go here, it’s actually quite the opposite. This is one of the most sacred places for North Koreans and if you don’t want to go here to pay your respects then they certainly will not force you into it. In fact, you’re very welcome to remain on the bus if you wish.

Nevertheless, this monument stands tall on the Pyongyang skyline and is one of the most recognisable places in North Korea, showing the large bronze statues of both Kim Il Sung and Kim Jong Il. 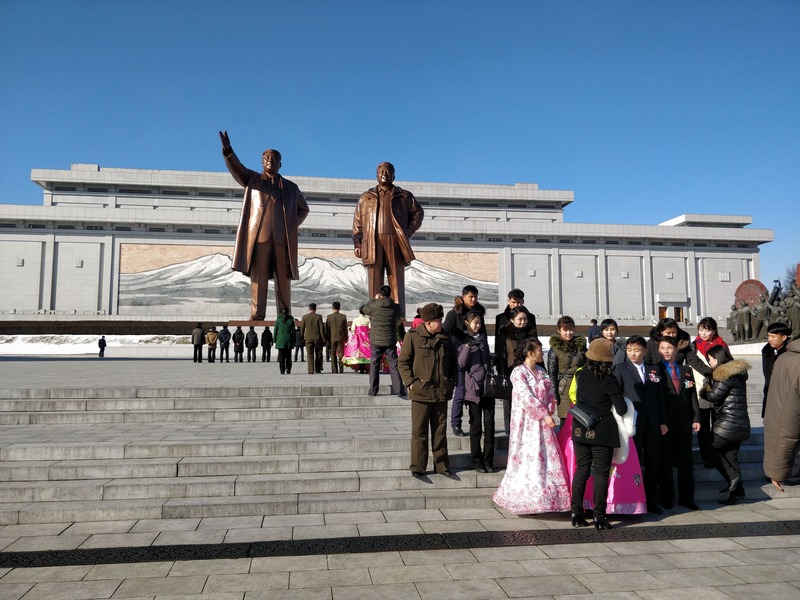 With some of the most magnificent architecture in the DPRK, the Grand People’s Study House is a must-see.

This is the national library of North Korea and it houses thousands of both Korean and foreign books. Students and older people come here to study, and they also host free language classes open to everyone.

With 360 degree views of Pyongyang, you can’t go wrong with the Juche Tower - especially on a clear day.

Recent news had it that tourists were not allowed to take photos from the top anymore. We don’t know if this will be a permanent or temporary rule, but photos or not, it’s worth the journey to the top! 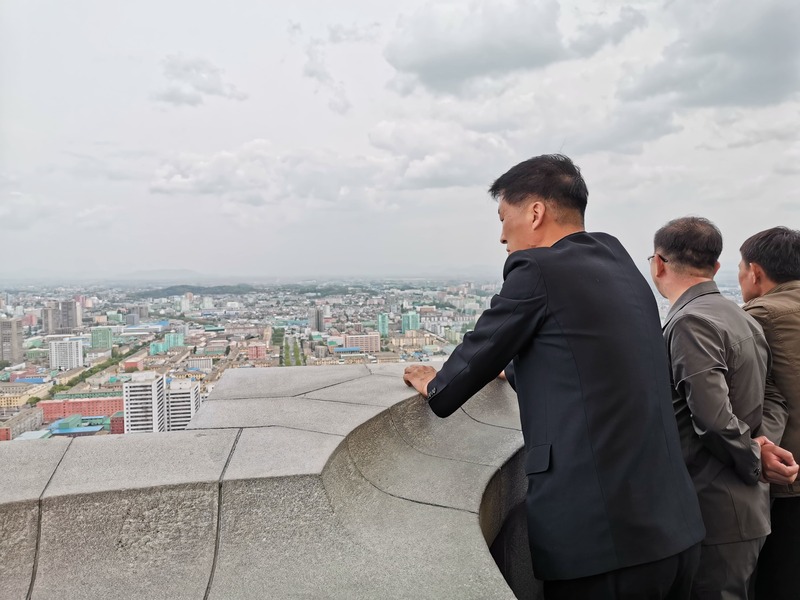 The North Korean Arch of Triumph (개선문 | 凱旋門) is a 60-meter stone archway built to commemorate the role of President Kim Il Sung in the ‘Anti-Japanese Armed Struggle’ and the liberation of Korea from Japanese colonial rule in 1945.

It’s actually taller than the one in Paris, and from the top offers some more great views of Pyongyang.

You’re likely to drive past this a few times, so don’t worry if you don’t actually get to get off the bus to take pictures.

Another must-see monument full of history and symbolism, the Party Foundation monument is made up of a massive granite hammer, sickle and calligraphy brush — symbols of the Workers Party of Korea (WPK). The hammer and sickle symbolize the worker and farmers of ‘traditional’ communist ideology, while the calligraphy brush represents the intellectual class.

Behind this monument is also an art gallery you can choose to visit.

The largest stadium in the world - you don’t need much more reason to go. Except if you’re lucky enough to go during the times when the Mass Games is on, since this is where the games are held.

You can ask us to book a tour around the stadium, but this must be done as extra as it is not usually included in the itinerary.

One of the best times to have fun with the Koreans when they’re relaxed and having a break - plus, it’s a funfair! What’s not to love. Feel free to walk around the funfair or have a go on the rides (if you’re brave enough!).

Tip: If you are brave enough to go on some of the big rides, you can get some killer views of Pyongyang!

The USS Pueblo is an American espionage vessel, seized by North Korean military forces off the east coast city of Wonsan on 23rd January 1968.

Now, the USS Pueblo is moored next to the Victorious Fatherland Liberation War Museum (see below), on the Potong River, in central Pyongyang.

A trip to the war museum allows you to go aboard the USS Pueblo and explore the various rooms inside, as well as getting an explanation from the local guide.

Here, you can then visit…

One of the most impressive buildings in the DPRK, a tour around this place will leave you very speechless. Unfortunately, no photos are allowed inside.

Here, you can get a good understanding of North Korea’s side of history and see the Korean War through their eyes.

Is it real? Is it fake? See it for yourself!

The Mansudae Art Studio is a major art production centre and exhibition located in Pyongyang, North Korea. It is estimated to be one of the world’s biggest art producers — if not the biggest.

On a trip here, you can have a. Look around the studios and see some North Korean art. You may be lucky enough to see some artists at work!

A bit of fun in the capital!

Challenge your fellow travellers or North Korea tour guides to a shoot-out (with some real guns) or have a go on the electronic games machines - or simply watch your comrades from the viewing seats making fools of themselves trying to hit targets!