Sinuiju is the provincial capital city of North Pyongan Province and the main overland port of entry for tourists and foreign trade. The city has grown substantially due to the importance placed on international trade, especially with China.

Uiju was an administrative and military outpost for the borderlands between Korea and China and was a significant location during the Koryo-Ri dynastic transition in the late 14th century.

Tongrim is a small town in the region ideal for overnight stops. 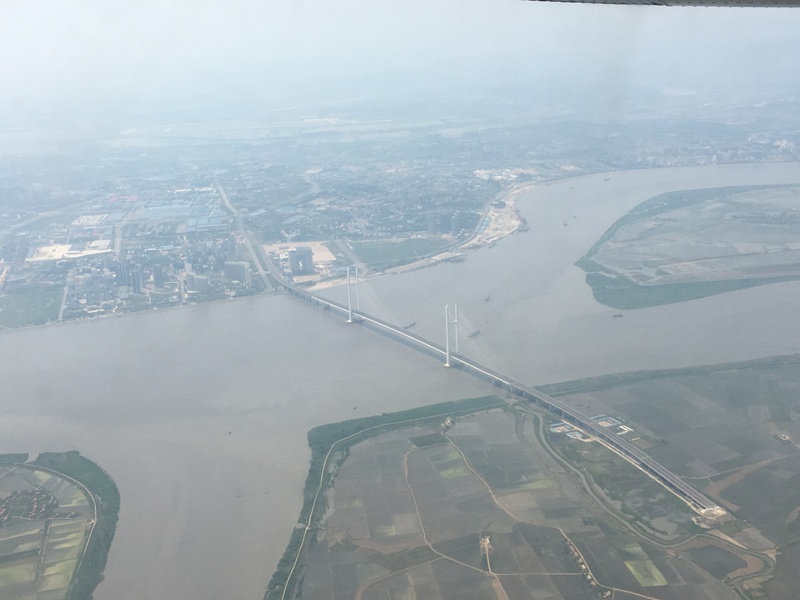 Tour this large and locally famous facility with a stunning performance by some exceptionally talented children. This school has a reputation in North Korea for training acrobats and performers from a very young age.

Get a glimpse at the agricultural process in this fertile part of the country. From the viewing platform at the farm, there are spectacular views of the Yalu river crossing between Sinuiju and Dandong in China (known as the Amnok river in Korea) including the unfinished ‘Bridge to Nowhere’, or 'Dandong Broken Bridge'.

A narrow park running through the city centre and along the railway lines. Depending on the weather you can play games, mix with locals have a splendid picnic in this picturesque location.

The Sinuiju Cosmetics Factory has over 70 years of history and produces over 270 types of cosmetics. Rebuilt in a new location in January 2001 on Kim Jong Il’s recommendation, it is now reportedly the largest cosmetics factory in the DPRK.

Enjoy an array of musical and arts performances, both traditional and modern, while sitting outdoors along the Yalu (Amnok) River and looking into the Chinese city of Dandong. Observers can purchase flowers to present to their favourite performers and afterwards have a group picture taken with all the performers, which can also be purchased onsite.

The North Pyongan Provincial Revolutionary Museum is devoted to the history of revolutionary activity in the area, including various materials related to the leaders’ activities and exploits in the region. The museum provides guests with a good introduction to the importance of this frontline city regarding the Korean national narrative.

The Sinuiju History Museum, founded on 30 November 1947, exhibits historical remains from prehistoric times to the modern ages, antiquities excavated and collected in the province, and materials related to the historical narrative of the region.

A monument in Sinuiju on a public display of three large, mosaic panels showing the 'Three Generals- President Kim Il Sung, General Kim Jong Il and Kim Jong Suk. The three together are represented as the epitome of the royal Paektu bloodline, which has played a leading role in the narrative of the DPRK’s revolutionary history. Chinese-built hotel in the town of Dongrim (90 minutes from Sinuiju). A modern, decent hotel which is currently the only option for foreigners in the area.

Ideally located in the centre of Sinuiju. Retro-styled and fun place. Unfortunately, the hotel is closed to foreigners at the time of writing however the restaurant is still open to visitors. 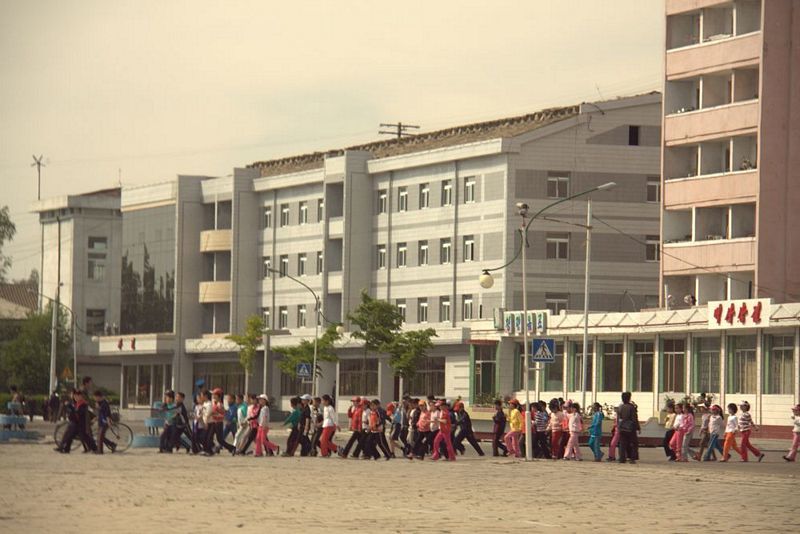 Sinuiju, Dongrim and Uiju are accessible by train from Pyongyang which takes around 6 hours.

It is possible to visit Sinuiju on a day trip by crossing the river from Dandong. Most foreign trips to North Korea by train pass through Sinuiju so it is well connected by rail.

It is also possible to charter an Air Koryo flight from Pyongyang to Uiju airfield.

You can add on a Sinuiju extension to your North Korea tour to see this interesting border town.