The Sinuiju Folk Park is a narrow strip of land that runs along the railway line from Sinuiju station for a little over 1km is designated as the local folk park.

Many tourists entering or exiting the DPRK by train will have looked out of the window of their carriage over this park and on good days may have gotten some waves from some of the kids and old-timers who can often be found in this area.

Very few visitors have ever actually set foot in the park though, and there are some fun rewards for those who do. 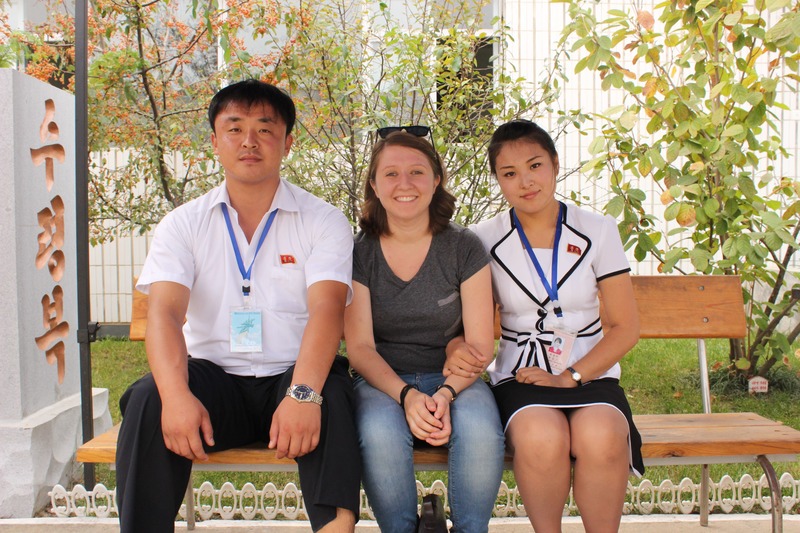 The Sinuiju Folk Park is located in Sinuiju, on the North Korea - China border.

It is visible from the train that exits North Korea via the Friendship Bridge to Dandong in China.

The park runs from the railway station down to the site of the newly erected (2012) Immortality Tower.

The park is small but in spring and summer, there are various stalls offering activities such as pop-gun shooting, see-sawing, and so on.

There are also various small pavilions to rest under, and a lot of local life being carried out here too; take the chance to interact with people, a highlight of the visit usually!

The park was renovated in 2013 to make it somewhat more attractive but has retained some of the odder spots such as an artificial ‘mini Mt. Kumgang’ and some stone benches and picnic areas.

A few of the additions include a golf driving range (which isn’t really one, it’s a shack renting clubs and balls with a net to hit them into about 10 feet from the tee), an archery range (again not really, more a spot for shooting plastic arrows and cork-rifles at targets, the same as are found all over the place in Pyongyang), and a few drink and snack sellers plying their wares.