Continued! - The fascinating story of North Korea's most famous car brand and factory

A turning point in the history of Pyeonghwa Motors was reached with the withdrawal of the original major partner, the unification Church (the Moonies); what would happen now? A new international partner was not something that would be easy to find and it would also be hard for the North Koreans to continue without foreign capital and technology.

At the 16th Pyongyang Spring International Trade Fair in 2013, the DPRK surprised with 36 (!) new Pyeonghwa models. A clearer study of the vehicles though confirmed that they were all Chinese made vehicles, rebadged with Pyeonghwa logos and given new names.

These new cars were accompanied by an amazing number of one-page leaflets. 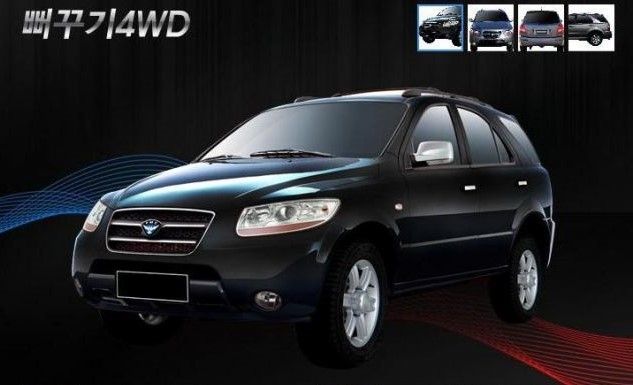 This author was informed by the FAW (First Auto Works) in Changchun, China that many of the cars on display in Pyongyang were made by them or by their joint-venture with Volkswagen. They further stated that all the cars were collected by an FAW car dealer in Shenyang named Liaoning Huihua Corporation. This company had even taken care of the Pyeonghwa badges to re-brand the cars in question. 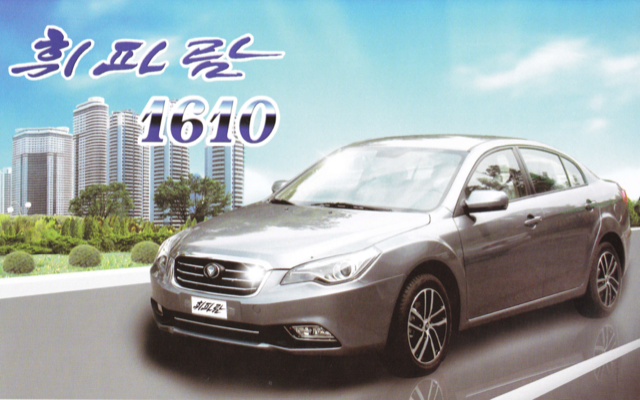 Missing: (other cars with Pyonghwa logo): 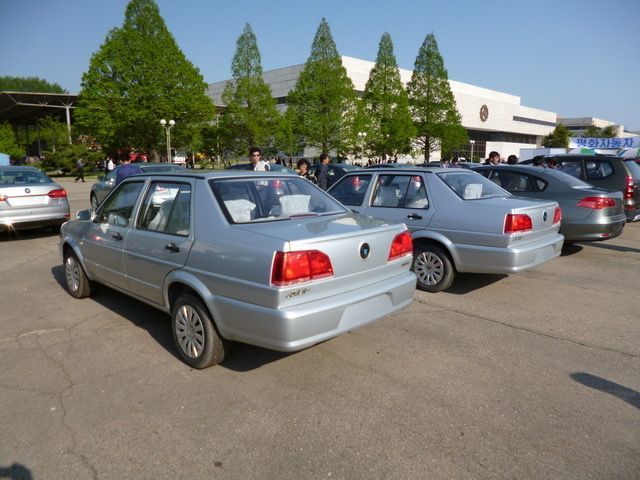 When asked about this, the North Koreans present at the Pyeonghwa Motors booth at the Trade Fair insisted that the cars were made in the DPRK.

A friend of mine reacted: “Looks like PMC (Pyeonghwa), like computer hardware/parts shops in Asian bazaars, is importing anything and everything they can lay their hands on and pretty soon they can boast of a line-up with more models than the number Toyota sells worldwide, although it is true some of the vehicles listed above are not even sold in China anymore :-)
Which raises the questions: what about after-sales service? What happens when a minor or major repair is needed? Do they stock all spares? Are mechanics flown in from China? Do they have equipment on hand, of vastly different specifications, to service all of these different models? Are the damaged cars transported back to China, to the respective manufacturers' service centres?” 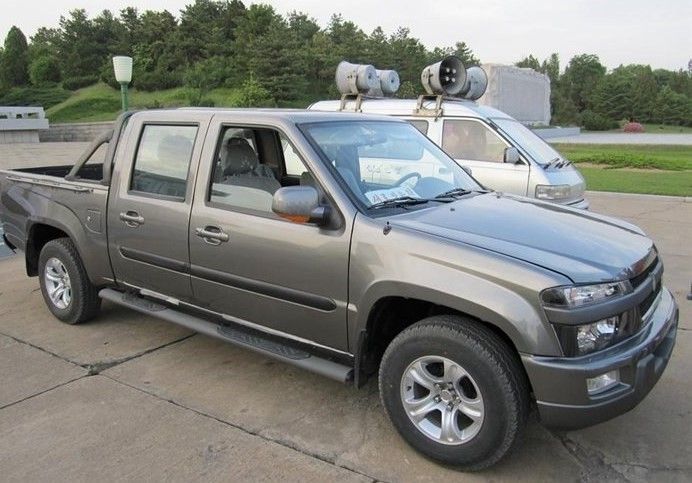 Unfortunately, over the years since the withdrawal of the Unification Church there has been almost zero activity at the Pyeonghwa factory site in Nampo itself. Aerial photos of the facility (full of activity during the joint-venture period), showed empty roads and an empty parking lot.

In November 2019, a Japanese Photographer who calls himself Jeje Noby took some pictures of new cars outside the factory. I recognize 4 Ppeokkugi 2405 (Ppeokkugi II), 7 Hwiparam 1504 (Hwiparam III), and a Beijing Weiwang Yusheng BW007 which was shown to the photographer. The Ppeokkugi and the Hwiparam were cars which were assembled during the joint venture, as I suppose the production line is still there, I think that these new cars were recently assembled. Besides, the number of Hi-Ace minibuses in North Korea seems to increase, which could be a result of local assembly.

It is best to avoid jumping to conclusions based on very limited evidence but I believe that it seems that the DPRK continues to assemble some Chinese-model cars, the same as before, on a very low scale though.

There are some other activities in North Korea, joint-ventures with Chinese companies to produce cars and light commercial vehicles, mostly planned for the future though. What role Pyeonghwa will play in all this is uncertain - best would be to find another partner of course but this is exceptionally difficult under the current sanctions regime (among other barriers of course).

Hopefully, another chance to create a domestic car industry will arise soon! A little more info on the Pyeonghwa Motors factory can be found in this Koryo Tours Travel Guide.