How do North Koreans learn to drive and get a drivers' license?

Koryo Tours interviewed one of our North Korean colleagues about his experience in learning to drive and getting a driver’s license in Pyongyang.

Here is what we learned!

Note: We keep his identity confidential, but trust is that the info is from a real-life Pyongyanger.
He also asked us to note that some of the rules and methods of testing may have changed in the years since he took his test, so some information may not be fully up to date. 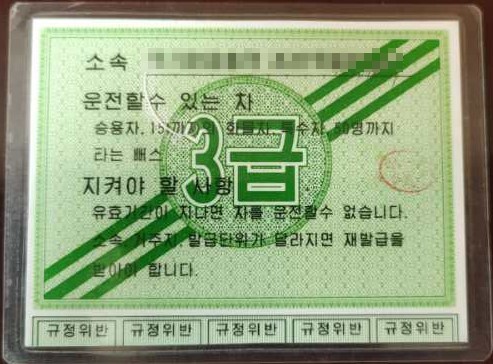 Students at the Schoolchildren’s Palace as well as some secondary schools have access to cars and take basic lessons in driving and mechanics as optional extra-curricular activities. These cars are usually old and simple ones with the simplest engines as they consume the least fuel and also are easiest to take apart and put together again.

Some universities (including the one attended by our friend) offer lessons as well.

These are optional, open to men and women, and take place both on university grounds and in certain areas where open and empty roads can be found. Our friend took these classes on the roads around the May Day Stadium. These are not driving lessons that go towards getting a license but more simply learning a practical skill. As the majority of people who drive cars in the DPRK are professional drivers, and the students of these universities generally do not aspire to become drivers, this can be seen as learning something useful rather than vocational.

- Are there any other ways to learn to drive?

For those who join the Korean People's Army, there are driving courses offered depending on the part of the military the person joins.

This is one way to get a license as part of a job, many tour bus drivers will have learned their skills while doing military service.

- How about the driving test?

The actual driving test for civilians is done in a traffic police control centre. There is a practical as well as a theory test and both have to be passed to obtain the license.

There is a mechanical element to the theory test and applicants are expected to have a basic knowledge of the fundamentals of how an engine works, how to change tires, to be able to fix basic problems.

There are different levels of license. The third grade one is the most common, giving the holder permission to drive cars, mini-buses of up to 15 seats, small vans and so on.

For anything larger, a more advanced test is taken which includes a more detailed mechanical element as drivers of larger vehicles are expected to know how to repair their buses, lorries, etc in a more complete way.

There is also a 4th class license though, and below that, there is one which is issues to those who own private cars - this license allows them to drive only their own car, and nothing else at all.

- What do you have to do to pass the test?

Prior to taking the test, some road driving is done (most of the actual practice and the driving test itself is done not on the public roads) so that the driver can see how real-life driving is done. Still, this is “not enough”, says our friend, and so some people take a while to get used to the actual traffic flow of real roads when they obtain a license.

- Can you get private lessons?

As private car ownership is very low there is not much of a market for private lessons, but if someone has access to a car through work then they can take some lessons from a driver who would be willing to help them. As fuel in the DPRK is expensive this is the main cost in practising for the test.

- Is there a theory test?

The theory test is a written test (not on a computer at the time our friend took the test). Mostly multiple choice questions but some that require a longer explanation. These are road rules, mechanical questions, hypothetical situations, and so on.

- Do you learn to drive an automatic or manual?

Those learning to drive must do so in manual transmission vehicles. Automatic cars cannot be used for the test or for lessons.

- How long is the North Korean driving license valid for?

The license is valid for 5 years and can then be renewed easily. There is also an annual theory test that needs to be passed to keep the license valid.

There is no end validity of the license, by which we mean there is no age at which you simply have to take the test again.

As there are not so many private cars around in the DPRK, and because not many retirement-age people will be driving, it is possible that this simply isn’t considered to be necessary.

- Why did YOU learn to drive?

Simply because it is fun, useful, interesting, and a life skill he tells us.

That’s a good enough reason for us!