Chongchun Gori (lit. Youth Street) or as it is known for the rest of the World; Pyongyang Sports’ Street / Sports’ Village, is a city within the city as described in Model City Pyongyang.

Pyongyang Sports’ Street was completed by 1989 for the 13th World Festival of Youth and Students and is the home to 10 indoor stadiums, a football stadium, 3 hotels, a health centre and restaurants. 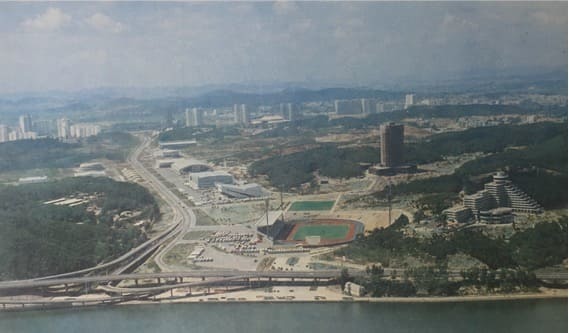 Constructions started in July 1986 initially for the co-hosting of the Games of the XXIV Olympiad (a.k.a. as 1988 Seoul Olympics) but eventually for the 13th World Festival of Youth and Students.

The indoor gymnasiums and other facilities were complete by September 1988, the three hotels were opened on May Day of 1989.

In 1985, backed by Cuban leader Fidel Castro, the DPRK suggested to co-host the 1988 Olympics under the name Korea Pyongyang Seoul Olympic Games and proposed to hold 11 events of the 23 sports (cf. the 10 indoor stadiums and the football stadium).

Several rounds of negotiations were held in Lausanne among the representatives of North Korea (DPRK), South Korea (ROK), and the International Olympic Committee (IOC) between 1986 and 1988.

In the meantime, construction works started in Pyongyang.

Many of landmarks of today’s Pyongyang were built during this period: the May Day Stadium, Ryugyong Hotel (still not complete as of July 2020), Kwangbok Street (a 6-km long avenue with 25,000 apartments), Chongchun (Youth/Sports’) Street, Yanggadko Football Stadium, and the Pyongyang–Kaesong Highway. In total, 260 new buildings were built that cost ca. 25-30% of the DPRK’s annual budget.

Although Pyongyang’s bid to co-host the 1988 Olympics had an ill-fate from the beginning as it lacked both the USSR’s and China’s support (both Moscow and Beijing didn’t want to risk their bids for future events by boycotting the Olympic Games in Seoul. Also, Moscow – now under the rule of Gorbachev – had a bigger agenda for peace and reconciliation while Beijing recognized the economic potential of South Korea and its benefits for China), several offers were made over the two years of negotiations.

The IOC also offered to call these events as Games of the XXIVth Olympiad in Pyongyang. At one point Kim Il Sung suggested hosting 1/3 of the events representing the 1/3 of Korea’s population that lives in the North.

After it became obvious that a shared Olympics between the DPRK and the ROK is not possible, Pyongyang proposed to hold the 13th World Festival of Youth and Students to counterbalance or even outdo Seoul Olympics’ success.

There is one thing the North managed to accomplish and the ROK couldn’t: there was one participant from the South; Lim Su-Kyung (“The Flower of Reunification” as referred to in the North) who travelled to Pyongyang illegally for the event (she was arrested upon her return to the ROK and sentenced for 5 years’ imprisonment).

Chongchun Street runs between Kwangbok Street and the Teadong River in Southwest Pyongyang, bordered by the Potong River in the East and Mangyongdae in the West.

The street is roughly 3 km long, intersected by Aesong Street that provides a corridor between Youth Hero Highway and Potong District. 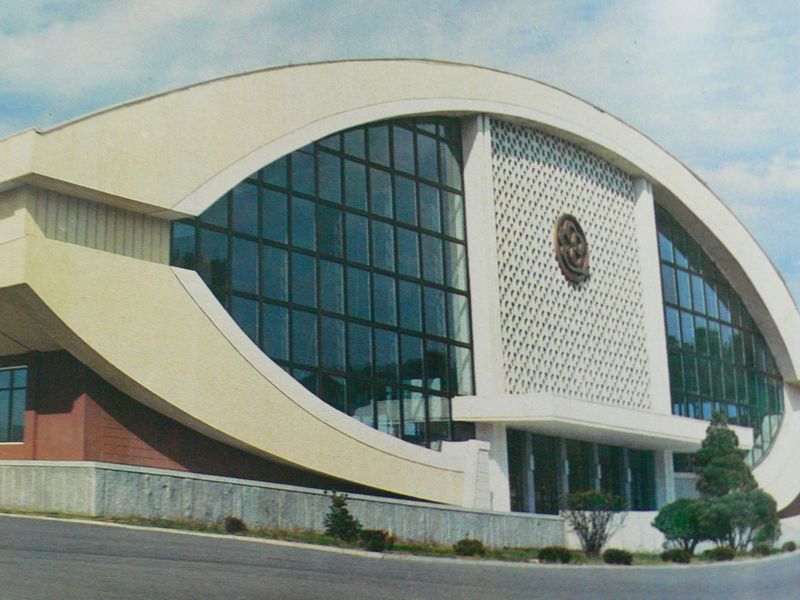 Chongchun Street is home to 10 indoor stadiums, a football stadium, 3 hotels, a health centre and restaurants;

Each indoor stadium built in brutalist architectural style has a unique design representing the sport it gives home to.

Today there are even more facilities on Sports’ Street that includes the Sacred Hall of Taekwondo and Maeri Shooting Range. 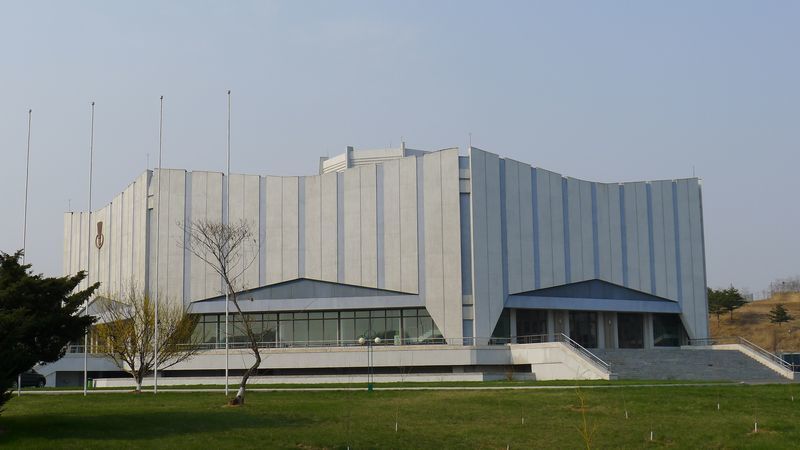 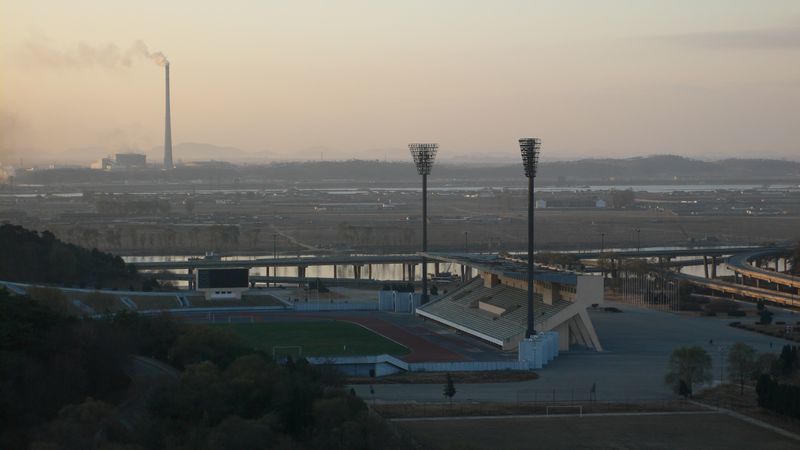